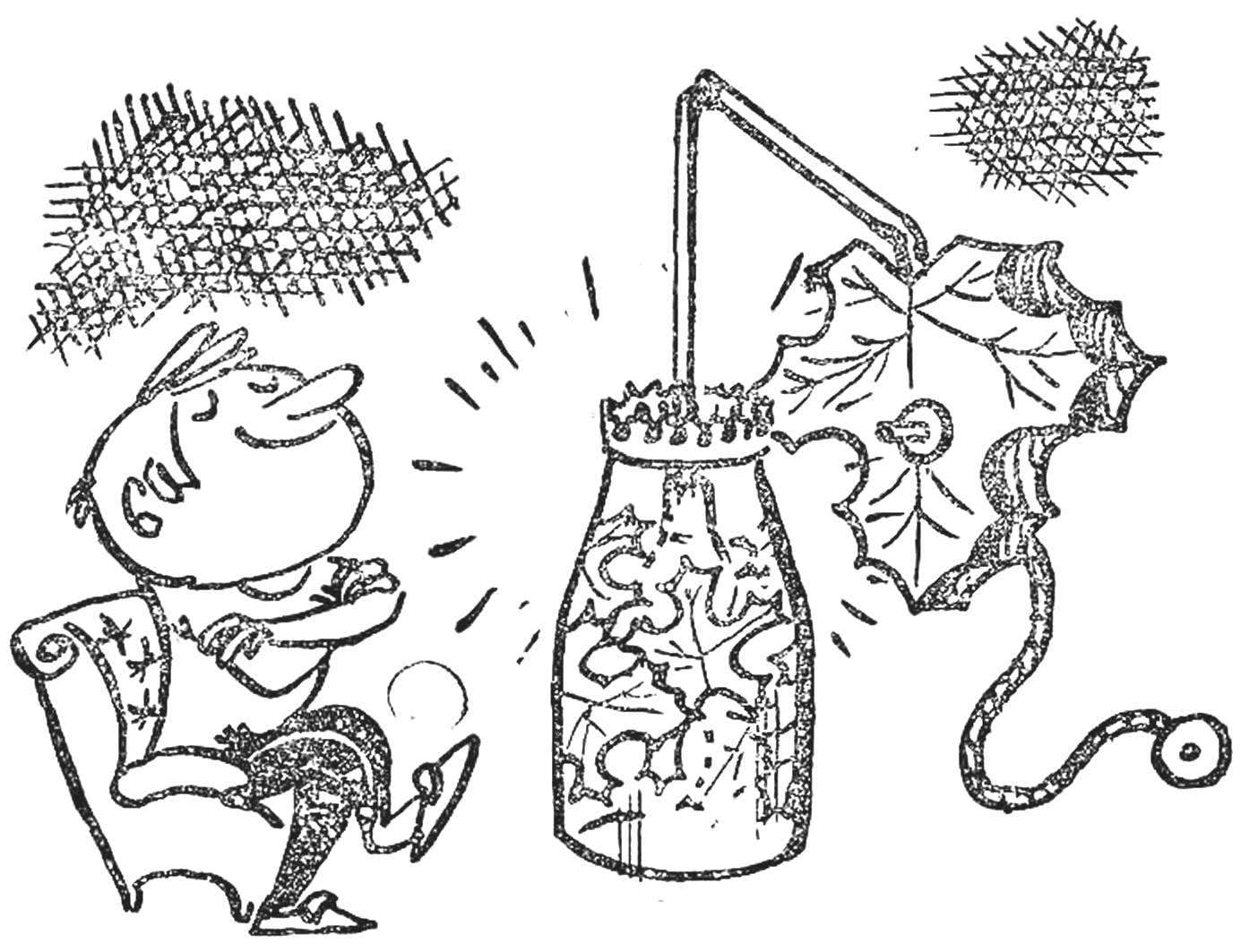 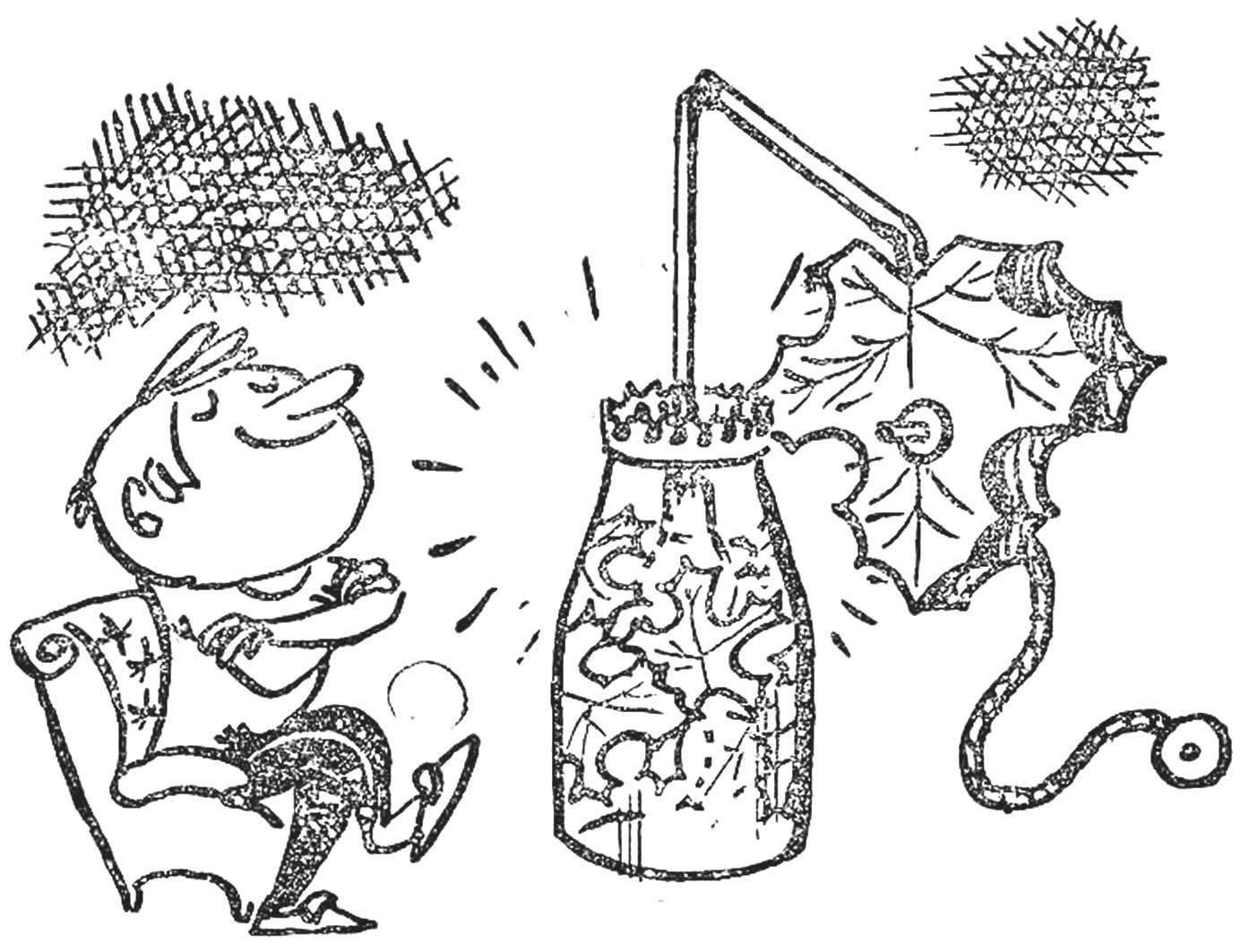 LAMP “AUTUMN”. Another art project that you want to tell, surely will appeal to many readers. Bra “Autumn”. It is better to make using autumn leaves.
To the front of the base of the sconce takes a sheet of plywood with thickness of 5-8 mm. plywood, apply a layer of epoxy resin and covered with a large maple leaf. The sheet must be dried by putting it on a few days in a book or propadu hot iron.
The top sheet also is applied to the resin layer and this “sandwich” is covered with a sheet of plexiglass. (Be careful to plexiglass and maple leaf are not left air bubbles.) Is applied on top of a sheet of plywood and put the cargo.
After 10-12 hours the load is removed, and the plexiglass is easily separated. Remains to cut the sheet along its outline using a jigsaw — and the front base panel finish.
Actually the base of the sconce is made from a sheet of plywood with a thickness of 13-15 mm., the Contour of the front panel is transferred to its surface and sawed jigsaw. In addition, in the base are cut two holes under the button-switch and the bracket. In the top of the panel drilled hole equal to the diameter of your existing tube (10-12 mm).
After gluing the ends of the trimmed base and covered with black lacquer or paint.
Light sconces can be made of canning jars of appropriate size and shape. To do this, the banks removed the bottom. This is done as follows. The line of the intended edge with a needle file or a file scratched risk. The Bank is put into the sink and poured boiling water. Usually the bottom in this case is separated exactly at risk. Then the edge trim is polished by fine-grained whetstone. This operation is best performed under running water. Grinding the end will take you less than an hour: take your time, not the best, you have broken the lampshade, and in the worst case can end with the cuts.
Then, on the Bank of the same epoxy glued sheets. This part of the work is carried out in two stages. Half of the banks is lubricated by the resin layer, in the desired “messy” it is superimposed sheets, which in turn also lubricated resin. Then the leaves are pressed to the Bank with plastic wrap as shown in the figure. 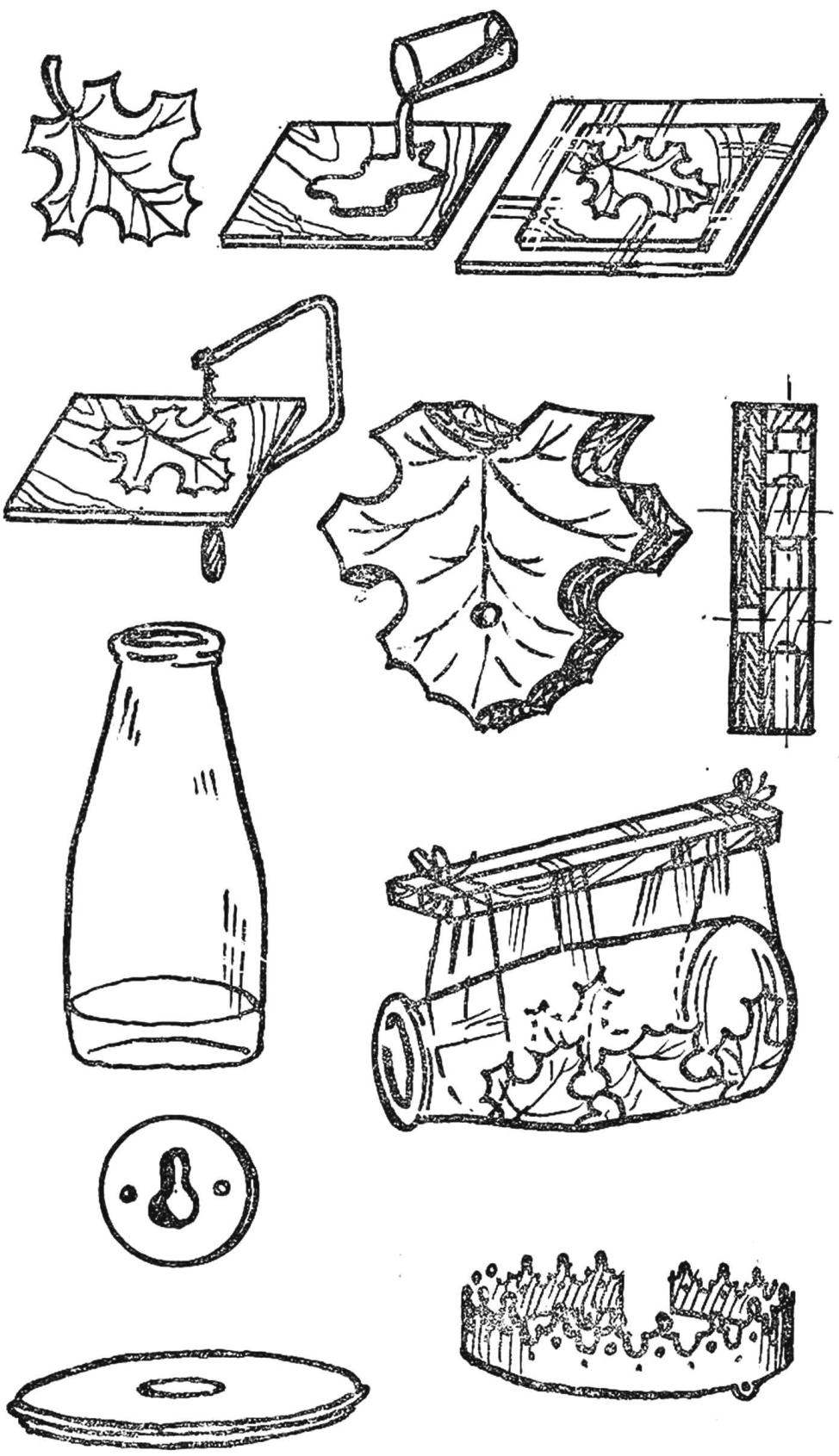 After curing, the resin in the same way, glued the second half of the banks.
The shade holder can be made from the tin lid. She rolled on the neck of the banks using the machine for home canning, then it is cut a hole for the lamp socket and prikladyvaya decorative ring crown made of aluminum. All this is painted black lacquer.
Build a sconce. In the front panel, drilled the hole and installed the button switch. Opposite the upper opening to the base by two screws attached steel plate of a thickness of 1-1,5 mm with a hole in the shape of a keyhole for hanging on the wall.
The top hole is inserted into the tube — fixing bracket of the ceiling. Going electric wiring. Sconces is ready.
In this small article I’m, of course, could not tell one hundredth part of what can be done with epoxy resin. I believe that the readers, showing a certain amount of imagination and ingenuity, will be able to find a use for such a truly “magical” material that is “epoxy”.
I. EVSTRATOV, engineer