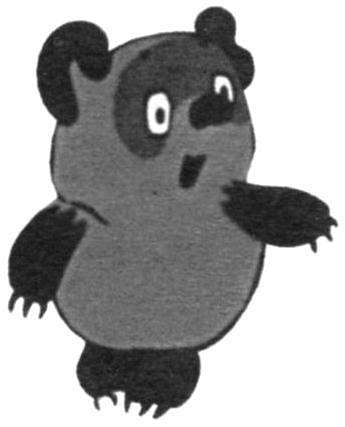 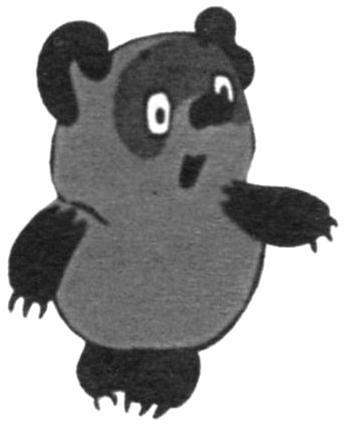 Many imported models of the industrial housing calls does not stop the flight of thought of an Amateur designer, but on the contrary. To install the house call that will surprise and delight guests – a worthy reason to continue playing. The obvious advantage the home worker before the foreign industry is the knowledge of local cultural traditions, so when I decided to develop an idea, character, ringing the bell, it didn’t take much time.
The first thing needed to choose a bell, any melody and volume fight. The second element in determining the dimensions of the device were magnetic starter -it was decided to use for propulsion. The dimensions of other elements of the call determined based on the size of the bell and the magnetic starter is the scenery had to be commensurate with the bell and a block from a casual look the drive mechanism.
The frame structure are the base (house), bottom and placket, cut from chipboard thickness of 16 mm. it is Better to use these details pane, old unwanted furniture having smooth, covered with foil or veneer planes will ease the decorative finish of the call. For the figures of Winnie the Pooh and legs, pulling the cord, used as construction plywood 4 mm thick. On the rocker arm and the lever went trimming construction plywood with thickness of 8 mm.
Preparing these basic items, you can begin placing items on the base. Rocker arm shaft is made of a bolt М8х100 removed from the set anchor bolt. Also in this set taken sleeve, cut to such a length that the yoke was kept at the head of the bolt. The hole for the axle is drilled in the rocker arm so that the lever had shoulders about 1/3. On one end of the rocker arm is attached a bell, then rocker, lever, bottom and magnetic contactor are on the base. The mutual location of the parts must be such as to satisfy the following conditions:
a) the call cord connecting the short arm of the rocker arm end of the lever should be approximately vertical then the transmission from arm-to-rocker will be the most effective;
b) move the lever on the magnetic starter shall be in the range of 8-12 mm, to make full use of the length of stroke of the armature of the starter.
When the position of these elements selected, we need to identify the location of the axes of the rocker and the lever. Please note – the axis of the lever is mounted at one end on the figure of Winnie the Pooh, so its position also makes sense to take into account when prototyping. 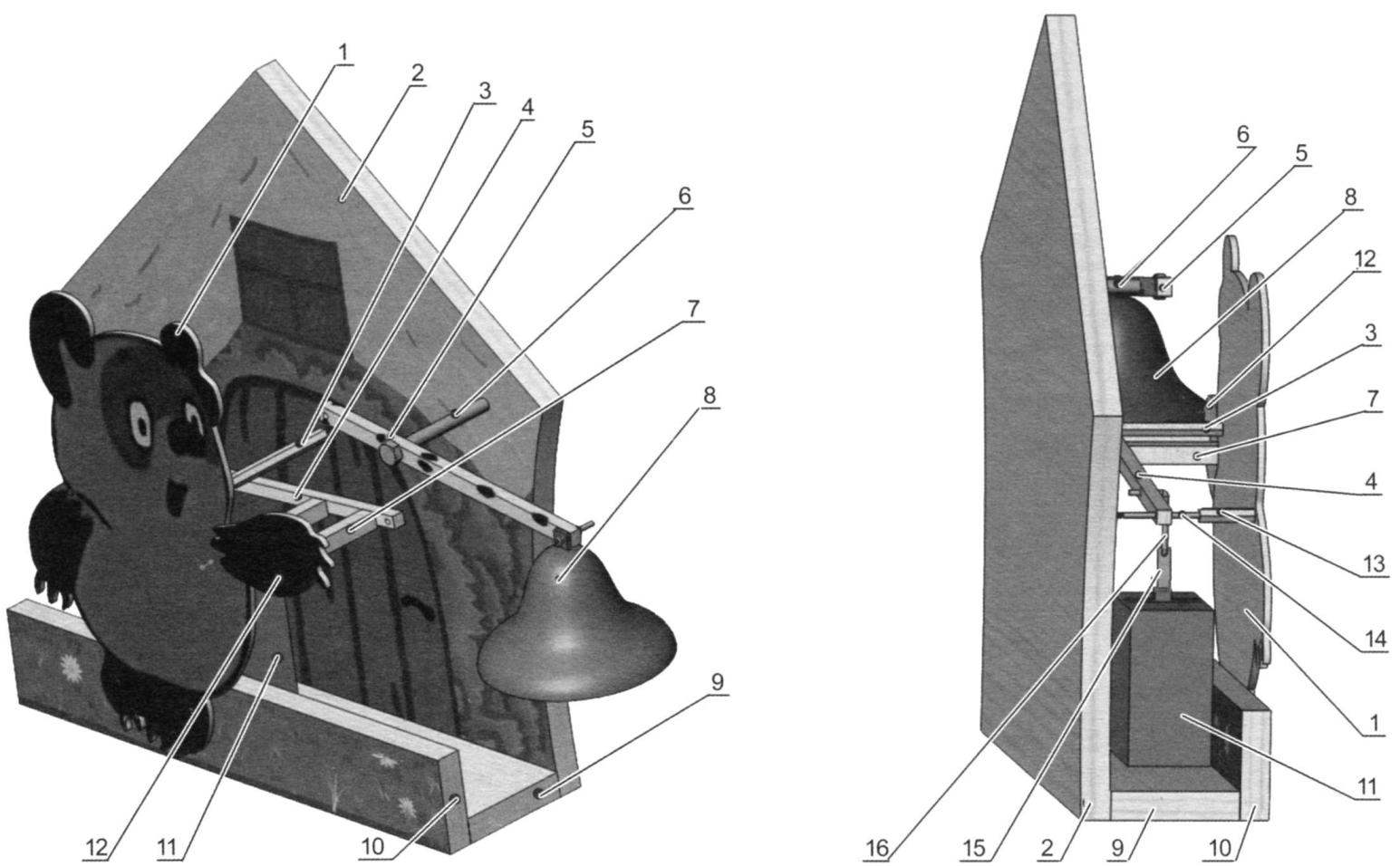 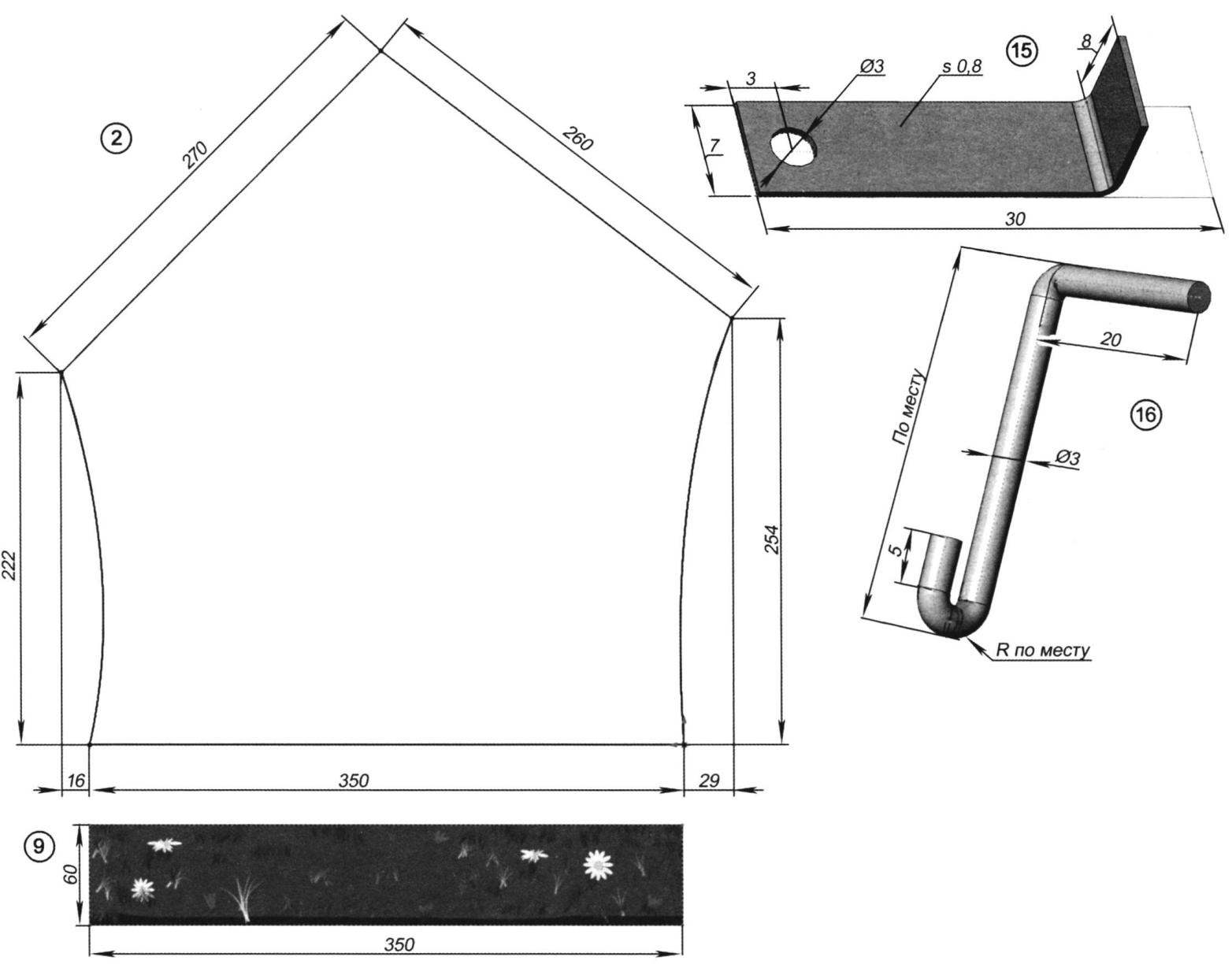 Apartment bell on your own taste:
1 – Winnie the Pooh (plywood, s4); 2 – base (particleboard, s16); 3 – (pencil, 90); 4 – the lever (plywood 8×8, L220); 5 – rocker (plywood 8×8, L220); 6 – anchor bolt М8х110; 7 – rack (rack 10×10, L50); 8 – bell; 9 – the bottom (DSP 70×350, s16); 10 – plank (DSP 70×350, s16); 11 – magnetic starter;12 – paw (plywood, s4); 13 – (pencil, L=300); 14 – stud М3х70; 15 – clip (tin, s0,5); 16 – thrust (wire Ø3)
The lever axle is made of studs M3. From the figurines of Winnie the Pooh axle is inserted in a wooden sleeve with an axial hole (3 mm piece of pencil lead with the extracted and reamed hole) bushing is screwed to Winnie the Pooh a screw 2,5×12 countersunk head. To prevent cracking of the bushing can be wound on each end a few turns of thread on the PVA glue. The other end of the axis of the lever is inserted into the blind hole 3.5 mm at the base of the house, and I decided not to fix the axle in the hole. Another stand between the figure of Winnie the Pooh and the base is designed mainly to limit the “lift foot” – leverage is not balanced, and in the absence of pulling force from the starter’s bell-heavy. This stand is also fixed by a screw to the figure of Winnie the Pooh and inserted in a blind hole in the base.
The connection lever and the rocker arm is flexible, made using cut cord or rope. In the same context, the stronger the counterweight reducing the force required to raise the bell. The fact that a system of levers, transmitting force from the solenoid actuator to a rocker, requiring a very high effort – I have a pull force at the connection point of the thrust was about 1.5 kg. it is Clear that not every magnetic contactor will be able to develop such an effort. Therefore, to reduce the requirements on the electromagnet for thrust force I have done the following.
Assembled levers and attached a bell, and then the lace started to bind lead goods purchased in the store fishing products. Combining loads, I have ensured that the bell was raised by pressing lightly on the rocker with your finger, but the lifting of finger again fell, causing the entire system to its original state. After I removed all the cargo and melted them into one disc, which was tied to the lace.
Transmission of force from the armature of the actuator to the lever are made using the two parts of the earrings and traction. Earring can be made of roofing iron, and traction is fine 3-mm electrode. When setting the earrings have a little sharpening hooks on the anchor of the starter – otherwise the earring will rest against the body of the starter when lowering the anchor.
One of the last elements set the leg – it is mounted on the lever through a small stand on glue or small screws. The length of the pillars is chosen such that the paw was located in the 1 – 2 mm from the figurines of Winnie the Pooh.
Collecting call and verifying it on the table, you can begin to paint. This operation will give Your call originality and attractiveness. Those who are fluent in computer graphics, can just draw on the screen the desired image, print them on a color printer and stick on the surface of the base, straps, figures, Winnie the Pooh and his feet. I went the other way – bought acrylic paint, primed intended to paint the plane and painted the call manually. Thick, textured brush strokes gave the images some extra volume from what, in the end, the finished crafts will benefit.
Assembly of electric wiring connection of a call does not have any differences from an ordinary electric bells, so much to dwell on it, I will not. I will only remind that the call operates on AC voltage of 220V so when connecting you must comply with the requirements of the safety rules.
In conclusion – about the installation call. This device formed the shock load, move a fairly significant mass, so the mount call to the wall must be reliable.
E. BEACON, Ufa