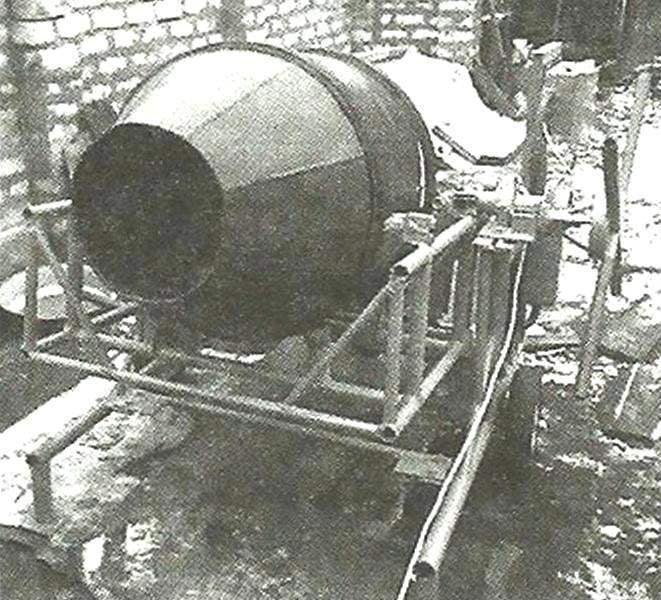 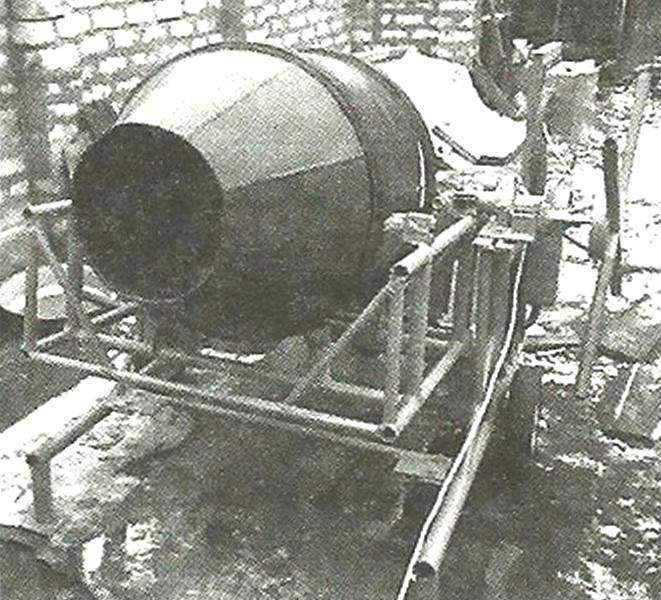 Mixer intended to receive the concrete mixture or cement-sand mortar. The performance by volume – 15 two-gallon buckets of a mixture in the ratio of 1.5 buckets of cement + 4.5 buckets of sand + 9 buckets of gravel (water not included) in one batch in for 15 minutes (5 minutes: to load, mixing and unloading). Structurally, the mixer consists of three nodes: capacity (mixer), suspended cradle, bed.

The mixer is made of three parts: a cylinder and two truncated cones. Through the front cone – longer -loads of cement, sand, crushed stone, and unloading of the finished solution. Short taper at the rear part, attached to which a power drive is strictly for mixing concrete. Material – sheet steel 3 mm thick, construction – welded, with a diameter of 630 mm.
Capacity rotates on bearings suspended cradles. The circumference of the tank glued two rubber bands, which are the “treadmills” for the bearings. They are made of conveyor belt thickness of 12 mm and significantly reduce the noise level when working, and also compensate for inaccuracies in the manufacture of “barrels”.
Inside the tank are welded four blades under an angle of 30° relative to its longitudinal axis. Their purpose consists in mixing concrete and unloading of ready mix. The blades are made from the area with dimensions 45×45 mm. 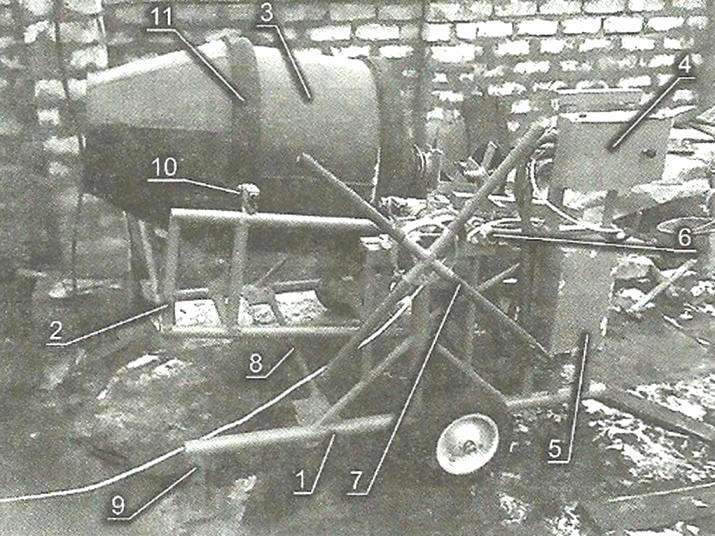 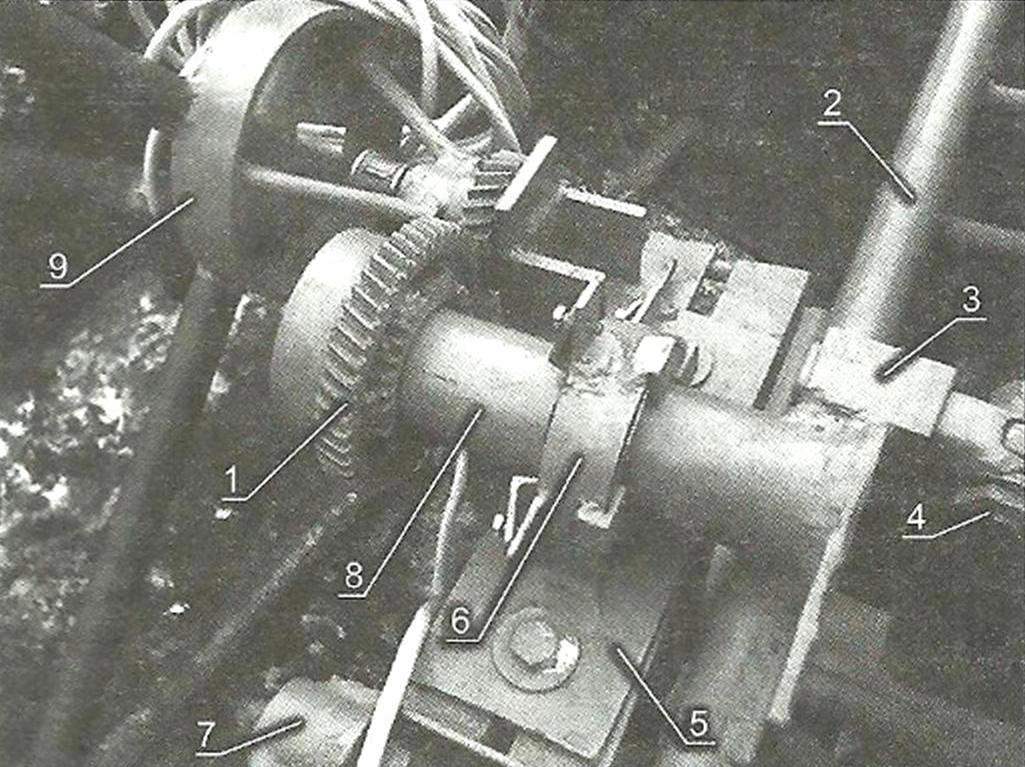 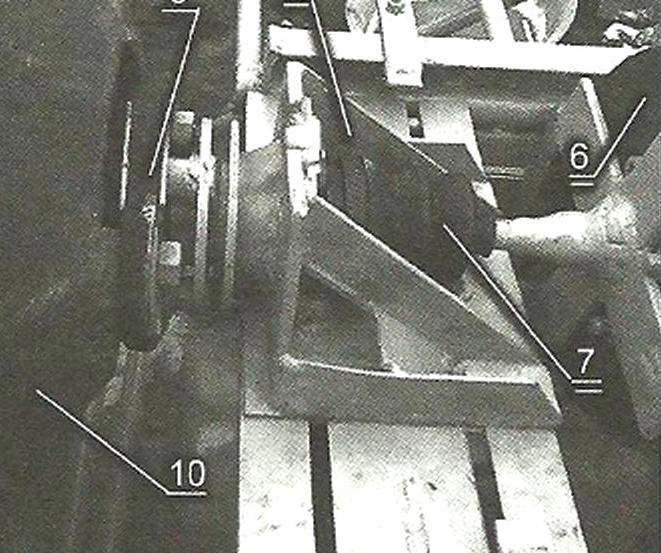 The drive of the mixer (left side view)
The connection of the side poles and rods (two horizontal and one vertical) bolt.
The side racks from the bottom front of the welded additional support polustoiki, and the center of gravity axis of the wheels.
The wheels of the mixer – all-rubber. It is desirable to have two wheels on each axis that will provide little specific pressure on the ground.
In the vertical bar rotatably mounted on the mechanism and turning the crossbar to ensure the translation of bassinet from the working position to the unloading position.
To avoid electrical shock, the mixer is grounded. It paved the separate wire directly from the electric motor and fastened in the course of the bolt to the side of the rack frame, and then attached to a metal tip probe with a diameter of 12 mm and a length of 500 mm. the Pin before any work is hammered into the ground.
Mixer portable. Time to bring it to “camp” as only 30 to 40 minutes; about the same goes to the Assembly after transportation. Disassembled easily placed even in the car VAZ-2104.
After making my mixer worked continuously throughout the autumn of last year from “morning to evening”: it was a recycled sand over the body of the car KAMAZ and six bodies of gravel and water is used-do not read!
Now the mixer works flawlessly in one of our horticultural societies.
A. KUKUSHKIN