Looking through the model magazines for the last couple of years, you’ve probably noticed a sharp change in the appearance cord racing model aircraft. They have disappeared, it would seem, absolutely necessary stabilizer. And it’s not just a tribute to another sport fashion. See what kind of patterns are models of the prize-winners of competitions of different ranks, increasingly they are flying wings. Some of the appearance of these devices, resembling a kind of pancake, not like others talking about a more modern and rapid appearance of the model. But form form and racing microplane primarily sports equipment. And from this point of view, a flying wing has many advantages over apparatus of a conventional circuit. What? First, the “tailless” much easier. Typical “representative of the” new school weighs 150 g, while an old over 220 g (without engine). So, significantly reduces the time during which the model accelerates to maximum speed. Yes, after stopping the motor it is hindered by the faster. And this win precious fractions of seconds! Less weight leads to less tension cord control. The pilot is getting easier: even at high speeds the centrifugal force is not so much to strain the hand.
Second, compact (you will see it and transportation) model less prone to breakage, more reliable in operation, has high stiffness and strength.
Use the tailless Soviet athletes wanted for a long time. In 1973, the “M-K” acquainted readers with a similar model. But then she has gained popularity not dread the apparent instability in flight and when moving along the track. The situation is different today. That’s why we give these pages a story about racing a “flying wing” of the most modern design.
The main material for its construction was balsa. Unfortunately, not yet found a substitute, able to fully meet the job-racers. Apparatus made without the use of this amazing wood, or is too heavy or cannot withstand the huge overload during overtaking manoeuvres, and landings, and even more meetings with mechanics hand catching model.
Large overload predetermine and special wing design — switching of separate plates with different orientation of annual rings (do not confuse them with the fibers — the latter only along the span). The horizontal position of the rings on the billet butt give the durability front, the vertical will help the wing be stiffer in bending.
Drank all the blanks-plate thickness of 7 mm, the second from the nose cut out and prestolite grooves for the cord. On the mandrel, glue the balsa slats that make up the external parts of the trailing edge. On a flat Board stocks by using the resin K-153 (it gathers all model) dock all blanks, except for the back plate into one. After curing of the resin wing and glue this part of the wing, then turn over his lip. Rear piping to avoid deflection, scored from three-millimeter plates, the front extends to the external tip and carries hornbeam (1.5 mm) increased edge. Ending cut from basswood, as well as a diamond-shaped cutout to a thickness of 7 mm at the axis of rocking. 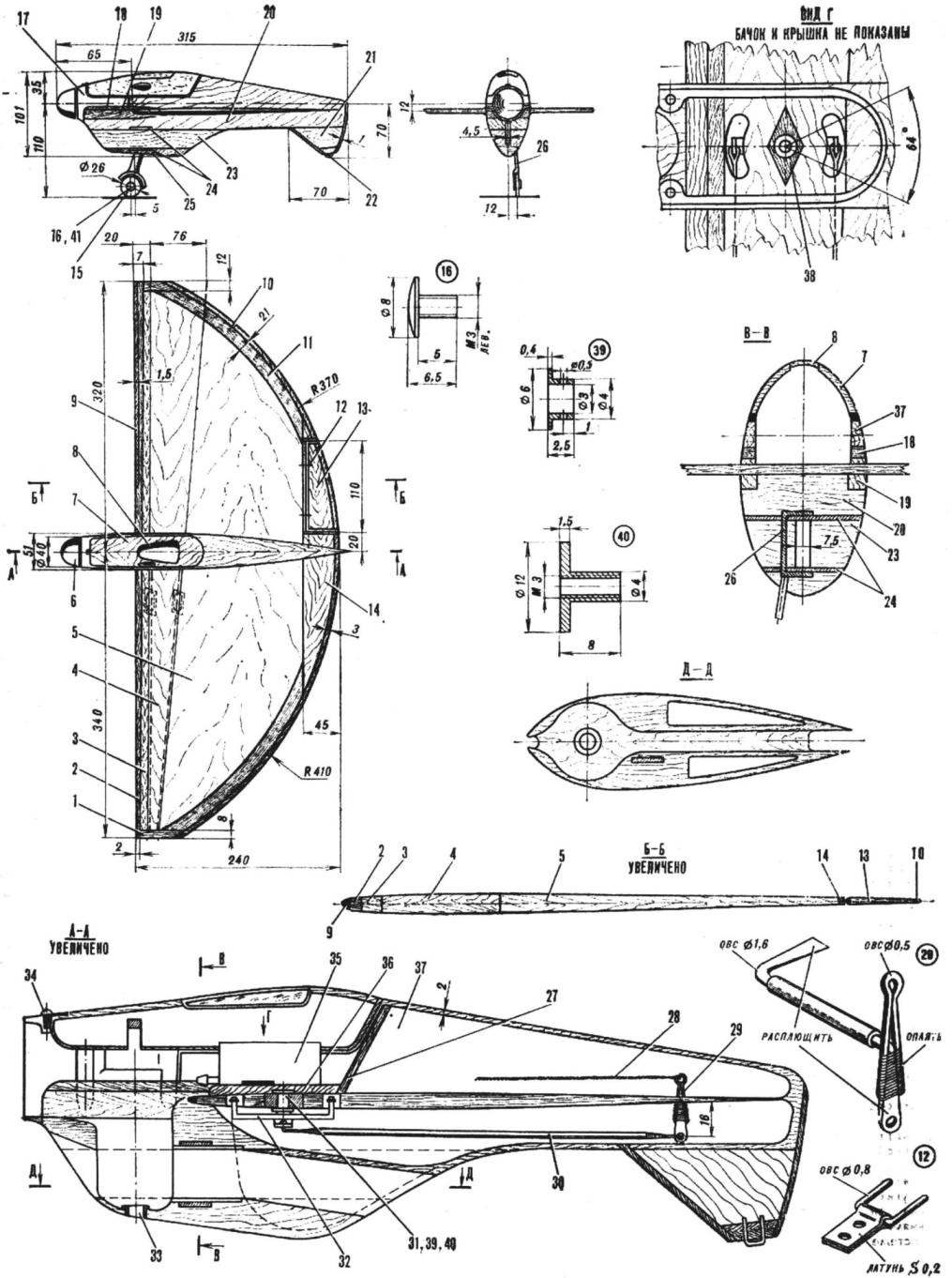 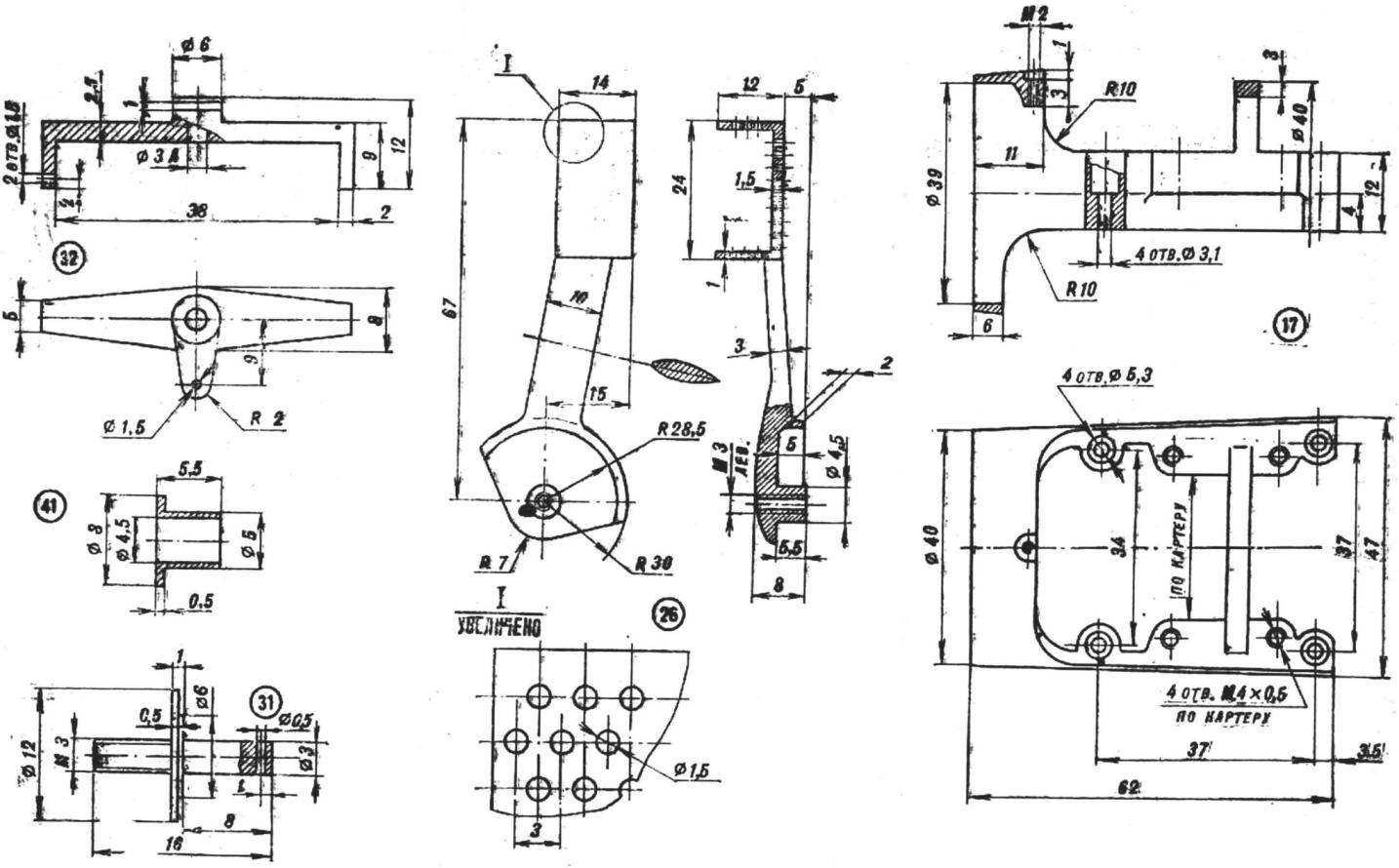 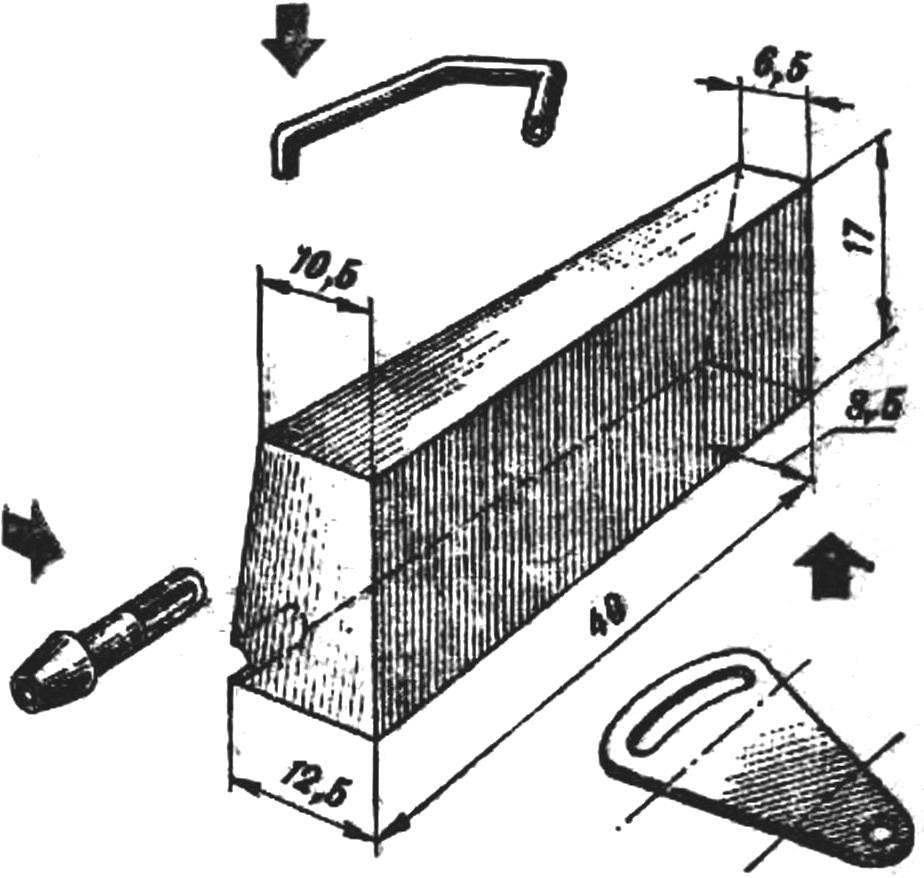