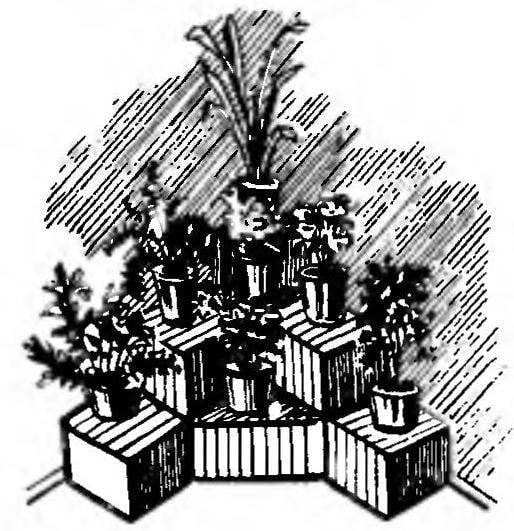 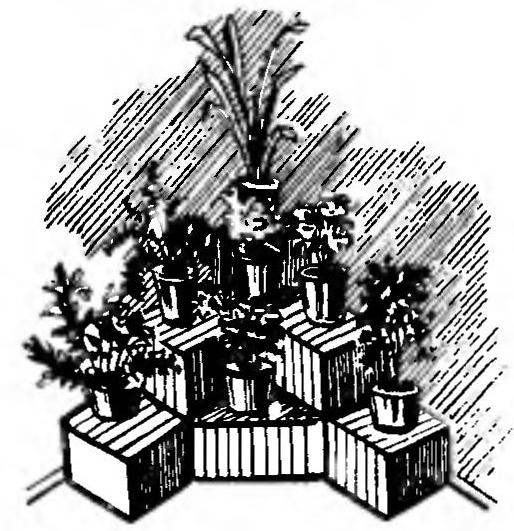 Indoor plants, even if they are not in bloom, pleasing to the eye is a part of nature. But for the growers is always a problem where to place them in the house? The most common options: on the window sill, in pots, on walls or on floor stands. What if, indeed, collect them in your area, as proposed by the Hungarian magazine”, Earmaster”? For shade-loving plants, you can build a small picturesque hill, which can accommodate a fairly large number of pots. Such a composition not only decorate the room: the plant is easy to care for, to water.
The design of the slides can be fixed permanently residing in the corner, and mobile, made up of separate blocks of modules, which, if necessary, it is easy to move to another place or to increase by adding the same blocks.
In the first and in the second case the slide is made of wood. This requires simple blanks available, that is, a bruski section 40×40 mm for the frame and thin boards (siding), plastic or plywood for sheathing. 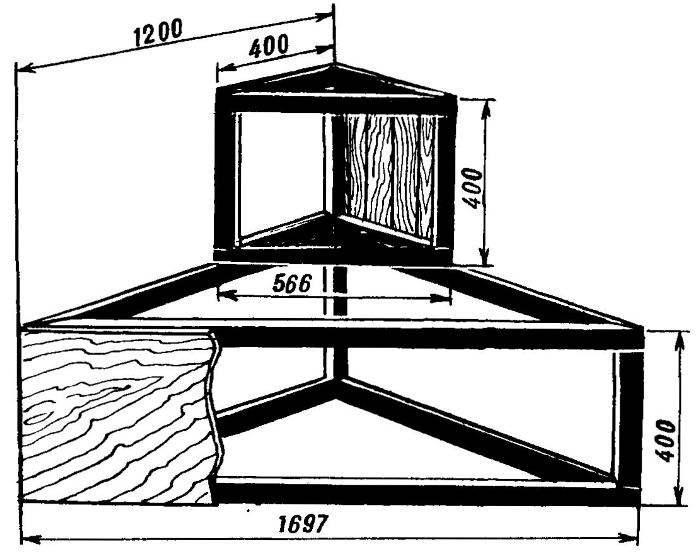 Two-step flower hill NC two wooden prisms
“Fixed” the first option is called conditional, because it is also buildable. Is made up of triangular blocks, the largest of which — the base. Him for the formation of the step pyramid sets the blocks smaller. The figures show two – and three-step variants of such slides assembled from triangular blocks.
For the “mobile” version of the flower slides are made of two types of modules: the “cube” and “prism” are Both from the same materials and the same on the frame basis. Frame Assembly Adobe easy — on nails or screws, no complicated finger joints is not required because the casing of the modules is solid as a monolith. For a three-stage mobile slides need at least eight modules of “cube” and two “prisms” 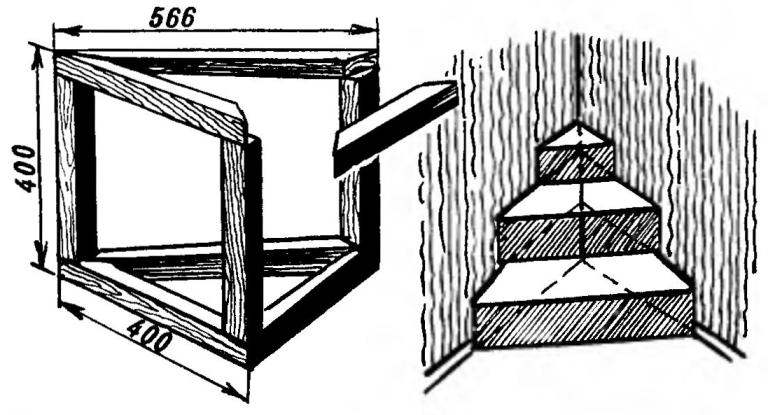 The triangular frame of the module and tractorista “stationary” slide “prism”
Despite the fact that the flower mound itself is almost not visible, as the upper stage almost completely cover the green of the plants, nevertheless you need to take care of the decoration of the surfaces of the assembled structure. On plastic, obshivka can not speak, here the surface immediately acquires a finished look. But the wooden planes need to be processed not only to improve appearance but also to protect it from moisture, inevitable when watering plants.
The easiest way — impregnation with varnish. With this kill, as they say, at once two hares: preserves the texture of the wood and the surface of the slides becomes water-resistant. The same double result and a coating of multiple layers of oil-based furniture Polish.
However, if the material slides outwardly not as winning, then it is better to paint with oil paints, for example, green or brown. And in the modular version of the slides is possible and mottled coloring of bright, contrasting colors. It all depends on imagination and taste of the performer. 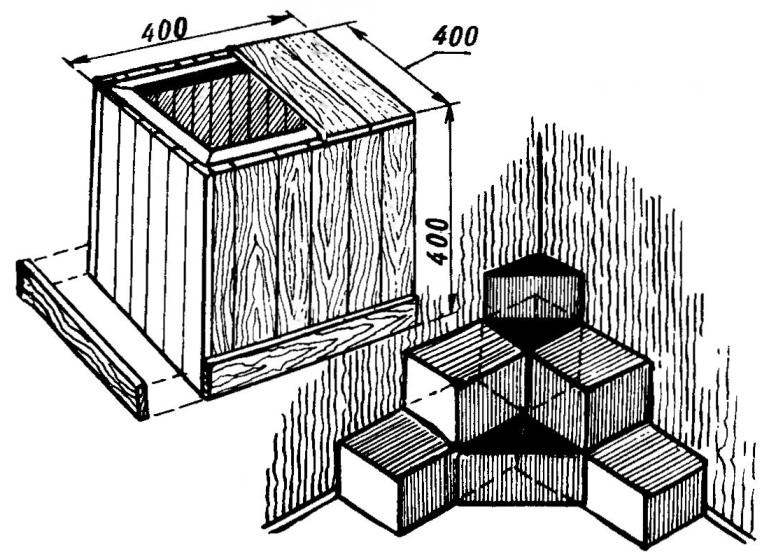 Module “cube” for the team slides
Similar designs, floral hills applicable for a city apartment and a country house.