If the kitchen area in the apartment or in the country is small, then a table for folding it is preferable that, in the period between Breakfast and lunch or lunch and dinner he would take less space and do not interfere. There are different designs of such tables: sliding (when the extension plane are “hidden” under the main tabletop); folding (half-way through the cover through the hinge is superimposed on the second half, twice reducing the area of the tabletop); drop (when of the table top hinges down to the legs).

However, sometimes you want a narrow table, which could be one end to stick to the wall, dropping only from this side part of the countertop. This variant offers the Hungarian magazine”, Earmaster”.
The feature of this design is just that and consists, that the oval tabletop has one descending wing. It is attached with a piano hinge that allows you to omit the loop in the case where it is necessary that the table takes up less space at the wall. 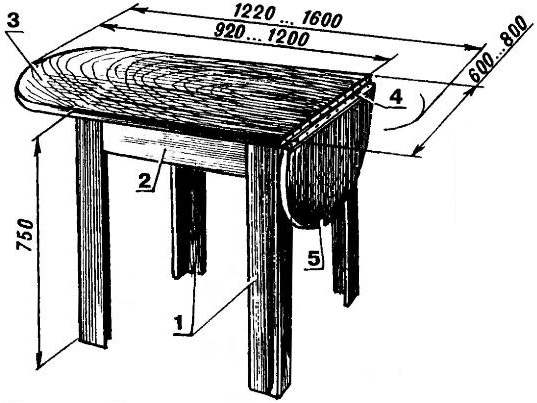 Assembly of the legs and cross member with clamps 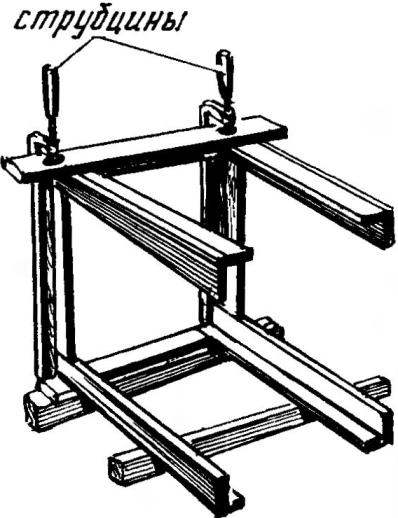 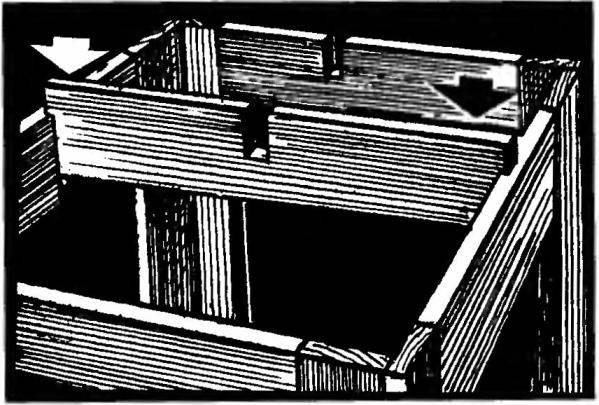 Installing Central strut frame
In addition, the table has other features that facilitate its production. First of all, this applies to the legs. Usually they are made from a single bar and get massive, weighting the entire structure. Here applied quite original option: each leg consists of two boards stacked at right angles. At the top they are connected to the cross members, and forming with them the frame of the table.
Unusual and the connecting parts of the structure. They are not pins (round design), traditionally used for these purposes, and almond-shaped plywood dowel connecting parts. Oiled carpentry, casein glue, or PVA, they are securely reinforce the joints, giving them necessary stiffness. The slots under them are a disk cutter secured in the Chuck of the drill.
Horizontal wing of the countertop holds podstolny retractable plank, resting in the grooves of the respective cross member of the frame and its Central strut. 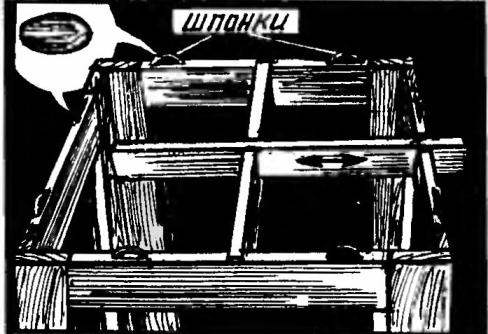 Position support bars in the grooves of the spacers and frames 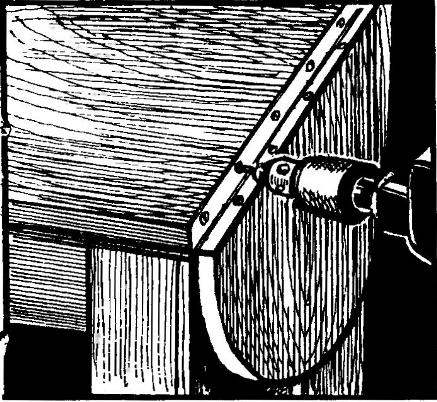 As already mentioned, the descending wing of the countertop is attached with a piano hinge, screws for which it is advisable to pre-drill holes(slightly smaller than the screws diameter) and the screws before tightening to lubricate.
The most advantageous finish table made of chipboard — color enamel paints in bright colors. If the table is made of veneered furniture of the shield, the edges need to decorate the narrow strips of veneer or plastic, and then cover with several layers of furniture varnish with intermediate drying and polishing.