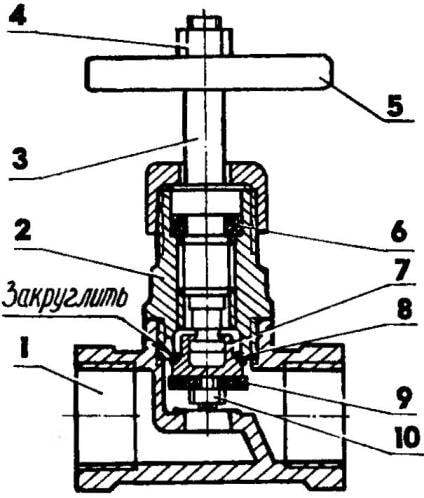 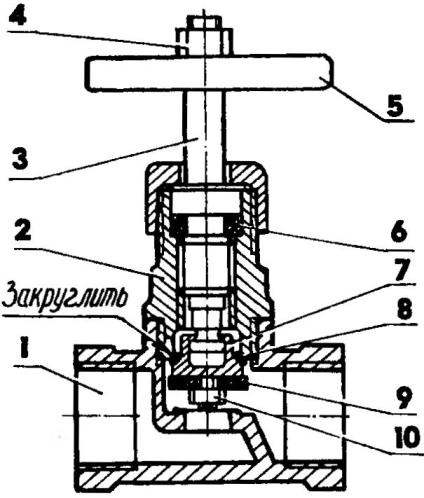 Utilities are widely used shut-off valves — they are in all water inlets in the house and each apartment. Earlier these devices were made of iron or steel: casing — cast iron, and the remaining parts (except seals) — steel. Such gates are still many in the water supply systems, although most of them are not working: their thread has long since rusted and the stocks firmly rooted to the heads. And these are “rarities”, playing only the role of coupling, but unreliable, as the water through the hole in the head stem still leaks.

Modern valves — bronze, brass, or stainless steel, and corrosion cannot handle them. But using valves from case to case when it is necessary to turn off the water to replace the worn gasket in the faucet or the faucet itself. But just this circumstance contributes to their withdrawal from the system over time on the thread stems from the constantly falling water is delayed, as in the pipes, so solid salts and oxides that wrap, if necessary, the valve costs a lot of efforts, which often cut off the edges of the tetrahedron flywheel or stock, and often breaks off, and the stock.

Extend the life of the valves both from ferrous and non-ferrous metals is possible by simple retrofit.

The old black valve you can try to revive, since its replacement by “color” because of their different lengths will entail more and replacement sleeves (and if the connection is not, and reconstruction of part of water). To this end, a special fluid (or kerosene), softening the rust, it is necessary to Unscrew the head together with the rod and nut and try to separate the part in a vise. If it succeeds, then clearing all the items from rust and polished with the valve seat in the housing and the lower surface of the head, gather the node and upgrade the valve to set the knot in place.

The modernization of the valve is simple and only install one additional seal, now on the top of the conical valve surface, which, with the full opening of the valve eliminates water ingress into the threaded joint of the rod-head.

The seal is a ring cut from rubber sheet with a thickness of 1-2 mm and put on the valve.

The edge of the inner hole on the bottom of the head should be round, so it does not cut through the rubber seal.

Now, with the full opening of the valve (and its operating position in the housing the water pipes usually is) light pressure, the valve by means of the “reverse” of the seal overlaps the bottom hole of the head and the water there does not fall, and therefore, there will not be deposited large quantities of salts and oxides, and the site will remain operational for many years.

If this idea be interested in manufacturers of valves, they can advise you to do the whole upgraded valve gasket, as shown (POS. 11). Then will be simplified and the valve do not need fasteners gaskets. Depending on the design it can be a bronze screw with a washer and a threaded hole for it in the valve or the threaded valve stem and nut with washer.