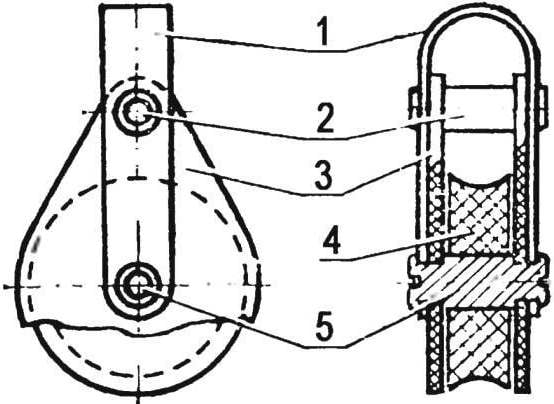 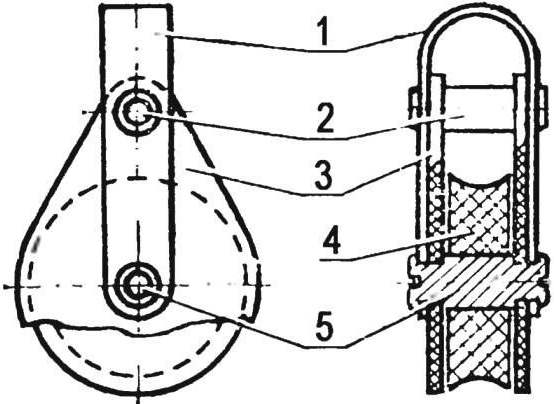 You built a sailing ship — yacht, Dinghy, catamaran, or simply equipped with a kayak sail. There is no doubt that the main attention was paid to the fabrication of the hull, mast and sails. On a small, inconspicuous at first glance the parts of a sailboat, remember, in the best case, upon completion of its construction or even after the boat in the water and the first trial of sailing. But these details nonetheless are an inseparable part of the vessel.
In relation to the tasks to be accomplished all sensible things of a sailboat can be divided into: devices for fastening and tuning of standing rigging; for securing running rigging; to control the sails and finally, for mooring and towing of the vessel.
Standing rigging — steel, natural or synthetic ropes holding the mast upright. These include the stays, guys, and braces. With the hull of the sailing ship, these cables are connected by metal plates or brackets (potensi) and tensioning devices (turnbuckles).
Modern boats are usually used metal lanyards — flat and spiral. To make easier the first. They are a metal band (stainless steel) with nasverlennye throughout the length of the holes of the Strips are parallel to each other and are connected by bolts. Much easier to screw the lanyards. They consist of three parts — a threaded sleeve (case) and two screws — one with right-hand thread and the other on the left. Respectively executed thread inside the coupling. The rotating coupling can in a fairly wide range to adjust the tensioning of cables, stays and other rigging items.
Lanyard shown in the picture suitable for a tourist sailing vessels of small size (up to 4 — 5 m length). The material for it may be any non — corrosive alloy, stainless steel, brass or bronze, but you can use regular steel with chrome plating, cadmium plating or galvanizing. 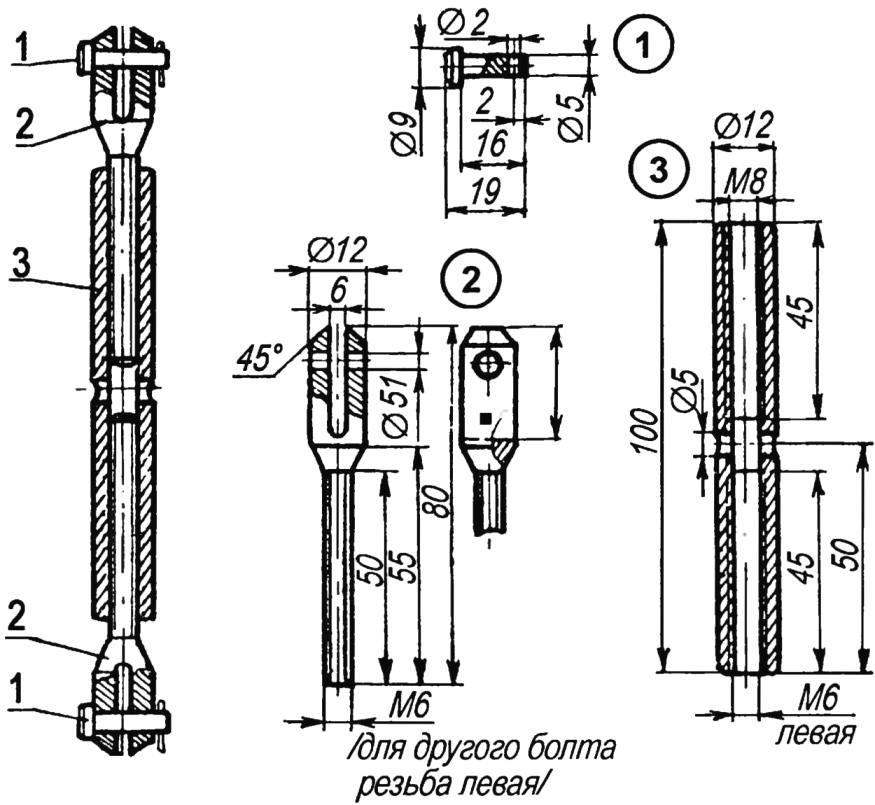 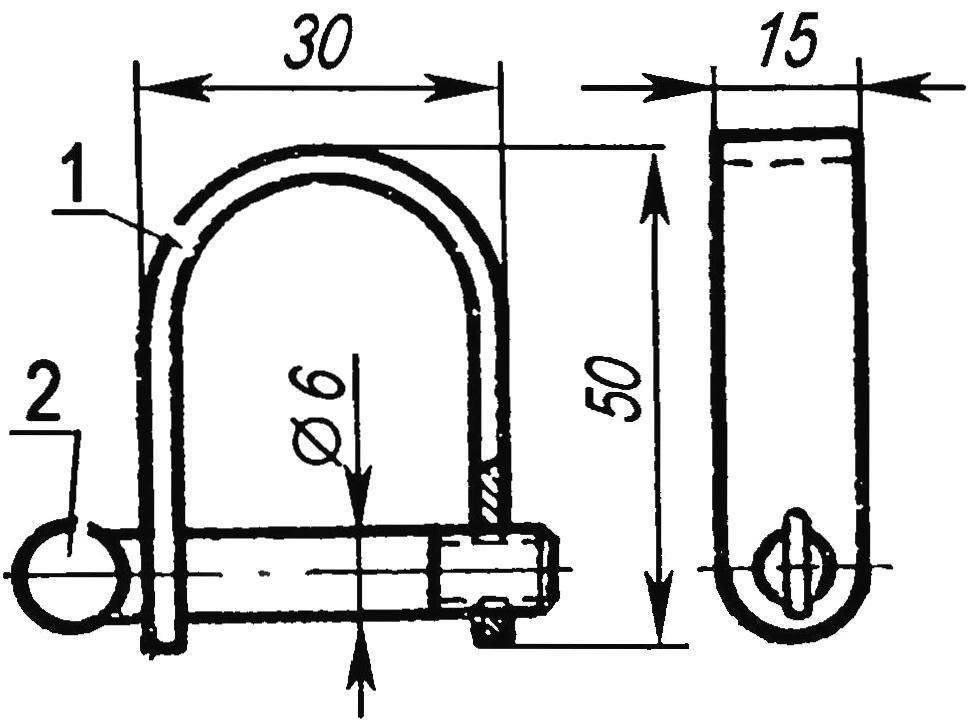 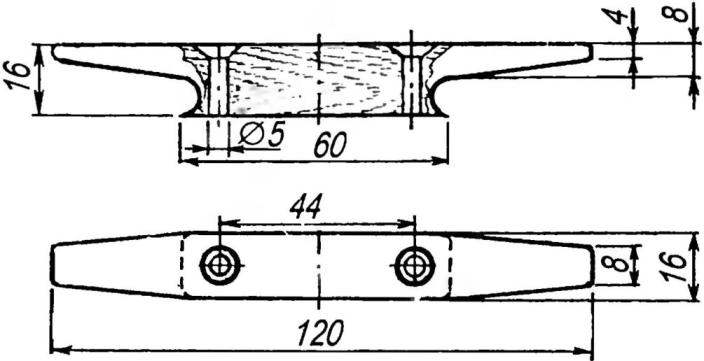 Wood duck and its basic dimensions
Refer to the running rigging sheets and halyards — ropes to control the sails and hoist them on the mast. Those cables attach various lifting straps, or as they are called, lobes. They are made from round or sheet steel. “Closed” lobe bolts of appropriate diameters. Instead of a bolt often used with cylindrical finger pressed into him pin and locking finger provides a notched hole (with a slot under the pin). Finger inserted into it and rotated 90°. Stamped on the clip groove does not allow it to rotate, providing fixation.
Lines Scots and halyards on sailing vessels lay on devices such as ducks, Kopel-pins and retainers of various designs. What ducks and Kopel-pins used for long term fixing gear (when the gear is not necessary permanently to work), in other cases, use the stoppers.
Duck is the stand specific forms. They are made of wood, metal or plastic. Gear are attached to them “eight” . Dimensions of ducks depend on the diameter of the cable and applied to it loads.
The jib sheets and main sheets, that is, tackle to control the sails, mounted on the yacht with different stoppers. Structures the great variety of them: Cam, Cam, roller, slotted… But the problem they have a free flowing rope in one direction, to wedge (lock) it when moving in the opposite direction.
One of the most responsible and sensible things of the sailboat block. As you know, the single movable block gives a gain in force twice. To obtain more of the winning blocks are combined into blocks, which are used to control the mainsail. The gain in force is measured by the number of Lapps, that is, the ropes forming the hoist. So, two Scots posting in Lopera gives a two-fold gain in power, and wiring in four or fourfold, respectively. 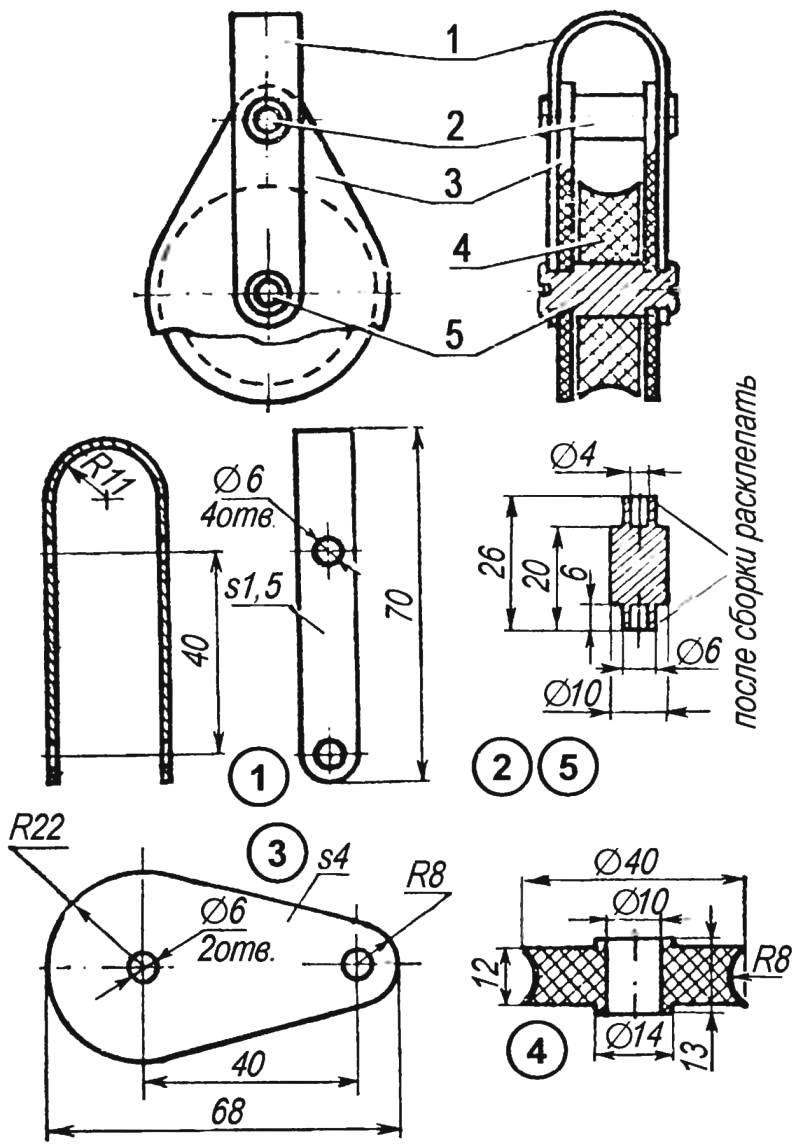 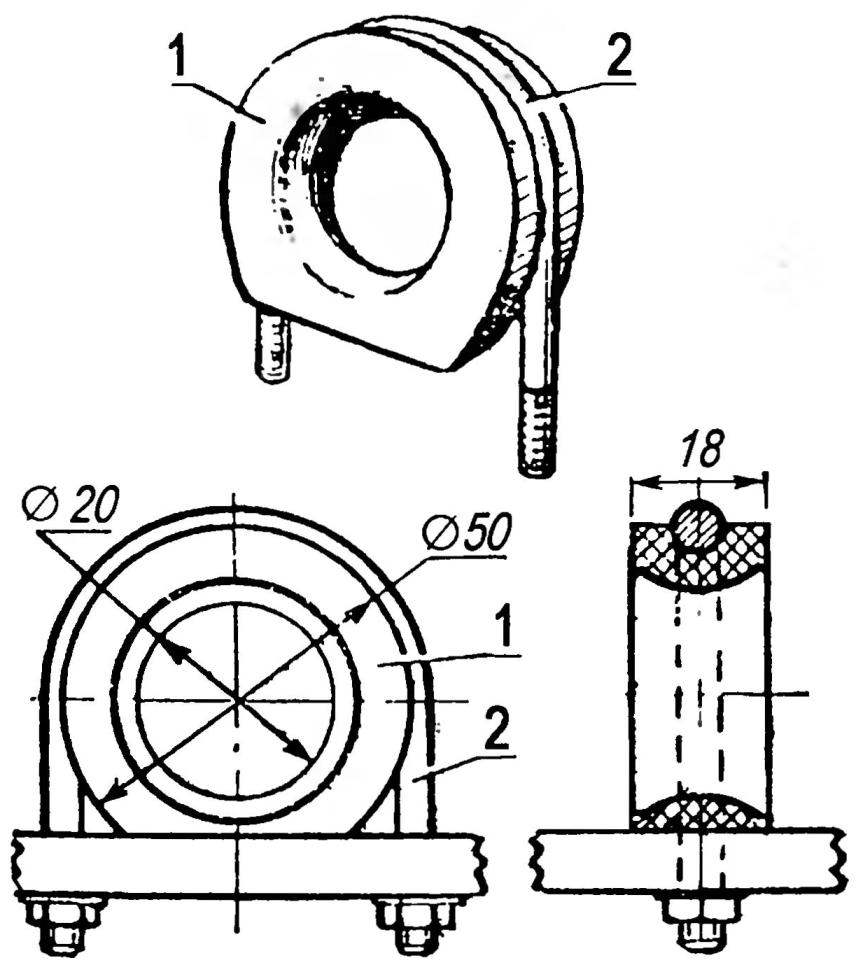 Fixed Kip:
1 — ring; 2 — clip.
The blocks of different structures are, in General, of the same parts. Unit — plastic or metal pulley — roller with groove, along which moves a cable. The pulley is located between the metal or plastic cheeks and connects with axis (Nagel). If cheeks plastic, the peg is fixed on the wrought — bent metal strip, which is also used for the suspension unit. Structurally, these devices can be single-sheave and mnogochlenami, but as a rule, more than three pulleys in one unit do not unite.
Block sizes are determined by the size of the pulleys. The only thing to consider, that by the use of small diameter pulleys having a large loss due to the bend of the cable, therefore is the best pulley diameter, four to five times the diameter of the used cable. Width of the pulley is chosen such that the cable, moving along the groove does not touch the cheeks. This condition is fulfilled when the width equal to 1.4 — 1.5 diameter of cable.
For posting the running rigging (the Scots) are used bale rings with openings that have rounded edges. They are secured on the hull of the ship still or on the shoulder straps — tilting bars on which they can move. Material for Kip is a metal or plastic (textolite, Micarta, polytetrafluoroethylene). The stationary ring attached to the hull metal straps, and movable mounted on the slide moving on a tilting bracket. This setup gives the ability to change the direction of pull of the mainsheet
Of course this is not a complete description of all fittings used on modern sailing ships, here are only well-established design that is used mainly for tourist sailboats.