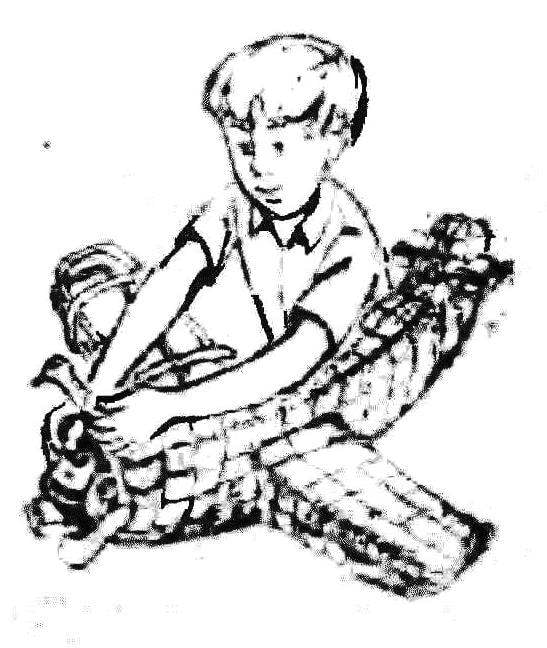 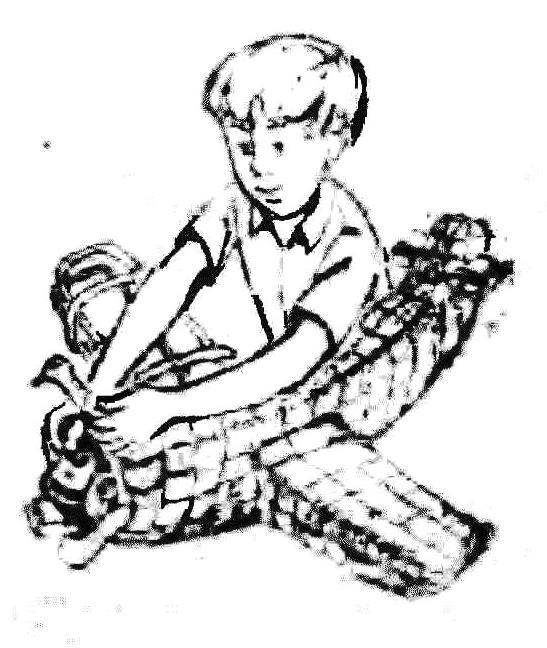 If the plane piece of iron are induced to razor sharpness, and the Board you plane them, without knots n ROE, from the plane pours a silky ribbon chips such strength and beauty that sweep it into the trash just a sin.
Young technicians syut Czechoslovak city of Plzen has found a use for chips together with other materials to make models.
If you glue strips of veneer such improvised in a few layers with epoxy, you get blanks for the ribs. При1 the angle between the strips of chips of about 20-30°, and glue the package is best between two sheets of organic glass — it is easier to separate the workpiece ribs. As shown, the durability of such parklea even higher than that of mm aircraft plywood. 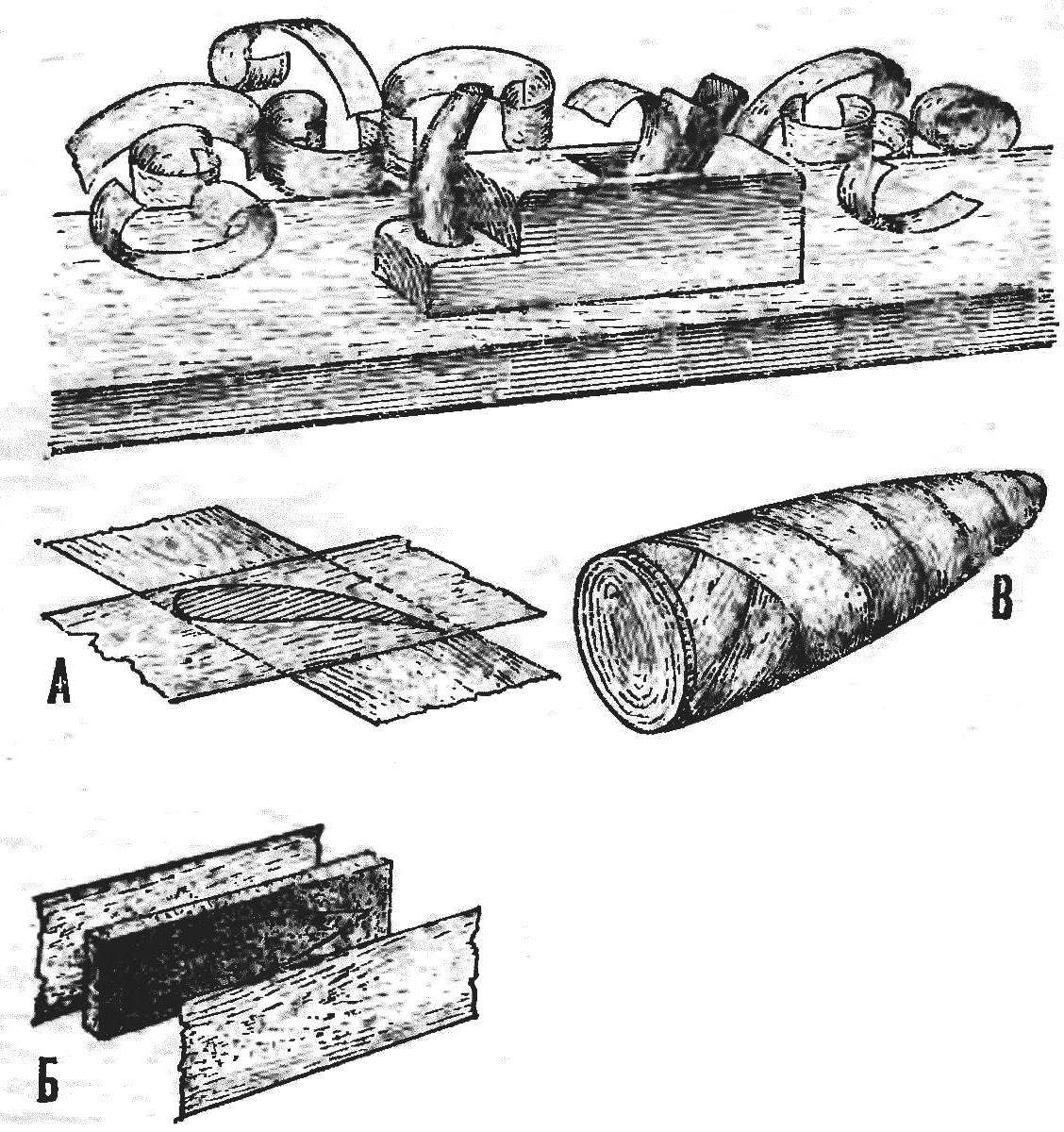 That’s what can make a Modeler out of the ordinary chips:
blanks for ribs (A) and (B) as well as the shell for the cowl or fuselage (In).
Used Czechoslovak modelers and another method of making ribs is a sandwich consisting of a foam core and two shell chips glued on the epoxy. This rib is stronger than balsa, and the weight of her below, so as to facilitate the items received do not have to.
This chip is used for vyklicky shells — hood and fuselage of model aircraft and boat hulls. First, cut a wooden disc, opened the separation layer is wax polishes, and then sealed in several layers of veneer chips, and the layers are arranged at an angle of 45—60s. Every one to two layers privinchivayut with plastic tape and left in this state until a complete curing. Then paste subsequent layers until the desired thickness of the shell.
I. GOREV