“Competition motors”… These words you will hear today in any event — such was the struggle for victory in almost all sports classes. Ship-, auto – and aircraft modeling — all success is unthinkable without the unique materials and techniques for making homemade or high-powered serial superdigital. The exceptions are rare. Perhaps this is the only copy, yachts and aerobatic Yes “bouzouki”. And the pilots of modern RC UAV-unmanned aerial vehicle-the”acrobats” often complain about the lack of power of the engines!
Especially clearly this “contest” is evident in the cord of the speed classes. All the achievements and records of recent years — only at the expense of engine power. Let the athletes do not take offense, but is it possible to consider technological revolution introduction to circuit chassis car racing u-joint or the rejection of the external wing on the high-speed model aircraft “projectile”! But this is the most significant change in the mentioned classes, the rest relate only to the constructive solutions of separate components and parts.
Agree, the picture is bleak,” Truly creative work on the creation of new models actually nullified under strict requirements of the rules and traditional design solutions. It seems, we can only start production of a good apparatus, and to deal exclusively with the engines. 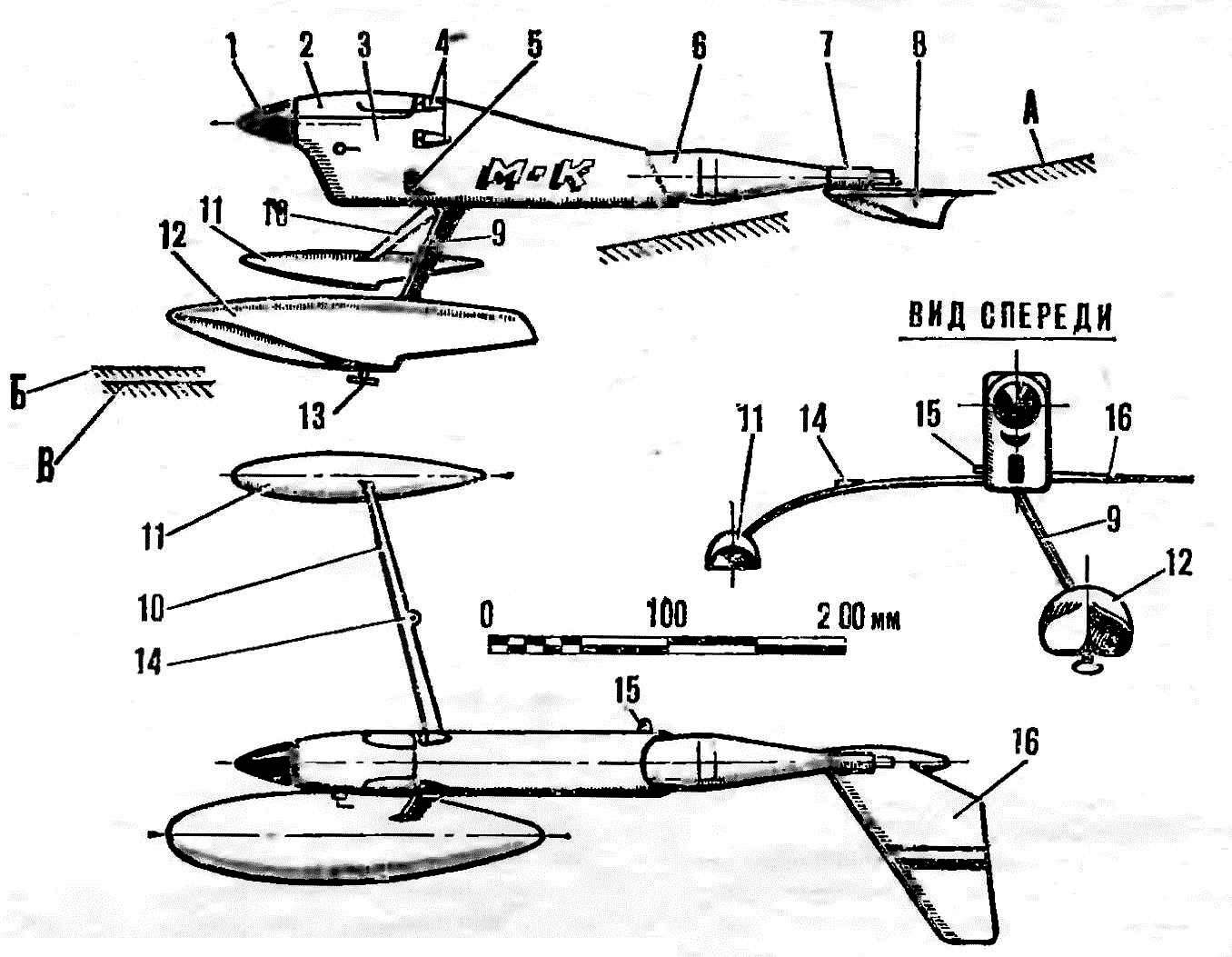 Fig. 1. Appearance model paraglider class B1:
1 — spinner, 2 — removable cover fairing, 3 — fairing power plant. 4 — the deepening of the approach to the motor attachment screws. 5 — output window cooling air. 6 resonance of the exhaust pipe 7 clamp for stabilizer, 8 — auxiliary tail float, 9 — strut of the main float 10 — front additional start float 11 — additional start the float 12, the main the float 13— the heel of the redan, 14, 15 — point attachment bridle, 16 — stabilizer And the level of the Vedas with the engine off; B — the water level at the exit on the redan primary float; B— water level when entering rednow heel.
Fully all the above applies to cordovil speed boat. Five, ten, dagadarthi years ago, they were similar to today’s. Really this class was a “dead end” as it is called classes, better results in which is possible only by speeding up the engines! Is there no way to fight the monotony of technology! It turns out there is!
The editorial Board invites the attention of young and experienced athletes an airboat, developed by designer and Modeler V. Artamonov. Let’s see how technically handsome, justified and proposed a way out of “deadlock”.
The work on the new model began With the endless search layout, which can provide good speed of aerolister with the installation of domestic micro serial “Talka-2,5 K”, has Been viewed all known variants of high-speed microshadow-eagle. But substantial gain not promised to any of them. Mass is almost the same for the same type of Moto installations, the size of the external surface of the device, affecting the aerodynamic characteristics and ultimately on his speed in the race also on the same level. And this has been recognised in the speed classes “leader” as “Rossi 15” I, unfortunately, was not. What should I do? No wonder athletes say: “a Good model is a good motor”.
But this statement helped define the unusual appearance of the new device. Was that really more profitable to leave one engine associated with it only the Essentials for a successful check-in, to remove all the excess! Down with the traditional way of designing, it is necessary to go from the model to the engine, and Vice versa!
A particular benefit of such a transition here. Succeeded in getting rid of the bewitching influence “standard” long needle-shaped buildings, to design a model record of small size, mass, “wetted” surface and resistance. Indeed, the hydrodynamic losses under well-defined parameters of sponsons in the first place depend on the mass of the device, the sponsons need to keep above the water on the plane. And the aerodynamic resistance is reduced, accordingly, reduced the external surface of the model. For sufficiently smooth the contours of the elements located in the air flow, benefit from such conversion will immediately reflect in the increase of the maximum speed. The modern gliders, class b-1 running so fast that the main and decisive factor in the development of new models become issues of aerodynamics, “the element” air has a much greater impact on the movement microsun than native size — the “nature” of water.
After small adjustments in the preliminary sketches fully manifested unusual design’s glissade-
RA. The engine is closed lightest fiberglass “hood” streamlined shape, immediately behind the rear wall of the housing is a frame-bulkhead Foot Carter felled, which can significantly reduce modeleve the cross section of the fairing, while there is opportunity to reduce the overall length of the “hood” while maintaining the same magnitude of lengthening!

Fig. 2. Layout model aerolaser:
1 — spinner 2— engine “Talka-2,5” 3 — power frame (plywood), 4 — fuel tank. 5 channel under the nozzle exhaust resonance tube 6 — additional frame (plywood), 7 — Vileika fairing (fiberglass), 8 — a resonant exhaust pipe, 9 — clamp for stabilizer (aluminum), 10 — auxiliary tail float (foam sheathing — fiberglass), 11 —stabilizer (balsa paneling — fiberglass). 12 — the base of the rack, 13 — front (steel),14 main float (foam sheathing — fiberglass),15 — frame float, 16 — strut redan-term heel, 17 — ridanna heel.
In fact, now no engine is installed on Motorama and fairing on the motor. This is done using the elongated screws securing the rear wall; bulkhead-bulkhead only helps to mount items such as the rack floats, fuel tank and maintain the resonant exhaust pipe. Mass rigidly connected with the engine parts, the model is unusually small. It would seem that this should affect the maximum power developed by the motor. As is known, two-stroke engines due to the partial unbalance of the moving elements vibrate at work. And of the amplitude of the oscillations largely depends on the mechanical losses in the cylinder-piston and crank groups. Therefore, the installation of a similar “vibration” on a massive basis led to an increase in maximum speed. We have a lot of motor compared to the engine is extremely small; in fact, it will work as if suspended in the air.
Get rid of the negative influence of vibration, or rather, lead them to a level commensurate with a tough motor, managed with the help of simple modifications of the piston and the crankshaft. The first, made of aluminum alloy, light weight by removing excess material on the bottom and on the walls, in addition its mass is reduced by the recess of the window in the center of the skirt, not passing through the exhaust outlet of the cylinder bore. It should be noted that “Talka-2,5 K” in “color” version of the cylinder-porntoy group a few rebalanced, so after a careful check had to remove a lot of material with a counterweight on the cheek of the crankshaft, especially after relief of the piston. But the results of re-balancing is conducted immediately made itself known! The engine on a Special non-rigid stand was added with the same prop about 500 rpm, even compared with tests on normal steel.
Remained “hung” on the engine a couple of floats and tailplane. Purely ship modeling elements are mounted on light elastic feather springs, the main redan advanced suspension, which significantly stabilizes the motion of hydroplane in rough. The stabilizer is also installed… on the engine! Pre-rendering extended frame-hood was nearly finished, when the idea to put a light plane of the stabilizer directly on the shank of the resonance of the exhaust pipe. Thus, the mass of the model became even smaller — removed an unnecessary piece fiberglass fairing, aerodynamics, at least not a loser! And from accidental lowering of the outlet of the exhaust pipe into the water protects micropolar mounted on the node of the whole control system.
A few words about the position of the edge of the main redan on the center of gravity of the model. Probably will confuse some small removal of the center of gravity back, usually its value is many times greater. It is considered that high leverage serves to compensate the tilting moment from the thrust of the plant. So it turned out that this factor has virtually no effect on the mode of movement! More importantly. With a significant takeaway multiplied effect “of the irregularities of the track”, the slightest wave, fell under located far in front of the center of gravity of the step, immediately throws the nose of the glider up, the flight becomes unstable! The transfer of the point of planning nearly under the center of gravity with sufficient softness of the suspension, provides the perfect movement even with a relatively large wave. In favor of the new scheme is the fact that, to ensure its normal position in the star ponadobit-
Xia stabilizer very small area.
On production models took only two weeks. The first trial starts confirmed the correctness of theoretical conclusions. Suffice it to say that it was not necessary to adjust any one of the parameters “corps”, except for a slight rearrangement of the stabilizer at a negative angle of attack of about 2°. What’s next? Is there a possibility of improvement of this scheme? Try to get rid of the side of the float, is needed only during the launch to protect the models from roll and lowering the bridle in the water? Or try to go from gliding to “flight” hydrofoil? The latter seems the most real. The main conclusion is that “dead-end” situation there. We need to find ways to improve such a seemingly simple and as complex in theory and design of modeling technique!