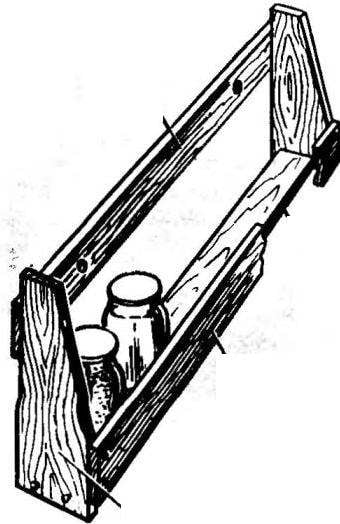 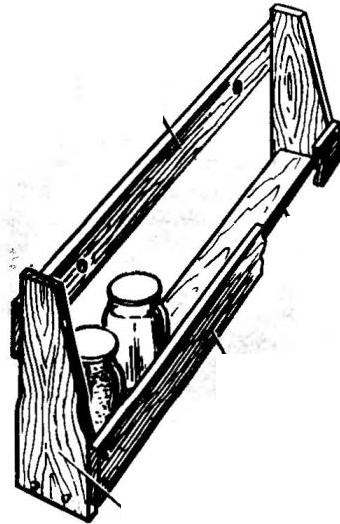 I offer the shelf very simple design, consisting of only five parts. The reason for its production was the accumulation I have a large number of jars of baby food. The shelf is designed to fit five jars, although the number can be increased or decreased by changing the dimensions of the relevant parts. In addition, the shelf can be used for storage of various household chemicals in aerosol cans with a diameter of 60 mm or less to produce a set of these spice racks in all tanks.
As material I have used planks from the wooden boxes from fruit pre-treated with emery paper and dried. The parts are connected with either screws with a diameter of 1.6 mm, or by pins made from matches.

Shelf under spices:
1 side wall; 2 — base; 3 — fence; 4 — strap back.
Matches (without sulphur) are lubricated with white glue or joiner and secured in pre-drilled holes. After Assembly the shelf is covered with a furniture varnish NC-288 and fixed to the wall with two screws.
V. GREBNEV