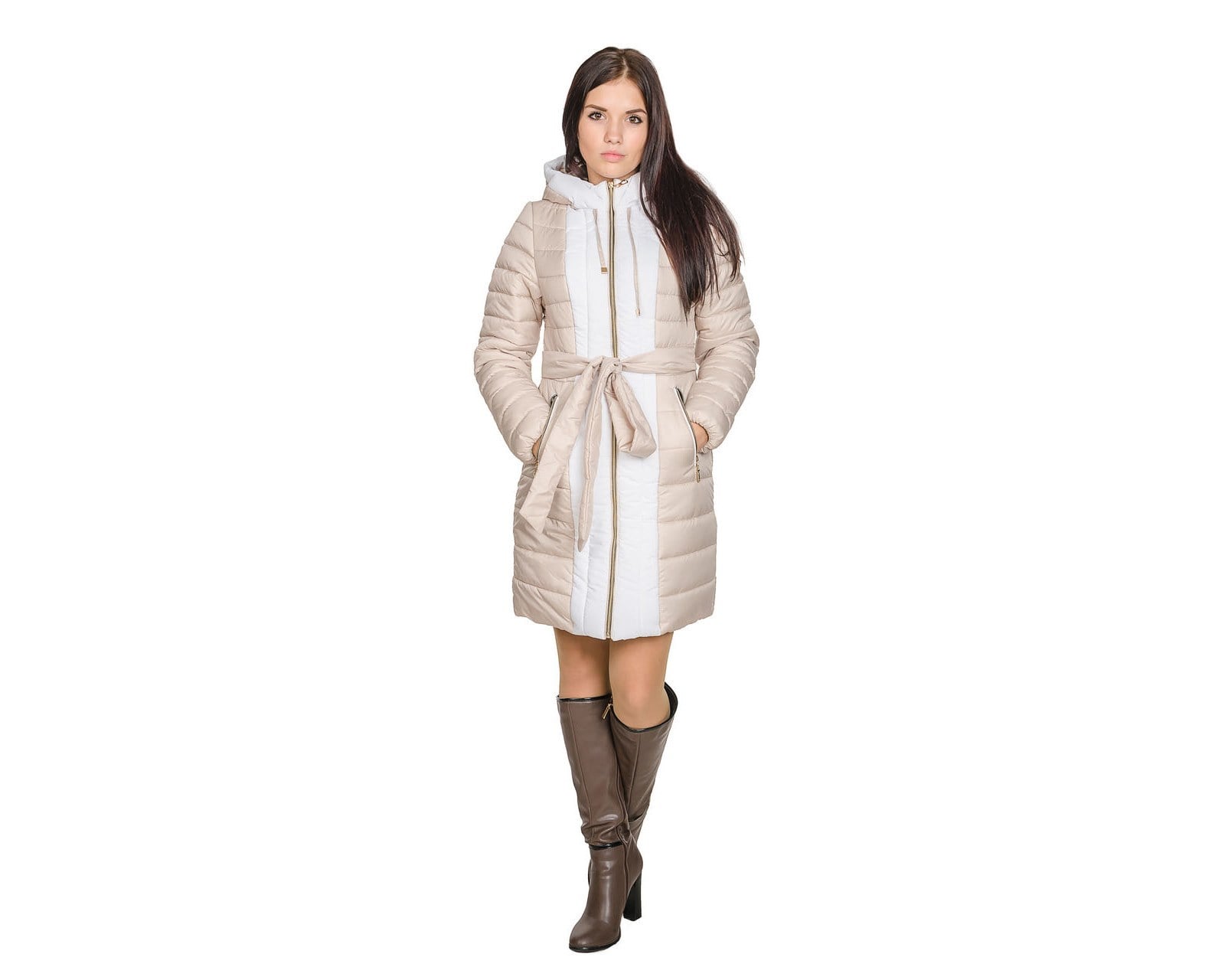 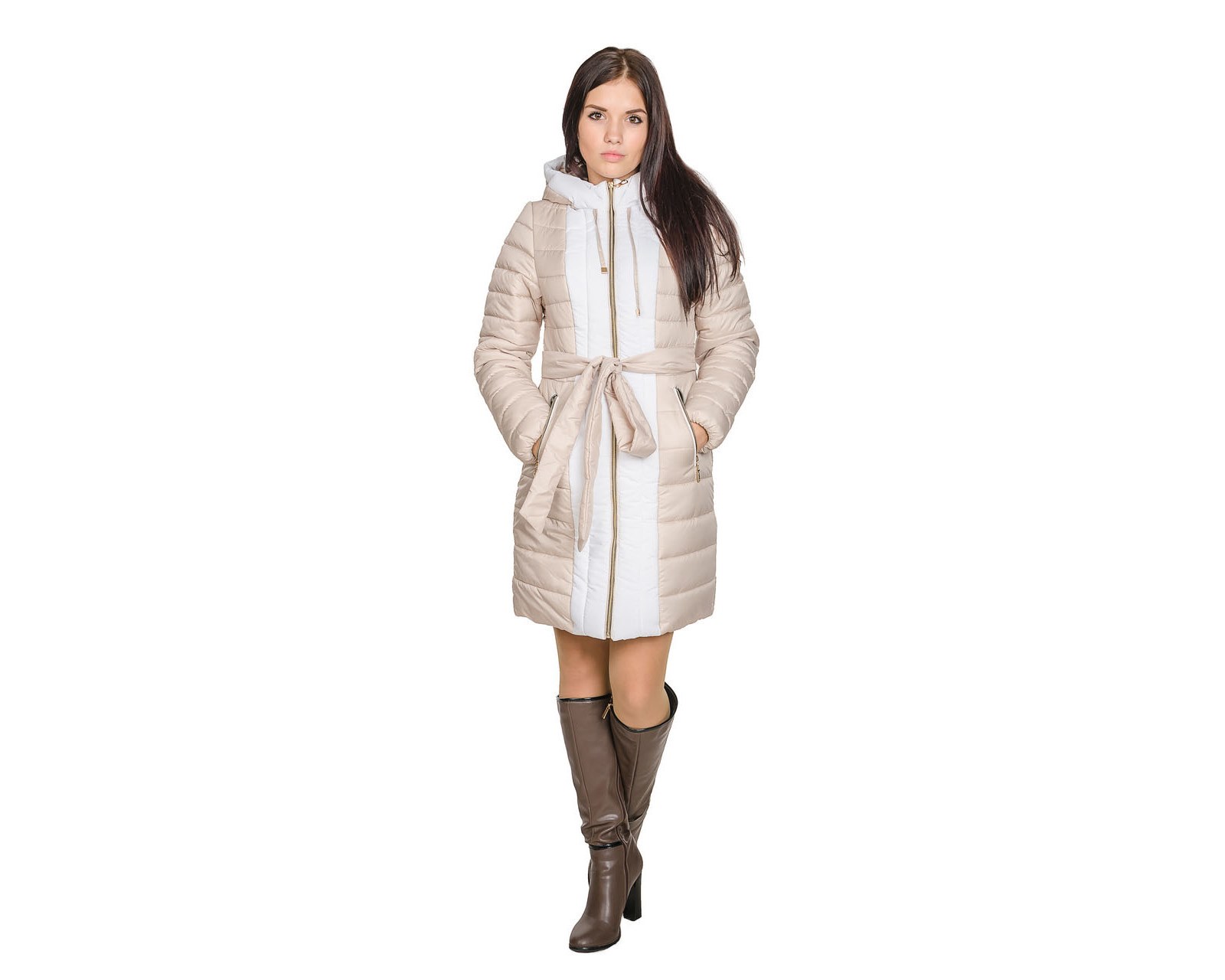 In one of the winters, according to the Central television, only in Ekaterinburg more than 50,000 residents were injured when falling during icy conditions. And how many car accidents occur due to ice on the roads? However, the wheels of cars for a long time, metal spikes. Why not do something like that in heels?
This structure and offer readers the. This anti-slip crown-ship with the cuts, which happened eight incisors. Previously over the entire height of the crown is threaded, and the top is sharpened at an angle of 60°.
In the bottom of the crown made one drunk, which serves as a slot for screwdriver.
The figure shows and special screwdriver from the metal plate. The upper end of it is oval, and in the middle of the drilled hole for the suspension ring with home keys. The bottom of the screwdriver sharpened on both sides and forms a blade for clean cuts of a crown.
Before installing anti-slip crowns inspected each heel and there is a point where it is most worn. This place is drilled a hole that the diameter smaller crowns 0.5—2.0 mm, depending on the material from which made the heel. Later in the prepared hole with a screwdriver screwed crown cutters out. 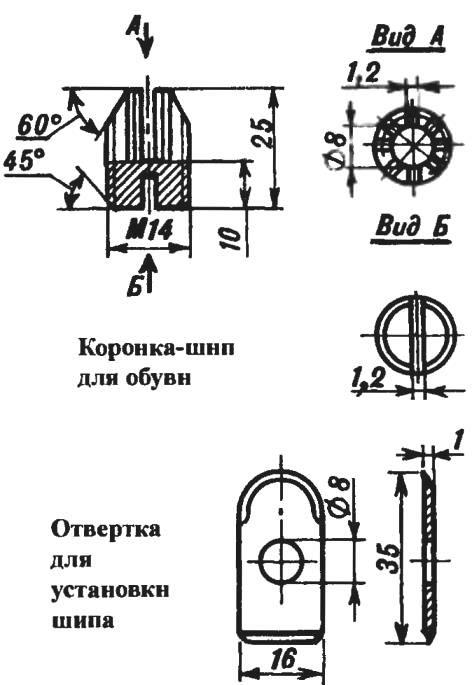 With the onset of warm time of year Unscrew the crown, turn it 180° and then screwed into the holes. In this case, they work as a protective horseshoes, preventing the heel from premature wear.
Over time, the crowns wear out and become shorter. Then into the holes of the heels enclose washers. And when the cutters become dull, they sharpen on the sandpaper or a file, keeping the sharpening angle.
To reduce the slip can be glued to the sole with an interval of 10 mm two or three strips of conventional or microcellular rubber width 10 mm. More is better proven strips of felt or old fur alternating them on the coat and against the grain.
V. VOMOS, p. Alekseevskii, Volgograd region