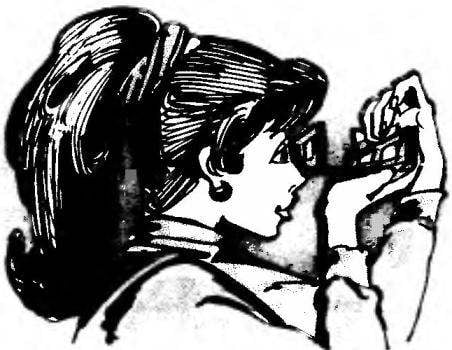 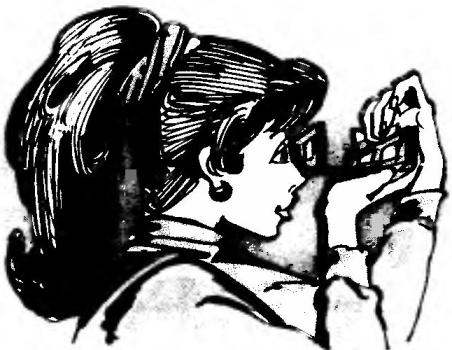 It is no secret that is a massive black and white photographs more and more popular is getting colour image. This is due to the dominance comfortable to shoot and affordable automatic cameras-cameras and the widespread use of fast film development and printing color images.

In this regard, I think, will revive interest in the photo, which did not have such availability of color printing. Because to get on film a reasonable stereo pair, as is well known, and a simple camera; and the effect of watching three-dimensional images even simple scenes with nothing comparable. The only point to the device for such viewing. What I want to offer readers to make their own, since the former design engineer for photokinetic and have the relevant experience.
DVV words about the principle of obtaining stereo image: each eye must see the image of the object obtained with a small displacement. After all, in life we see the world is big due to the fact that pupils are separated from each other at a distance so-called stereomatic is approximately 65-75 mm. Therefore, even if no special apparatus, it is possible and usual to photograph the story twice in a row with a small indentation to the right or left and collect the pair. To view the prints from it to make a simple stereoscope.
His body will receive from a rectangular plastic plate having a size of 260×160 mm, giving it after warming up a U-shaped form. In one of the walls saw a fret saw, or, at worst, cut heated on the kitchen burner knife two Windows, center-to-center distance of which should fit your eye. A hacksaw or a round file to prepare the hole for the nose. Remains available in any store “Optics” a pair of spectacles glasses with diopter +10, which corresponds to a focal length of 10 cm (to determine the number 100 divided by the amount of diopters). With the weaker spectacle glasses, the image will be smaller and more powerful will have to take a different spacing from the stereo pair. 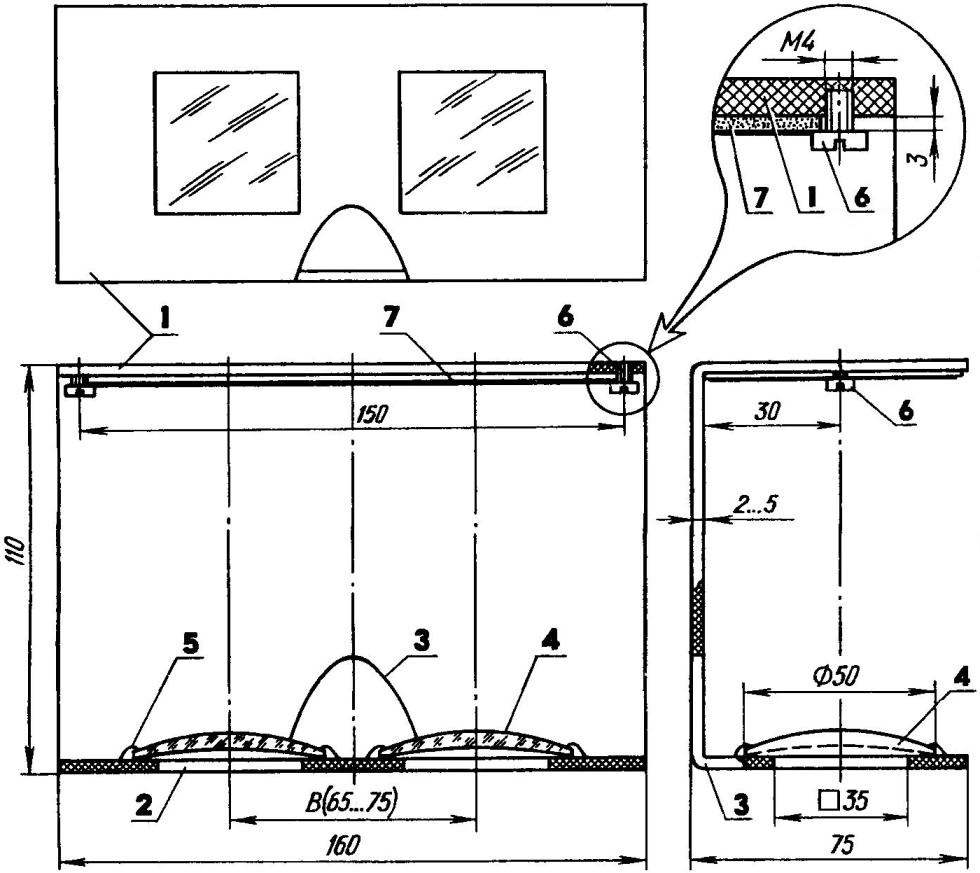 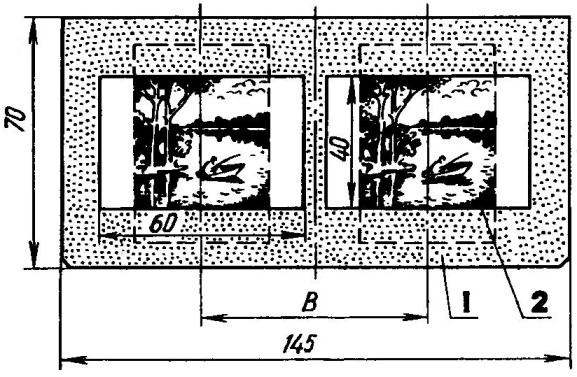 Stereo:
1 — the basis (cardboard), 2 — picture (2 PCs.)
By placing lenses inside convex sides, fasten them with the help of the tides formed by a heated screwdriver. In the opposite wall of the pushed and screwed the hot screws — their hats will be stops for card-stereo pair.
Now it is time for the footage.
fotomontaj “Kodak” will show your film and prints the pictures: each of four size 60×40 mm on one sheet. It is important for you than quantity (this sheet only need one print), and the format. On a cardboard rectangle the size 145×70 mm glue on two shots, ‘ forming a stereo pair, so that their centres are at a distance equal to center-to-center distance of your eyes (or stereopsis). With a little practice, you can achieve when viewing the maximum surround effect.
The subjects of the photo can be very different — from the beautiful landscapes, still lifes, portraits to any business and even technical objects. Importantly, when shooting a normal camera they were stationary. If you want to shoot something in motion, then this can be done by installing on a shared basis of two spacecraft, with simultaneous descent of the gates and the observance of the distance between the centers of the lenses, equal to the above-mentioned stereopsis.
Anticipate the pleasure you, your friends and family will receive from viewing stereo photographs: a complete and very pleasant illusion that you magically end up somewhere peered.
V. GAVRILOV,
the item of Inozemtsevo,
Stavropol Krai