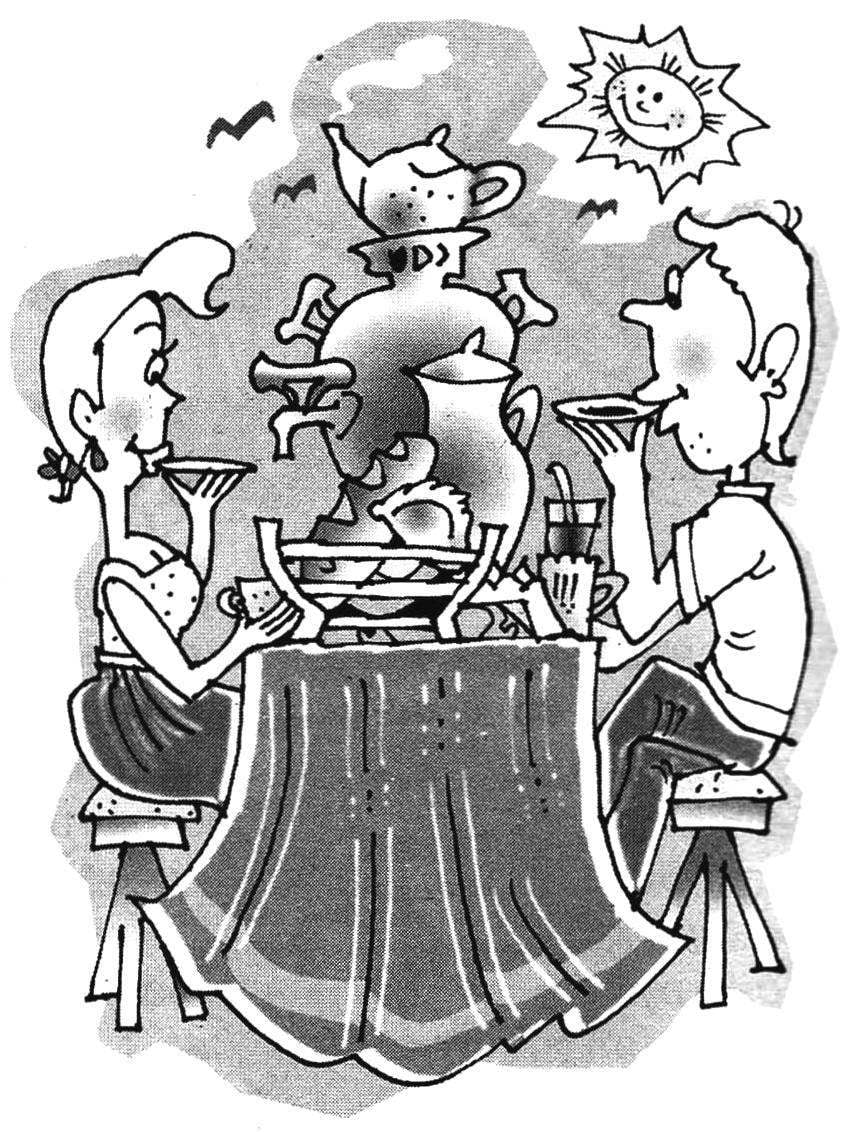 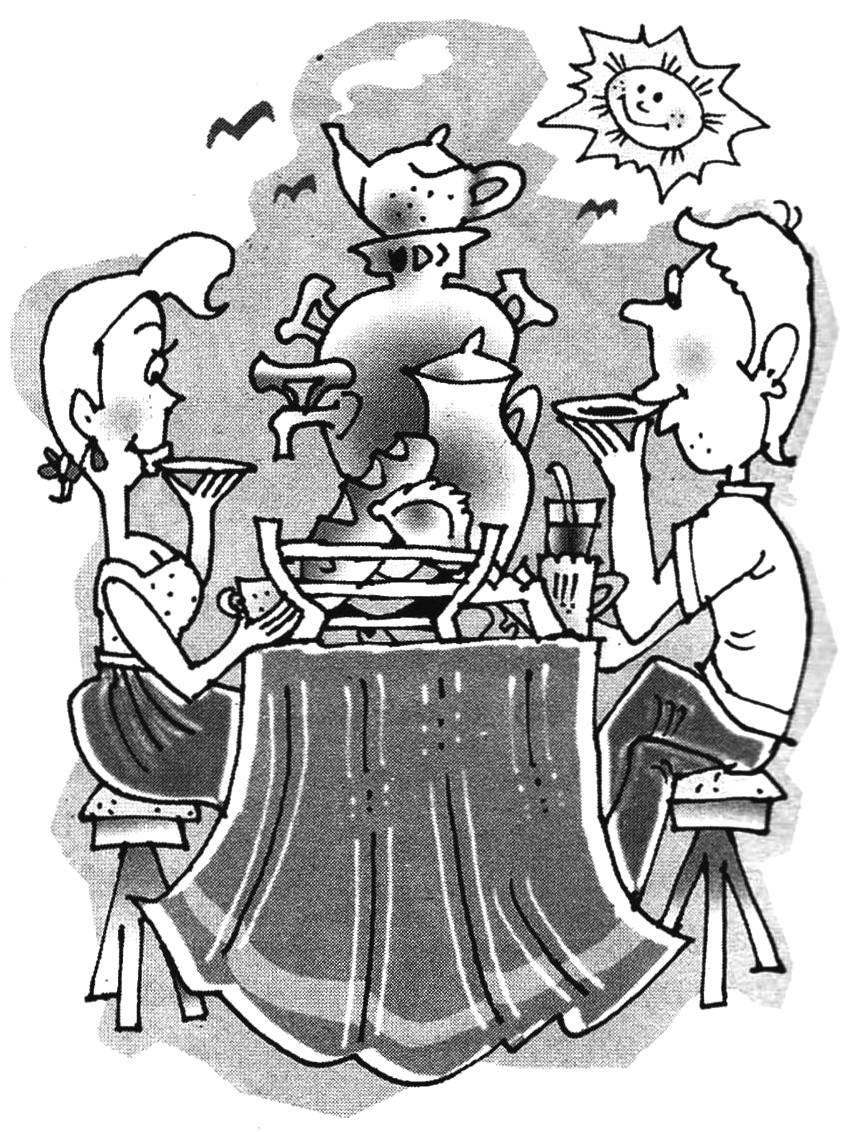 These simple wooden design for dining table complements the meal not only in the countryside but in a city apartment — so nice they look, not to mention their functional need. Really, don’t be superfluous on the table, stand under a hot, convenient holder for spices, a fruit basket?
As evidenced by the French magazine “System D”, making them available to everyone. Moreover, because the material from which they are collected, there will always be at hand: it is a thin plate and wooden rods.
Stand
It is assembled from two plates (Fig.1) put on an edge (however, it could be wood) and forming a support-base, and a dozen wooden rods fixed on top of them in the form of a lattice. For this purpose the upper edge of the base is under each terminal recess to half its diameter. The connection of the rod with the base may be adhesive (carpenter, PVA) or on small nails.

Fig. 1. Stand:
1 —support-base; 2—crate (wooden rods or slats)
Residuebased element stand can be not only rods, but also wood rack square cross-section. Under them in the base is also possible deepening to half their thickness, and in two variants of the position of the rails is flat or the edge (see Fig.); the third option, the invoice is the easiest: when each rail is simply laid on top of the edge of the base and attached with small nails and glue.
The ends of the elements of the sheathing may be slightly out of the plane of the base or coincide with it — and in fact, and in another case the design will look equally well.
Stand for spices
It has the base shaped like a figure eight (Fig.2) on which the bars of the fence and the Central column stick.

Fig. 2. Holder under spices:
1 Playground-base; 2—handle; 3—rod of the fence; 4—krestoviny (cross handle)
For the site-base will require a plate thickness of 10 mm. the Other dimensions will depend on the size of those “bells” which is supposed to establish: under the pepper and the salt, or the bottle of sauce or vinegar (as shown). This depends on the height of the bar-handles and rods of fencing. To connect with Playground-the ground beneath them nastelivaetsya corresponding holes, in which all rods of fence, and the column-handle are inserted tightly with the glue. In the handle in the upper part also drilled hole of the cross, under the rod-krestovinu.
Basket
It is a lattice “trough” (Fig.3), the end part of which is made of planks, and the main recruited from the wooden rods. For their connection in the plank the sidewalls of drilled holes into which pegs can be inserted tightly, glue (carpentry, casein. PVA).

Fig. 3. A fruit basket:
1—cheek-side panel (right variation thereof); 2—rod sheathing
If receiving a shaped end cheeks, as well as procurement of the holes for the rods is difficult, are possible options of simplification. So, the cheeks may be, for example, just in the form of rectangular panels which are nailed (about one-third of their height) plate-bottom basket and the side of the crate is formed by a simple nailing rods or thin strips.
Machining of parts
Harvesting and parts used in all three designs, are normal for wood working: plank — sweep plane, then a thorough sanding with sandpaper, especially the edges; wooden rods and Reiki also neat and careful sanding.
If all three items to be considered as a table set, it is reasonable finish to perform the same or leave them unpainted. For example, before Assembly process details of hot sunflower oil or hot linseed oil (except those places that are bound by glue): it will accentuate the natural texture of the wood and will serve its preservation is not worse than any painting.
However, it is also possible the use of stain or furniture Polish (the latter, however, it is undesirable to cover the crate coasters under hot objects).
B. RAWSKI