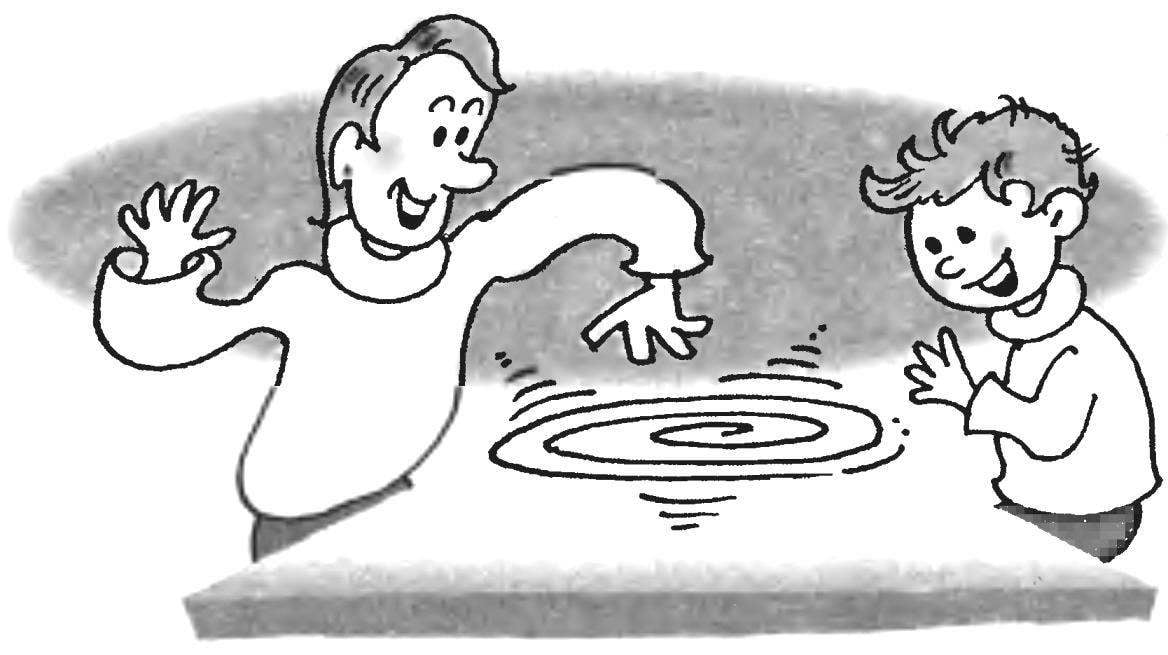 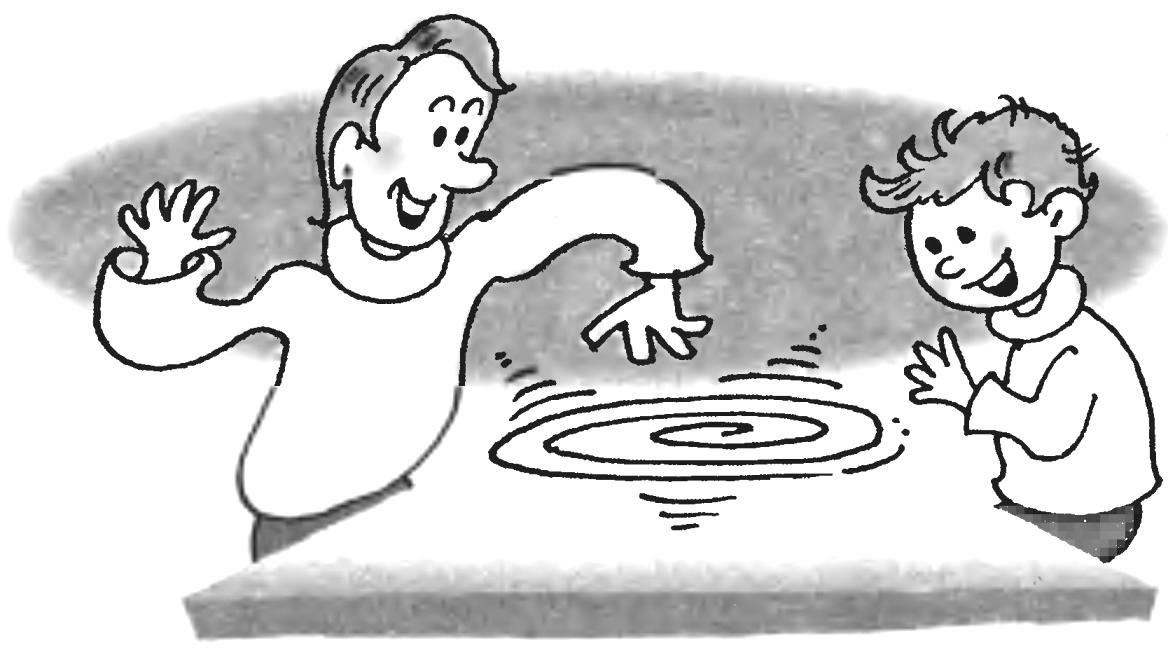 Shown in the figure and pattern of a simple toy has survived from the ancient Celts. Most interesting is that it was a pleasure to play not only children but adults as unusual properties it possessed. If a little spinning object like a boat, clockwise, then, taking some time like a top, he stops, and then suddenly start spinning… backwards!
To all who are still at school remember the law of conservation of energy, it may seem incredible. But it is easy to deny that cannot be tested experimentally, to demonstrate. And this toy (see photo) everyone can do myself, but to experience its mysterious effect.
Interesting to observe those who are trying to explain the strangeness of her behavior. Most often it is associated with the magnetic field, electrostatic or aerodynamic forces, the presence within the fluid, and so forth, until you reach the evil forces. Well, of course, to the toy was transparent: it once ruled would suspect as a hidden motor, gyro or tricky springs. Closer to reality are… fishermen, often observing a similar phenomenon during sharp turns motor boats.
The story of a mysterious toy no less mysterious than her behavior. Accurate data are not available, but I suppose that for the first time this effect was discovered accidentally from obscure objects found during the excavation of settlements of an ancient European tribe of the Celts. Tell that one archaeologist lost in thought unconsciously twisted on his Desk a strange thing, which was considered a tip of the Celtic boom. Suddenly he noticed that he was carefully polished, but the pebble steel on their own changes the direction of rotation. We can only guess how you knew about the ancient Celts or Gauls, as the Romans called them.
Now, however, they have the ability to change the direction of rotation, called the Celtic stones.
This unusual toy can be made of plastic, wood, metal, plaster or other easily processed material. To try, copy the form “boat”, shown in the figure. The quality of the model is very simple: count the number of revolutions which it will make after changing the direction of rotation. Boat can do up to six turns. To check the effect of the electoral rotation is better not to spin it, and flip on top of one end of the model: it will begin to rotate.
What is the secret of amazing properties in the Celtic stone? Try to find out by experimenting with it yourself.
Given three projections of the Celtic “boat” in full size. They are the source for the manufacture of toys with different size (specifying the size of the cells in its sole discretion).
Please note that when twisting the model counterclockwise to effect the reverse does not occur: “boat” behaves “normally”, that is, as any top. The secret lies in the asymmetry of the stone, invisible at first glance.
To obtain the effect of reverse is necessary to fulfill two conditions. The first — to observe a special shape of base surface “pumps”. The second condition concerns the distribution of masses. From physics we know that for each body, you can specify the axis of rotation about which it has a minimum moment of inertia. This axis in the Celtic stones never coincides with the plane of the lesser curvature, and forms with it an angle. When the value of this angle is only a few degrees, the asymmetry of the Celtic stone may not be visible to the eye. From the sign of the angle depends, in clockwise or counterclockwise direction will rotate the model after the attack on one of its ends on top.

Celtic boat and its projection in full size
The number of revolutions of the Celtic stone is influenced by several reasons — for example, the friction in the fulcrum. The energy loss due to friction should be minimal, but it is also important that the stone does not slip on the support. If too small, or the friction effect of the reverse will not occur. An important role plays also the height of the center of mass relative to the pivot point and the ratio of the inertia moments about the principal axes of inertia.
The influencing factors are so many that in the manufacture of Celtic stones yet art more than craft. Magazine “Science and life”, by publishing this description of the Celtic “boat”, made by A. Kalinin a few years ago, and stressed that the best design has not yet been created, there is no answer to many interesting questions. Can you think of a model with repeated reversal, that is able after the initial run several times to change the direction of rotation? What should be the shape of the stone to the direction of rotation depended on at what point it hit the top?
All who are in the manufacture of toys will be able to obtain new results on the capabilities of the Celtic stone (theoretical or practical), we invite you to share them with the readers of our magazine.