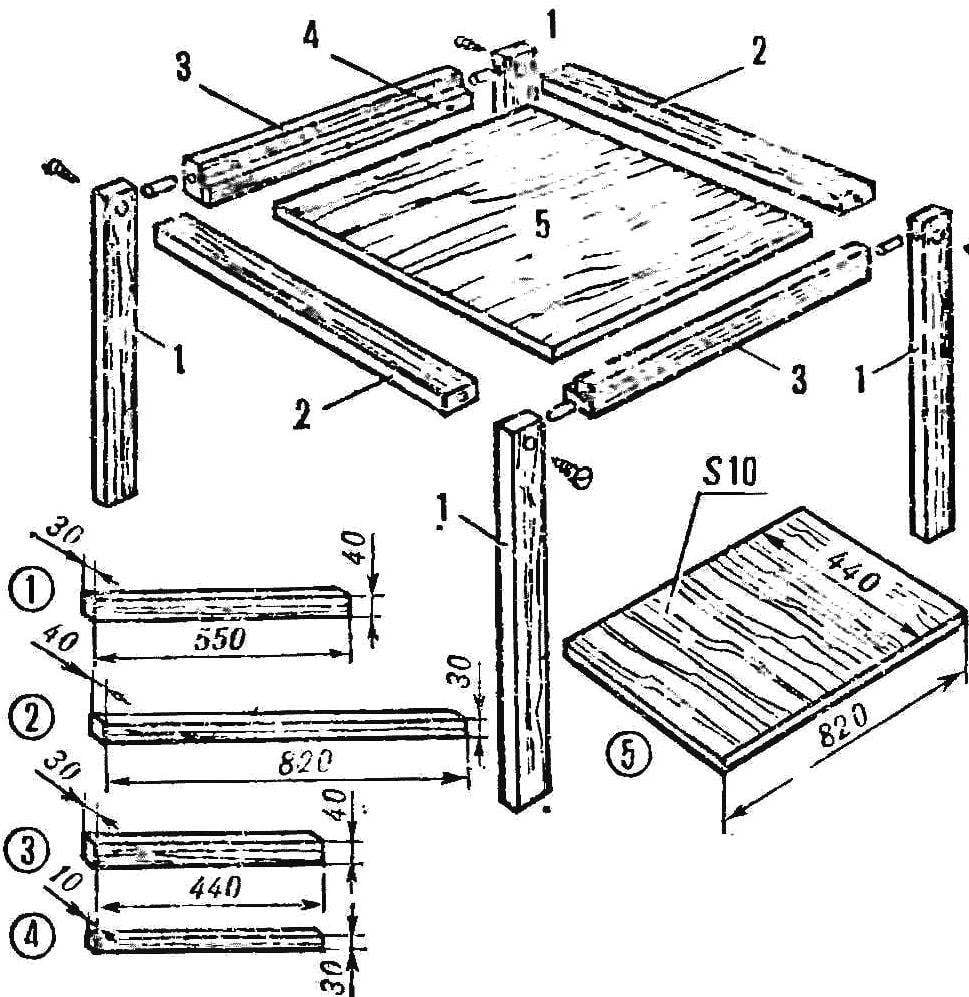 A small table-type magazine for modern apartment comfortable and practical. Low and compact, it matches the low chairs and floor lamps, enhancing the effect of comfort, peace.
However, if it is set down more than two people, a table will be too small. Here and rescue the table-three, proposed by the British magazine “new Homemaker”, which, like a Russian doll, the outer contains two more, smaller, to nominate one from the other.
For their production you will need chipboard (particleboard) and bruski section 30×40 mm. 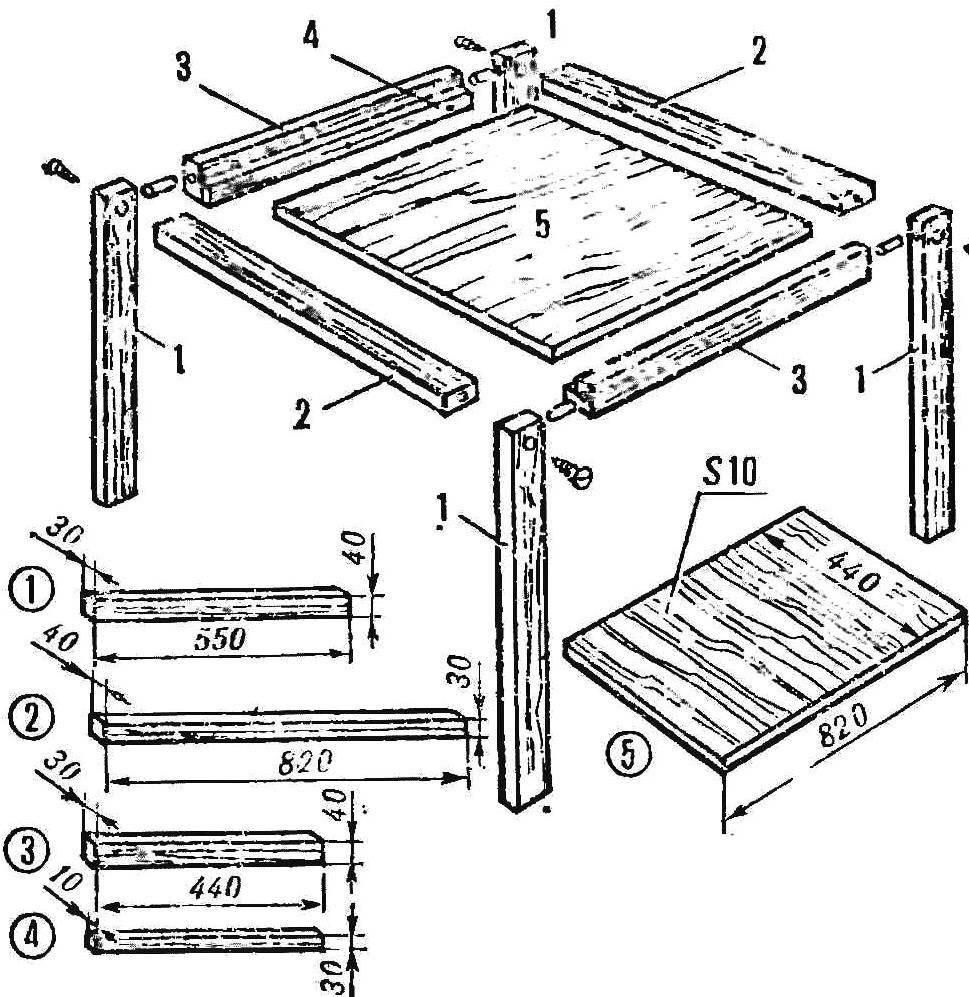 Table three:
1 — the legs. 2 — long bars of the frame, 3 short bars of the frame, 4 — rail, 5— tabletop.
The bar must be carefully treated with a plane and sandpaper, then cut into blanks for each of the three legs of the tables and elements of their frames. The ends of the blanks are also carefully trimmed by a sandpaper. Parts of the frame and legs are connected to the round plug-in thorns on glue (carpentry, casein, PVA) and furniture-head screws. To install the table top with the inner side of the short bars, frame mounted rails below the top edge of the bar to the thickness of the countertop, which is then placed ia these two supports and is constrained on the other two sides long bars of the frame.
Each subsequent table, shorter legs and long rods of the frame and the corresponding side of the tabletop. Other details remain the same for all three components of the “doll”.
The drawings are details of the external, larger table (A).