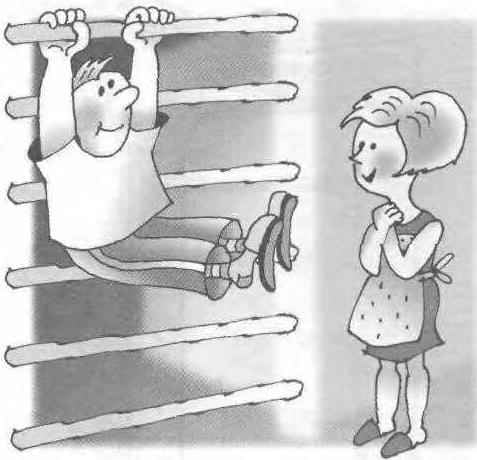 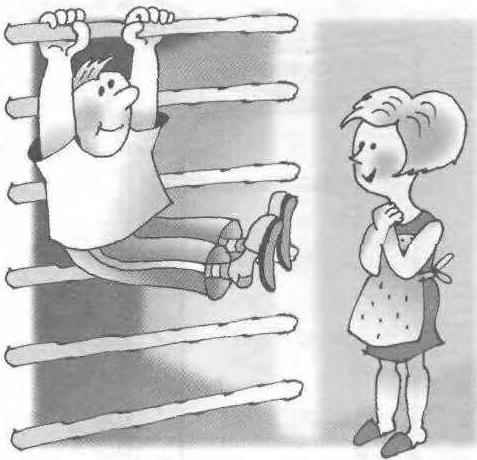 Well the kids in the summer: any fields—soccer field, a thick branch of wood—finished bar; but if even in the courtyard of the adults tried and equipped sports town, then — a daily celebration of physical education.
And that is the end of the season ? Only computer games and as a consequence —lack of exercise, illness, immobility? No, the possibility of summer in some way can offer to reimburse the Bulgarian magazine “Guide itself” the original sports corner at home.
Indeed, we present the design of a climbing wall will not call because it is not traditionally by the wall and opening interior doors: it is rather a kind of “gate”. However, the sports function basically the same. Although the particular location of the opening and additional features, which describe after the description of the structure of the projectile.

From what and how
To manufacture a collapsible universal missile capable of any house master, because it does not require any scarce materials, no special skills, and the work is minimal: it uses the already existing robust base—frame.

On both planes symmetrically with a gap of 300 mm from top to down are attached using screws and wooden washers cut from a round rod with a diameter of 80 mm. each top is made of cut width of 25 mm, in the “bottom” of which is screwed a small “pin” with a screwdriver (screw cutting cap) under the groove in the pipe end-rungs, which can be inserted from above in each symmetrical pair of these support washers. By setting alternately the entire set of such tubes, will receive a replica of the wall, with the only difference being that at any moment it can be quickly dismantled: the door frame will be only bearing washer that will not interfere with anyone.

Instead, as a simplified for the production version, can be installed on the box comb reference boards with slanted sawn grooves, and they put a not pipe, but wooden rods (like the handle of a spade).

All items in both versions should be painted with nitro (different color) with decorative and hygienic purpose: if necessary, it will be easy to clean.

As already mentioned, the functionality of the shell are much wider than conventional wall bars, precisely because it is portable and not mounted, as usual, close to the wall, and in the doorway. 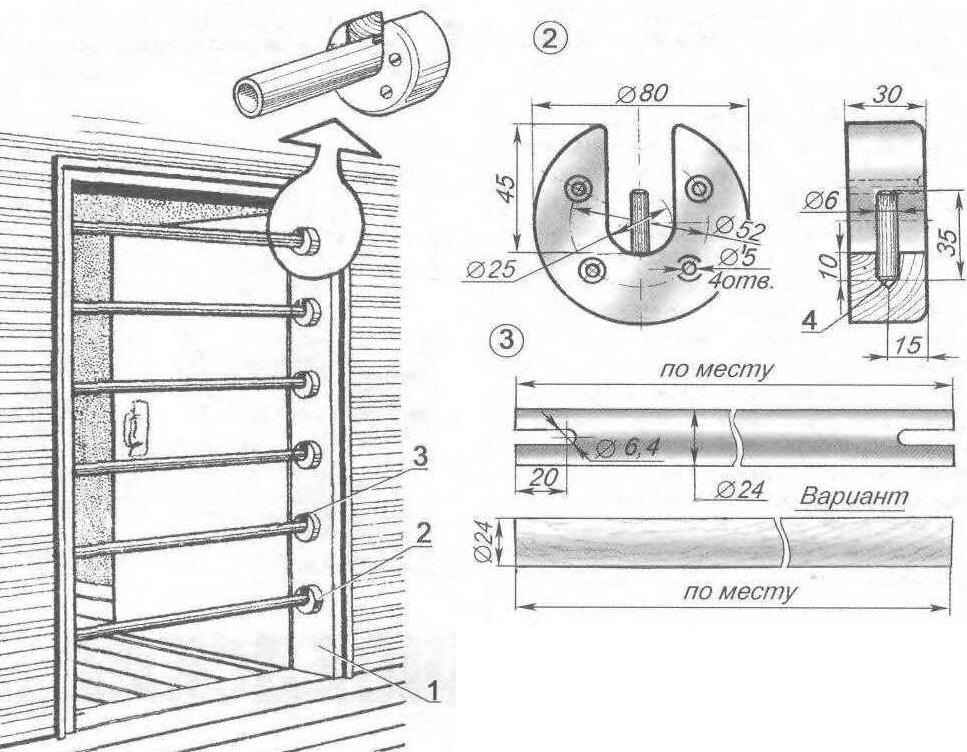 Sports area in the doorway: 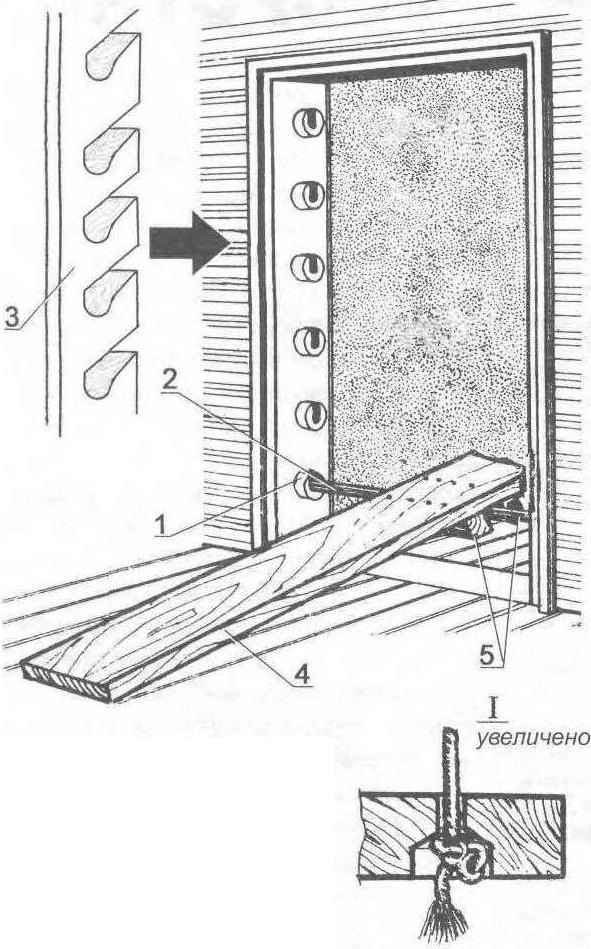 1—bearing washer; 2 pipe or wooden rod 3 — version support for pamerican out of the Board with sloped grooves; 4—deck chair from the Board; 5 fixing bars

Indeed, in addition to the traditional set of exercises that you can do on the Swedish side, where you can perform other techniques, not only children but all family members that plays an educational role for kids and teenagers.

If you set only one top tube—shell turns into a bar. It is easy to hang children’s swings (which, incidentally, can be made with their own hands). The average position of the pipe allows to make so favorite children’s coups. One the down pipe, you can do abdominal crunches, placing her on a sloping Board-lager. It’s enough to take any polished Board, nailed to her bottom two bars so she can not slid off of the pipes during the exercise. The position of the lounger on the tube it is clear from the figure. The load on the press is easy to increase, moving the pipe higher.