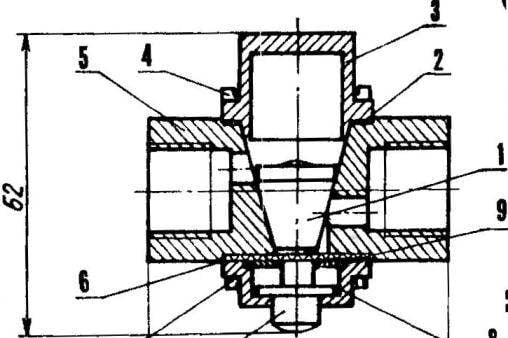 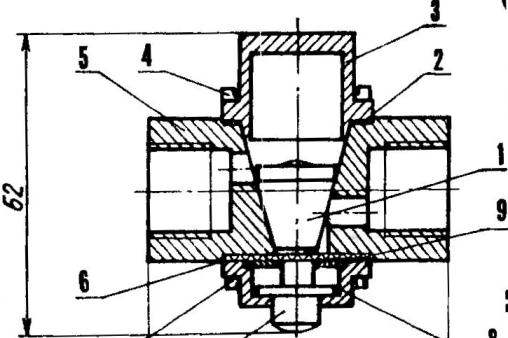 There are cases of disconnection of water in homes for a long time not only for repair of water system, but also for its economy. Such breaks is fraught with the danger of flooding the entire apartment and the neighbors left unclosed tap, what’s going on not only in a hurry or distraction, but because of the lack of water in the pipes and hence the impression that the valve is closed. It is easy to imagine the consequences of a sudden resumption of water supply in the absence of the owners of the apartment.

Output — in the introduction to the water supply system new item, valves and fittings, excluding emergency situations from the open tap. Below are the description and the circuit is simple in design and simple to manufacture safety valve. It automatically locks the water system in the apartment in the absence of water and remain closed when resuming the application. Open the valve manually.
The principle of operation of valve is to use a special float, which in the pressed form, floats in water and does not interfere with its passage, and in its absence under the force of gravity is lowered in the locking conical socket and blocks the system.
The valve is made in the form of a pipe coupling installed in front of the usual valve on ’ a horizontal section of the pipeline. It float freely placed in the conical socket of the housing and itself has a conical shape, providing it a snug fit when leaving water from the system. With the resumption of water flow the float is additionally supported from above by the pressure of the water received through the upper opening in the conical nest.
To open the water passage through the valve to the valve, press the button located under the bottom cover. Through the rubber membrane press is transferred to the float, he will overcome the water pressure at the top and float, rising into the cavity of the upper cover of the valve — the water is freely going to the valve. The next time you disconnect water cycle will be repeated: float under gravity as the water falls, blocking the outlet valve. 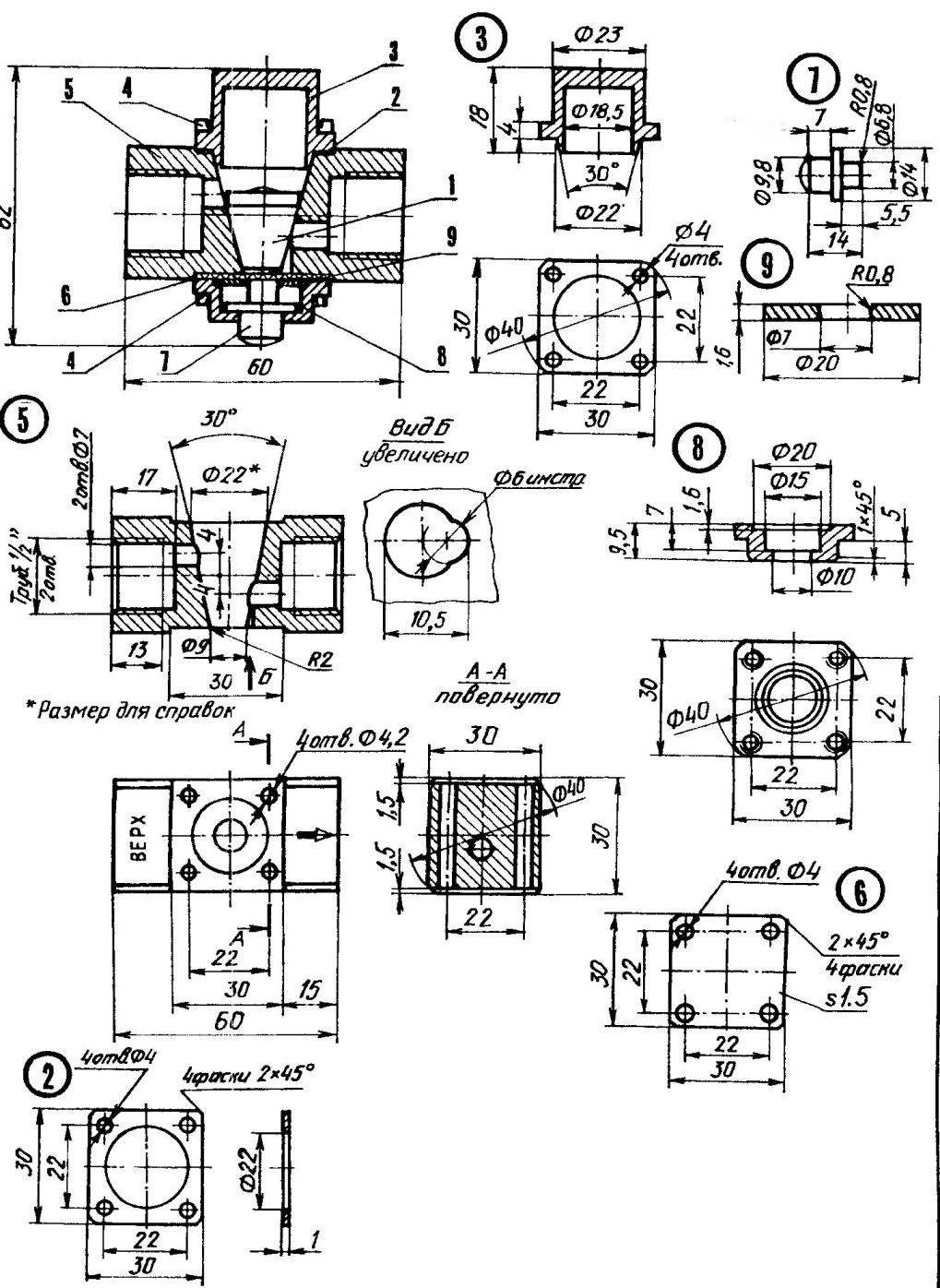 The Assembly version of the float:
1 — cover; 2 – the case.
The material for the manufacture of valve parts: brass (body, cap, button, ring), plastic (float) and rubber (membrane liner).
The float can be hollow, monolithic or made of solid foam with attached bottom metal plate for stability in the water.
The valve construction involves the durability of its operation. Parts that may eventually need an update, it’s a rubber membrane and a gasket.
However, replacing them is not difficult and can be accomplished with your own hands.
A. EGISHYANTS, candidate of technical Sciences, G. b n and n s K, Kaluga region