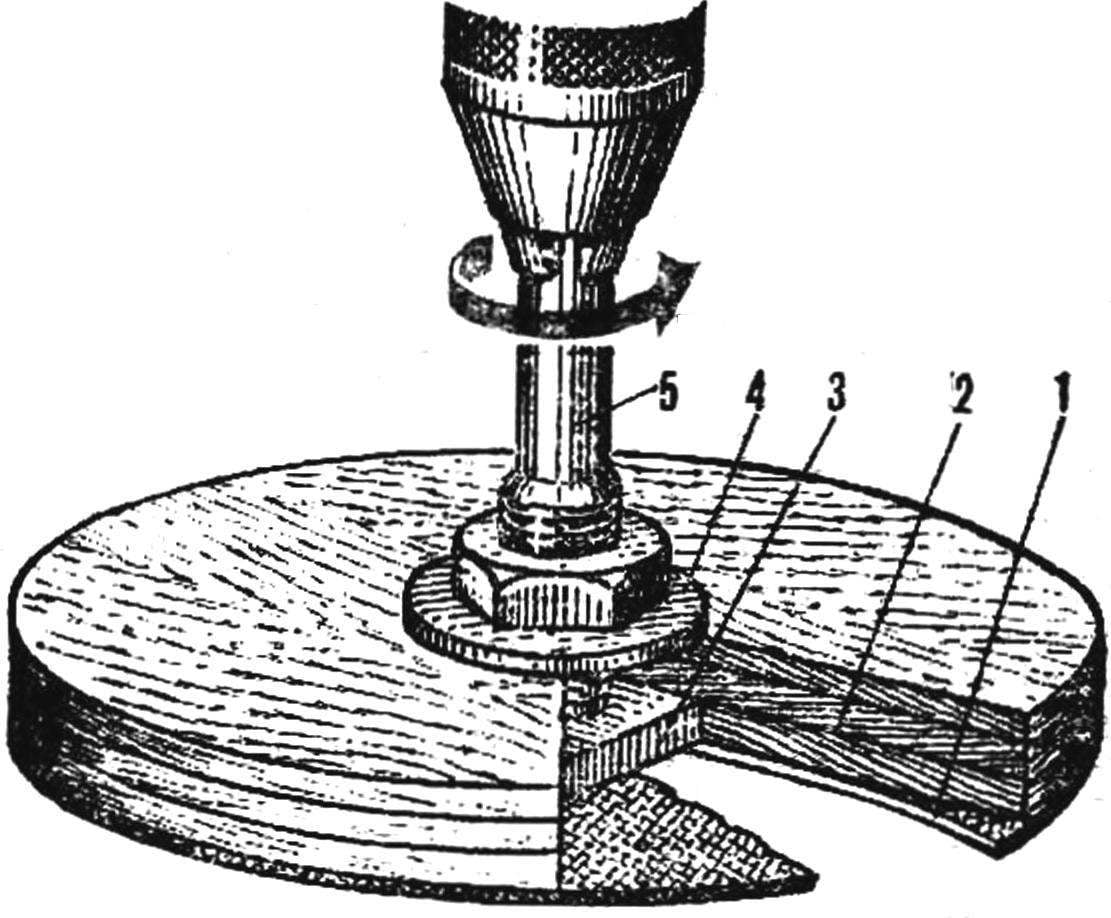 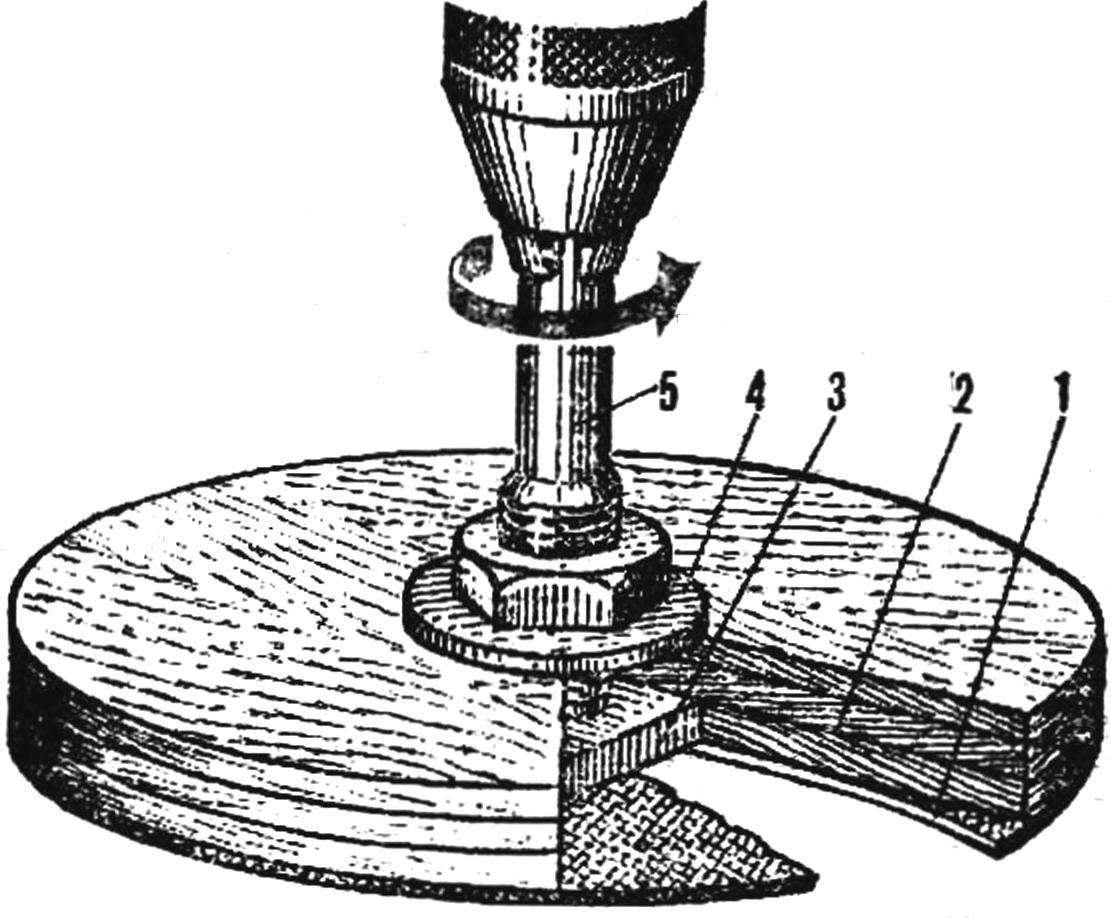 Often the lessons of labor in school, in the classroom model of circles on the stations and in clubs of young technicians, there is a need in this very scarce material, like veneer. You can make yourself. This is evidenced by the experience of the chief technical circle of the Palace of culture in Bukhara on A. I. Tkachenko, which I decided to tell the readers of the journal. I think that it can be widely used in the classroom in circles and learning workshops.
The tool head Chuck of the drilling machine, consisting of a steel bolt and a plywood disk with a thickness of 10 mm (Fig. 1). The head of the bolt is shaped square in the center of the disk under it made by square socket. The connection of these parts, the head is inserted into the slot flush. Fixed drive nut M12.
From the bolt head to drive Amalita glued emery cloth sandpaper on the base. Her number is selected depending on the required purity of the surface veneer. After the glue has dried the skin is cut off on the circumference of the disk.
The nozzle is inserted into the Chuck of the drilling machine, set to required height and fix. Then turn the machine. The nozzle should be rotated in the direction opposite to the direction of the thread and parallel to the plane of the frame. Under the rotating disk inserts a thin wooden Board (Fig. 2). Its thickness decreases due to the removed layer of wood. To get a more thin veneer, the Board is treated in a few visits skins declining numbers, that’s why it is useful to have multiple nozzles. 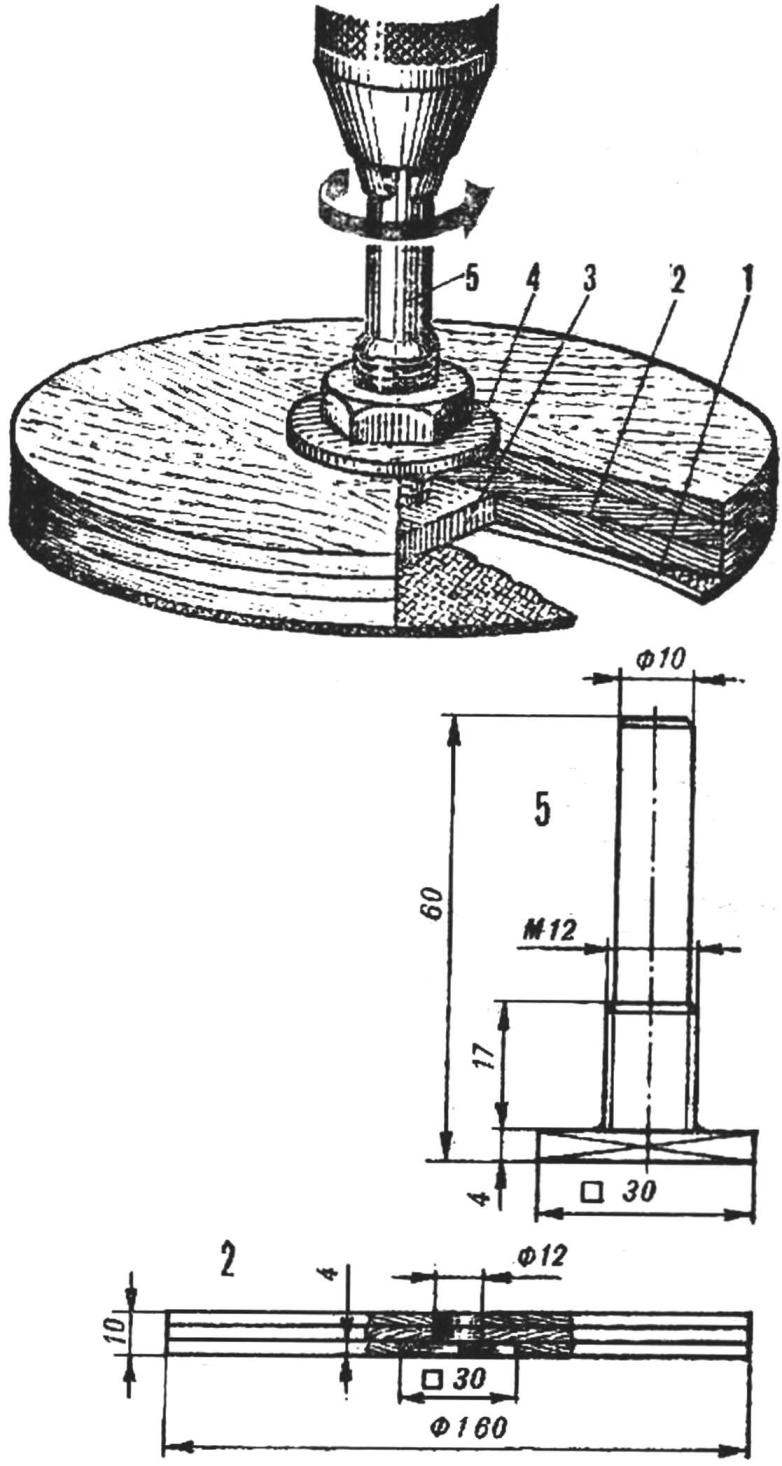 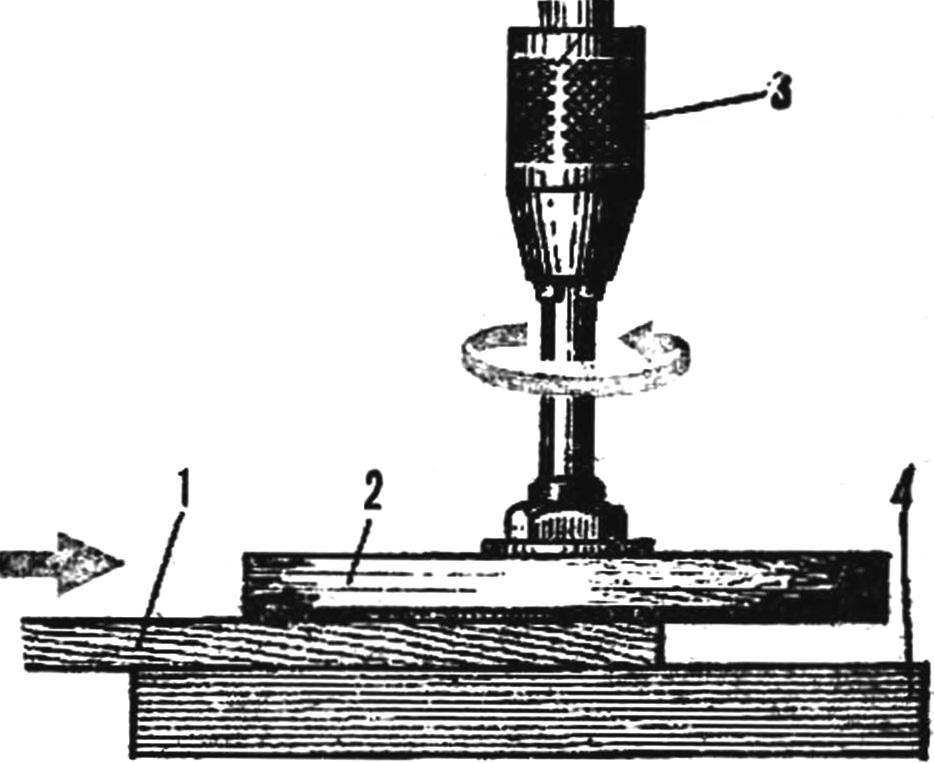 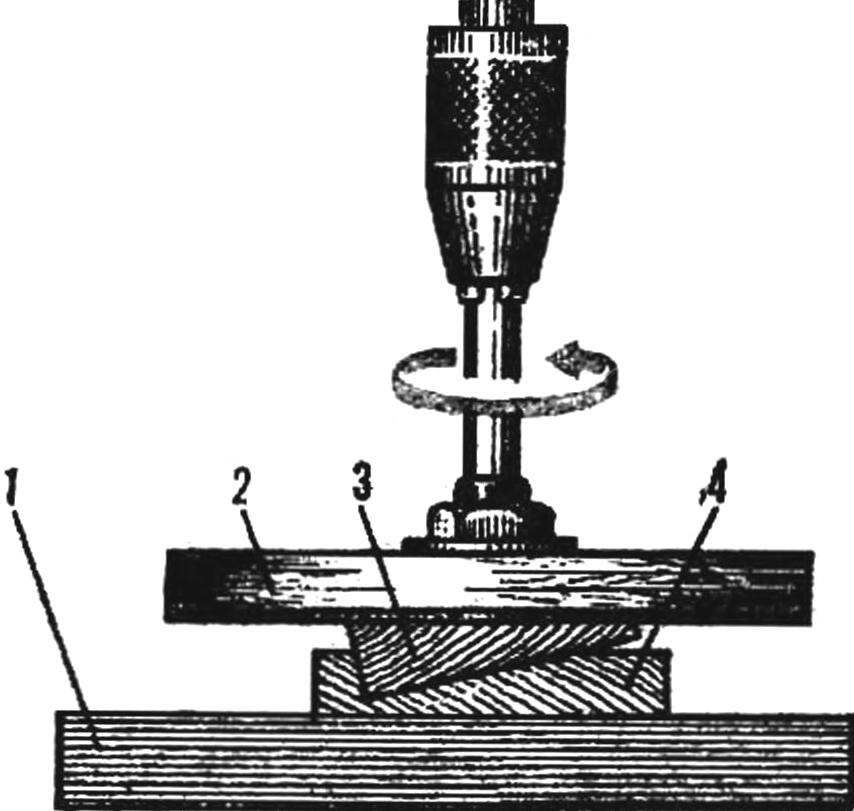 Fig. 3. The manufacture of the stringer:
1 — frame, 2 — nozzle, 3 — stringer 4 — stand.
With the help of this tool you can also make a variety of subtle details of structures made of wood — for example, power components of various models: spars, stringers. Using the appropriate backing parts, it is possible to obtain any desired angle of cut (Fig. 3).
R. ISHMUKHAMETOV, engineer, Bukhara