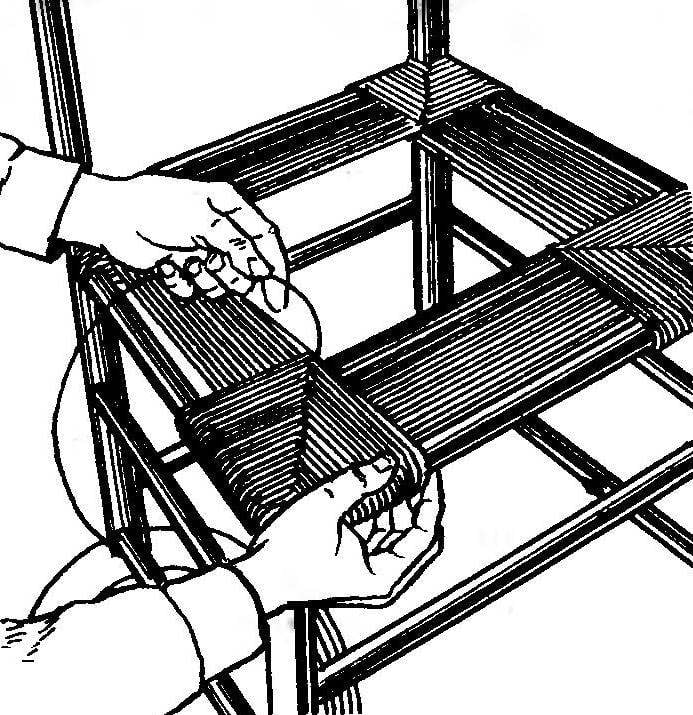 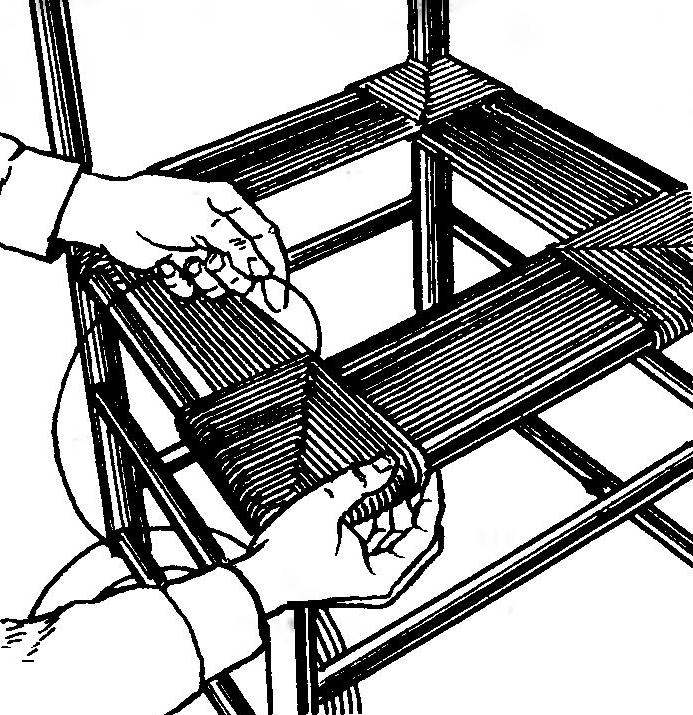 The proposed technology of manufacturing of seats is suitable in the case of repair of old furniture, and when you create a new one. It is equally applicable for both stool and chair, and armchairs. Methods of work proposed by the Hungarian magazine “Earmaster”, as simple as they were effective on the final result. The result is beautiful and quite durable seat. The basic operation is really similar to basket weaving, only in this case is not used willow rod, and a cord, rope, synthetic tube, or even insulated electrical wires.

If the cord is plastic, to give greater softness and elasticity it must first hold it in hot water (Fig.1).

Itself weaving begins with the fastening of the cord end — he is nailed to charge closer to the leg (2). It then runs the first coil, encompassing a second near-side-bar (3) and the first to which are nailed the end of the cord. After that, the cord extends to the opposite charge (4) with the same node platanium legs.

As with a long cord to work is not easy, netting is possible to perform large segments, consolidating their ends like the first (5) and similarly the initial movements criss-crossing the side-bar of the node corresponding leg (6). The consistent braid forms the rise angle of the seat (7) of each leg all the more moving by the middle of next seat.

For a tighter weave the emerging angle periodically to knock out using a wooden bar (8), as well as to condense the angular overlap of the cord plywood wedges (9).

The ends of the cords should be left emerging from the bottom of the seat (10) and then link them in pairs in a special unit (11). The end of the final cord is also displayed down a screwdriver or a thick sewing (12) and tied a simple knot.