The dream of many guys who build model ships to create a ship, very similar to any real prototype. While it would be good to compete with him. Offer a good model of English search and patrol boats RAF 340, made on a scale of 1:42,7 according to the requirements of the popular class EX. A small twin-shaft vehicle of the second world war, he participated in search and rescue of downed or in distress over the sea pilots, reflecting the attacks of German aviation to the UK. The ship speeds up to 45 knots.

A simplified model is constructed using as a power plant one of the common “boat motor” produced by the Leningrad plant. As a power source applying unit Nickel-cadmium battery capacity of 1.2 Ah and a voltage of 7.2 V to 9V. In the absence of such will always help a pair of “square” batteries at 4.5 V. do Not forget the switch in the circuit of the motor battery.
Work on the body of the boat begins with the manufacture of thin sheet plastic or cardboard of contraband. On them fitted to the contours of the master model, carved from foam type PS-4-40 or packaging. Blank blanks going with the stock height above the deck of two pieces of foam, between which a sealed pattern of the lateral projections of the body (cut out of cardboard or plywood mm). Ready master model of ordinary writing or glued newsprint on GEDCOM the glue such as PVA. Paper pre-soaked for 30-40 minutes. Taping is conducted by the strips forming the bottom and sides (2 layers with a layer-by-layer drying). After drying at HBe overlap “tape” impregnated with epoxy resin fiberglass with a thickness of 0,1—0,15 mm, in the same sequence as the paper. The covering power is placed in two or three layers. Two is enough if you use resin ED-20. On the transom fiberglass is not needed. After curing of the resin surface kuritsa, puttied again vyshkurivaetsya clean and primed with liquid nitro lacquer. Then the foam is extracted from the received dummy wakaki. 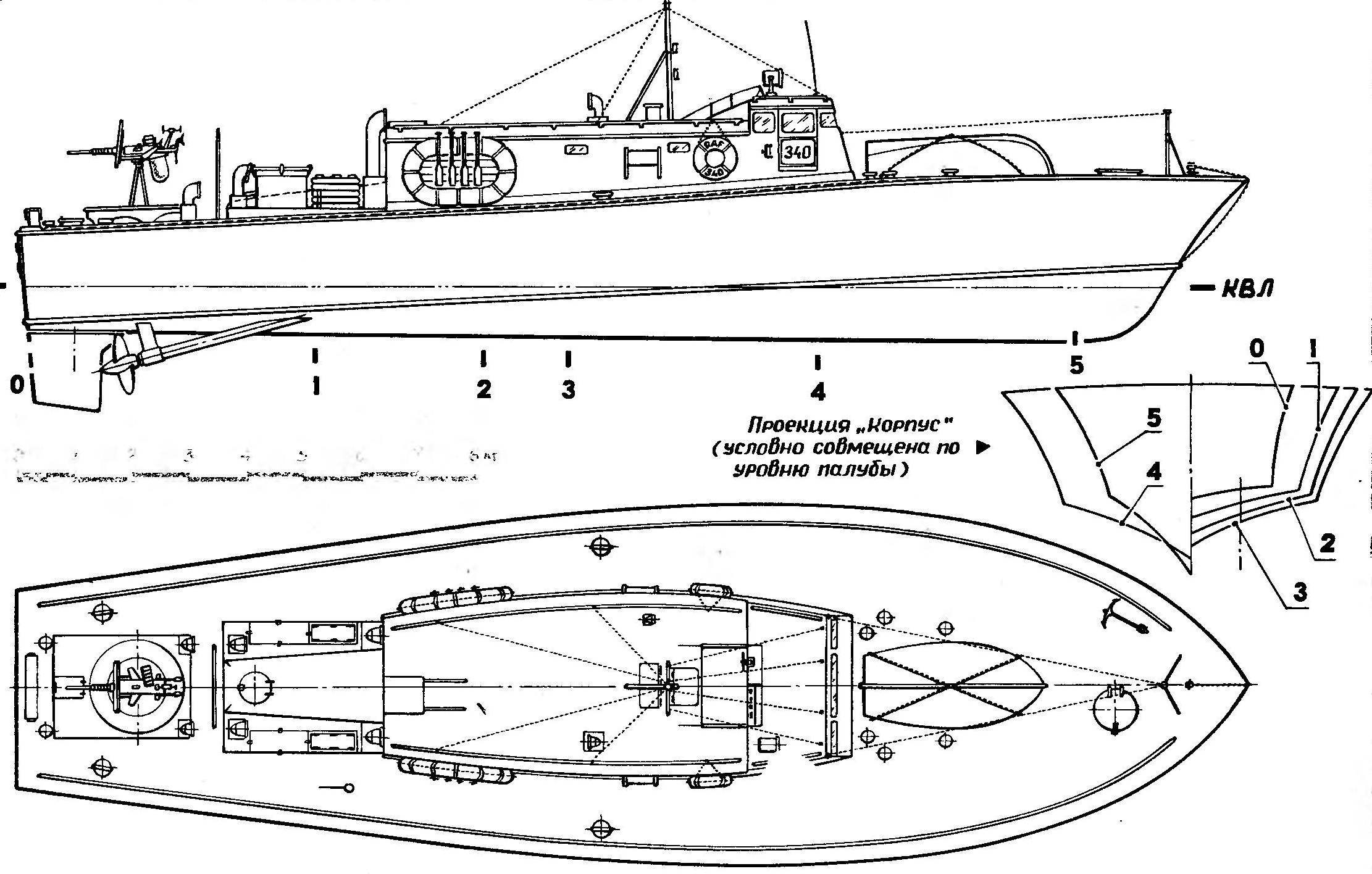 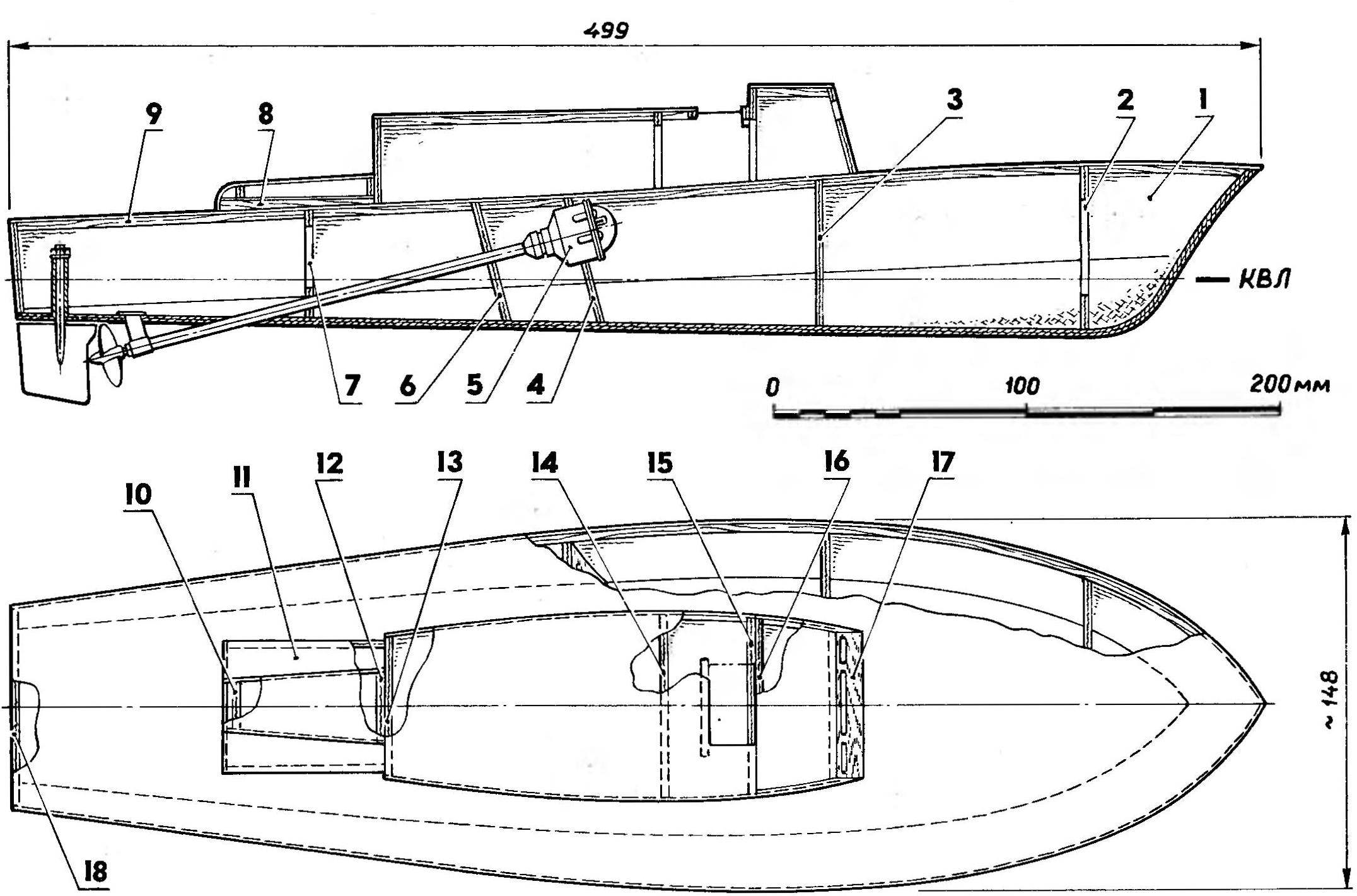 Fig. 2. Model-copy patrol-Savior-tional boats:
1 — Vileika of the housing 2 is the front frame, 3, 4, 6, 7 — intermediate frames, 5 — a engine for serial production, 8 — wall 9 — stringer-rail, 10 — stop, 11—cap, 12. ..16 — bulkhead of the superstructure, 17 — front wall, 18 — transom. Shows a simplified version of the model with the single-rotor engine. If desired, in accordance with the prototype is mounted a pair of similar sets of engines dadude synchronized flexible shaft from the small springs from automotive oil seals. 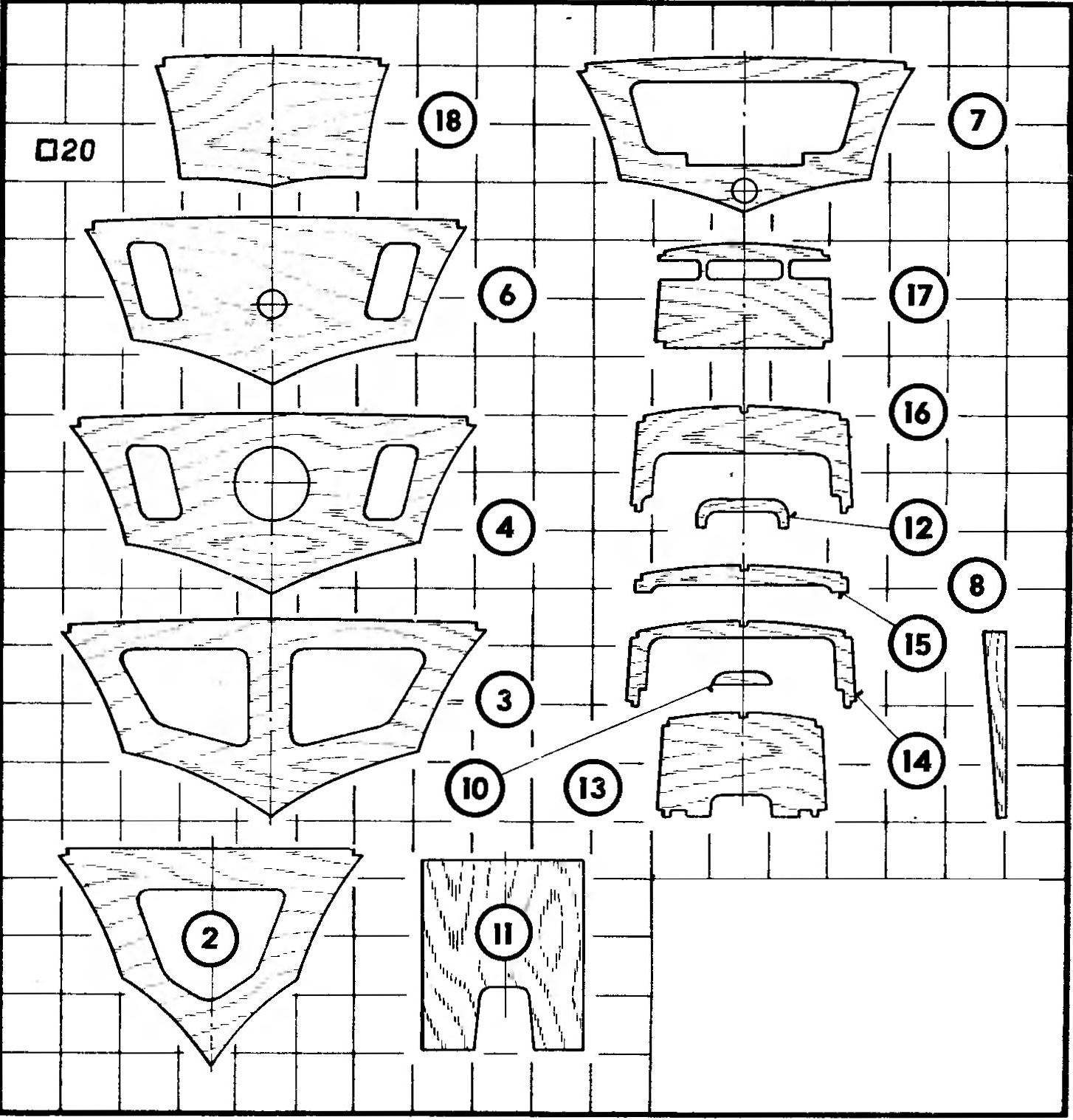 Fig. 3. Pattern details model boats.
Item numbers sotvetstvuet figure 2.
Strange as it may seem at first glance, the paper after wetting and applying a limited amount of PVA glue, diluted boiled on specific sites, particularly the output of the deadwood. On the prepared seat mounted power system and power supply. Deadwood is recommended to seal water resistant glue “Moment” or “Phoenix”, as from exposure to vibration this compound often begins to pass water. These same adhesives are elastic and rid of this problem. Very useful to paste these joints from the inside with a strip of fiberglass epoxy resin.
Now it’s time to decide how best to make the deck celinechannel or sealed, but with cut-outs for access to the internal equipment. The deck can be made of plywood thickness of 1.2 mm, fiberglass or polystyrene.
The rudder was made of tin. The axle runs in brass wire or tube. The rudder is soldered to it and then oiled with a thick axle grease is placed in a tube-bearing, affixed to the body.
In the inner part of veclachi hull marks the position of the line deck. Flush with her side glued slats 3×3 mm. So they are well arched over the body, they are pre-steamed in hot water. For these biasing strips for the period sliianie used underwear primiti. After complete drying of the excess seams of the upper shell of the housing are cut. The inner part of the model boats primed with nitro lacquer three to five times. On top of the slats installed or attached deck. The intersection of deck and sides completely vyshkurivaetsya and varnished. If implemented variant of the deck cutouts for the hatches, the openings are advised to turn over strips of 3×5 mm.
Before proceeding to the add-in, determine for yourself what degree the number of copies to reproduce the prototype. Some small details are difficult to simulate at this scale the model, and therefore we recommend to first make a list of what to copy and which don’t. It is so much easier to work on the design of the model. Remember that some items have different color, and HB rush after manufacture to glue them on the deck.
Large nodes running cabin, ventilation shafts, pipes, pad mounted machine gun can be manufactured from 1,2 mm plywood or cardboard (presspan) 0,8 mm thick. the Rest is much smaller tetapi can also be made of other suitable materials — pieces of polystyrene, foam, wood and tin. Antennas and masts are curved and soldered out of wire, stretching from thread or fishing line. Plywood, carton and wooden parts be sure they are primed with nitro lacquer three to five times and colored with waterproof enamel colors respectively of the prototype. Scale items made from plastic and metal, painted without primer. Finished parts are mounted on the add-ins palubu, and then they mounted fine detailing.
In the side view of the prototype boat are shown the waterline which corresponds to the separation of the colors of the case. Below the waterline the color black. Surface part of the housing and the cutting ingot CVVT grey with a blue tint. Life preservers and inflatable rafts — orange. The inlet of the mines ventilation, tube, floodlight and mast dark grey. The round platform under the gun and boat — beliv. The base is a round platform brown.
V. ARTEMOV