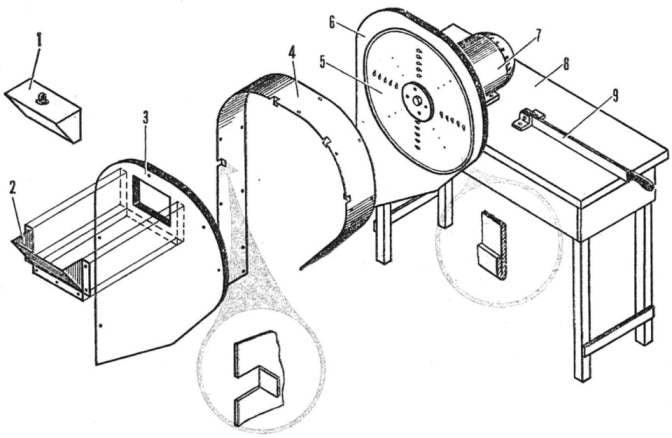 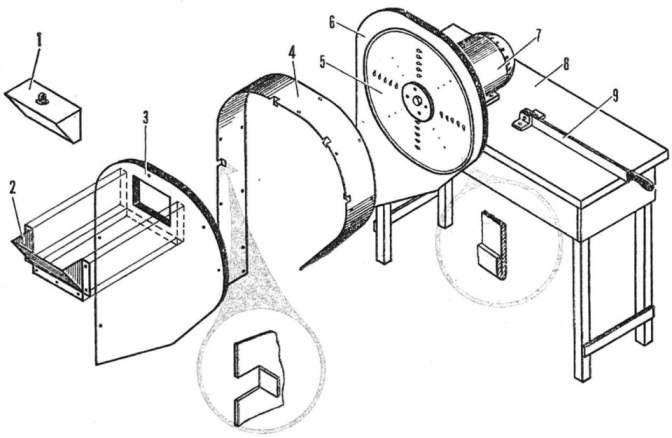 Grind on a hand grater even a dozen carrots – consuming affair, and if you want to prepare food for Pets to shred large quantities of vegetables, fruits? I came out with a simple electric grater. Used motor power of about 200 watts, with a rated shaft speed of 1400 rpm. (it will fit the engine from a household bench grinder; can be used three-phase asynchronous capacitor switching circuit in a single phase network.)
Working on the float is a round steel disc with a thickness of 1.5 and the outer Ø300 mm. the Cutting edges of the disk are formed by squeezing the edges of the holes Ø8 mm drilled in the disk in mutually perpendicular directions. Each row contains 5 holes arranged with an interval of 16 mm, and offset in the radial direction with respect to the next row by 1/2 of the interval. Thus, get two groups of cutting edges, completely covers the working area of 80 mm in width To obtain a different degree of size reduction of required disk with holes of a different diameter. The stiffness of the disk in the axial direction is reinforced by double rolling the edges, and the rear of the radial installation of four steel or dural corners.
Secure the disk on the motor shaft for the landing sleeve. Its the flange on the inner side are rolled four short bolt for cylindrical shanks which pins pushed scratch disk. The shaft sleeve is fixed radial bolt included shaft in the keyway, and axial – via pressure washer. The direction of rotation of the motor shaft in a counterclockwise direction. 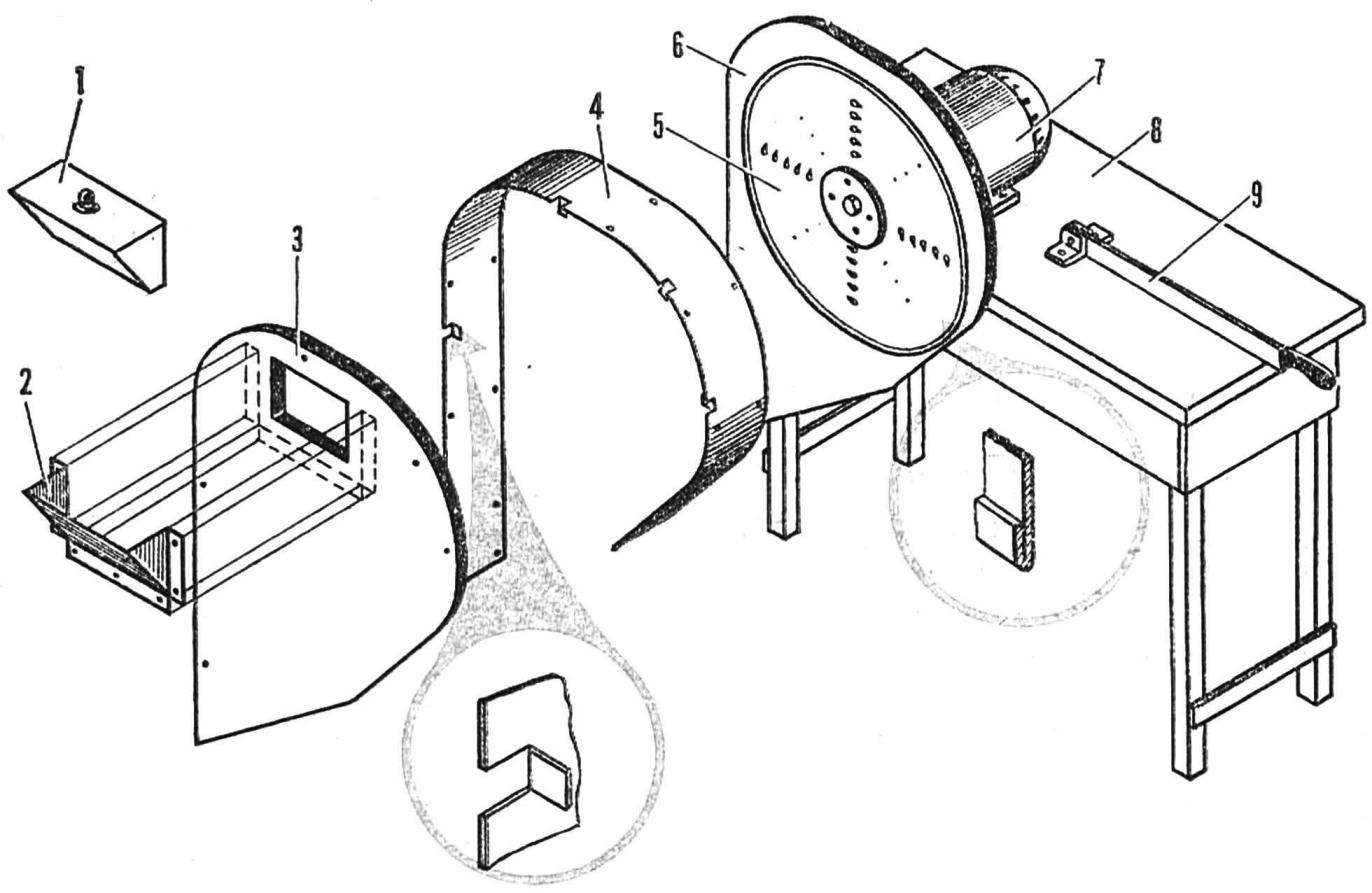 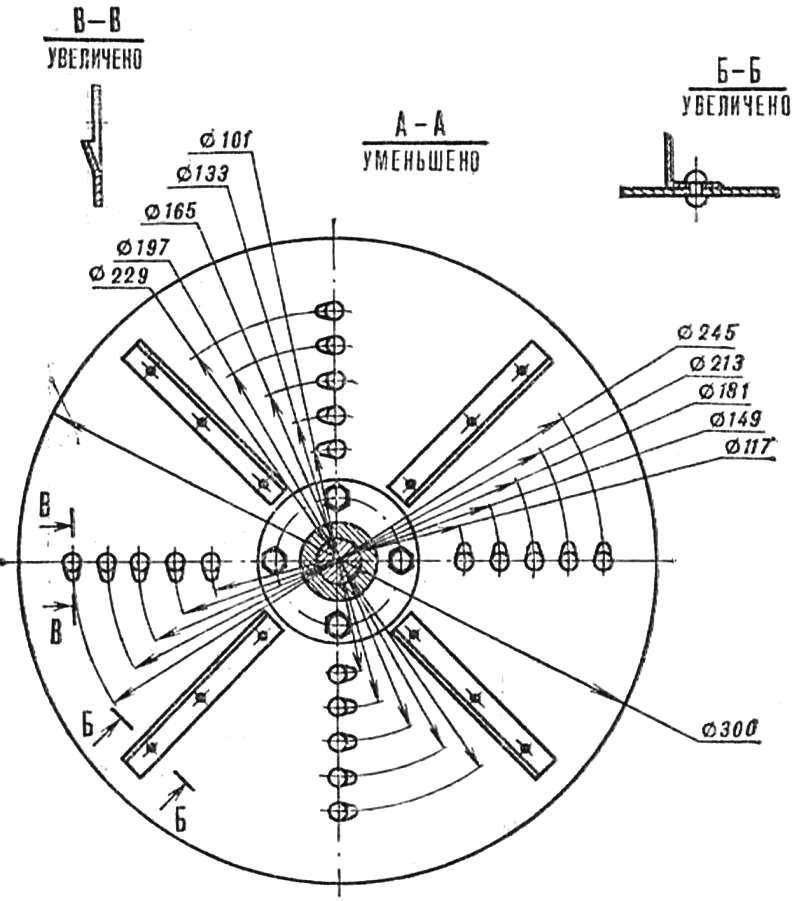 Fig. 3. The location on disk of cutting holes and corners of the stiffener (view from back).
Casing float consists of two plywood plates of 10 mm thickness, one of them cut a hole under the shaft, and the second boot screen. The last to leave the bunker, bent from sheet metal and has a wooden wedge to secure supply of roots to the rotating disk. The sides of the casing are connected at the perimeter of the metal strip so that the bottom of the formed output window.
To mount the casing directly on the best engine block, if it has a landing flange, the carrier sidewall to be firmly fixed on the horizontal support of the engine – small sustainable table. On the working Board it is useful to fit a cutter for pre-crushing of the fruit.
A. REZNIK, G. Pology, Kuibyshev region.