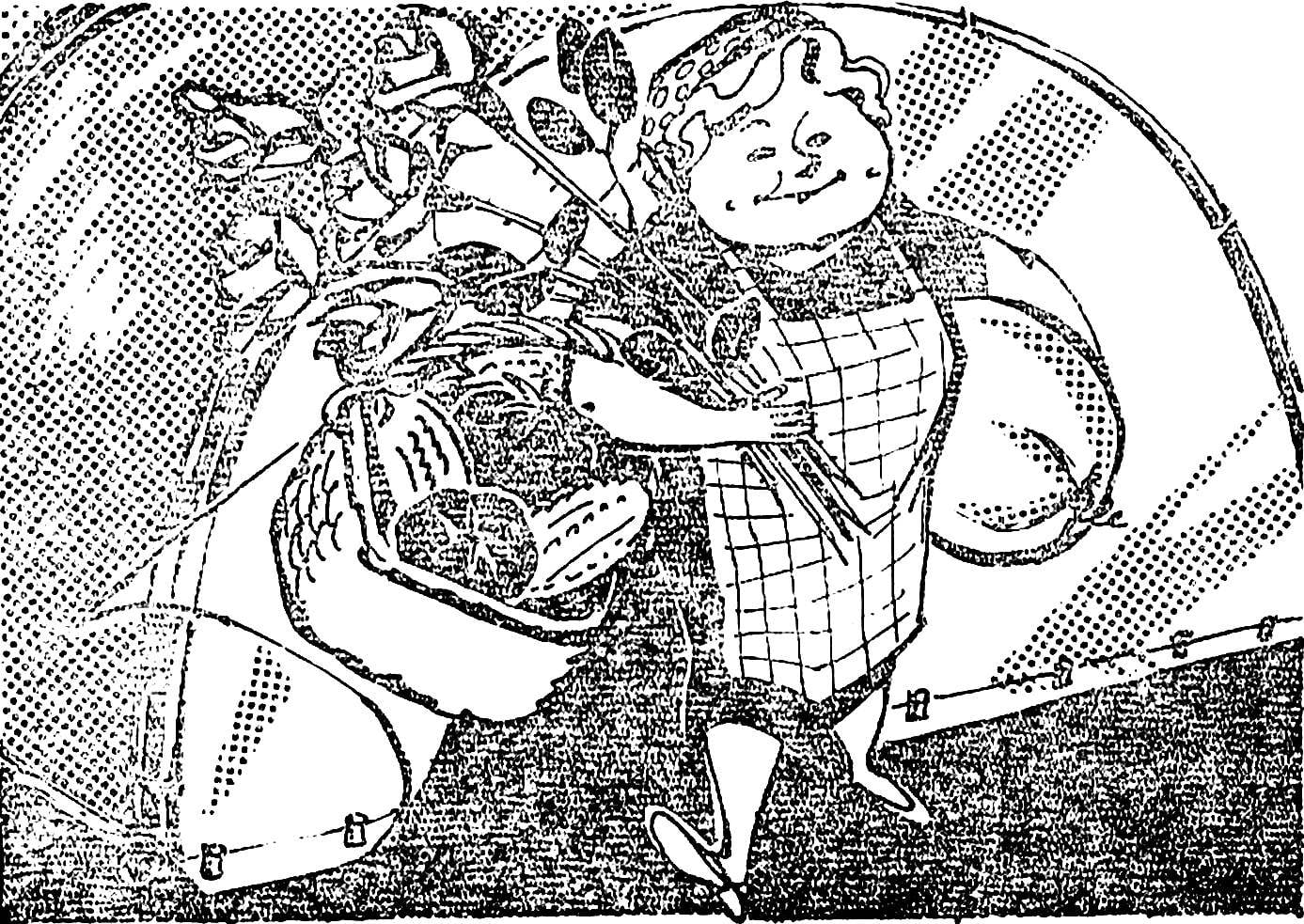 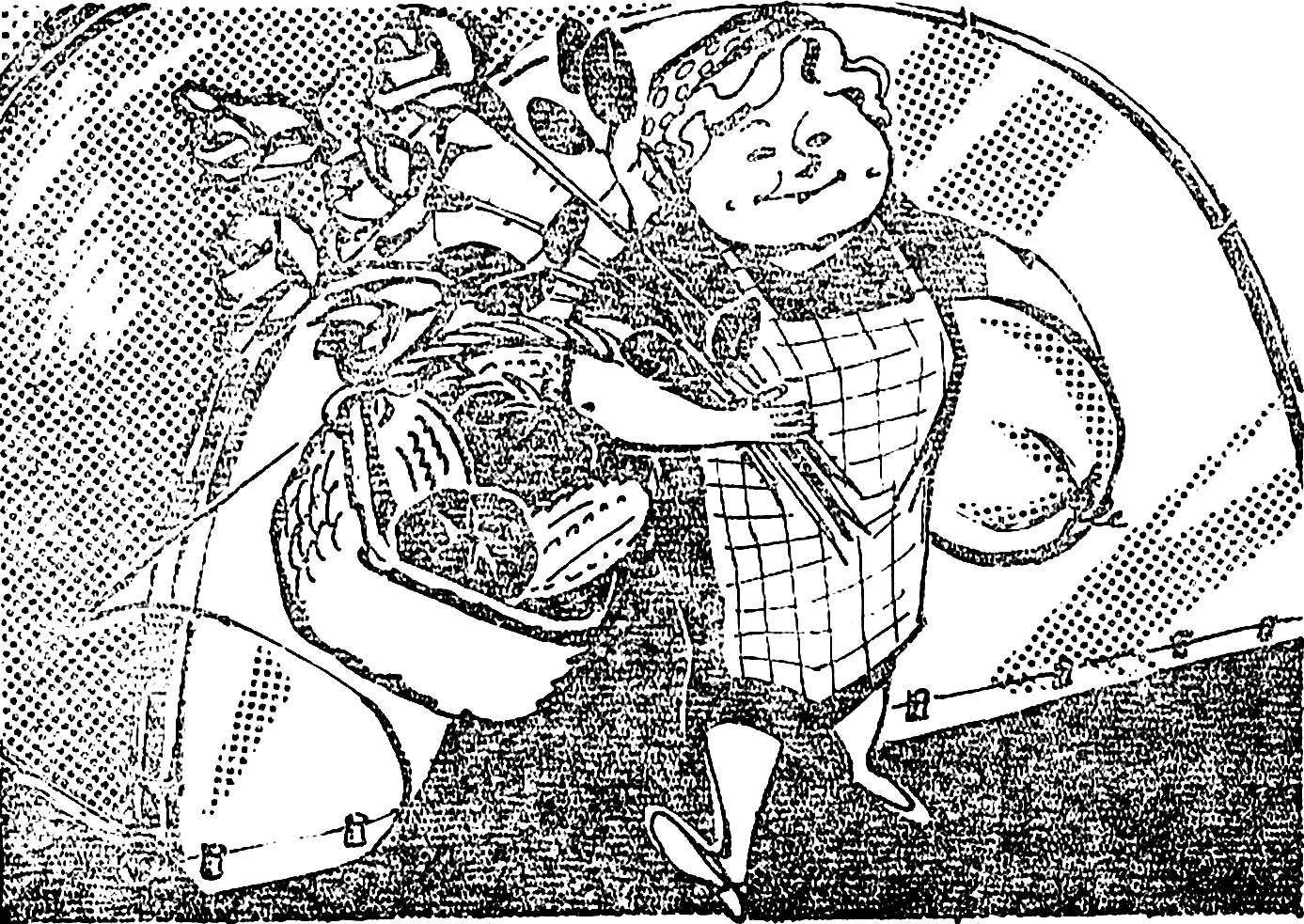 In the “M-K” No. 8 for 1984, we talked about the greenhouse arch designs made by students of the Bauman district of Moscow. Its main load-bearing elements — the half-arches — been made of gymnastic hoops. This circumstance is strictly determined size of the greenhouse. But it is tempting to build on the same principle a more spacious and convenient in maintenance construction of a greenhouse. But here’s the problem: the material for poludov frame to find easy.
But Muscovite Mikhail Nikolayevich Simakova managed to find a solution to this problem. In the proposed scheme it is possible to build a greenhouse, not having virtually no metal parts! I hope that this design, it is available for self-repetition, will interest our readers.
The idea to make this greenhouse was inspired by two things at first glance do not have anything in common: industrial arched warehouses-storage and, oddly enough… fishing. The first prompted the idea of the arched structure, the second to use as a carrier poludov flexible vine or shoots of trees (birch, walnut, cherry, etc.) — a whip, often used by fishermen as fishing rods. The result is a cheap and simple construction, it does not have any need of scarce materials or a specially equipped workshop. Hatchet, hammer, saw, auger or drill, a knife, scissors, pliers, and even a soldering iron and a file — that’s all the tools for the job.
The amount of materials needed depends on the chosen size. So, at the height of the greenhouse, 1 m and length 3 m, you will need 15 m2 of polyethylene film, three logs or thick enough pole length 3.5 m, four peg-backup length 1.5 m, one Board on the horse with a length of 3.2 m, four metal bracket or gusset plate, some nails, scraps millimeter of soft wire, four poles along the length of the greenhouse and, finally, twelve flexible rods for bearing poludov length of 1.5 m. If you up the greenhouse in the human height (1.8 m) in length 2 m, you will need three logs Ø 150-200 mm and a length of 2.2 m for the longitudinal connection, three logs of the same diameter with a length of 2.5 m for stake-jacks, ten rods on the half-arches Ø 25-30 mm and a length of 2.9 m. If the sectional construction of the greenhouse, you can continue as far as the size of the site and availability of materials.
Work should begin with the preparation of the longitudinal frame units. Each log or pole a borer drill the holes for the flexible rods (see figure). In addition, each make three cut for braces-retainers. Then proceed to the preparation of the pillars. From the top edge of the support measure a distance equal to the height of the greenhouse, and drill through hole under the end stop and the lower end of the strut draw. Treat the ends of the flexible rods on both sides so that they are without much effort, but tight enough were in the lower and upper openings of the longitudinal ties. Now you can take on installation of main frame. 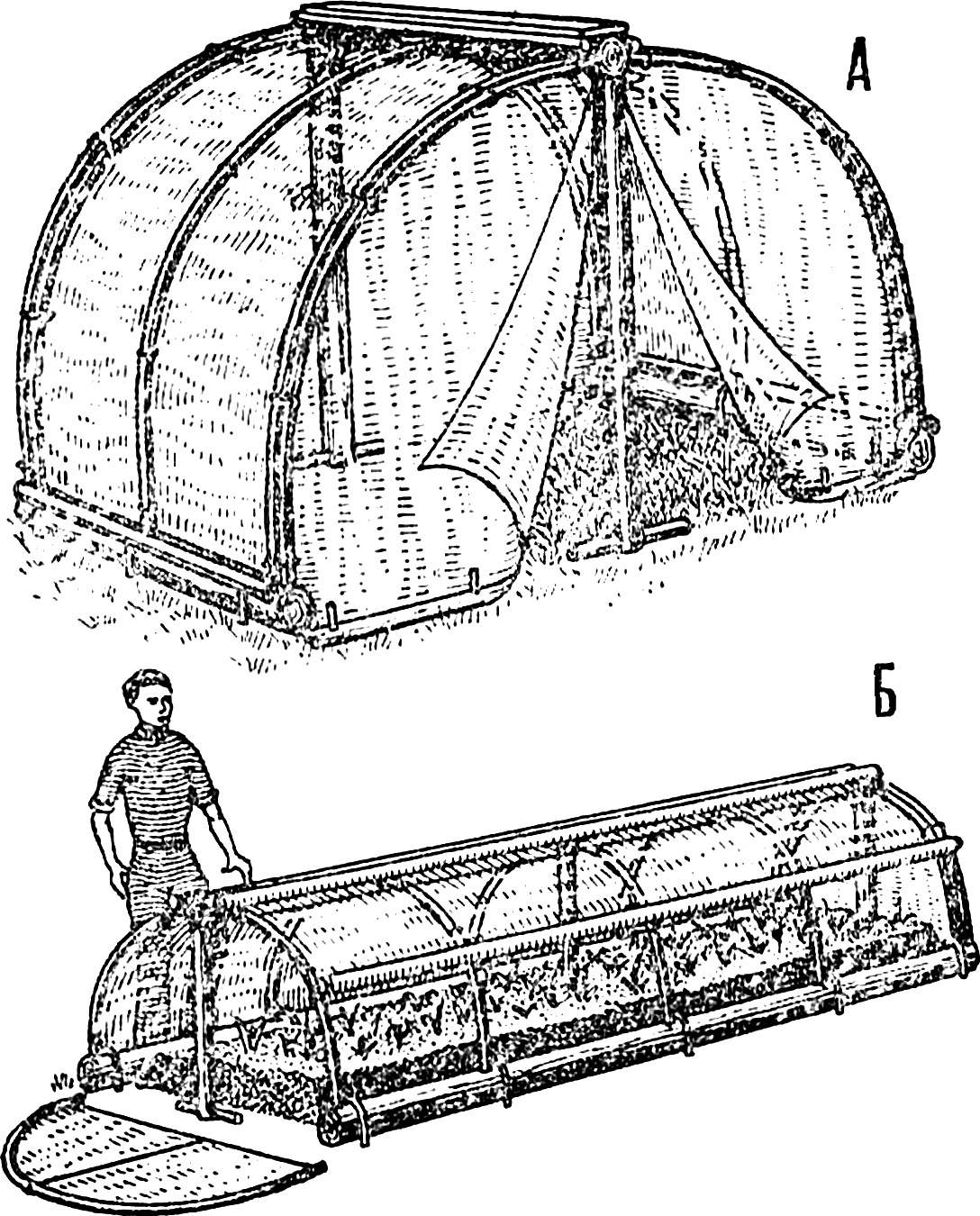 Fig. 1. The use of arched design on the basis of flexible rods:
A greenhouse B greenhouse. 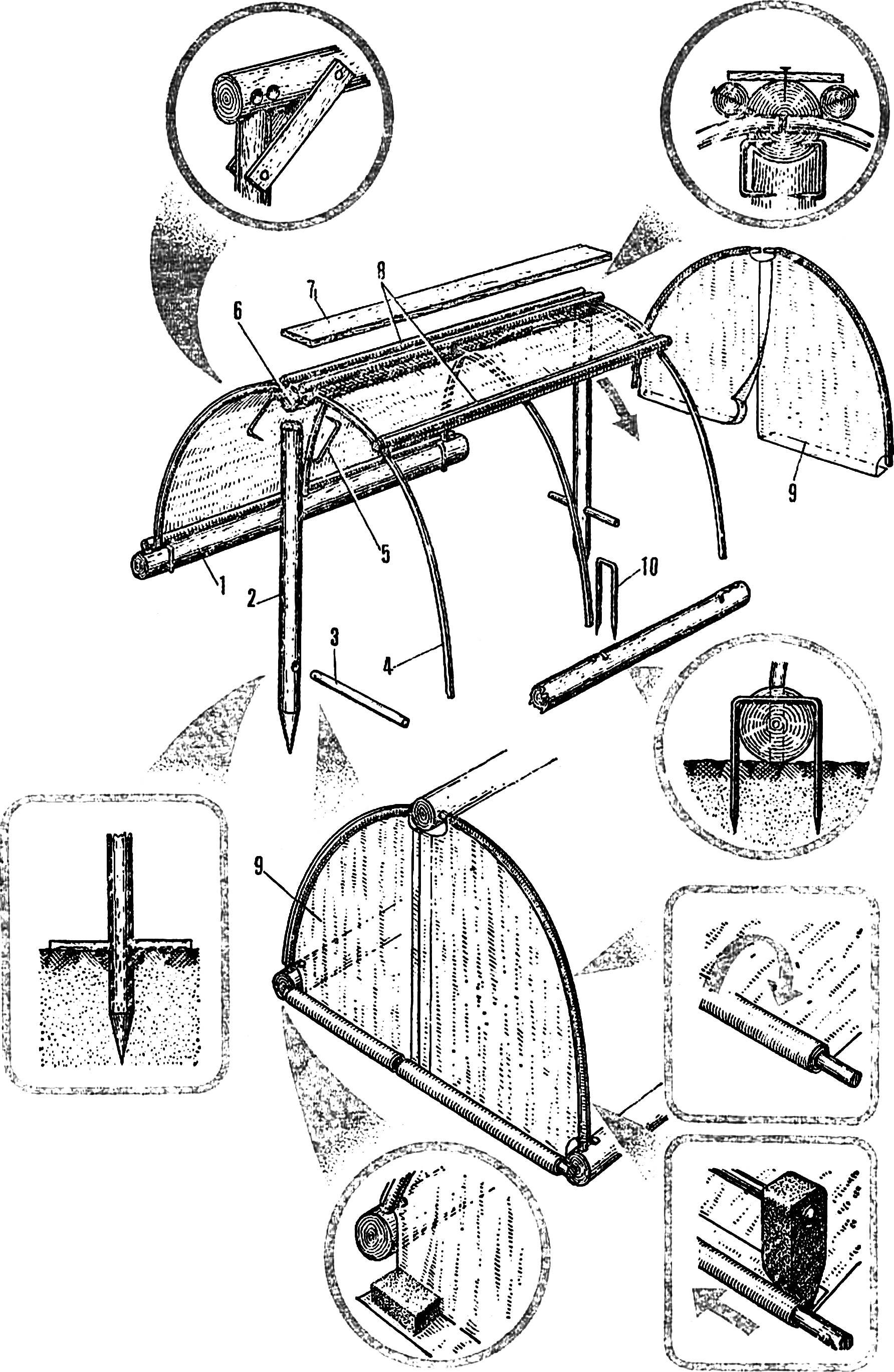 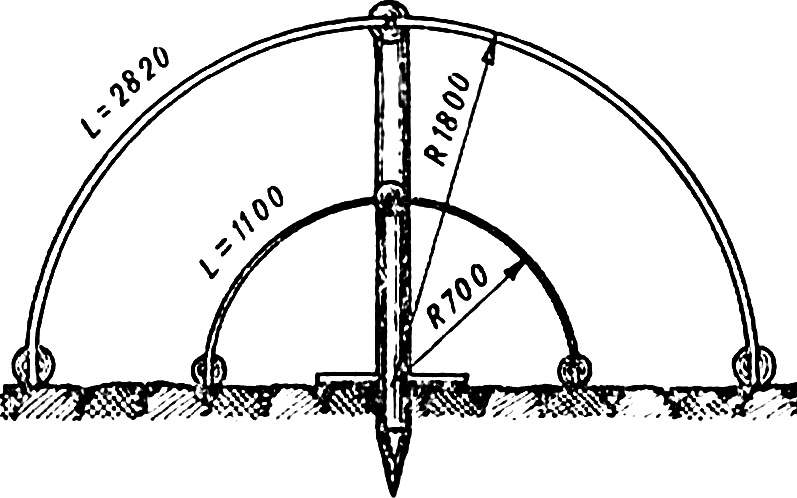 Fig. 3. Determination of length of flexible rods at different height of the building.
Wcopa into the ground to stop the vertical stakes of the rack, attach them with metal brackets or wooden slats spaced one of the longitudinal beams so that the holes for the bars were horizontal. In these holes on both sides of upper longitudinal connection insert the flexible rods. After that, the distance from the vertical struts equal to their height, on both sides of the longitudinal lay of the log and lock them with metal brackets (wooden pegs) and then gently curving in an arc, insert the rods into the holes of the longitudinal logs. The remaining edges of logs free holes are used to mount the end walls, but about it we will talk below.
The next step is to cover the frame with plastic wrap. Wrap a long pole corner, and a second one of the pole wrap the free end of the film in two turns and nail to the top of the frame (see picture). Unwinding the tape, put it on half-arches to the lower longitudinal beams and fasten with nails. After coating the film on both sides of greenhouses the place of articulation poles cover with a Board-skate, to not accumulate water.
The end wall of the greenhouse a small height arm from plywood or boards. More difficult with high greenhouses. In this case I recommend to make the end wall as follows: to prepare flexible rods (same as for poludov frame), wrap them in two layers of plastic wrap and secure the edges of the nails; then tape a pair of scissors to cut the ledge for the upper longitudinal ties and carefully bending the rods, insert them into the holes of the lower longitudinal beams. In the lower corners of the side walls also need to make cutouts for the longitudinal beams. Both polustanke needs to be made so that they overlap each other at 100-150 mm. Mount polustanok I did use a soft wire Ø 1 mm, which joined the two half-arches of the adjacent end wall and supporting frame. The rest of the film bottom can be wound on the stick, tube or just squeeze any cargo, for example, bricks. Notice that one of the walls of a greenhouse it is advisable to make deaf, because the film should wrap around the half-arches and weld soldering iron along the entire length.
Thus, the main work is finished. It only remains to carefully check all the joints of the film, to the wind in places and loose connections don’t have any “windage”, which is clearly undesirable.
In conclusion I will add that a similar structure can be used as a temporary shelter from the rain of vegetables and fruit during harvest.
M. SIMAKOV, Moscow