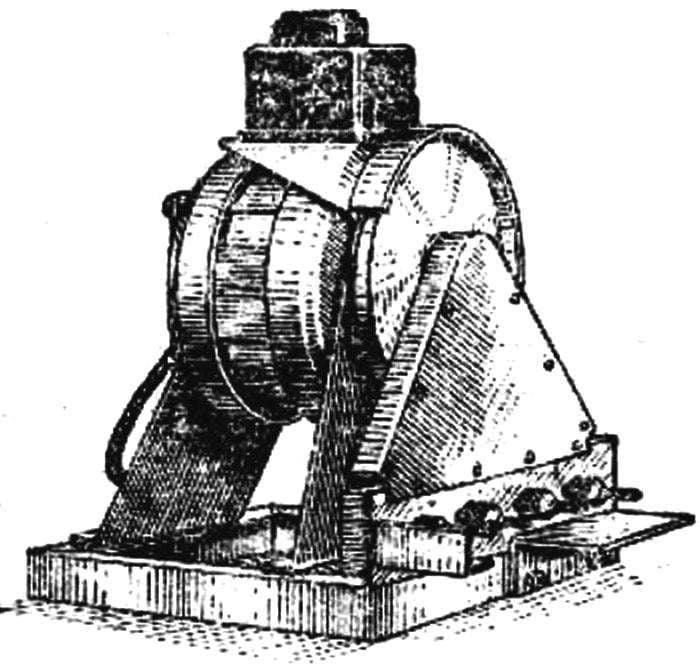 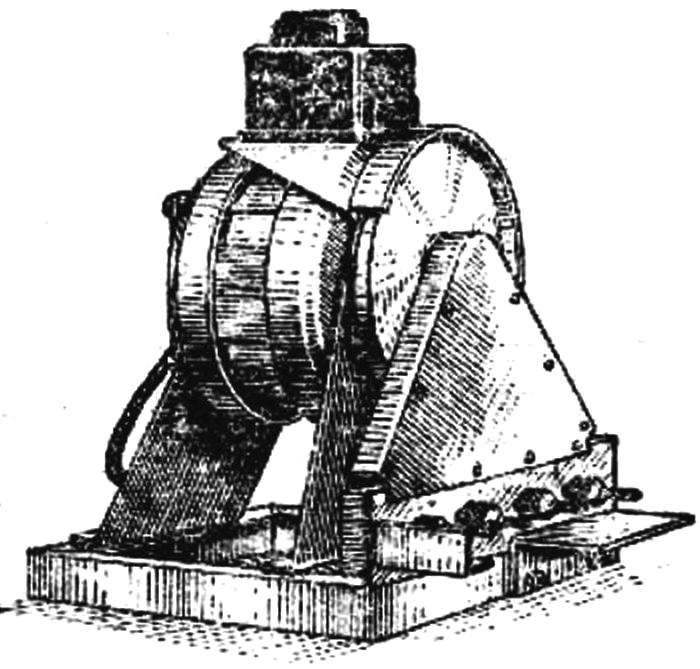 In No. 6 1981 “M-K” talked about how the members of the design circle agricultural modeling of Chernigov obsut after the tour on the kolkhoz apiary has designed the installation for thermal tick treatment bees. Having built her, the guys undertake the following tasks. In the same collective farm apiary they watched as the beekeeper awl pierces holes in Ulevich the framework under wire to consolidate the honeycombs. The awl is the awl: some plank was cracked, the other hole was tightened and the wire did not protectives through them.
Here, on the spot, the club received a task to mechanize the process. Three days later, all brought PA a comma mug has its own versions of the devices for drilling holes in Ulevich framework. We collectively looked at them, and then made a generalized diagram of the installation, and then working drawings quadruple universal machine. By the way, it was possible to get around it and for tool sharpening.
The unit was fabricated and tested. The results exceeded all expectations. We have applied to the Committee for inventions and discoveries and received the copyright certificate.
Our drilling installation with four spindles mounted on a base welded from a steel angle section of 30X30 mm. On the outer end of each spindle planted collet Chuck for drills, on the other side is fixed by dowels pulleys V-belt transmission. 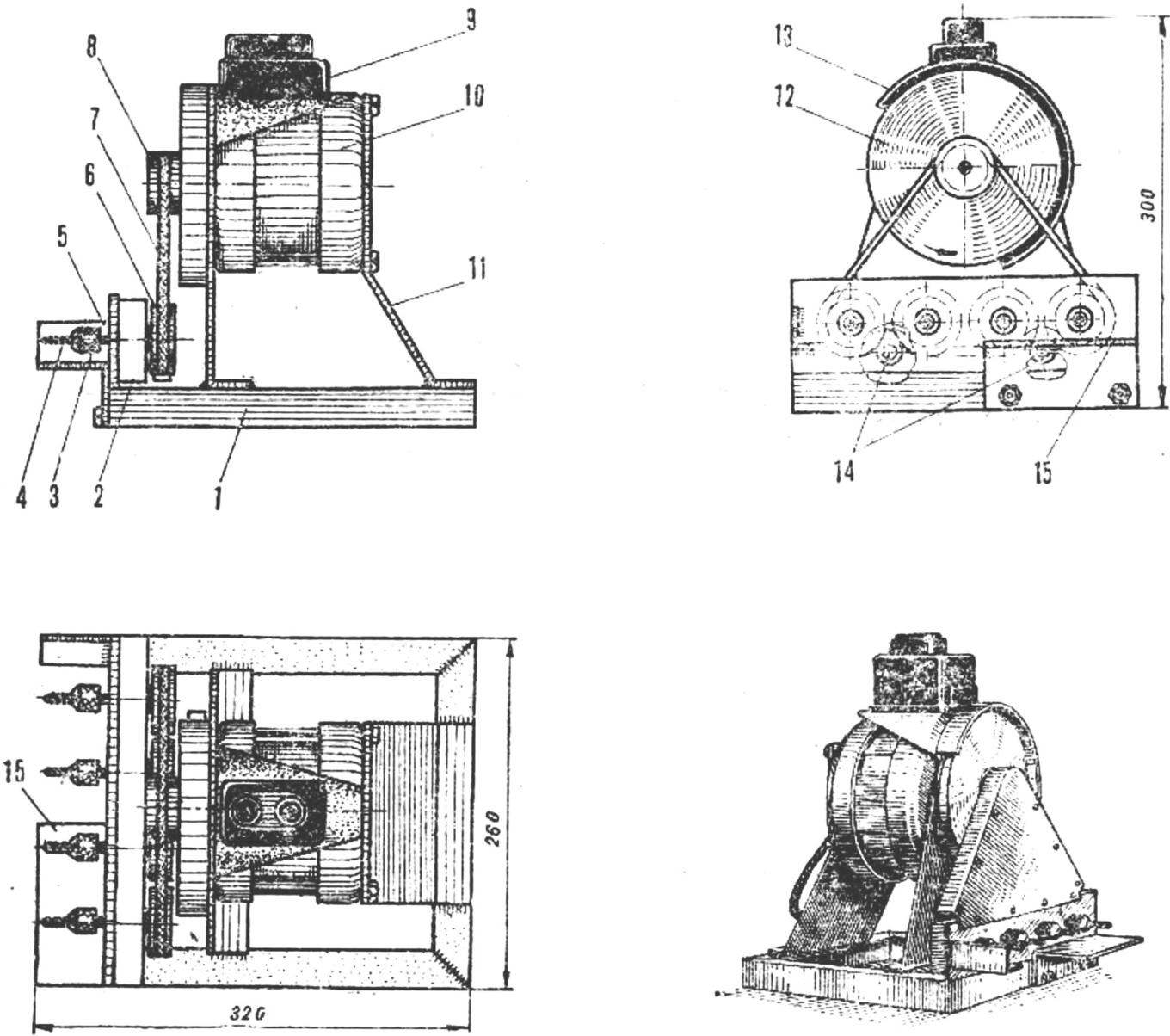 Universal quadruple machine (the cover of the actuator has been removed):
1 — base 2 — body spindles, 3 — collet, 4 — bit, 5 — guide, 6 — pulley, 7 — transmission belt, 8-hub, 9 — button starter, 10 — motor, 11 — rear bracket-engine, 12 — abrasive wheel 13 — fencing of the abrasive wheel with the front mounting bracket, 14 — pressure rollers 15, and the supporting base.
The machine is driven by single phase motor, the axis of which is fixed the hub with an abrasive, she also serves as a pulley for drive of working spindles.
Ulevich holes in the frames are drilled without prior marking. Accuracy are established on the basis of a guide area and a reference area. Frame laid on them and gently served a side plate of the rotating spindles with perovymi drills.
I. EVDOKIMENKO, the head of the design of the circle, of Chernigov obsut