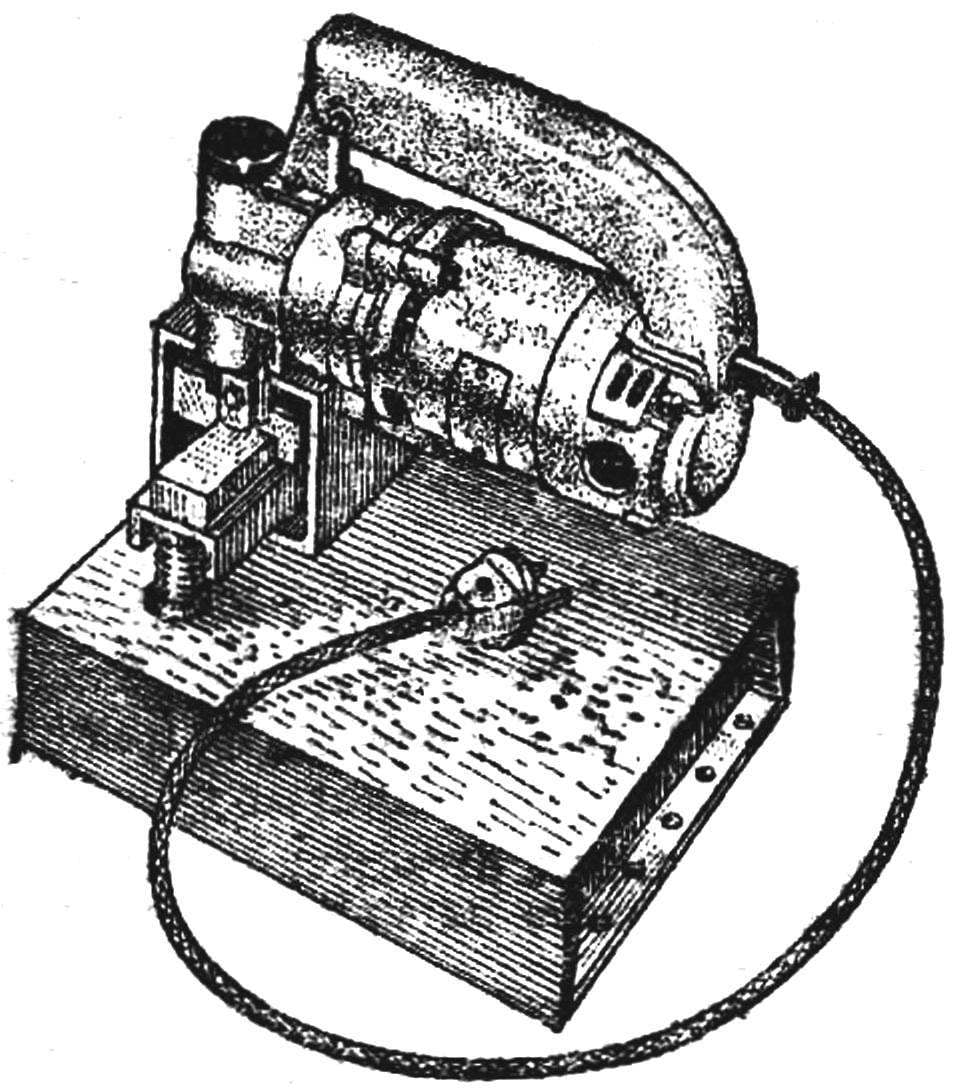 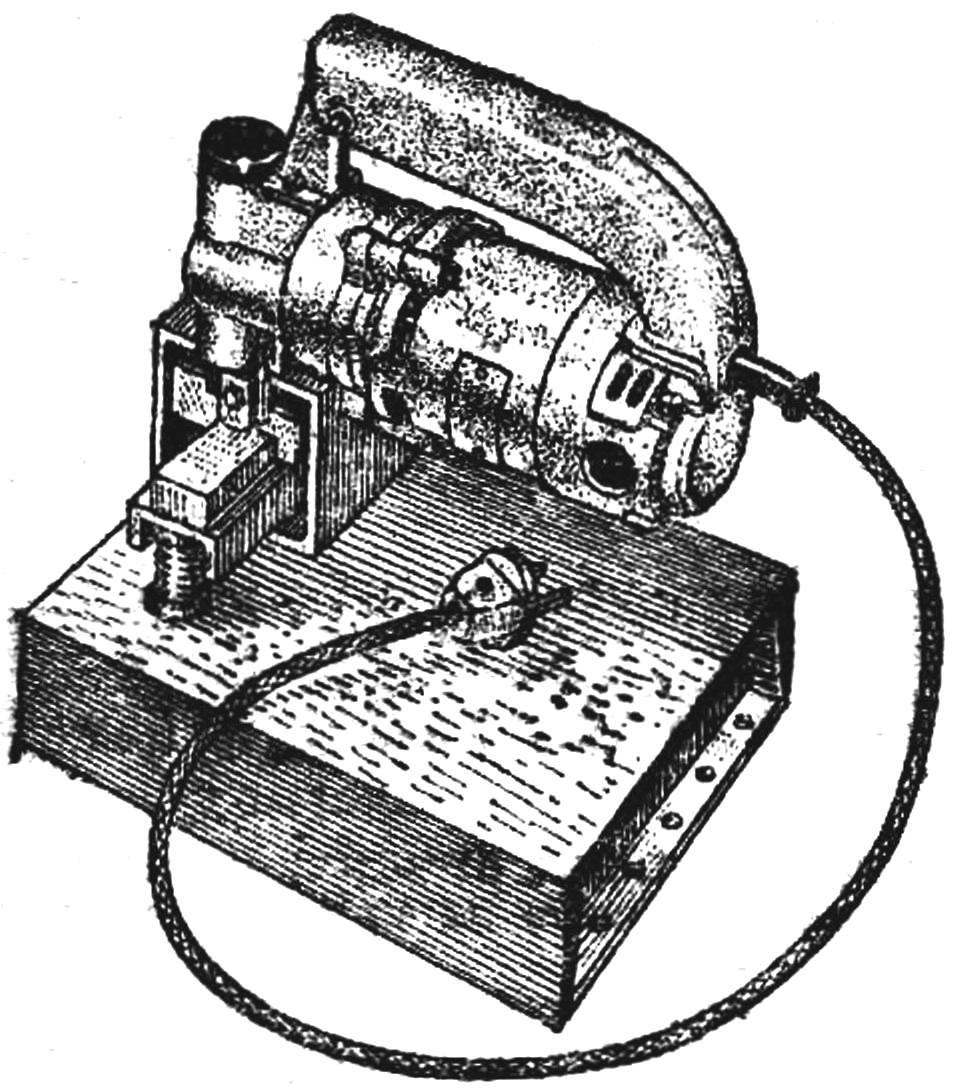 In the old days tresses are able to sharpen many, although it is not easy: before you bring the blade up to the ringing of the sharpness of the grindstone, it beat with a special hammer on a rounded anvil. Now, few people know the art of hitting. And it would be necessary. For example, in collective farm “Progress”, sponsored our Cuto, in the time of haymaking on the fringes of the forest and other uncomfortable for the Parking the grass mowed manually. KOs, of course, a lot, and the old man who knows how to discourage them, a few units do not have until the new dawn, the bot came to us farmers to help mechanize the process.
With the head of the club, W. M. Neboraka we came up with CCM-1E — machine for riveting KOs electric. The drive used electroweak brand OF 5402. Installed it (the place) to the body, welded from two pieces of steel channel and screwed to the frame. The working body of machine — hardened steel firing pin is attached to the movable element of the actuator.
Striker placed under the anvil. Unlike usual she’s not a massive piece of metal, but rather a complex device that allows you to adjust the gap between the surface and the striker. This gives the ability to accurately dose the force of the blows.
The anvil has an axis of rotation and spring loaded adjusting bolt. Under the nut on it is mounted a washer made of thick rubber to prevent the rattling in operation. 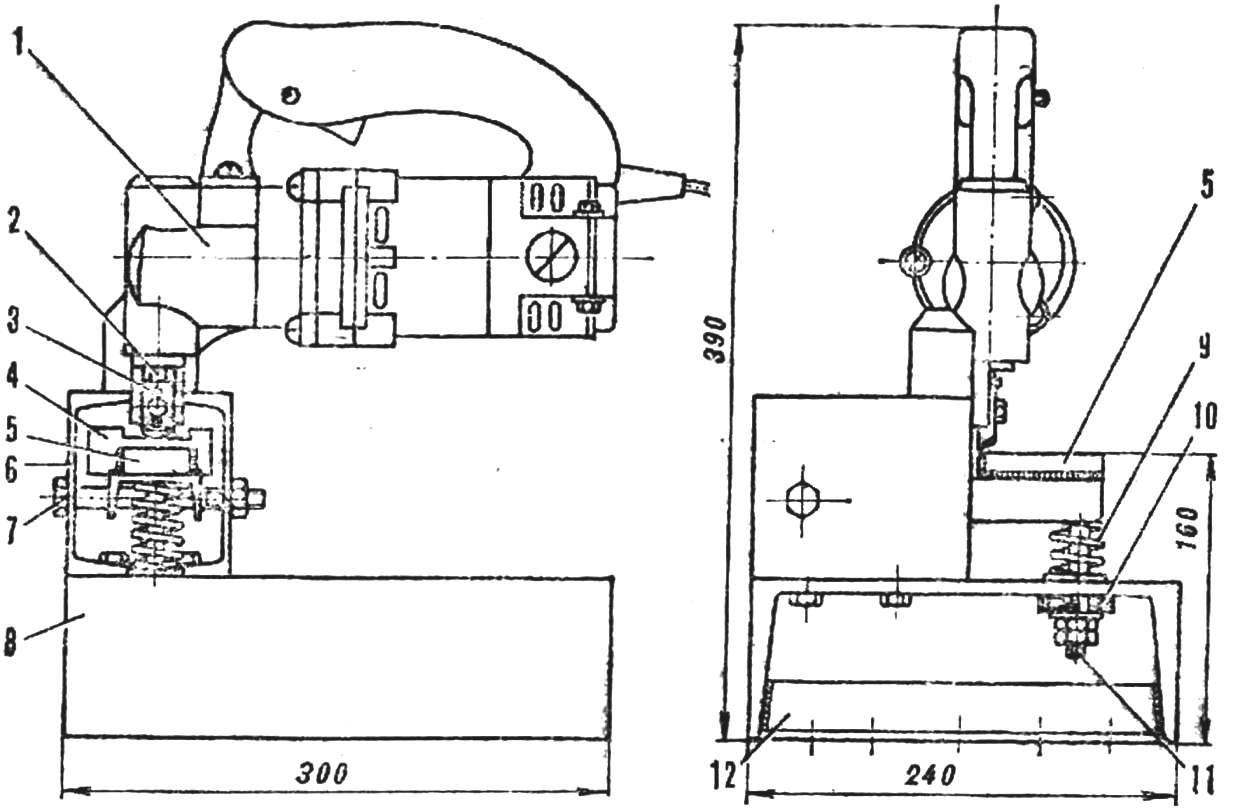 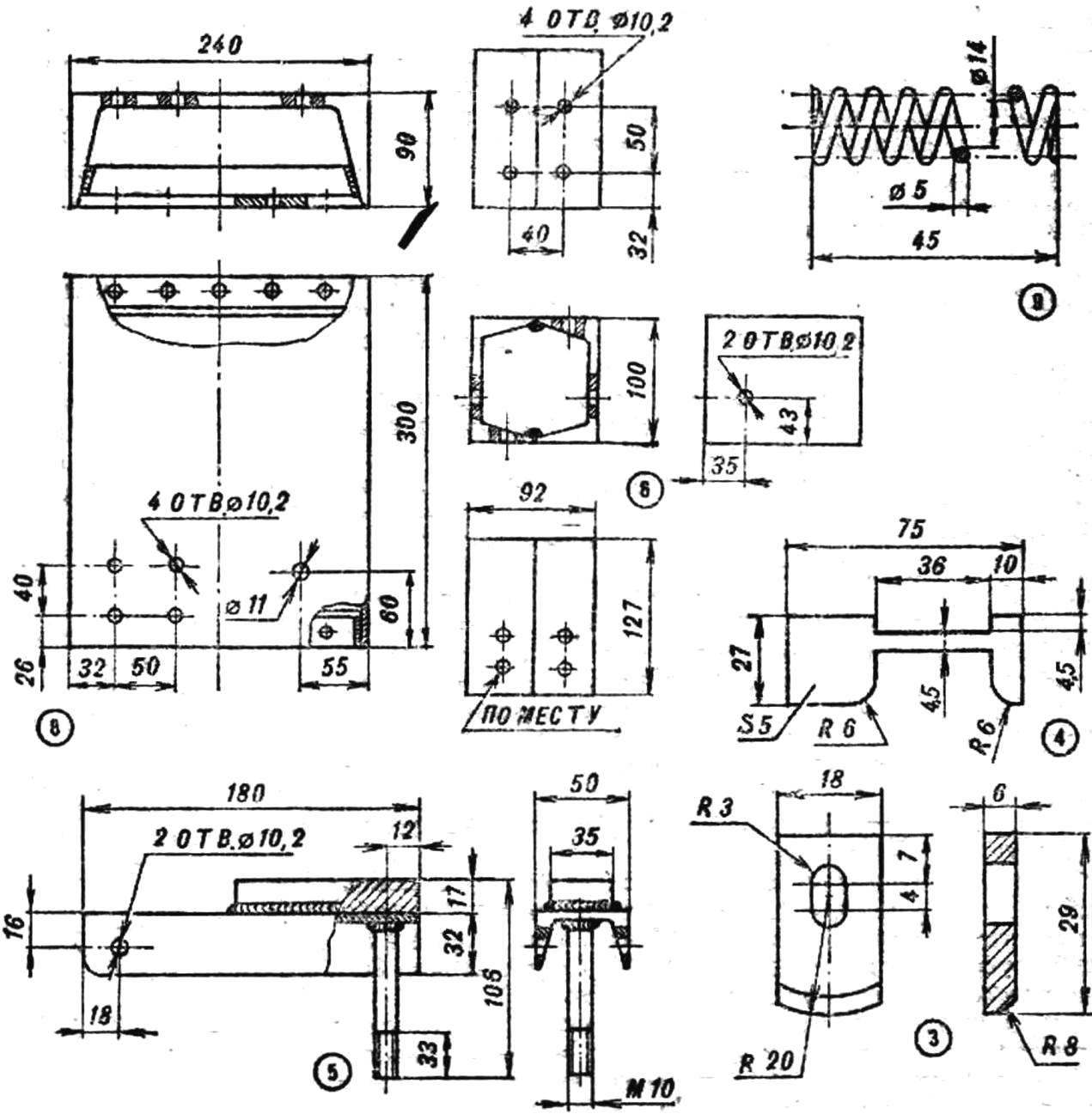 Machine CCM-1E:
1 — electric, 2 — insert, 3 — pin, 4 — blank, 5 — anvil, 6 — housing, 7 — the axis of the anvil, 8 — frame, 9 — spring, 10 — rubber washer, 11 — adjusting bolt, 12 point.
Behind the striker welded to the anvil stop, limiting the depth of the bevel on the blade and to the frame corner with holes for mounting bolts to the machine is not moved around the workbench from vibration.
Beats the scythe with two hands the blade away from you. Clasping her jumping under the hammer, slowly move from right to left. Final finishing whetstone.
Now KOs is not afraid of the stone. If something happens, it can result in” row for quickly and accurately operating the CCM-1E.
S. RAZUMOV, member of the “Club of the young technician”, Vitebsk