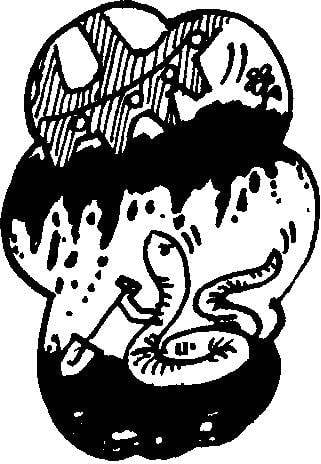 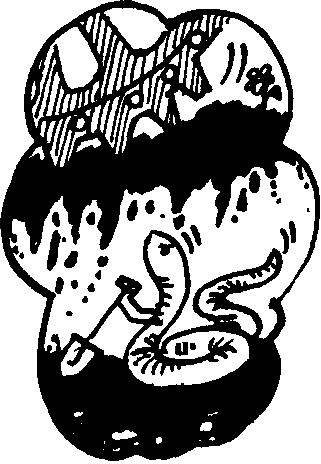 Compaction of the soil. It occurs, as is well known, not only as a result of systematic effects on the earth-wet nurse of heavy machinery, vehicles, but also because of natural causes. And ultimately leads to large losses in productivity, reduction of soil fertility.

To decompress the subsurface horizons at the same time with ploskorezy processing of the upper layer I and the participation of young innovators Humala I. and A. Schmidt developed design scelerata to commercially available and widely used in Kazakhstan tillage implements of the type PG-3-5. The novelty was tested in a number of individual farms and on the fields of the farm “Krasnosel’skaya” of Taranov district, Kostanay region.

Base scelerata is produced by forging method from dual culled from the racks of the working bodies of the cultivator KPE-3,8. Bottom welded it to the steel band (at an angle of 15° to the horizontal) for mounting a replaceable cutting element is a drill bit the width of 60 mm from the plane of the chisel. Working-on PG-3-5 saleres is mounted by means of pairs of plates installed with four screws M16. 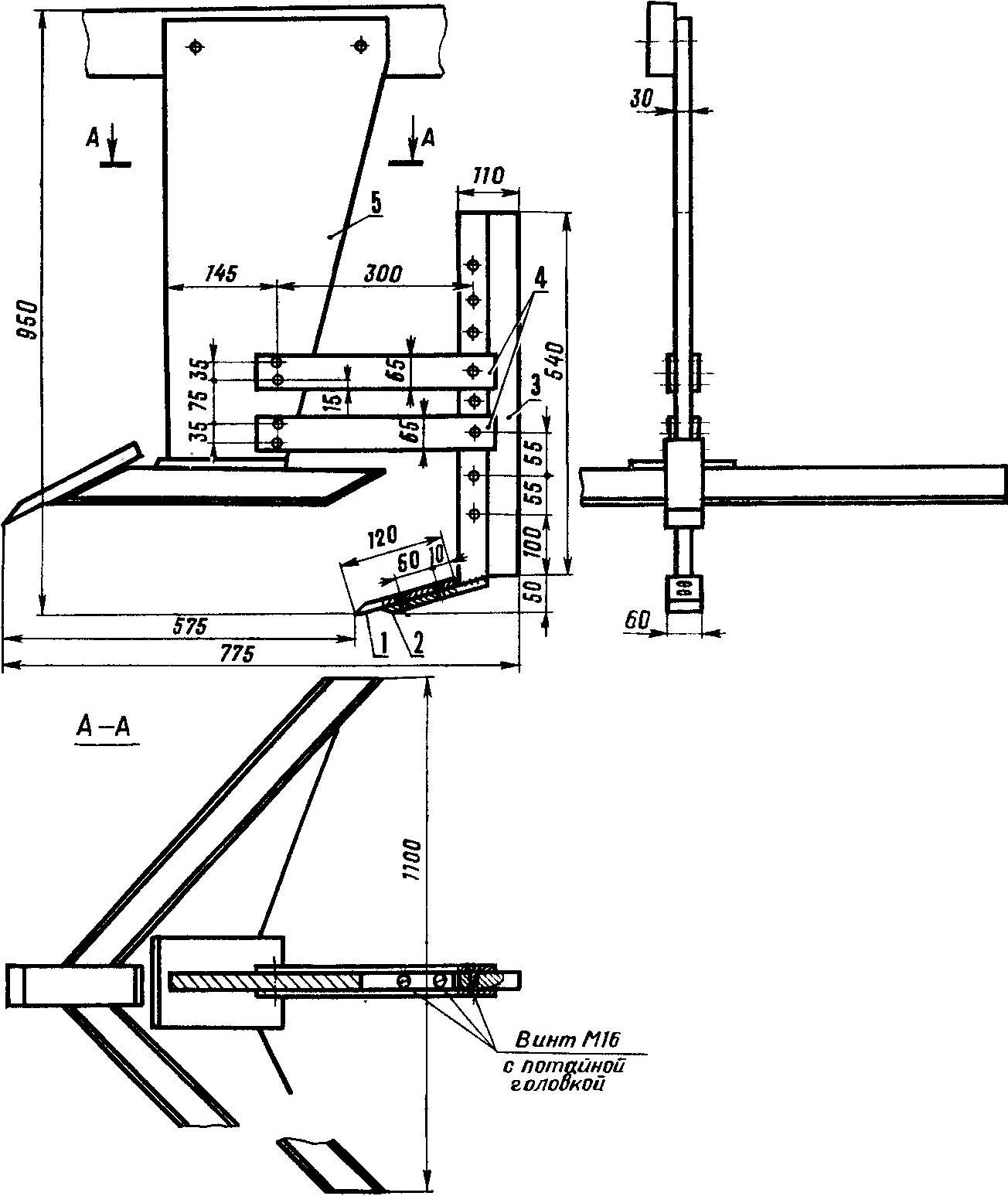 Fig. 1. Selleres for decompaction of soils:
1 — replacement cutter, 2 — steel strip (you can use bits from a written off plane-chisel), 3 — base (from dual culled from the racks of the working bodies of the cultivator), 4 — steel plates (St3) installed in pairs, on both sides, 5 — stand main working body of the PG-3-5.
Of course, the tractive resistance is such a modernized tillage operation, as the test showed, on average 12-15% higher than that of the variant without scelerata. But it contributes to a more full realization of the power of the tractor. Moreover, the safety of stubble on the surface little different from a control plot, processed still PG-3-5 that Kazakhstan is an important factor.
Several other design tools for deep ploskorezy tillage delovanjem. Working on here is made from discarded chisel plow PG-3-5. But instead of serial horizontal plate welded base (for example, from steel CT3) to which by means of screws 14 with countersunk head attached to a cropped bit from a PG-3-5 60 mm in width. the Latter can not be shortened. But then you have to make a cutout in the front of the rack of the working body to accommodate the drill bit. 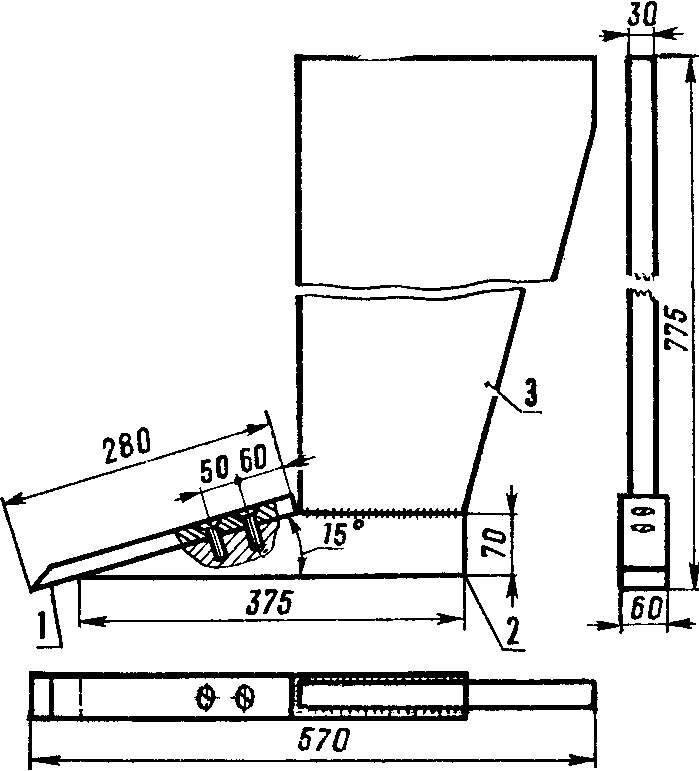 Fig. 2. The working body for selevinia:
1 — cropped a bit from decommissioned PG-3-5, 2 — base, 3 — culled stand of the chisel.
The tilt angle as sharpening chisels, standard. As the test showed, this is a steady course of the guns on depth and sufficient quality is provided by the loosening of the arable layer with preservation of the stubble on the field surface.
R. GALLYAMOV, candidate of technical Sciences, Kostanay