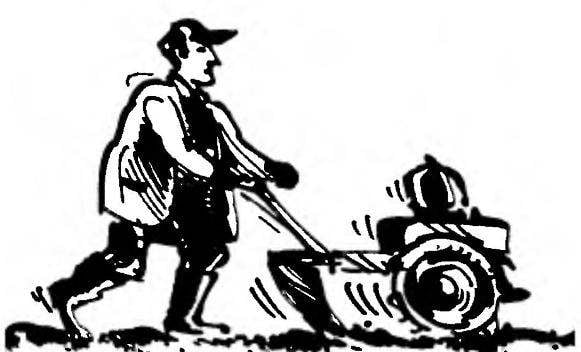 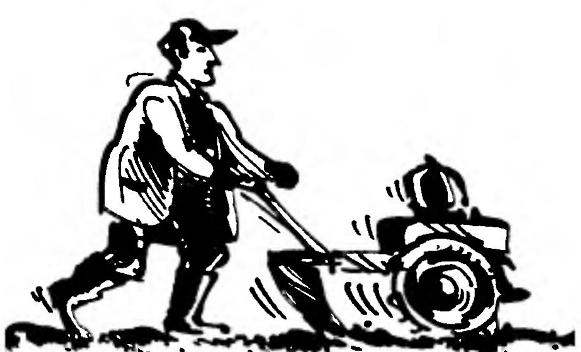 In the repair and testing of electrical tillers, not equipped with a battery, as well as type motorcycles “Voskhod-ZM” and mopeds have to ensure that the system power supply every time you start the engine. Troublesome, and unnecessary consumption of gasoline. But there is good, in my opinion, the solution is to use as a source of energy for household electricity. Only need the upgraded power unit from child filmoscope.
Indeed, the transformer T1 at the base of filmoscope able to give the load up to 4 a at A voltage in the secondary winding 12 V. it Remains only to convert AC to DC and feed it through the probe and connector to the onboard network of the motor-block.
With the first task can handle the rectifier for the diode bridge VD1 —VD4 with bolsaescola capacitor C1 that smoothes output voltage ripple. The second is solved using an improved toy gun and large size color eraser type “Architect” in which it is embedded coupling elektronaladka.
To waste all this connected with the usual plug ХР1. And then the 220V AC voltage to the primary winding of T1 will be transformed into 12 In which after rectification and smoothing can be used to check onboard electrical equipment tillers: lighting, sound and light alarm. And “minus” wire (usually black or blue) is closed directly to ground. “Made” (as a rule, it is in the red or orange insulation) is connected using a probe to check the circuit. 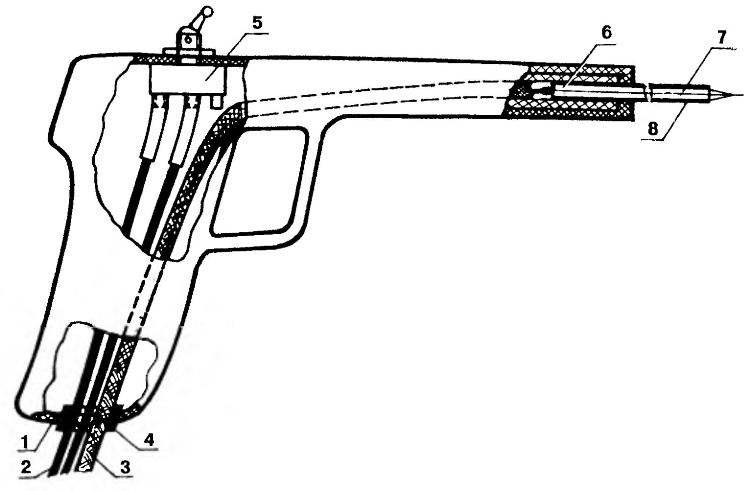 Upgraded connector:
1 — wire input; 2 — coupling is elastic, waterproof (stationery eraser type “Architect”); 3 — lamella of female; 4 — pin lamella;5 — winding sealing (rubber or plastic micronor); 6 — wire output.
The specified colour coding should be followed when using a stationery eraser “Architect” as a moisture barrier and substantially sealing contact of the clutch. Especially if the standard connector is already pretty worn out.
And another important point. Avoid a strong “shots” of the induced current in the “continuity can” electrical circuits should be temporarily disconnected from the electrical system BCS, ignition coil and generator.
D. YAKOVLEV, St. Petersburg