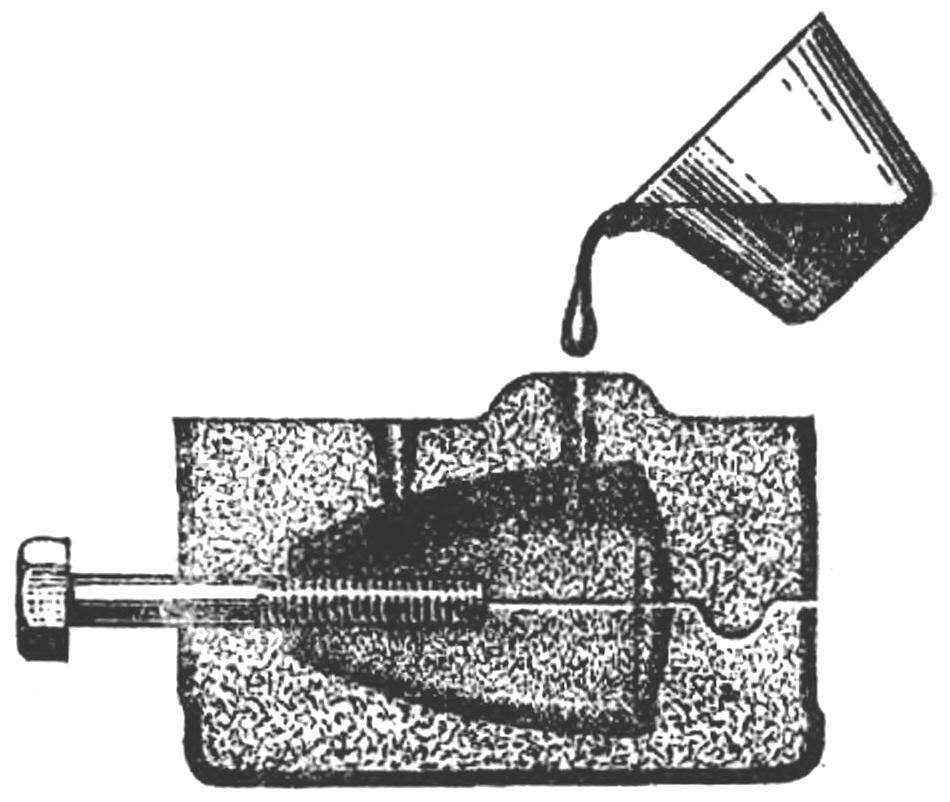 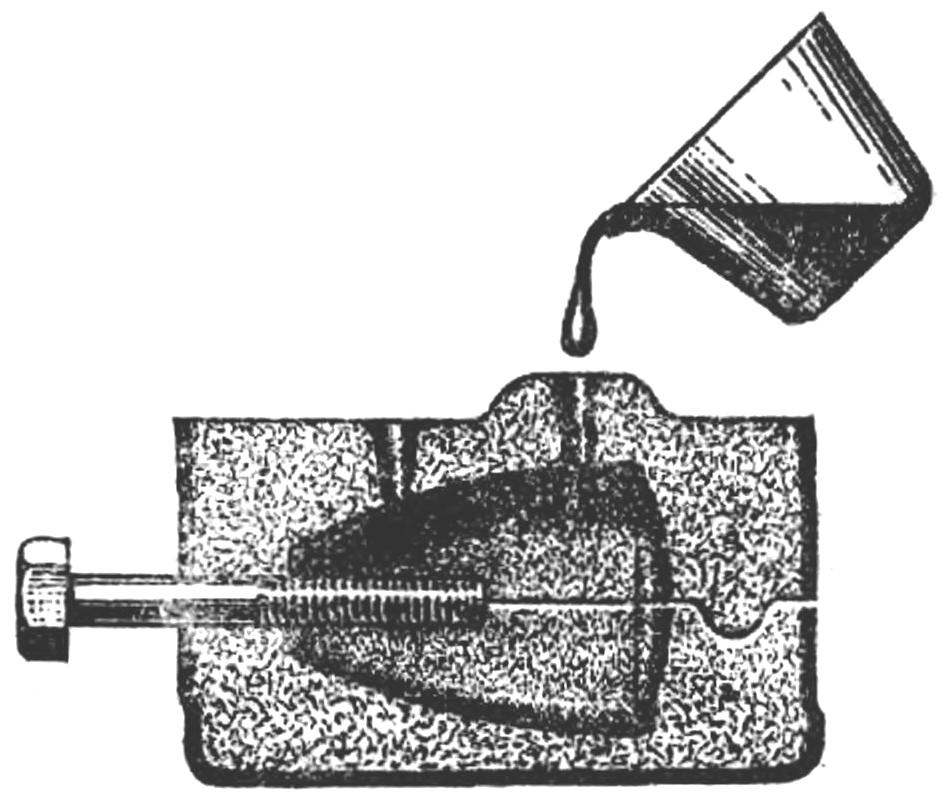 There was a time when a cracked handle of radio, split arm shift lever of the car has forced me to look for a replacement in the stores, and, frankly, often unsuccessfully. I tried to carve them out of various plastics or metal, but this was laborious and time consuming. In addition, not always possible to bring the home up to full compliance with the lost original.
The search for an appropriate method of recovery of a variety of plastic parts eventually led me to the idea to use for “that purpose epoxy resin. It was the perfect source material: “cast” almost every part of it is not a difficulty. The best shape-forming material was a conventional plaster.
When making forms, I adhered to the following technology. For a start I picked up a box of metal or plastic — most often it was a bar of soap. Then they filled it (pre-grease the inside surface with a thin layer of technical vaseline) to half plaster of Paris and was immersed in it until about half naselennyu detail, which was backed up. Without waiting for complete curing of the plaster on its surface a thin metal blade was doing two or three wells.
After the final setting of the plaster the surface again smeared with vaseline and poured a new batch of plaster that completely covers the item sample. Before the last fill put in the form of a plastic insert forming the sprues and vapory. 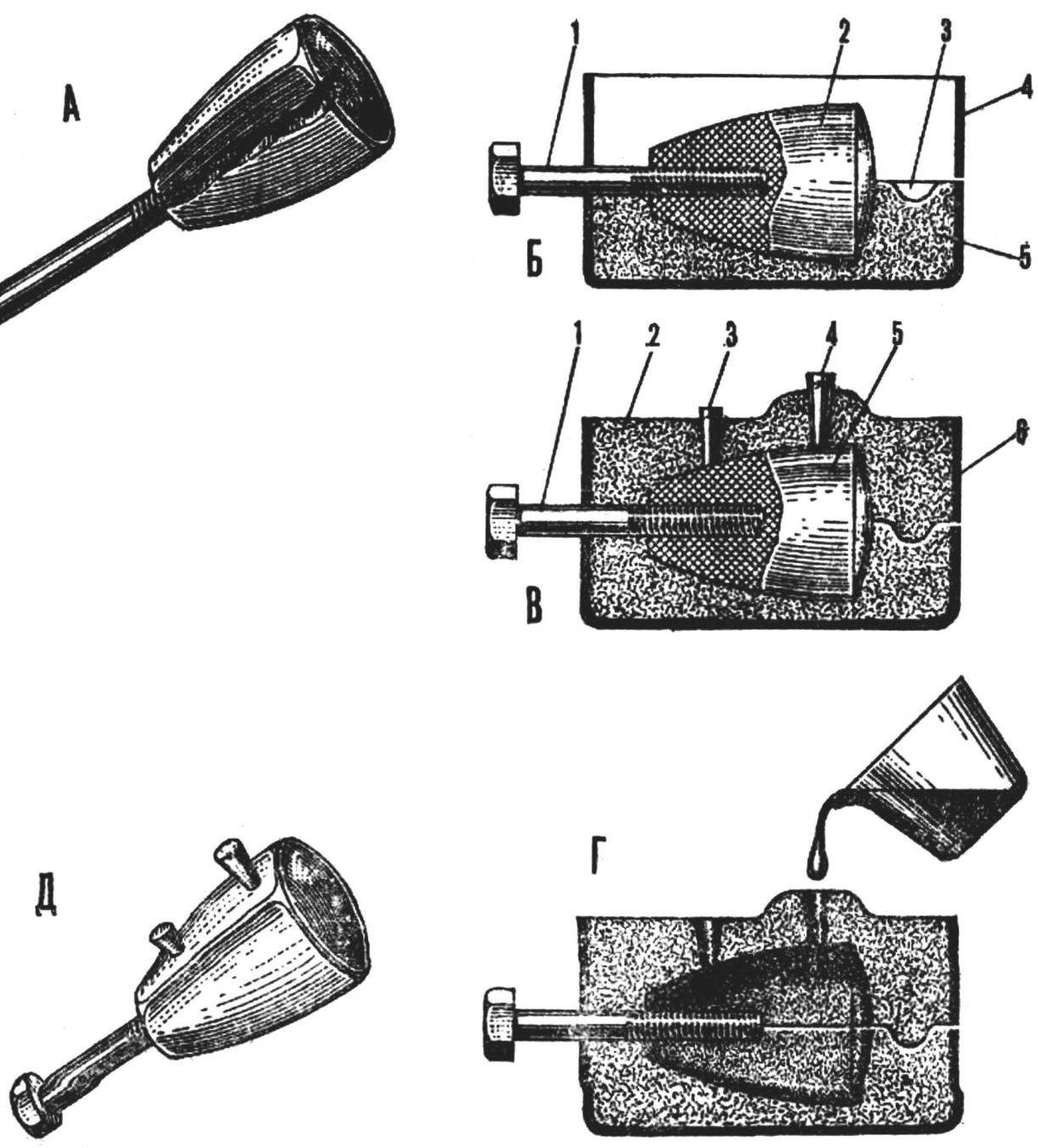 Fig. 2. Manufacturer of handles for screwdrivers.
A and B are the upper and lower mold halves.
In — screwdriver with a ready arm.
When the plaster has hardened, the form was understood, it was removed from the sample and the plastic insert. Clean and dry utensils epoxy resin thoroughly mixed with the hardener (in a ratio of 8:1), and it was added dry pigment of the required color or nitro. The resin is poured into the sprue as long as it does not show from Vyborov. A day took the form, was removed from her detail-copy. It turns out almost ready — you only have to remove the sprues and vapory Yes to clean up the seam of the connector shape.
If the item has an internal hole, in the process of preparing the forms it should be taken into account. If, for example, the arm is designed for screwdriver, in the manufacture of castings in the shape of inserted steel rod tool. If it is a threaded hole, in the form of a fit bolt, with a thin layer of grease, it is easily removed from the casting.
A. KORNEV, Moscow