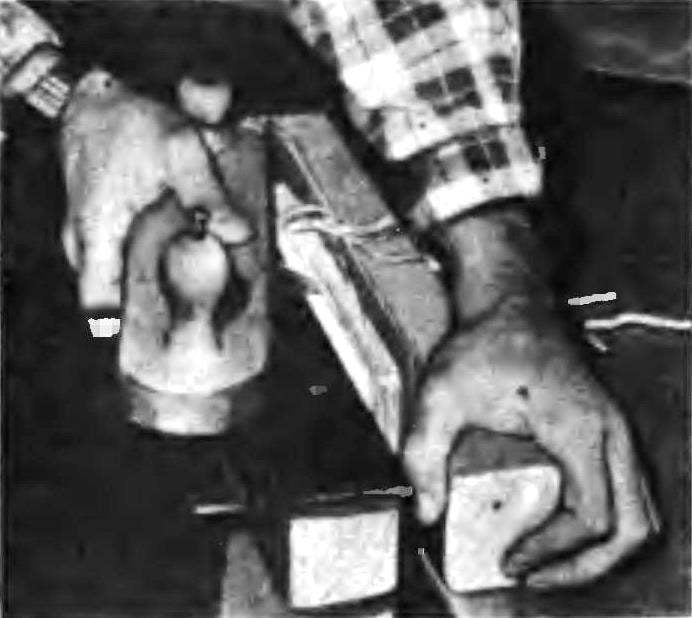 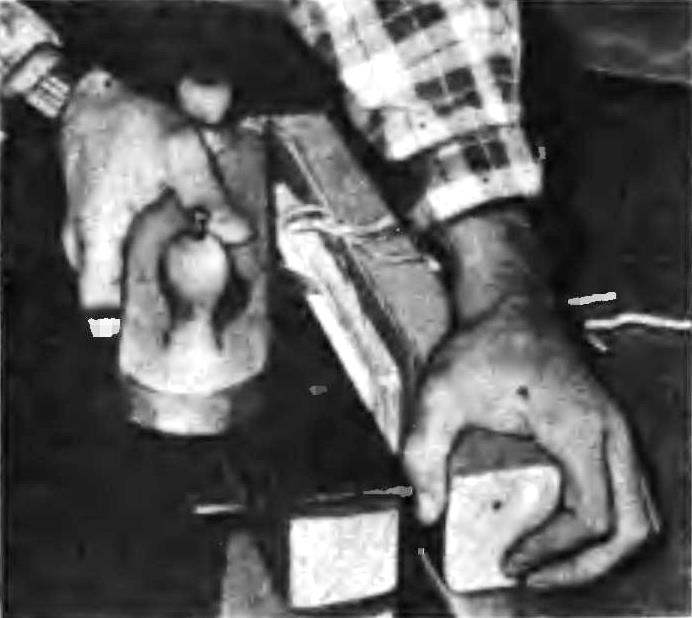 After reading in the “M-K” No. 2, 1988 on “the guillotine” for trimming the binded books, I decided to share my experience. Moreover, they issued the fixture due to design complexity not available to everyone to review, and it is not very convenient, since the author complains about the duration of the process. But it costs not on the device and that the principle of movement of the knife vertically.
It’s easier all round if you can get the knife to move horizontally. In addition, the dimensions of the cut blocks can be anything — even a newspaper binder. Depending on each particular case of possible design options. With one of these, fully proved itself in practice, I want to introduce to the readers. The more that his scheme can be used as fundamental as it contains all the basic elements, suitable for creating any other modifications depending on specific needs.
The device, which I successfully use for home computers — restaurerede whether the old book, and whether the sheet set,— consists essentially of two main parts. This is an original wooden grip (the press), to which is clamped the trimmed block of paper or cardboard, and the clasp is squeezed it with a knife. To make both available to everyone, and it does not require any special tools, no missing parts, no large amount of time.

A device for trimming the Assembly:
1 — clasp, 2 — pad slides, 3, 4 — bars of the press (a Vice), 5 — block, 6 knife, 7 — protracted bolt, 8 — pad (cardboard).
Vise (press) is any two bars with holes for tightening their bolts. The section bruskov should be such that when pinching between cut block they do not SAG (about 60X60 mm), and length — depending on the format of the book or binder: cut the blocks should be placed between the tightening bolts. It is possible to recommend for the bolt to pick them of such length that its enough for both the bar and the thickness of the possible blocks, that is with the stock. Lingering nut is better to use the wing.
On the lateral plane of one of the bars is mounted a plastic (vinyl plastic, Micarta) or a metal plate platform slide to the clasp with a knife.
The clasp itself is somewhat reminiscent of a plane: there is a wooden case, two pens, a piece of iron (a knife); and her movements when cutting similar. The most important detail — a nest for fastening of a knife. It is formed by two overlaid metal plates, the edges of which are beveled so as to obtain the groove for vivigani respectively processed on the edges of the knife. For fixing it in the socket, the clasp is recessed in the nut and is missing the bolt, biasing the knife. 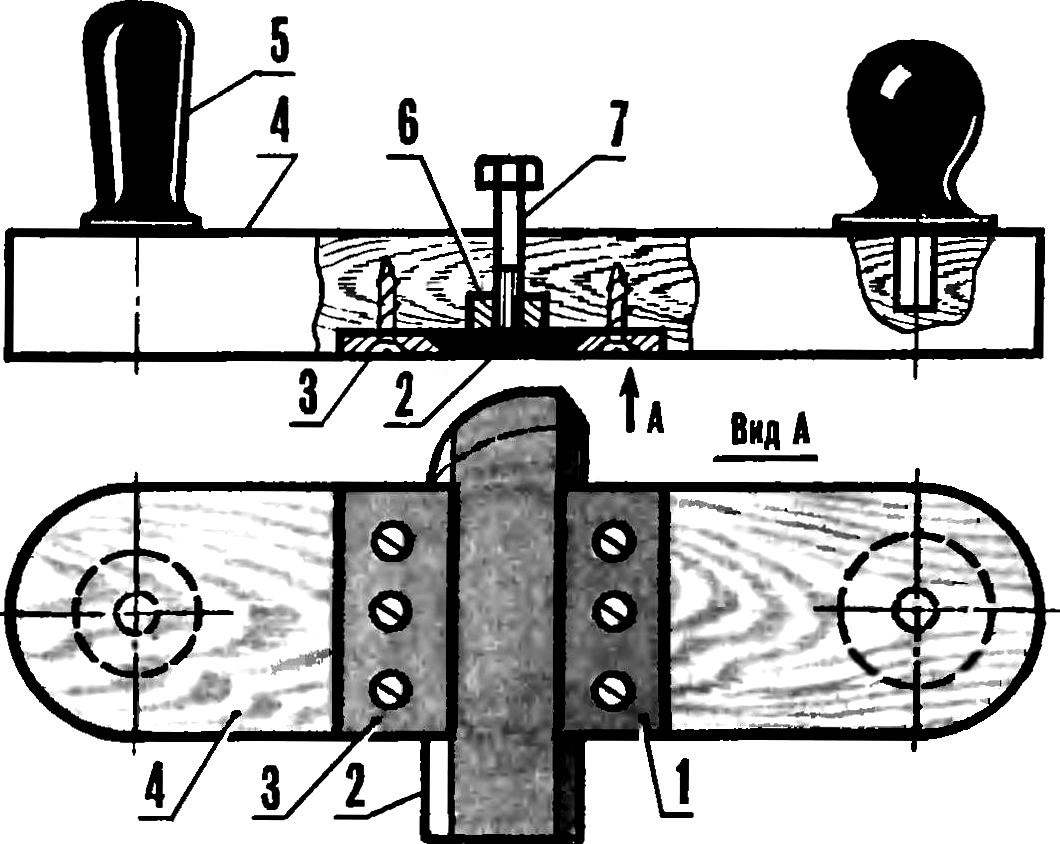 The clasp:
1, 3 — plate socket, 2 — knife, 4 — body, 5 — handle, 6 — nut, 7 — clamping bolt.
Working with the device is extremely simple, although it requires some caution. On the edge of the table are set vise-press holding them block for circumcision (party, subject to pruning, — up). On a Playground slide fit the clasp knife to cut the block. On the opposite side of the block should be planted fanerku or thick cardboard, which “take” on a knife after he cut through the last layer of the block.
Movement when pruning can be almost effortless: knife layer by layer neat and clean cuts of the block.
Mikhail PORTNOV