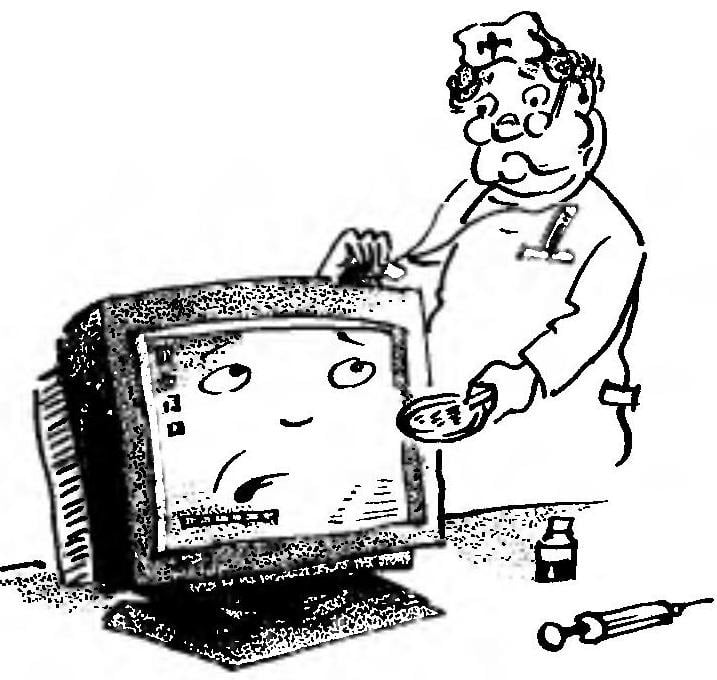 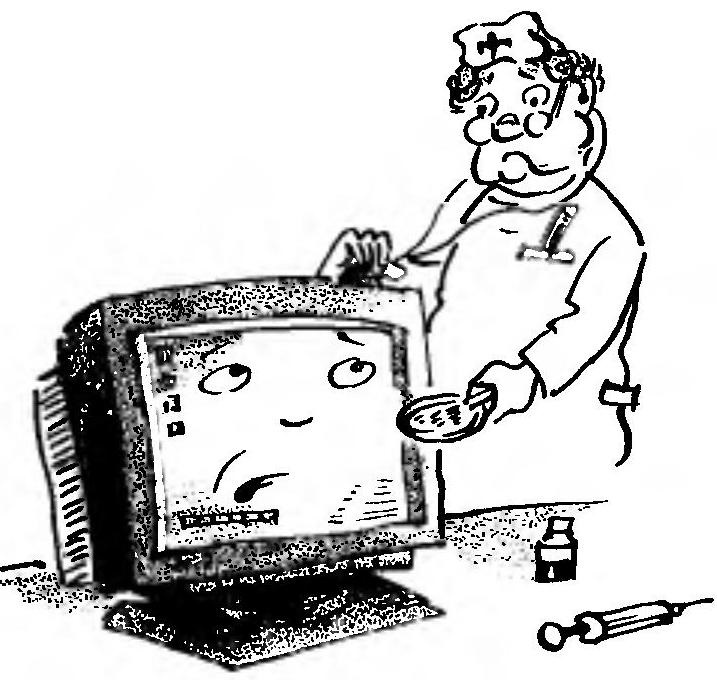 The ancient Roman principle of “divide and conquer” is acceptable when… the diagnosis of PC monitor. Especially when you want to find out: is good program for display or handling his job as “electronics”? To the same conclusion when we consider the interaction of the monitor with the system unit of a PC, even if the sight is not complete, but simplified scheme.

Indeed, from the diagram it follows that the temporary tensile lowercase and personnel sync signals must correct video card cause the monitor enlarges the image vertically. And in order to avoid distortion of images these signals should not be stretched randomly and proportionally. And all because the monitor, having their own timing system, perceives an increase in the duration of the staffing of pulses and is adjusted to the admissible level. Image first step is changed (which should be the normal system synchronization), and then — breaks down.
Largest stretching, which if you want you can always control, is easily determined as resistant to synchronization of the monitor. The stability and value of capture greater than the allowable increase in HR signals.
A failure of synchronization in a modern SVGA monitors disables the image. But it can not damage the electronic circuit. The phenomenon is essentially equivalent to the power on no supply voltage on basic unit and the PC.

*PC of the new generation do not contain graphics cards, and motherboard itself (the so-called integrated MP) a Chip management and delivery of video
A simplified scheme of interaction of the monitor with the system unit PC
In the event of a malfunction of the monitor the image will stretch very bad or a failure. If you still can’t establish a steady “picture” in the apparent distortion on the screen, the most likely place of occurrence of problems should be considered as the synchronizing circuit. Well, since when you start stretching mode in any of the steps is obtained a stable image, then the fault is most likely the video card.
The proposed program allows the user to understand and experiment with stretching the image. Purpose registers 3D4h and 3D5h — setting modes of the video card. A detailed description of all bits and bytes to control the monitor is not given, because it has many manuals for programmers.
Previously it was assumed that, say, in experiments with programming you can accidentally bring the monitor to self destruct. Supposedly, then, on the screen formed a very bright spot that can burn the phosphor (luminous under the influence of electron-grain special compound applied to the inner surface of the screen) and for all bring an expensive appliance.
Doubts about the truthfulness of such claims, I have repeatedly tried to programmatically create a light mode (not vergaray point, and a single highlighted line), however, the scheme monitor will inevitably have intervened and not allowed to do anything to harm her. Even in the old tube TVs on guard “longevity” of the tube there was a special “chain of clearing spots”, and here is a modern monitor. So if you see any suspicious spots should not blame “the software self-destruct sequence”, and the physical aging of the picture tube and the associated shedding of the phosphor.
The program really allows the monitors CGA and EGA to create a “picture” running up or down, as the TVs are old tube models. But in relation to the monitor, there appears another interesting application is the detection of the so-called 25-th frame, acting on the subconscious of people (of course, if this frame is displayed).
Program for “code”, rastriya image on the monitor screen 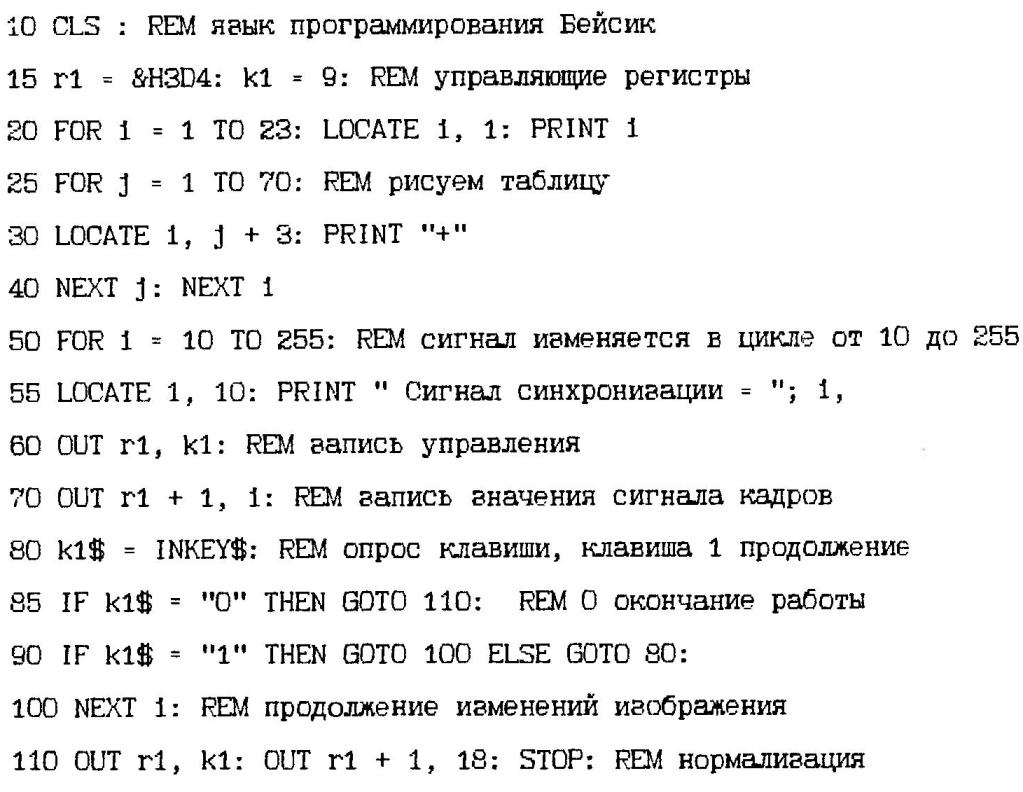 In fact, in accordance with article 10 of the Federal law on advertising from 18.07.95 G. use of 25-th frame is not allowed. However, a number of unscrupulous firms and manufacturers of computer programs as well as tele – and video go in the name of their selfish motives into conflict with the Law.
To detect the in-built “subliminal” frame can be increased flickering, if not look at the screen directly. Much the way our eyes that the peripheral (side) vision is much better react to the contrasting image types, including 25-th frame, dramatically different from other 24, successful for every second zip on the screen.
The second method of detecting the “subconscious” of the frame — to reshoot all to tape with subsequent scrolling of the image at a slow speed. The trick, as they say, is not very convenient, but many are quite affordable and everyone are absolutely clear.
The third method, it is acceptable for computer 25-th frame, is to stretch the image corresponding memory-resident program. In this case, time to watch “subconscious” of the frame is sufficient in order to become more visible to all (including those who were diagnosed and poorly informed) nuances on the screen. However, such programs are difficult to write on the “basic” ordinary user. More productive to refer to specialists or to resort to the two considered methods. And even better — to learn another (more suitable for complex tasks) programming language.
But there is an interim solution. Its essence is in the mode of stretching the image in accordance with the above recommendations.
A. GLUSHCHENKOV, Novosibirsk, Russia