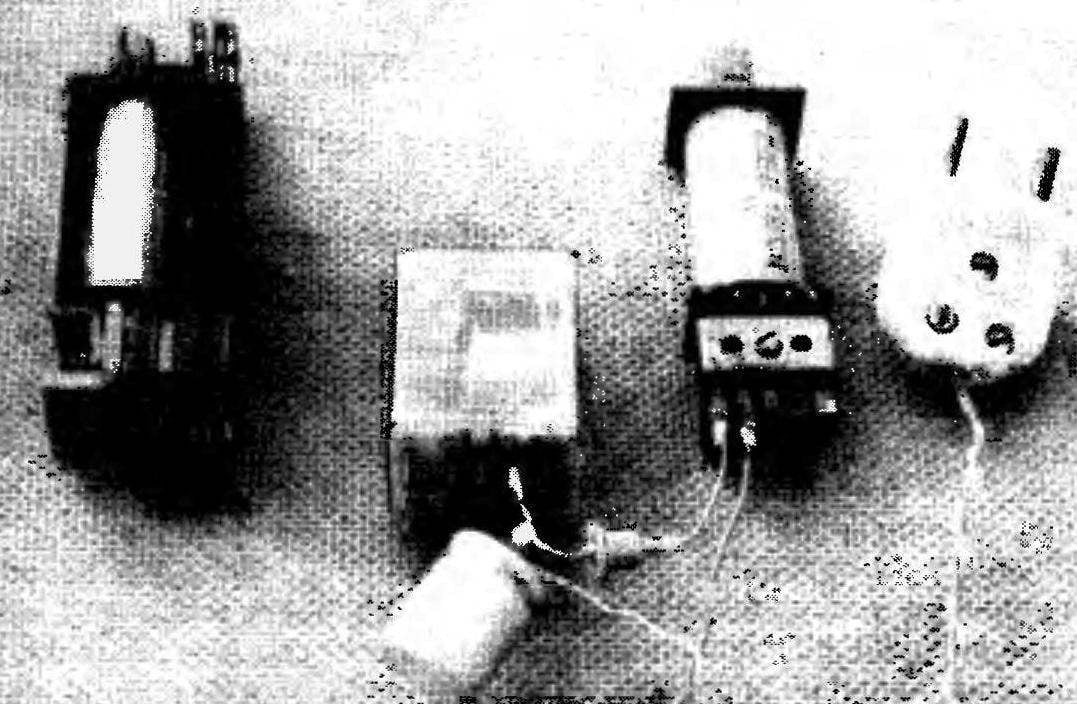 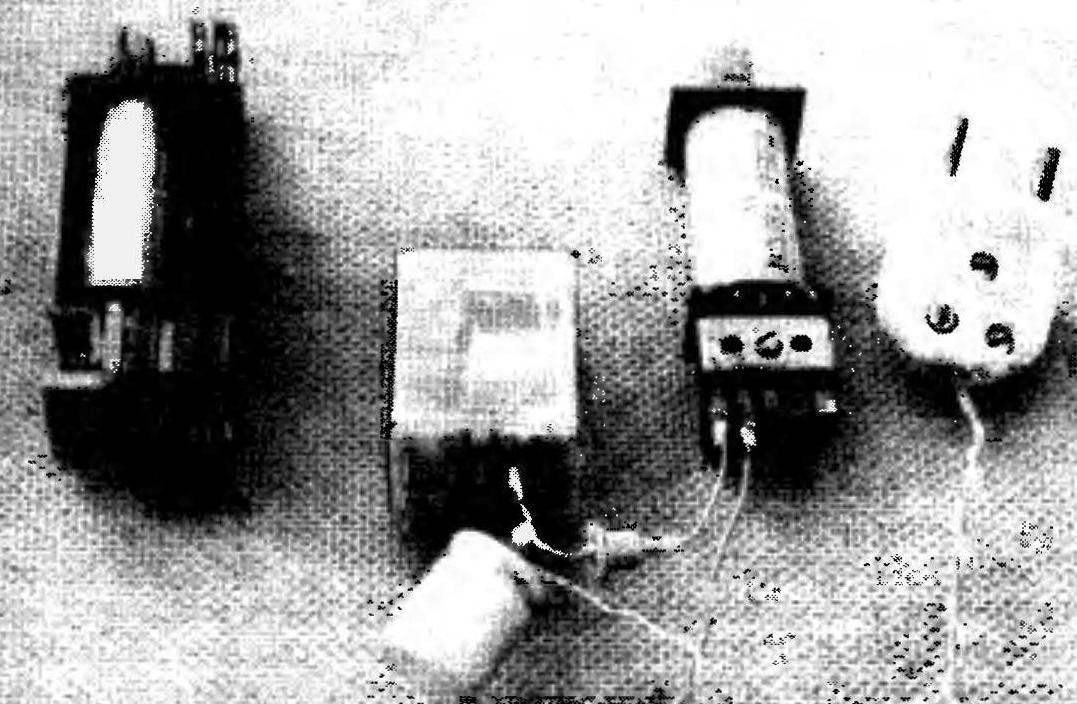 Of course, thyristor power switches in household appliances is very compact and convenient, but… КУ201, КУ202 and familiar to all cheap copies, unfortunately, tend unjustly to fail. Failsafe only thyristors for industrial use (TL), but they are quite expensive and overall. Besides working, for example, an electric heater thyristor (triac-like) inclusion creates in radios and tape recorders unpleasant 100-Hertz background. So sometimes you have to go back to the old, but tried and tested method on a powerful load through the contacts of electromagnetic relays.

Only now existing relay coils 220 are usually relatively cumbersome and typically with exposed contacts. Over time, they appear when you work chatter and buzz, which also limits the scope of application of these devices switching.
But in the economy of many masters is always wonderful for the execution of relay: closed, with good contacts, secure their only drawback is perhaps the fact that the reel is designed for some small DC voltage (photo — center). The most reasonable way to include such a relay in a network of 220 V through step-down transformer with rectifier. But that’s what keeps the ham from the use of such devices.
The inclusion of the low-voltage relay coils in home network using damping resistors does not help — both are heated to an unacceptably dangerous temperatures. Here the use of capacitor dividers — also it is very problematic…
However, there is another way to enable low-voltage coils in a network 220 In through series-connected choke. The latter is to use electromagnetic system “antediluvian” relay type tap changer (pictured to the left: rectangular core, from the old relay telephone exchange ATSK).
By selecting a suitable resistance coil (for example, 5 kω), remove the “relic” contacts, anchor and engage consistently with the prepared instance in the network 220 (and further — to the control scheme): КД105А rectifier diode and a smoothing capacitor with a capacity of 10 UF. If you need to cut “extra-current Supplement”, arising from self-induced EMF when you release the core in the actuating relay, the parallel base coil is necessary to include a counter to power any low-power diodes (see circuit diagram).

Circuit diagram for inclusion in household 220-voltio AC “closed” low-voltage relays K1 and his phone “brother”, out of the box to be used as relays, chokes L1
As practice shows, the use of such technical solutions do not threaten the creation of interference as the voltage drop that occurs in the winding of the actuating relay K1 is very small. For the same reason, the smoothing capacitor C1 does not have to choose from among the 250-volt. Often enough that it was designed for operating voltage, only twice greater than that specified on the label relay coil K1.
If you use switches, inductor L1 (without the anchor) the current flowing through it decreases. Accordingly, reduced (up to complete disappearance) and buzz. However, you must remember that in a radius of at least 0.15 m from such an unusual inductance should not be during work or audio or video tapes or computer diskettes or magnetically sensitive screens of TV sets or displays.
But crosstalk can be significantly reduced by closing the magnetic flux switches, inductor L1 anchor returned to its original place. Moreover, this device can even be used as a low-power transformer, winding the required number of turns to obtain the desired voltage. For example, if a running winding has 8000 turns (written on the label-the passport), proposed upgrades should be at the rate of 36 turns for every 1 V. the Anchor in this case, must be drilled together with the main core, and then hold them together by a threaded connection.
The technical capabilities of the resulting transformer can be estimated by the formula P = SW2, but it is better to use the relation R = (Sf/1,2)2where: Sf — cross sectional area of “hardware” (the core in the coil), cm2, R — calculated power, watts.
Vladimir SILCHENKO, S. Vikulovo, Tyumen oblast