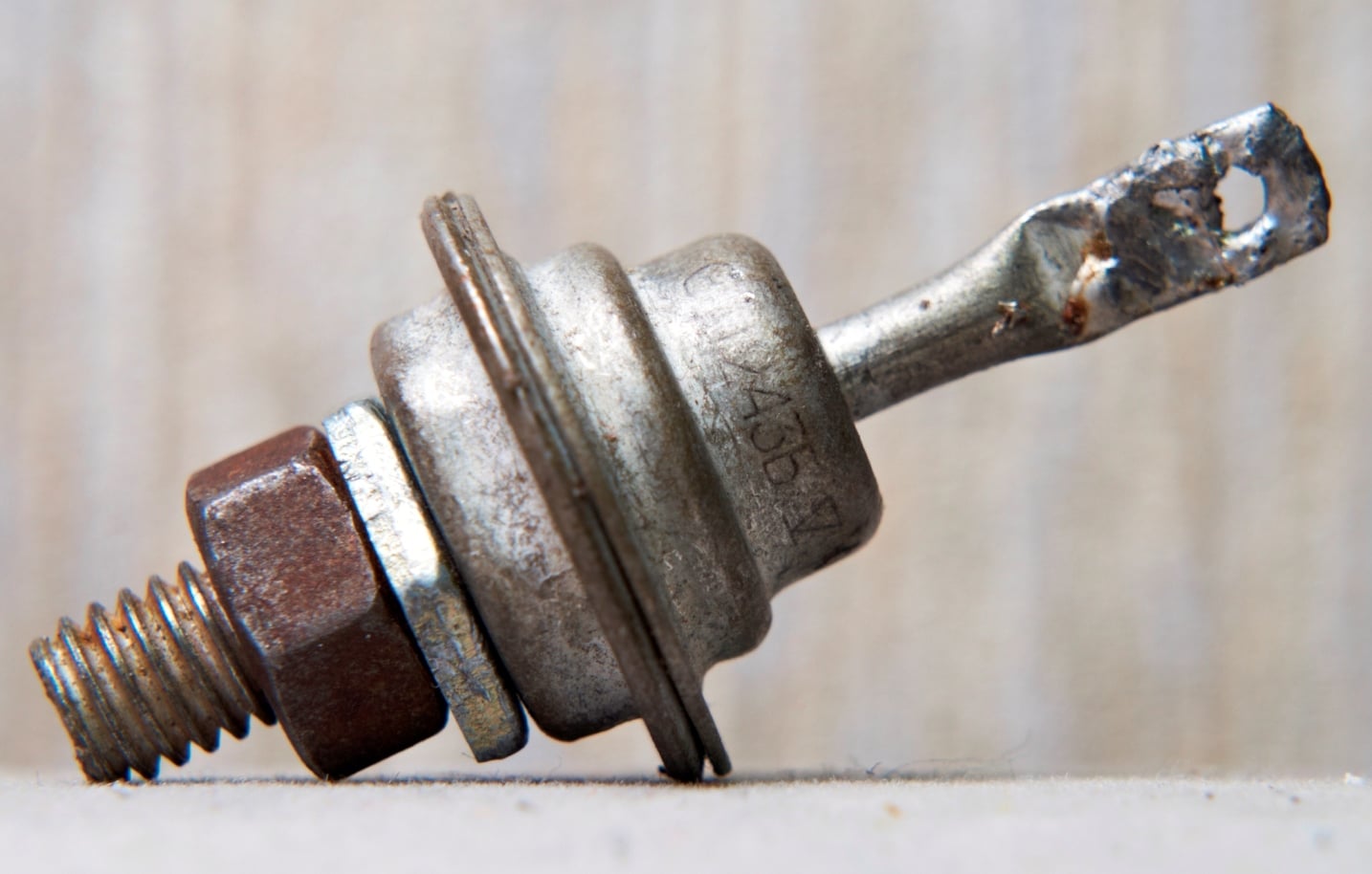 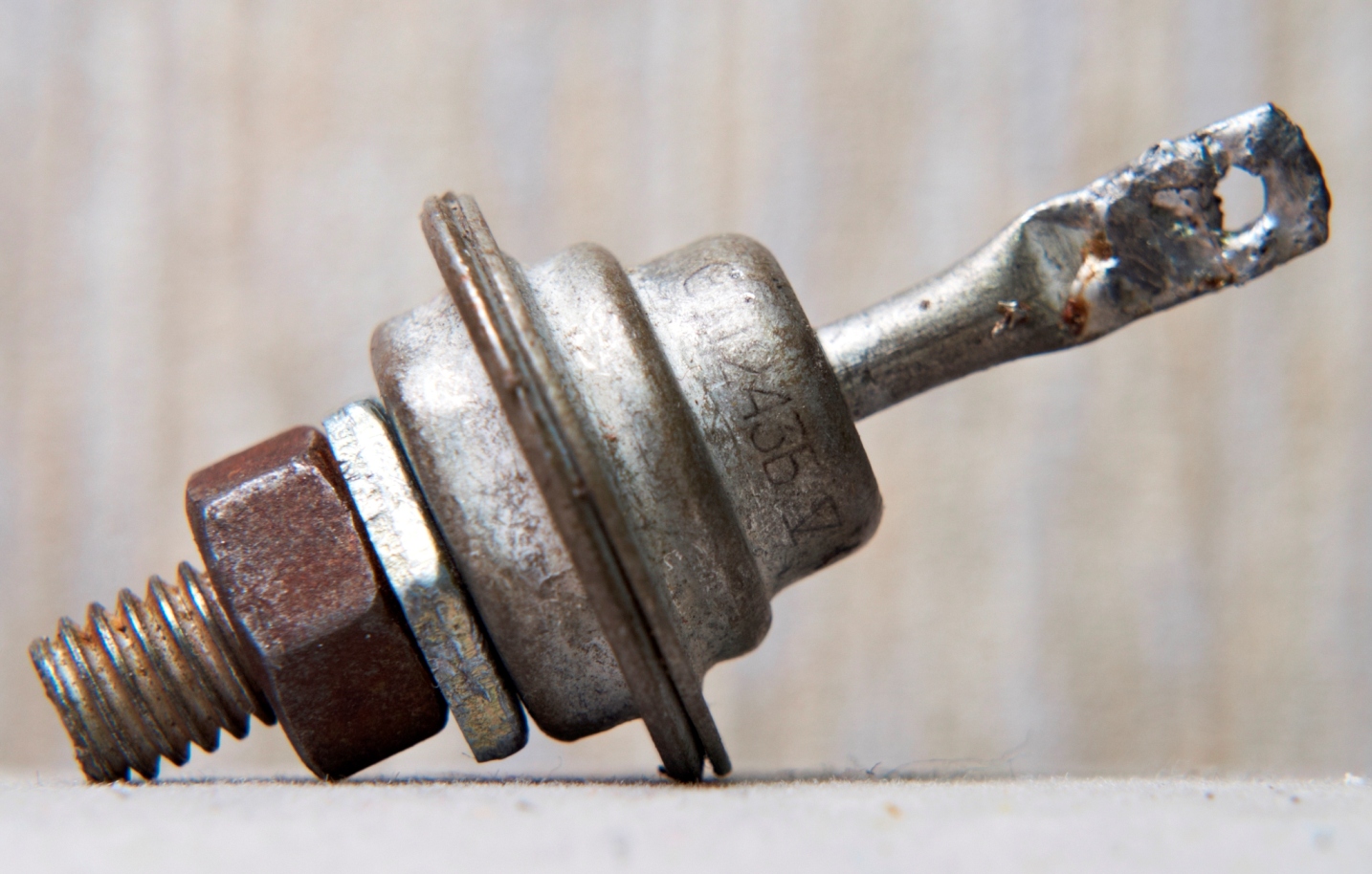 To reduce the ripple in the filter of the rectifier sometimes try to put the capacitor as much as possible capacity. However, this is not always safe for the semiconductor valves.
Indeed, the reactance XC of a capacitor depends on its capacitance and alternating current frequency f and is calculated by the known formula:
Xc = 1/2πfC
This means that when the frequency of the household power 50Hz 4000-µf capacitor at the time of the supply voltage on it will have a resistance equal 0,796 Ohms. And at 100 Hz (the variable component of the full-wave rectifier) is even less: only 0,398 Om!
So if the transformer in the rectifier is quite powerful and is powered directly from the network, then there’s every chance when enabling of disabling a semiconductor valves (at least two diodes). To avoid such undesirable consequences, requires appropriate protection.
To ensure the safety valves in all modes of operation recommend to equip the rectifier is a simple device (see schematic diagram). Of electronic components for the Assembly of this is, besides all of them — of the common, domestic. The transistor chosen for maximum collector voltage that should be 1.5 times the Ewha woman and the thyristor — based maximum allowable current. 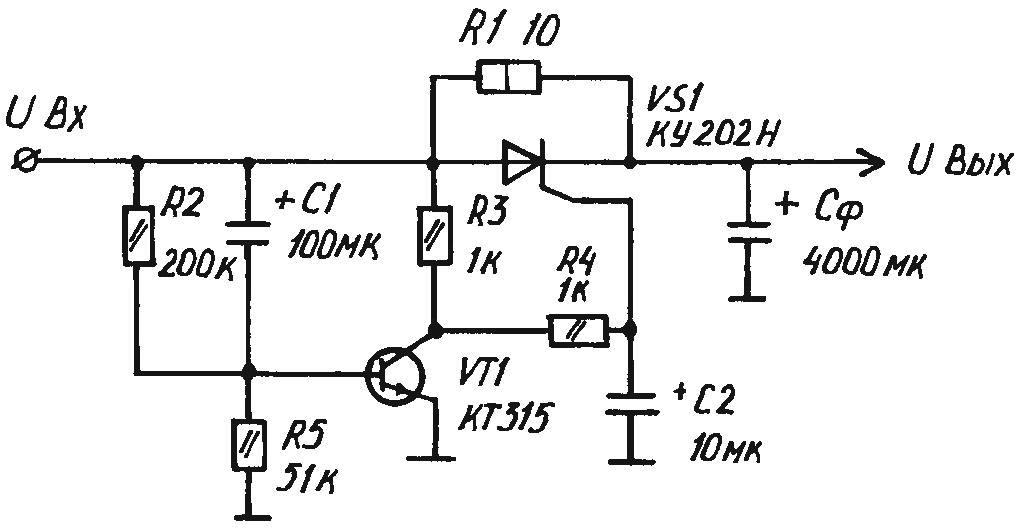 The proposed circuit design protects the semiconductor valves of the rectifier from overload at the initial moment of the charge bolsaescola capacitors
The operation of the device proceeds so that at the time of inclusion via the discharged capacity C1 VT1 transistor opens and shunts the control electrode of the thyristor VS1. However, after some time the above-mentioned capacitor is charged. The transistor closes. Then will come into effect delay capacitor C2 in the circuit of the charge which the resistors R3 and R4. The thyristor opens and finally miss on the capacity of the filter SF, full voltage.
What about during this process, the filter capacitors is charged via the bypass resistor R1. But bring them and the resistance is 10 Ohms, there is a lot more reactive HS, which are usually mnogoobraznye of SF at the time of inclusion in the usual way. In the result, the semiconductor valves are protected.