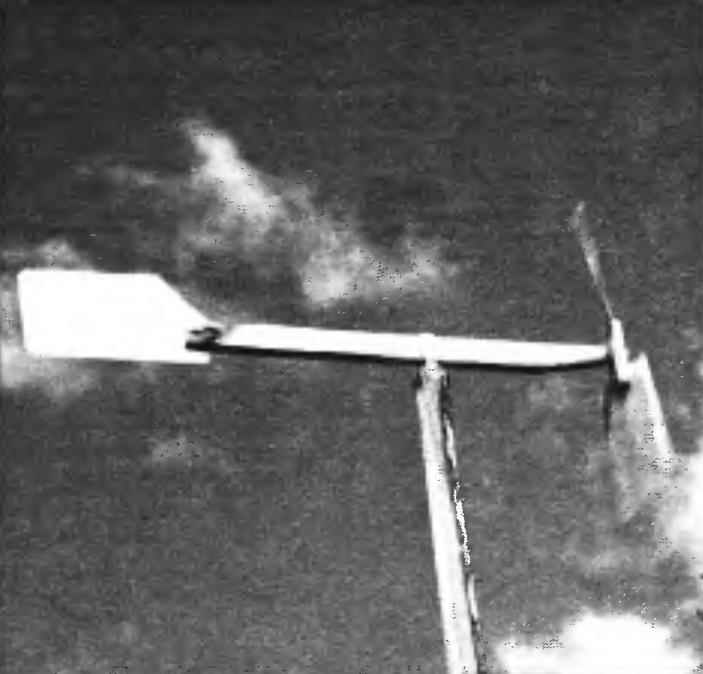 Vetryachok — product is easy and can say ancient. But being a toy dynamic, it could bring a significant revival in the serene landscape of a suburban area or a vegetable garden, especially in the period of their development, when not grown more tall trees and shrubs, attracting the attention of not only children but also adults.
But besides the fun of vetryachok, mounted on the parcel of land will provide practical services. Thus, the rotation of the screw and turns the weather vane deter uninvited feathered guests during maturation on the trees of fruits and berries. In addition, the vibration of the vetryachka via a pole stuck in the ground, is transmitted into the ground and strikes fear in the shrew-moles, if they suddenly wind up on your site. And again. Vetryachok will help you to determine the direction of the wind, and about his power.

To make vetryachok by even a novice handyman. The materials for him are almost in every home. And need basically just trimming wooden picket Yes duralumin sheet, a few nails and old nylon cover. If the pole is not long sticks, you can do a composite in different ways.

The main element wetrack — cap. She is a beam with a keel and a propeller consisting of two dural identical blades, connected together by sleeve — a short piece of wood. The bar ends are made diagonal cuts in them where you insert the blade and are fixed here with small nails through pre-drilled holes. Another through hole with a diameter slightly larger than the nail, the axis is drilled in the middle of the sleeve. The finished screw is centered (if it is not being used personally against moles). 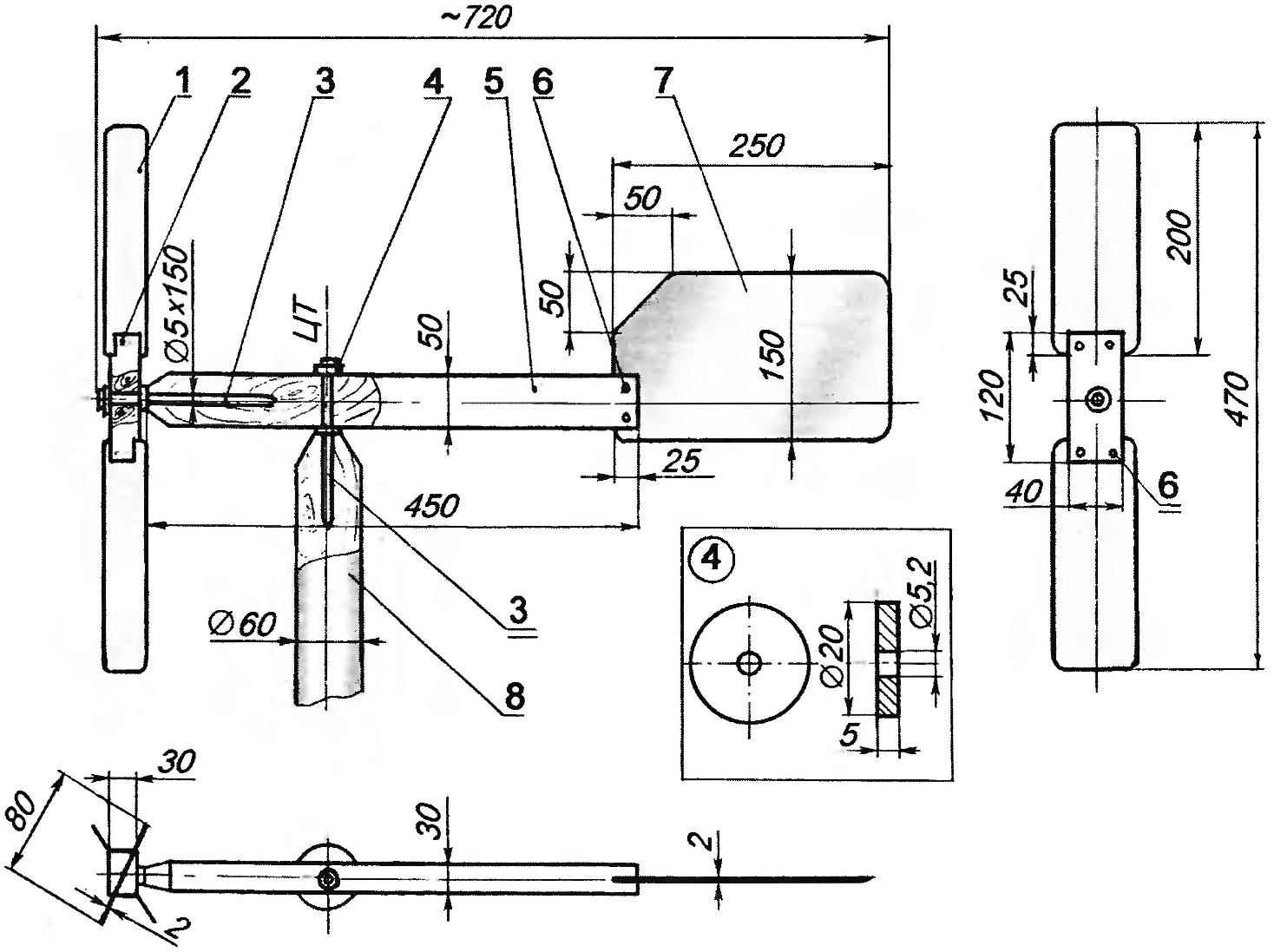 8—pole (a wooden rod Ø60 or the corresponding block).

Beam is made from pruning of the bar of the same cross section as the sleeve, only longer. At one end of the bar is also drunk, but middle — he then inserted the keel of duralumin plate and mounted a pair of studs. At the other end of the drilled Central hole with a diameter slightly smaller than the nail that will serve as the axis of the screw.

After that, going the cap — screw is placed on the axis of the nail, and inserted into the end hole in the fuselage. In order during rotation of the propeller hub is not in contact directly with the nail head and the end of the fuselage, on both sides of set of nylon washer.

Then find a cap center of gravity (CG). For this it is the fuselage set on the edge of a ruler or other thin plate and trim the knot. At the center of gravity of the drill hole under the axis of the nail (slightly larger diameter), and at the end of the pole, the other with a diameter slightly less than the axis.

Before installing the cowls on a pole on both sides of the fuselage enclose the nylon washers are greased with petroleum jelly.

And the last one. To vetryachok produced an even greater effect, it would be good propeller blades and the keel before installing them in place to Polish. Make it very easy — the metal is soft. Then their movement will “splash” and reflected sunlight.