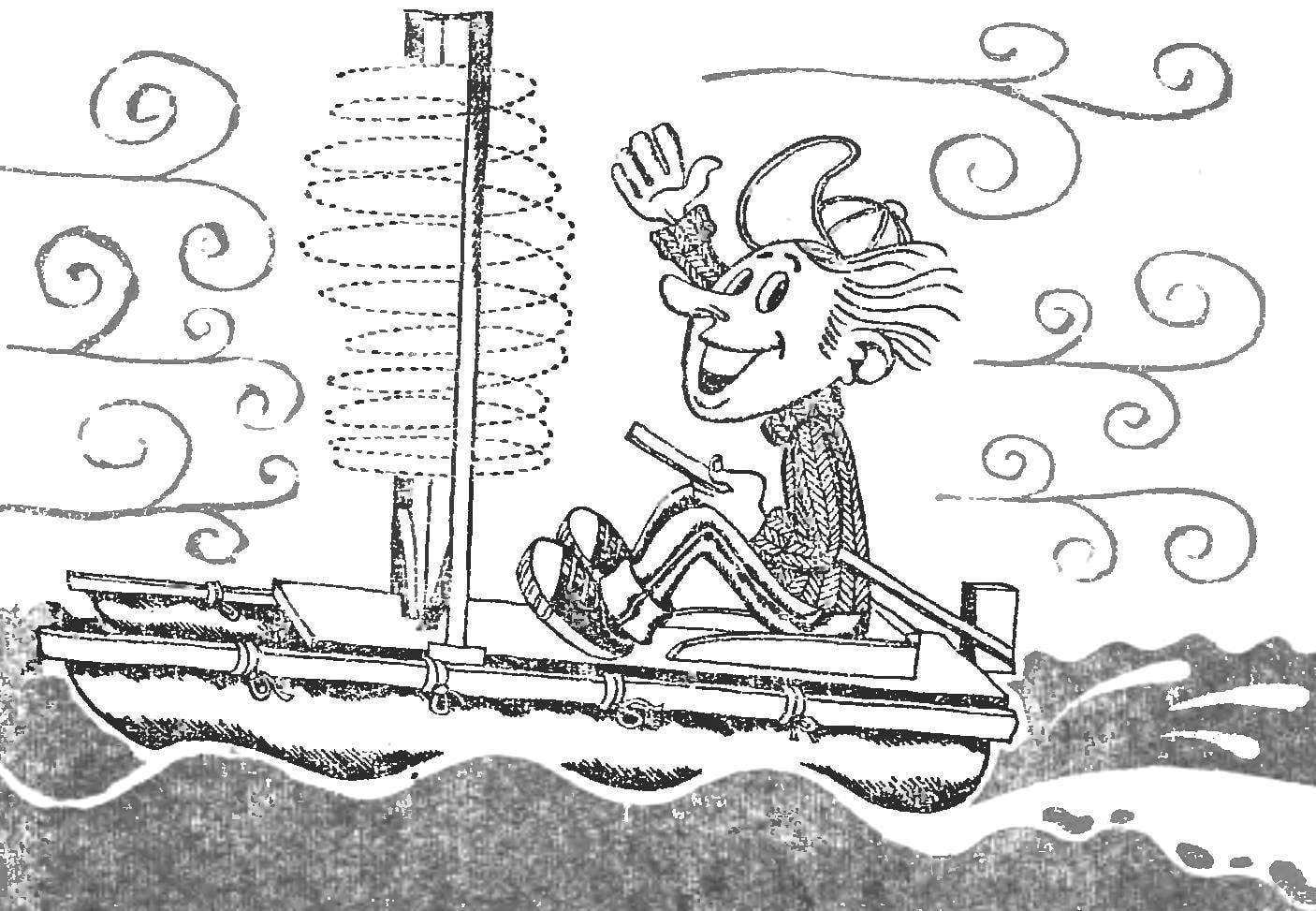 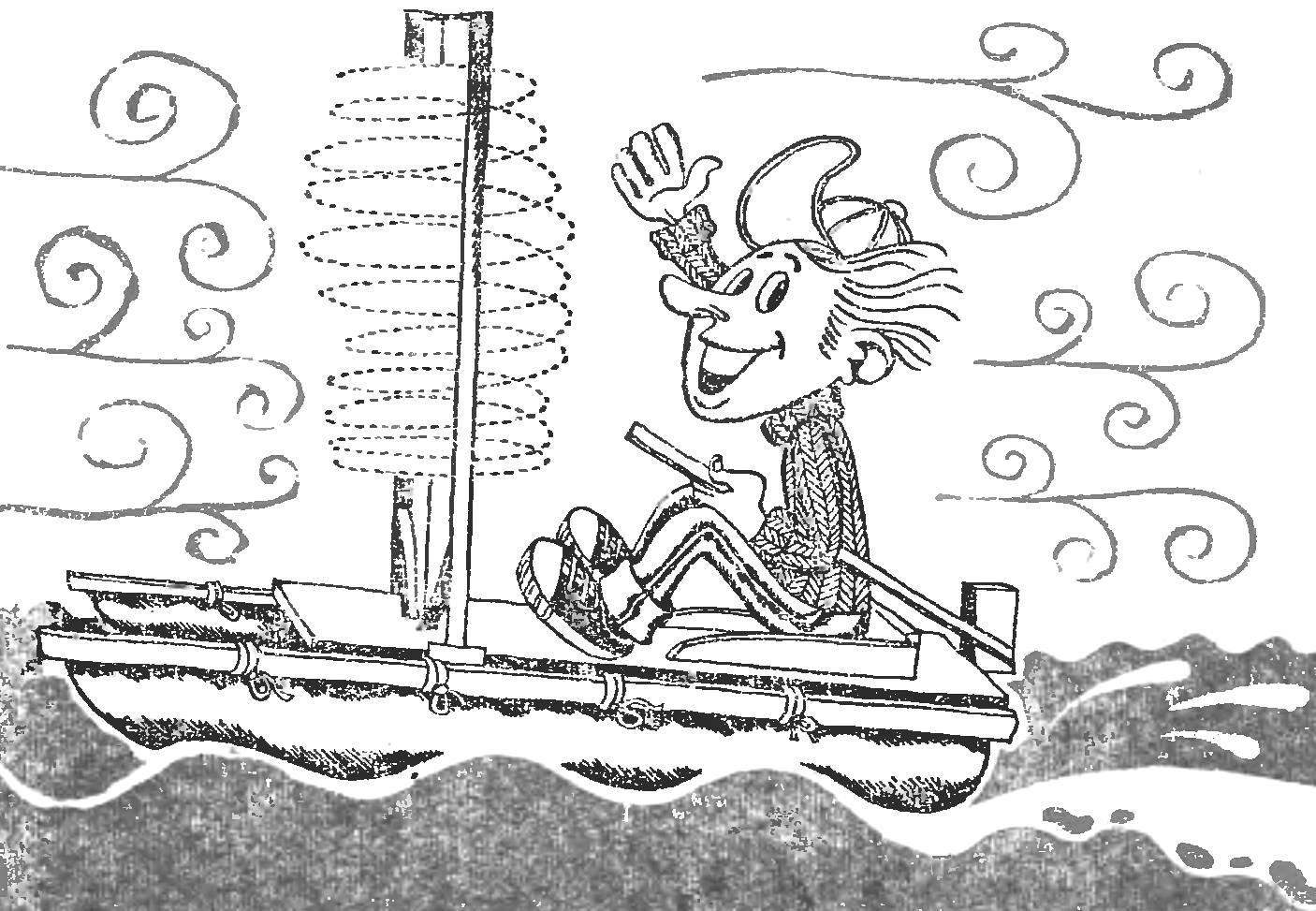 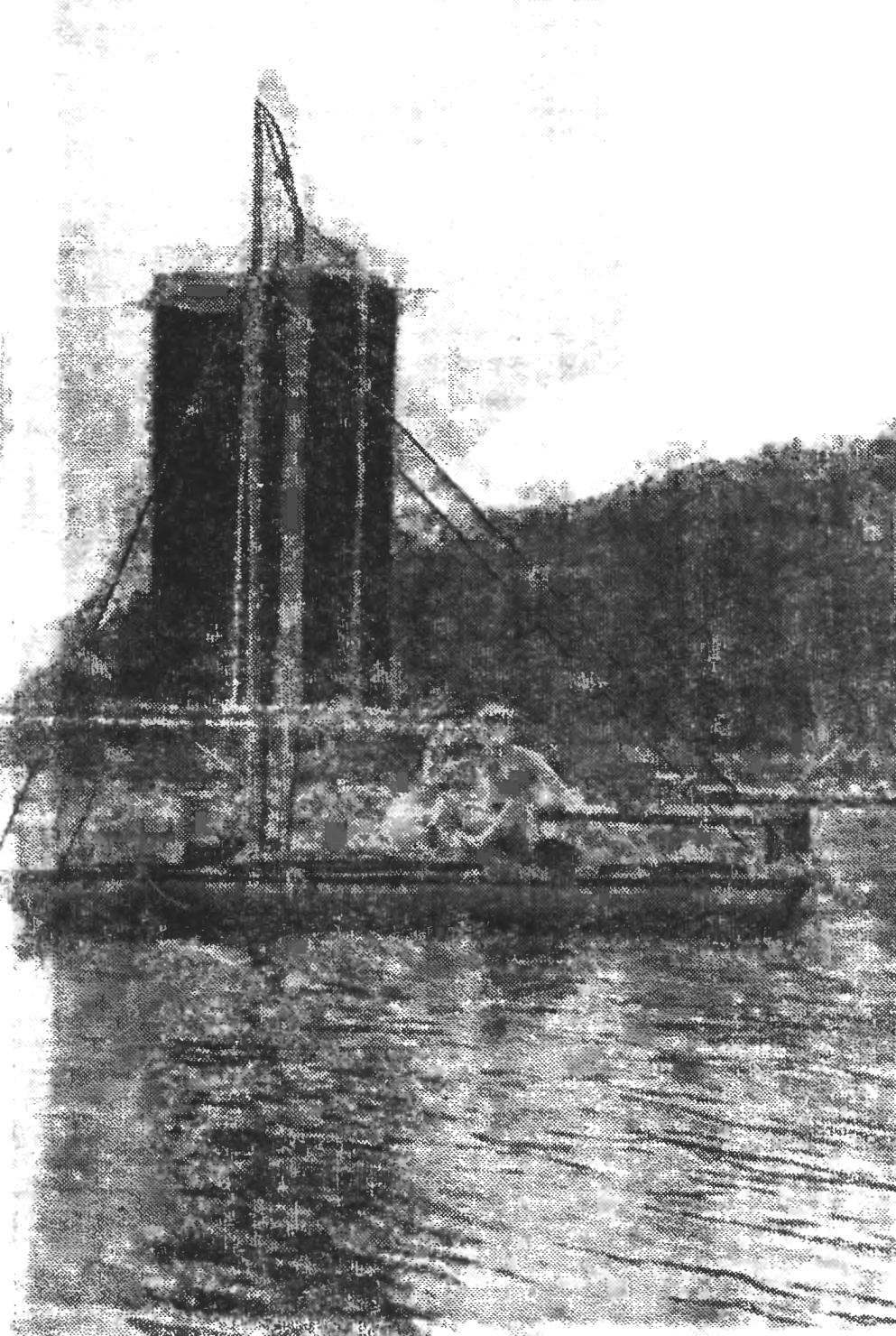 I want to tell readers about the catamaran, the movement is carried out with the help of Magnus effect. The Magnus effect is that when an airflow of the rotating body formed a force perpendicular to the direction of flow. As the cylinder rotates, for example, close to its walls the layers of air begin to move in a circle, making one side of the rotating body increases the speed around a cylinder flow, and on the other side a decrease. As a result, the surface of the cylinder are formed by areas of increased and reduced pressure, which leads to the formation of forces, which can be used for ships. It is this force that changes the direction of flight of the “cut” balls in tennis and football.
In order to reduce the flow of air from areas of high to area of low pressure at the ends of the cylinder are mounted the discs are of larger diameter.
The experiments showed that the maximum Magnus effect is manifested in the case when the linear velocity of the rotating surface of the cylinder is approximately four times more wind speed. Thus the rotor thrust is obtained ten times the thrust of the sails of equal area.
In the twenties such a rotor was equipped with two heavy vessel. Oki have made even transatlantic flights to in the future is not built, largely because of the cumbersome solid metal rotors, which could cause the vessel capsizing in strong winds.
…Somehow, resting ka Krasnoyarsk reservoir, I, with the help of friends, N. Bloodless and B. Brin, built a catamaran with a folding soft rotor. We had only three weeks, so I had to make a less efficient savonius rotor, which does not require the engine.
The savonius rotor consists of two semi-cylindrical surfaces, shifted relative to each other for the length of the radius.
Under the action of the wind rotor rotates, and its linear velocity does not exceed 1.7 wind speed. The Magnus effect on the savonius rotor is manifested in 2 — 3 times weaker than the rotating force of the rotors.
The rotor (see Fig.) consists of two frames — disks and half-cylinders made out of rods Ø 10 mm Bars constituting the frame of the half-cylinders, are connected by panels of thick fabric. The ends of the frame both discs are drawn together with rope. Formed at the top and bottom hexagons are covered with canvas. The axis of the rotor also serves as a rope that allows you to fold the sail.
In each of the panels is sewn with two fabric bands, which are ignored rubber medical bandage with a width of 6 cm and a length of 80 cm; the ends are tied to the bars. The panels are attached to the frame stiffness is made of steel rod Ø 4 mm.
Flexible axle and rope, providing the tension of the rotor, attached to the mounting brackets connected to the supporting bearings. We used conventional ball bearings; they are quite justified — the rotor is rotated by the slightest breath of wind. 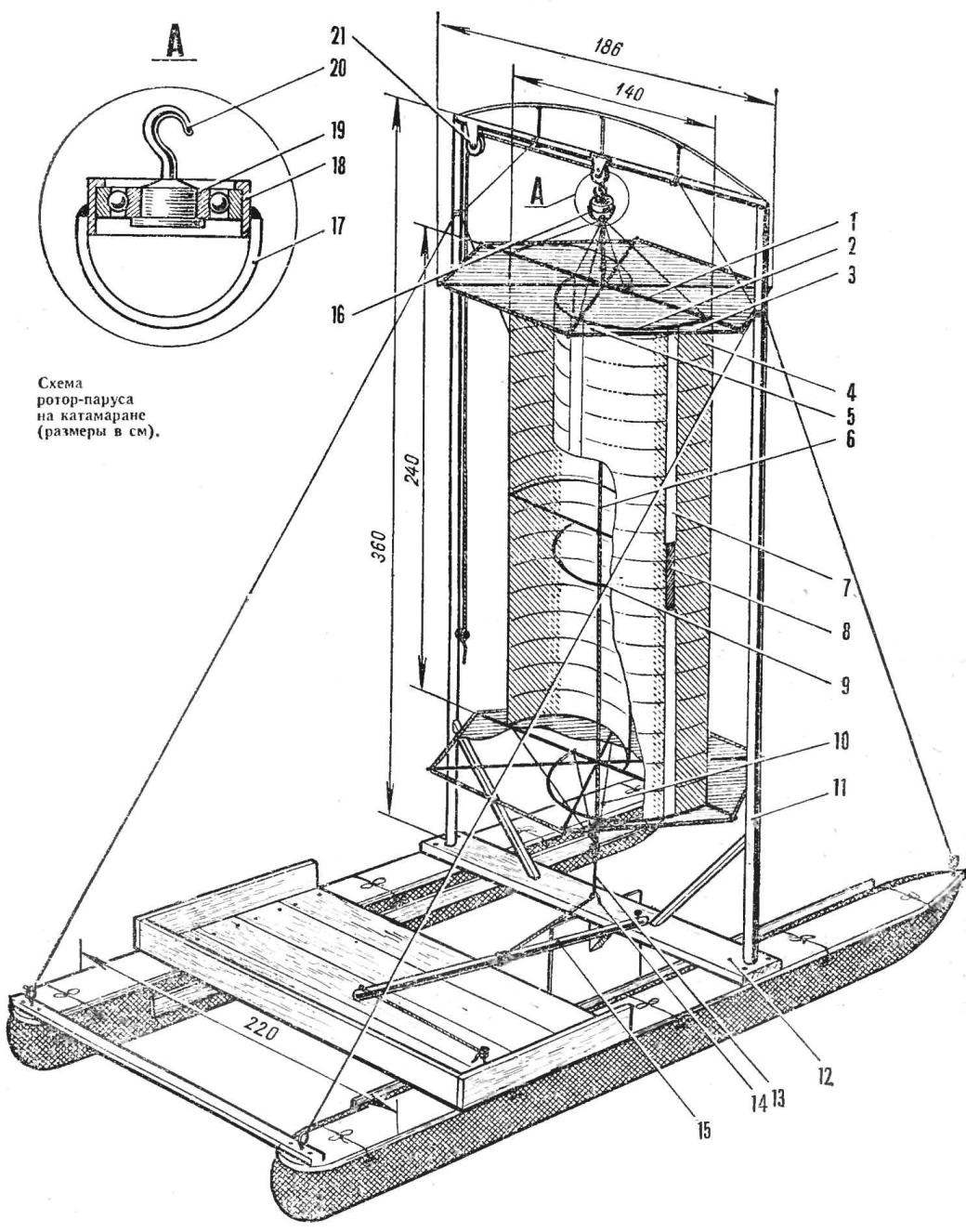 Rotor-sail:
1, 2 — top Polyaris, 3 frame of the disc rotor, 4 — rotor cloth, 5 — cloth disc, 6 — rope rotor axis, 7 — tissue strips, 8 — upholstered frame (medical elastic bandage), 9 — hard polyarchy, 10 — rope stretch, 11 — U-shape mast-support, 12 — crossbeam of the catamaran, 13, the lower tension wire, 14 — bracket I-beam, 15 — arm stretch rope, 16 — suspension of the rotor, 17 — clip suspension, 18 — bearing, 19 — bearing 20 — hook suspension, 21 — block. The wheel is conventionally not shown.
Floats of a catamaran represent canvas covers. Each is a three cylinder of rubberized fabric (can be used and camera goals). We tied the floats to the frame, nailed together from driftwood (its a lot of ka the banks of the Krasnoyarsk reservoir]. The construction of the catamaran hull detail does not fit, as in the anthology “Boats and yachts” not just talked about inflatable catamarans are a better design than ours.
The rotor is mounted in the following way. First, he strapped a rubber bandage, with a rope passed through the blocks of the U-shaped support rises to the top. Then stretched manually and the rope passed through the ring, fastened to the beam of the catamaran. The last 15 — 20 cm of the rope you have to pull the lever.
Experienced catamaran for 10 days with very light winds. We thought the wind was strong if the thread length of 30 cm was off by 30-40°.
With this wind, the catamaran was drifting and couldn’t walk at an angle sharper 100-110° relative to the wind. For a change of tack was necessary to turn the rotor, that it took us 5-6 minutes.
Measurements of speed did not, but next summer the same catamaran went with the usual sail of 6 m2 about the same as with the rotor, but with a sail he maneuvered better.
We do not recommend our catamaran as a sample of an exact copy, as the number of nodes of the structure have been unsuccessful. For example, the edge of the end discs should have done from the bars or from plastic tubes. Our experience shows only about the possibility of building fans of the ship with a very original and, in our opinion, a promising way of creating thrust.
Readers interested in rotary vessels will surely be able to build a more successful design. It seems to us the most interesting building of the catamaran with a folding cylinder, which would rotate light internal combustion engine. The cylinder can be made in the form of an inflatable balloon, or have a stretchable design, as we made rotor.
Tested by lovers of design may find application in the national economy.
In our view, established with the help of cargo booms, inflatable, stretchable or rotors with electric motors can be used as auxiliary engines and cargo ships.
V. HABARIN