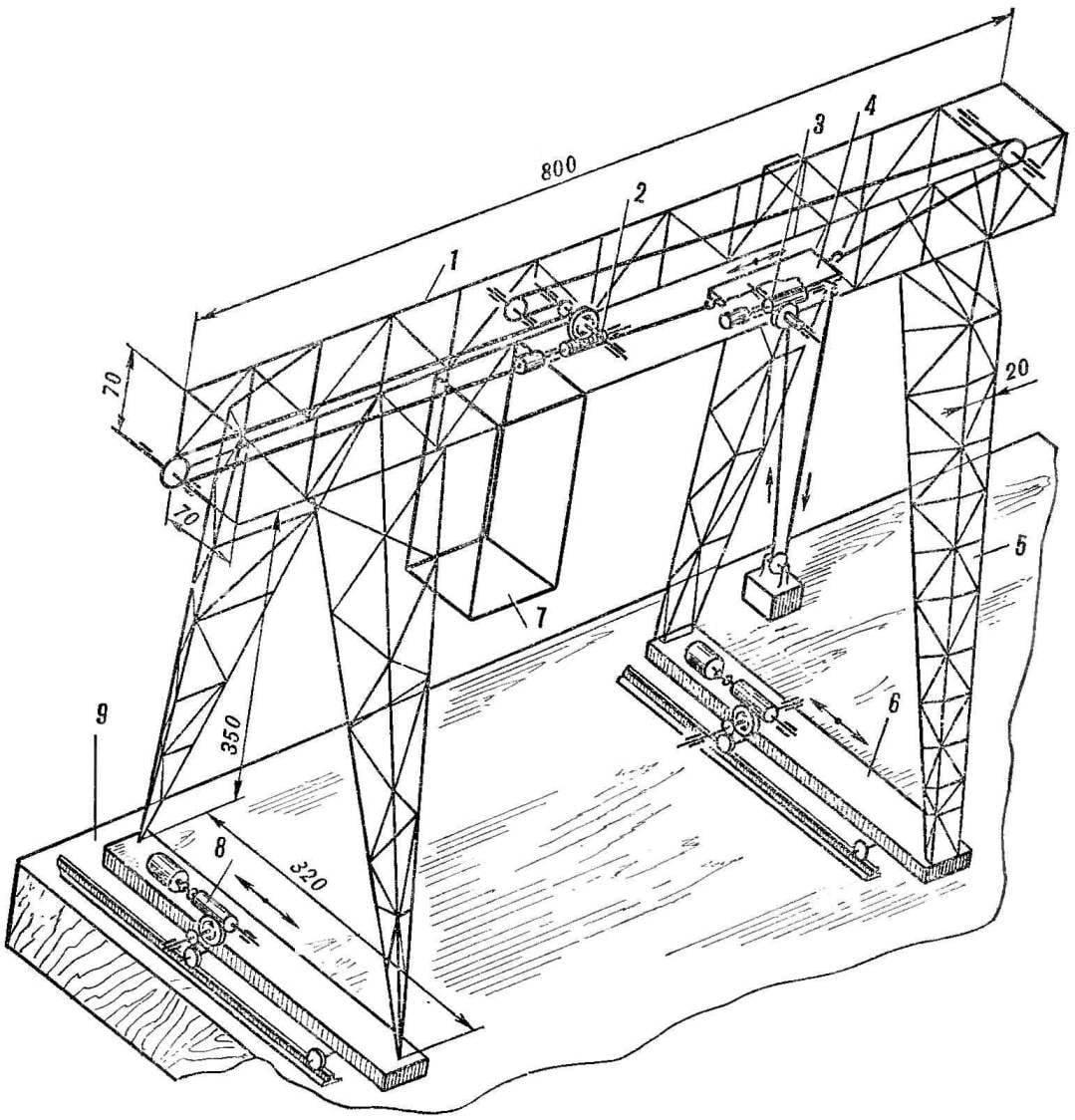 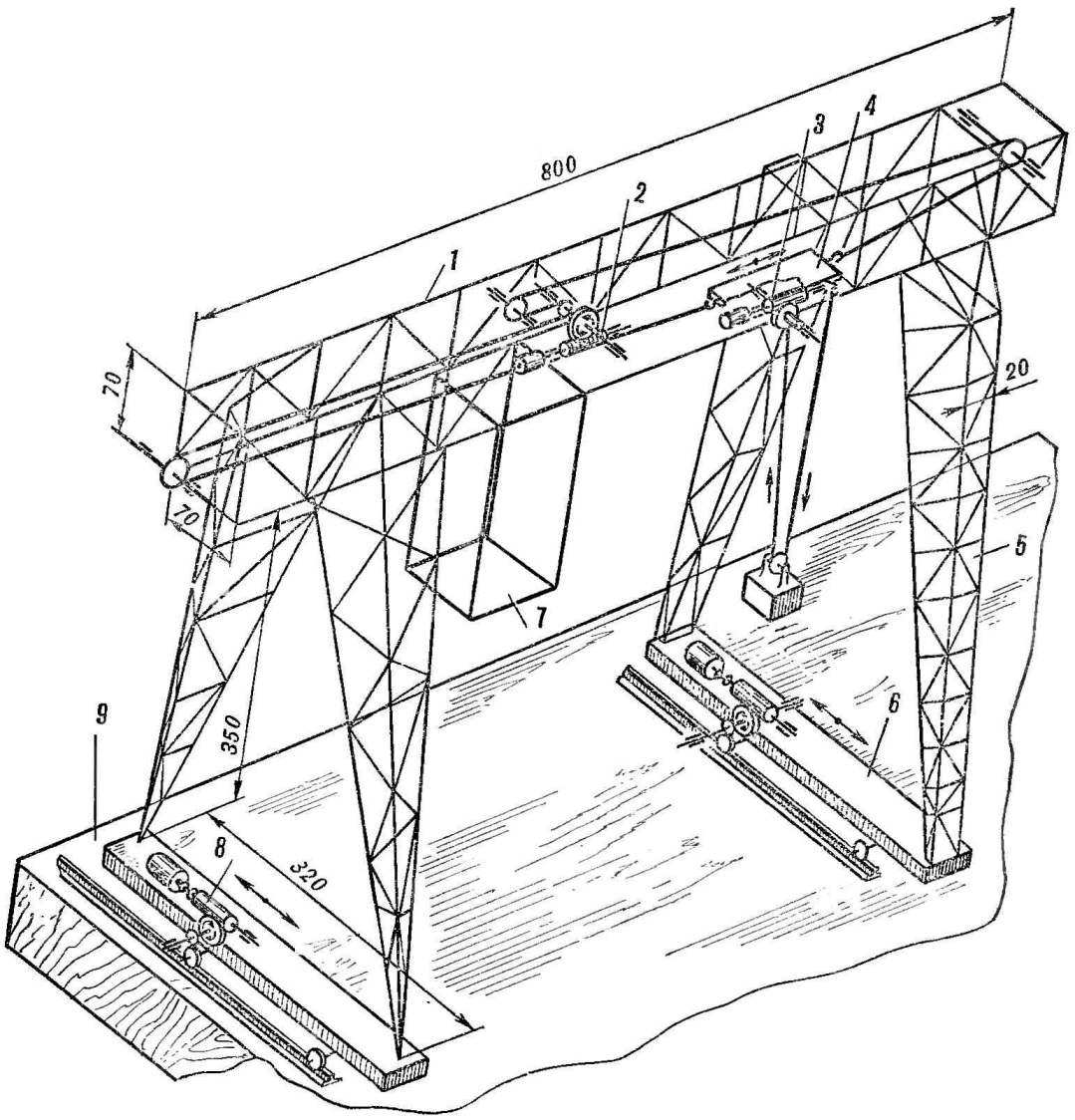 It is made by a group of engineering students laboratory in the Sverdlovsk House of pioneers named after Yuri Gagarin. Appearance of the crane shown in figure 1. On the frame beam crane includes a traveling mechanism hoist (Fig. 2). Rope (cotton fabric) covers two rollers. The drive roller while rotating according to the movement of the hoist carriage, which moves freely through the corners like on rails.
The hoist is connected to the carriage by means of two studs. One end of the rope tied to a hook and the other to the axle. On a rope suspended magnet, which depending on the direction of the rotation axis is raised or lowered.
The mechanism of movement of the crane is used for displacement on rails. The frame supports mounted worm gearboxes, slowly rotating the wheels by operation of motors. The base of the gear has two bolt holes for connecting the reducer to the frame. Support — from the tin corners of the 5X5 and 2. 5X2. 5 mm.
For supports, you must first make a template out of wood. On the frames established dispute reduction mechanism of movement of the crane. Frame of steel with a thickness of 1 mm to the side walls of which are soldered corners. The thus obtained box has dimensions 400X25X60 mm.
The base model is a wooden box with rails inside which are the wire and the mounted electric circuit. 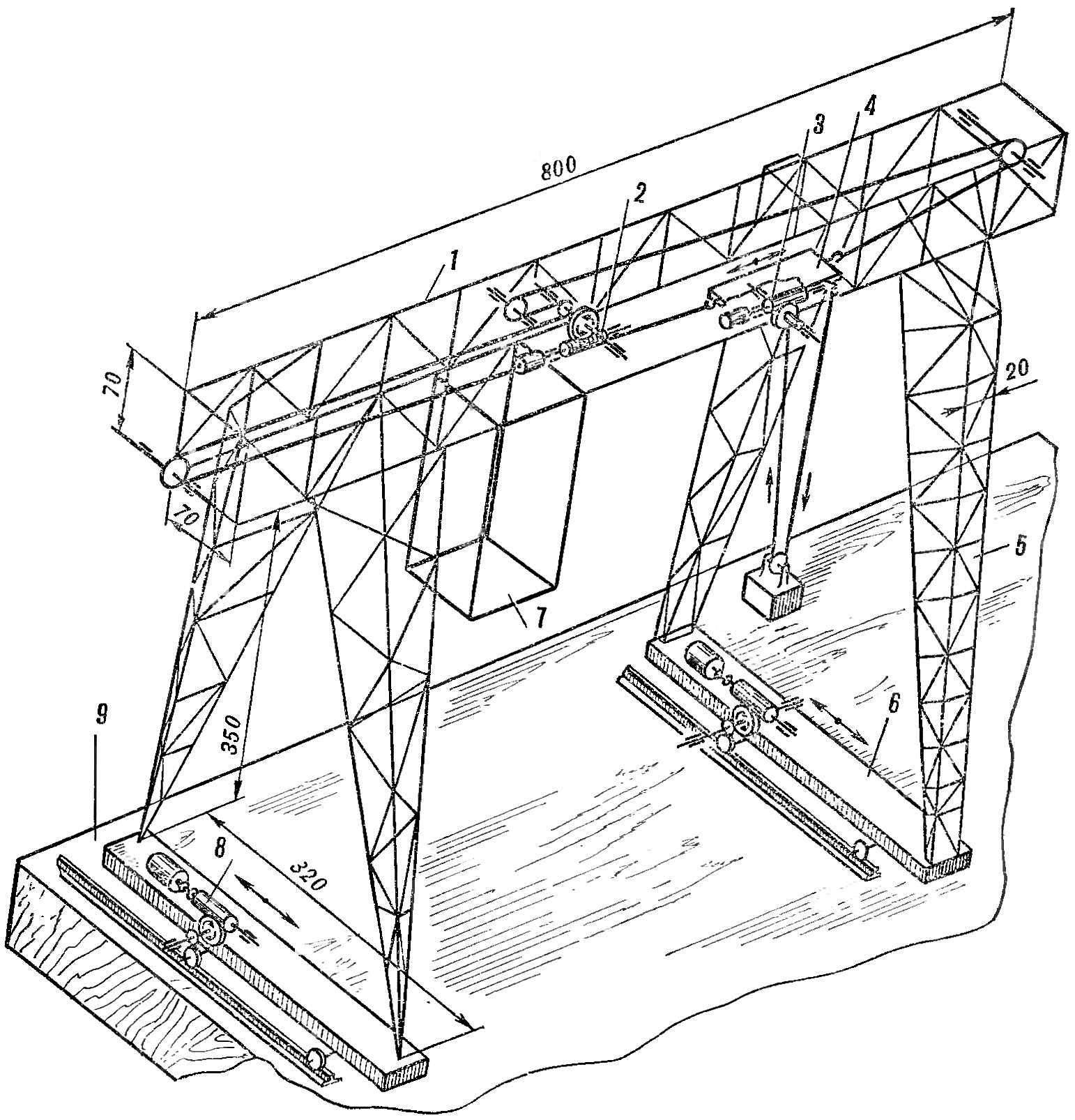 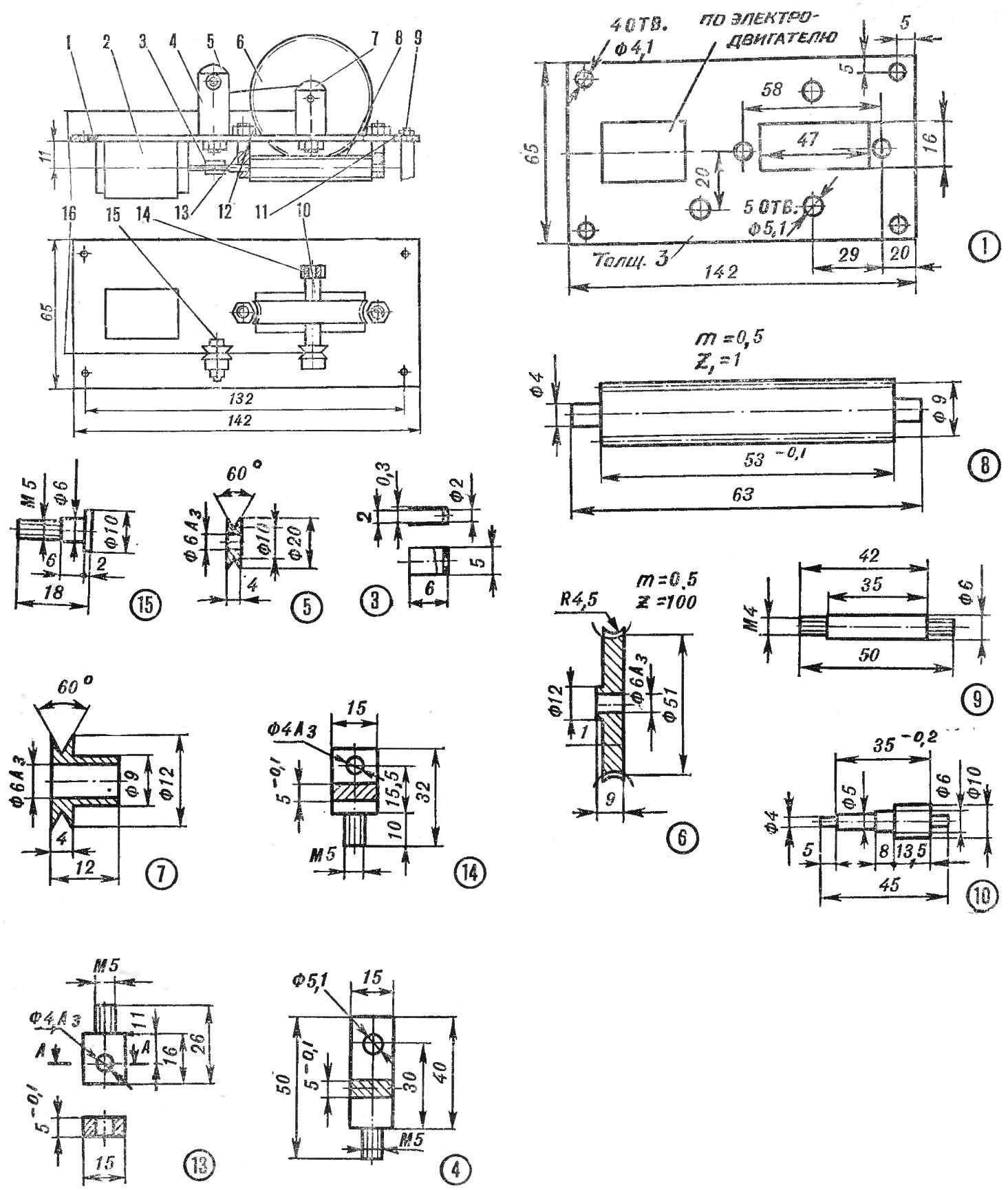 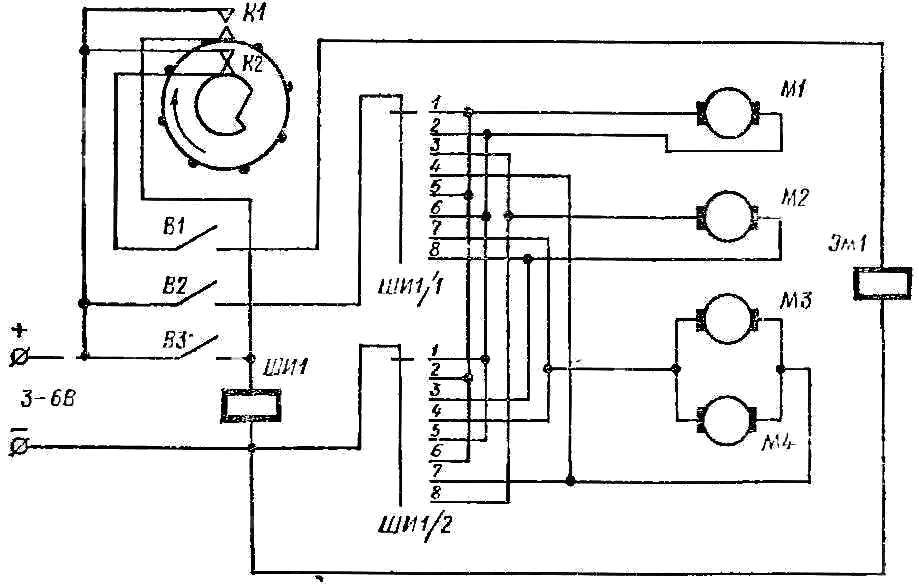 Fig. 3. The scheme of control valve.
The model of the crane moves the metal items from one place to another. Control it with the remote control or automatically using the software of the device. The work cycle consists of 8 operations: descent of the electromagnet and turned it on, load hoisting, the hoist on the crane beam from one extreme position to the other, move the crane along the rails, the descent of the load and turning off the electromagnet, lifting electromagnet, reverse the crane on the rails, retraction of the hoist to its original position.
The inclusion of microelectrophoresis for the implementation of an operation is made by switching of circuits with stepping, installed in the crane cabin. The electrical circuit in figure 3.
The automatic control commands to the stepper seeker comes with a software device consisting of two drums. On one there is a ledge with guys no contacts K1, on the other — cut a pair of normally closed contacts of K2. When you turn off the switches B1 — B3 drums installed in its original position so that the contact pair K1 were between the ledges 1 and 8 of the first drum and the contact pair K2 adhere to a surface of the second drum. The drums are driven via a worm gear associated with microelectrophoresis. The speed of rotation 3/4 rotation per minute. When the drum rotates, the tabs on it alternately close the contact K1 and the current pulses trigger the stepping. When the sixth ledge of the drum closes a contact K1, K2 at the same time the contact enters the recess in the cylindrical surface of the second drum and opens the supply circuit of the electromagnet.
A. KOPYLOV, V. KOPYLOV, Sverdlovsk