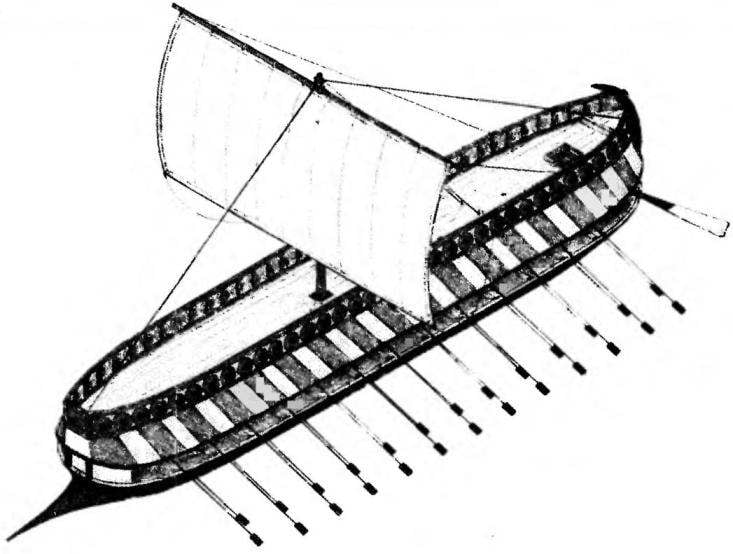 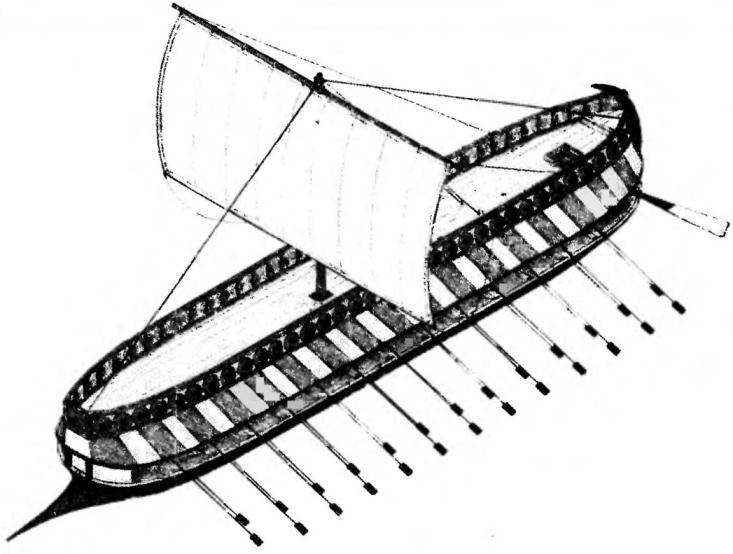 It is no accident XII-IX century BC historians call the “dark ages”. During this period, the tribes inhabiting the Northern and Eastern coast of the Mediterranean sea, meeting face-to-face, marked the beginning of numerous clashes peoples. Ancient States were dissolved in the mass of the conquerors, and the free lands of the new colony. Art, and knowledge fell into decay, was perfected as a weapon. In the center of these events was Phoenicia, a city which has turned into a different camp. But not only the fear carried with them the conquerors, has never had the Phoenicians faced with a variety of designs and decoration of ships that washed up on their shores. This was the impetus for the development of shipbuilding. In the main shipyard in the Middle East actively adopt foreign experience, adapted it to new conditions.

In these troubled times most popular in the fleets were long warships, fitted with rams for the Cretan type. In an effort to make them bigger, ship master increased the length of the vessels, but in this case almost all the space inside the ship occupied the main “engine” of the time — rowers, whose number on the ships of this type were, apparently, about 50 people. Accordingly, it is not possible to increase the number of soldiers in the boarding team. In addition, the long ships compared to the short, was less maneuverable and less durable.

In the same period, warships began to grow in height and they had towers for the gunners, with the result that the crews of the enemy suffered heavy losses among their rowers.

Truly revolutionary invention that made it possible to resolve all these contradictions, has become the equipment of the ships second deck or canopy above the rowers. This increased width and increased significantly the stability of ships, which allowed them to be equipped with a mast with a sail, and numerous boarding team and steering could be located on the upper deck.

Such ships have equipped their fleets, such as the Achaeans and the Etruscans. Solving the problem of protecting the crew, the shipbuilders were faced with another problem: larger and heavier ships lost in speed, since the provision of accommodation is the main driving force of the rowers was exhausted.

One of the first out of this situation found the Phoenicians, who extended the handle of the oars and increased the distance between the banks thus have the opportunity to place another line of rowers at the side. For the convenience of their work had to endure oarlocks on a special balcony. The visor of leather or rods on a wooden frame protected second line of rowers from arrows and spears. 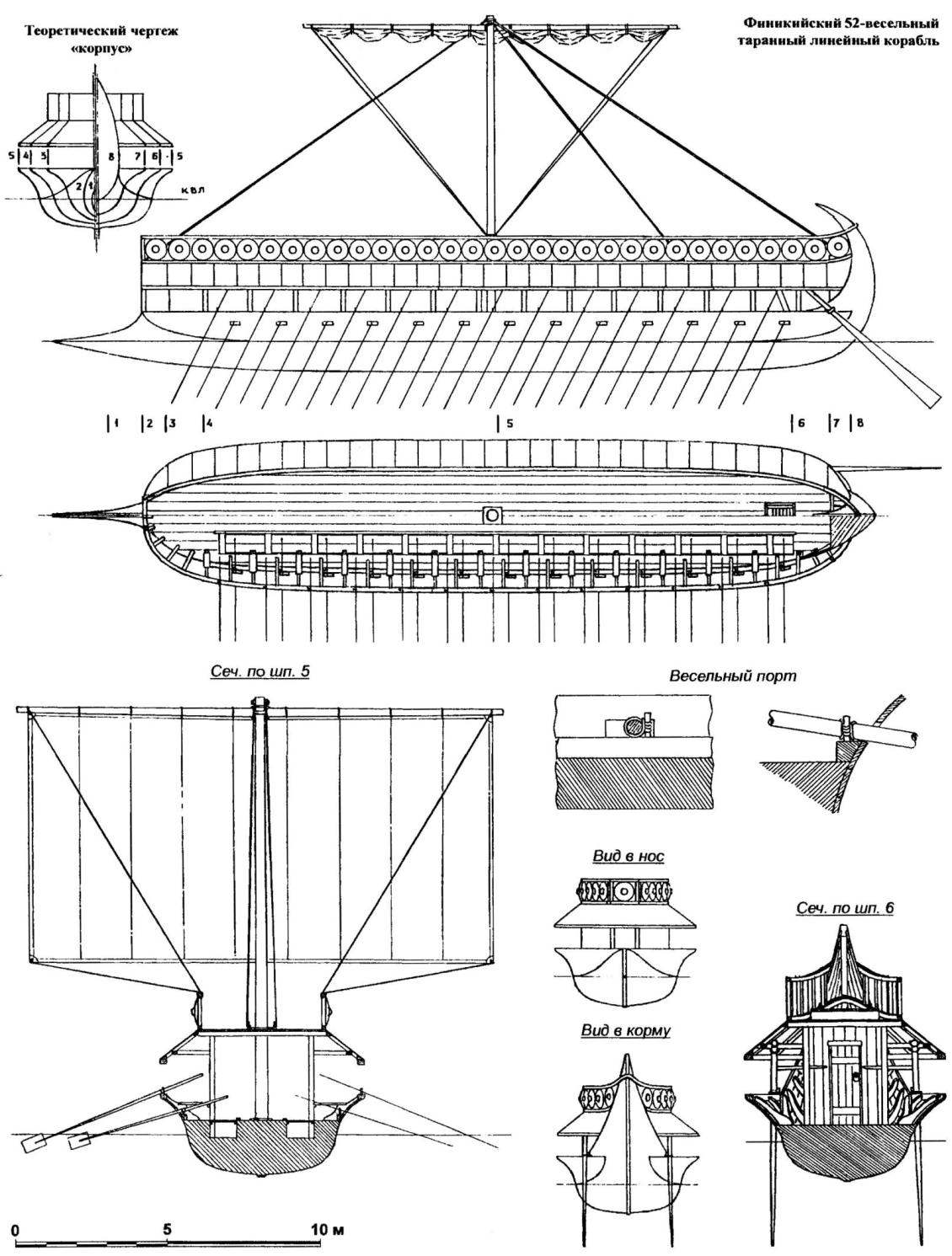 The Phoenician 52-oared ramming ship of the line

Upper deck the Phoenicians was surrounded by a railing, on which hung a wooden shield. Depending on the customer’s wish, the ship’s hull could give a small longitudinal deflection and to provide a flat or round in cross-section of the RAM, which for durability were trimmed with bronze leaves. Such ships could be transported on the upper deck of the cargo or passengers in relative comfort. As for the captain was in the stern seat and comfortable tent. The lower deck was given for the rowers, to the person asking the rhythm of rowing, two or three overseers and two of the tail feathers; behind them was a small cabin or storage for vehicular use.

The hull was most likely painted in dark color, the visor is painted red and white squares, paddles and steering paddles were black, railing, red, sails, depending on the circumstances and opportunities were white, purple or black.

Phoenicia long maintain its independence. In the beginning of “the era of the great empires” ships coming down from her shipyard and sailed under the Assyrian and Babylonian standards, entering the fleets of the great powers as ships of the line, and later augmented with a third row of oars, made up the main forces of the mighty Persian fleet.