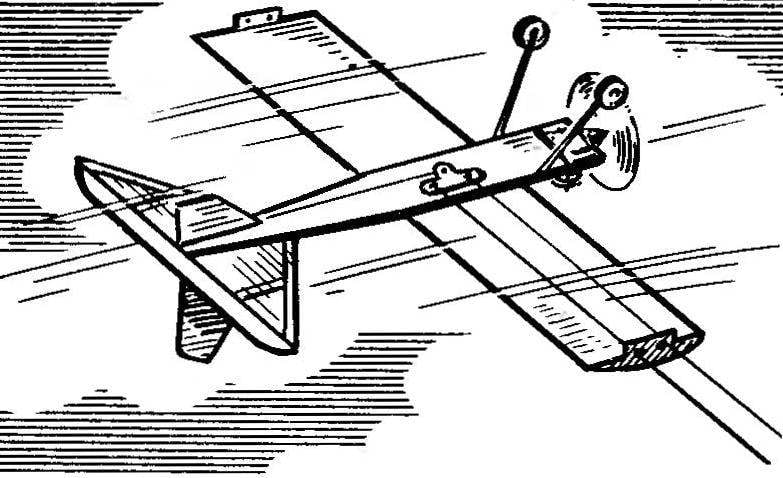 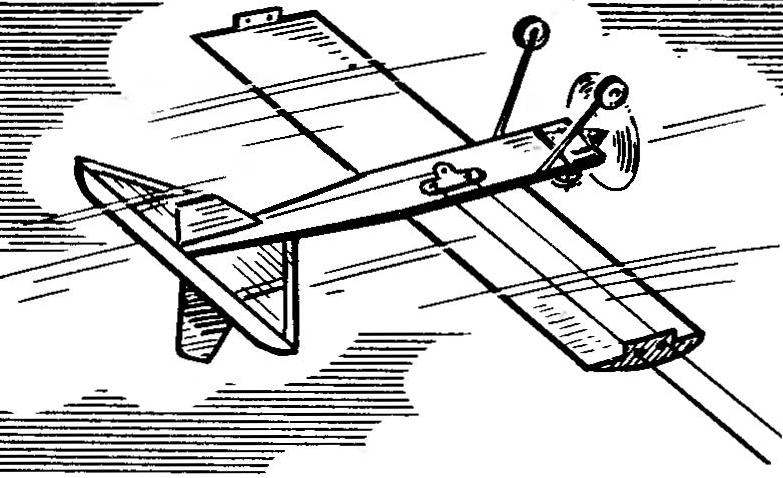 To train novice of group members control cord model aircraft is a difficult task. And in inverted flight, or as it is called, in flight “on the back”— all very complicated. It affects several factors. The first training back to flying starts on polyproteins car, inevitably bound to be very sensitive. Second, the need from normal mode (already a little spent!) almost instantly switch on the back. Perhaps that is why in many circles at this stage and the “wood” mangled a lot, and spent plenty of nerves.
Today offers a completely different, simplified method of teaching the reverse maneuvers. In our circle we are finalizing a famous educational model of the plane “Oktyabrenok”, usually used only in the early stages. End rib of the wing do the same — with brackets-guide for cords. Also put a removable load that can be transferred at both the left and right ending. And produce second additional fuel tank, which is mirroring the primary.
After several successful normal flights, when a beginner will be more or less confident to manage the micro-airplane in the takeoff, landing and “the hills”, we would “turn” model, moving the bar and the cargo on the other side and replacing the fuel tank. After that, the model is able to take off in the opposite direction — clockwise. It remains to take the stick, like inverted flight (the handle up and wheel down and Vice versa), and start exercising. 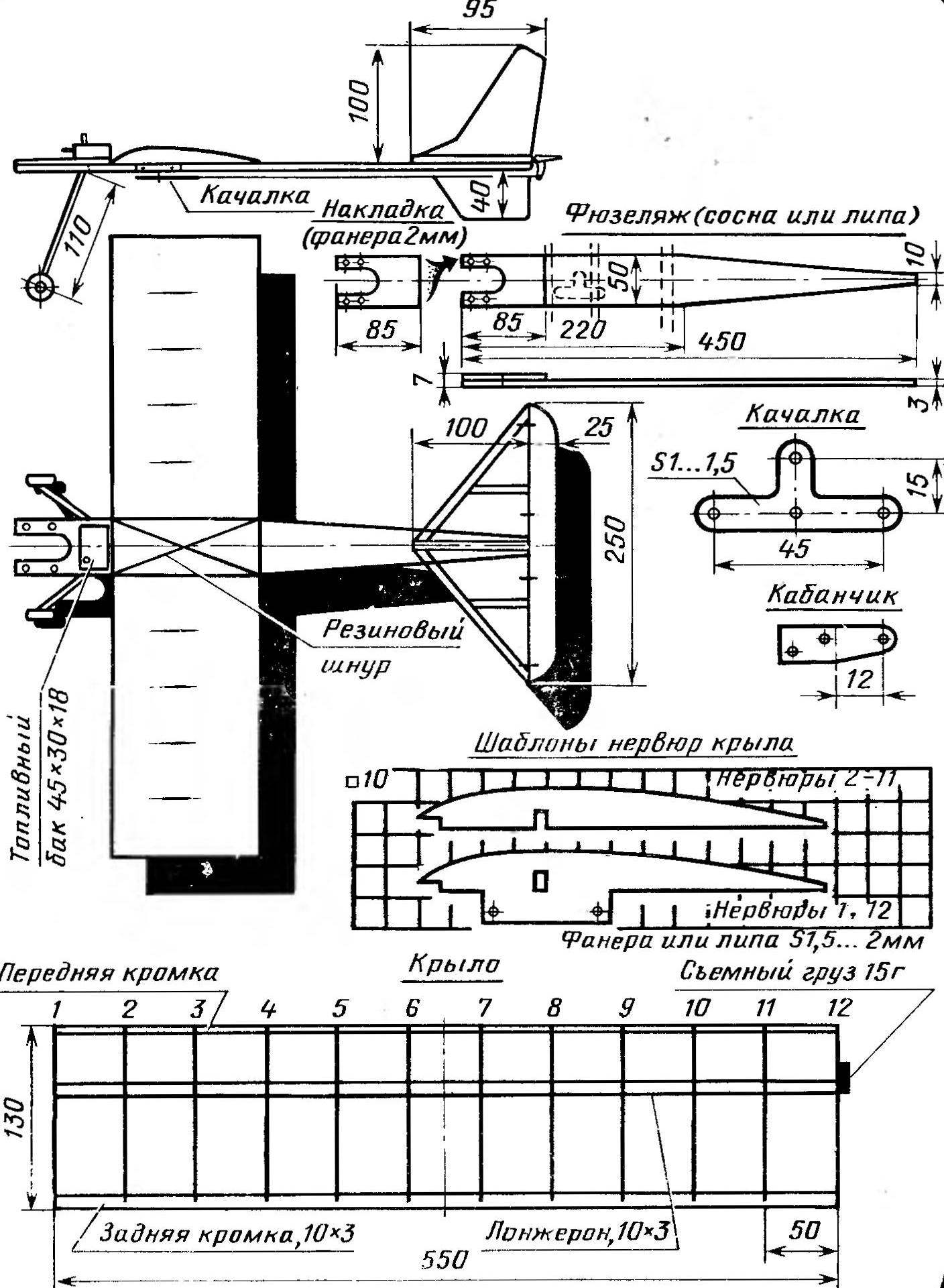 When the first return flight is very desirable to insure the beginner, intervening when necessary to management and correcting mistakes. When the “chief pilot” feel that the student begins to “steer” is meaningful, control weaken and then the belayer’s hand is removed. After a few flying skill is inevitably fixed. It is important to note that the training flight “on the back” it is imperative to begin immediately after the development of direct. Only then the newcomer will have to overcome already entered in the blood-automatism depilating character.
Model Oktyabrenok reproduced in full, as many already do not remember how looks this highly successful and convenient in the construction and operation of a very “robust” training machine, designed for motor a working volume of 1.5 cm3.
S. MUTOVIN, head of the aircraft modeling lab syut, p. Boguchany