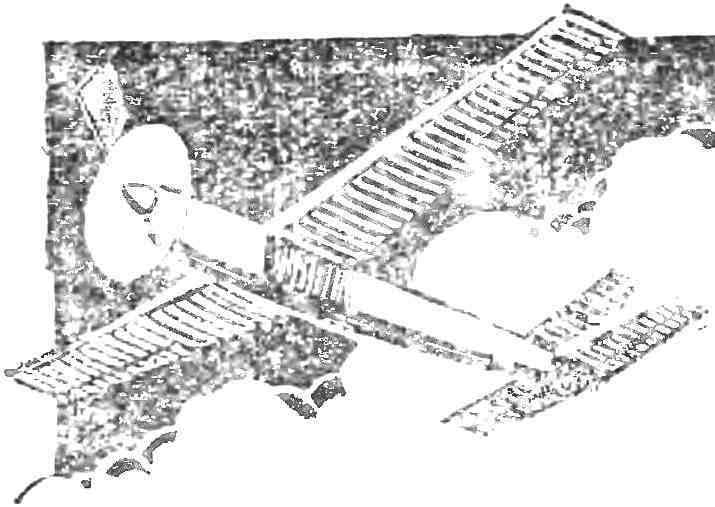 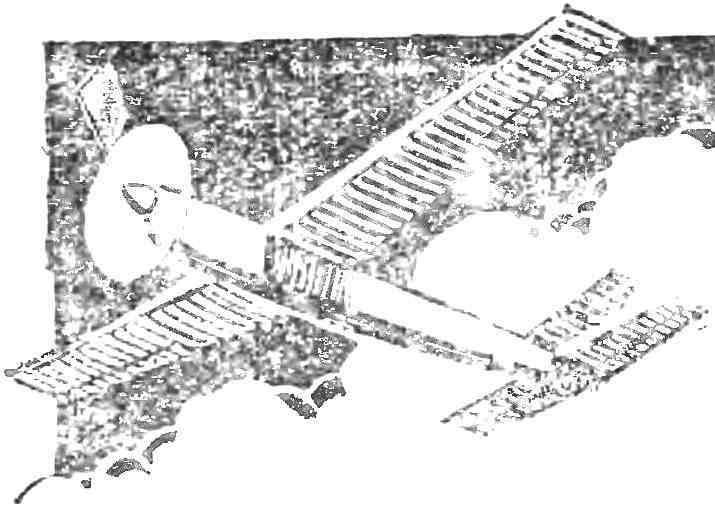 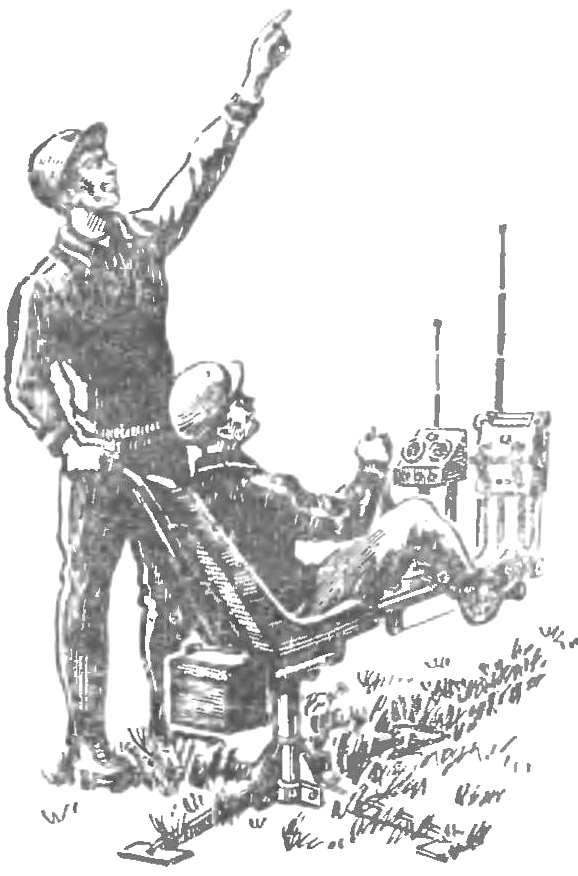 Svobodnaya radio control model airplanes, gliders and helicopters is currently being implemented with the help of tiny transmitters that have levers or buttons to apply for the model of the desired commands. All of these devices have nothing to do with the controls of a real aircraft and need to develop specific skills and reactions. This means that the experience of control appears to be useless in the future, say, in the case of the transition has mastered them to the training flights in a glider, and especially on the plane.
By itself the question arises: is it right? Isn’t it better to make the controls of the transmitter is similar to aircraft by not only their appearance, but also by key (and thus generated) steering reactions? After all, if today some “inventor” offered to change the design and operation of aircraft control, making it identical to the existing management radiomodule, it is, to put it mildly, would have raised a laugh. So why is the latter not improved and is not close to conventional systems? Maybe it is more convenient?
Not at all, — in one voice said the radio operators who have tried developed by E. Henry (USA) new remote control flying radiomodule. This remote is a simplified and lightweight the pilot’s seat, mounted on a portable base that can be rotated 360° around the vertical axis for continuous monitoring model to fly. Seat linked with the controls of the aircraft type: knob, pedals, Gaza strip, connected by rods and cables with the command radio transmitter located in front of the pilot (Fig. 1).
“To control a flying model of this remote control to only easy, but also pleasant: experience this kind of feeling, as if he were in the cockpit of this model — so said about the new unit-known aerobatic pilot Jim house. — Move the handle forward, and the sky opens its arms to you. Gaining height, lay in a course. Model easy to manage and responsive to your every command. The stick and the model follows several loops. Half roll, turn on the slide and other aerobatics are obtained pure and graceful”. 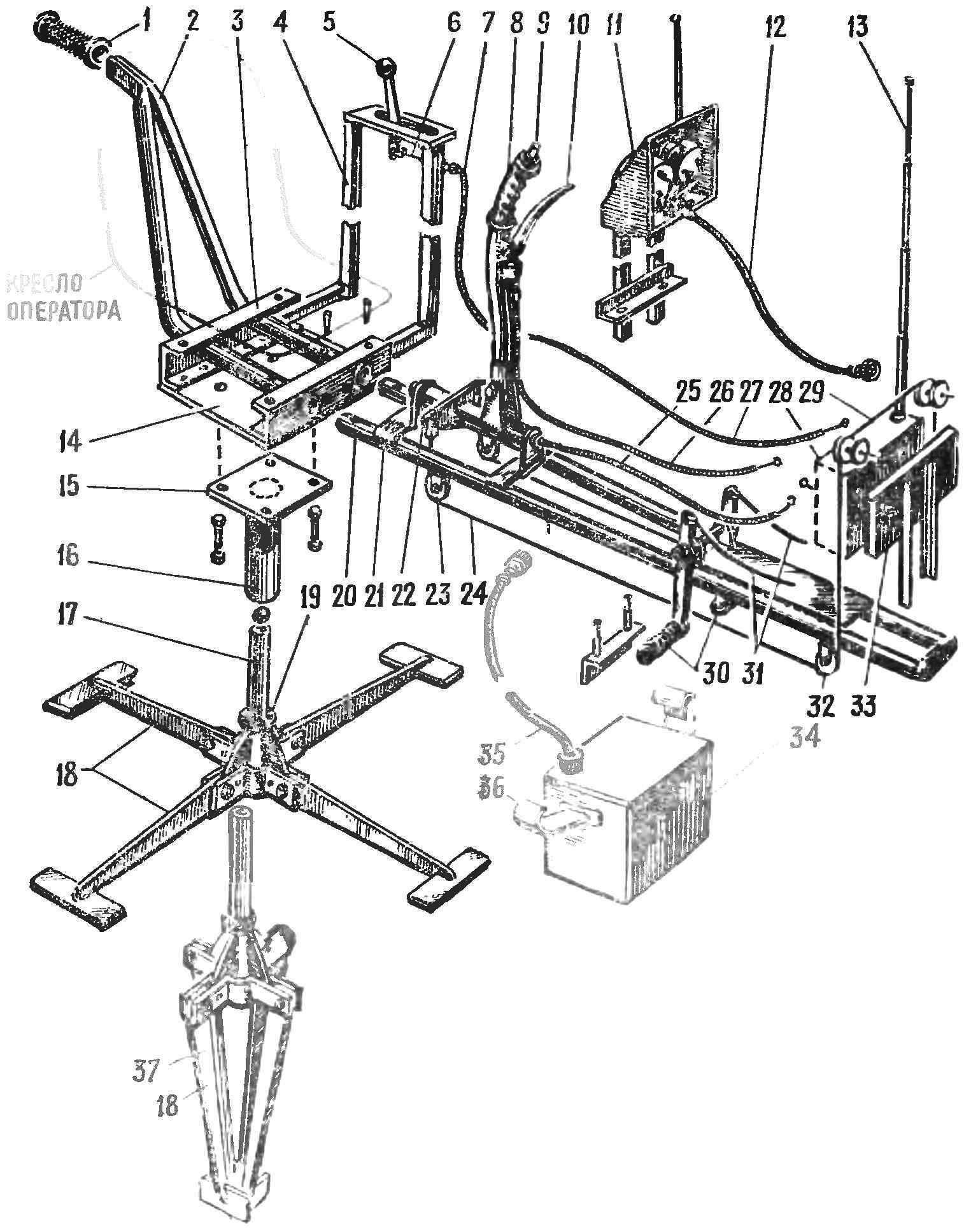 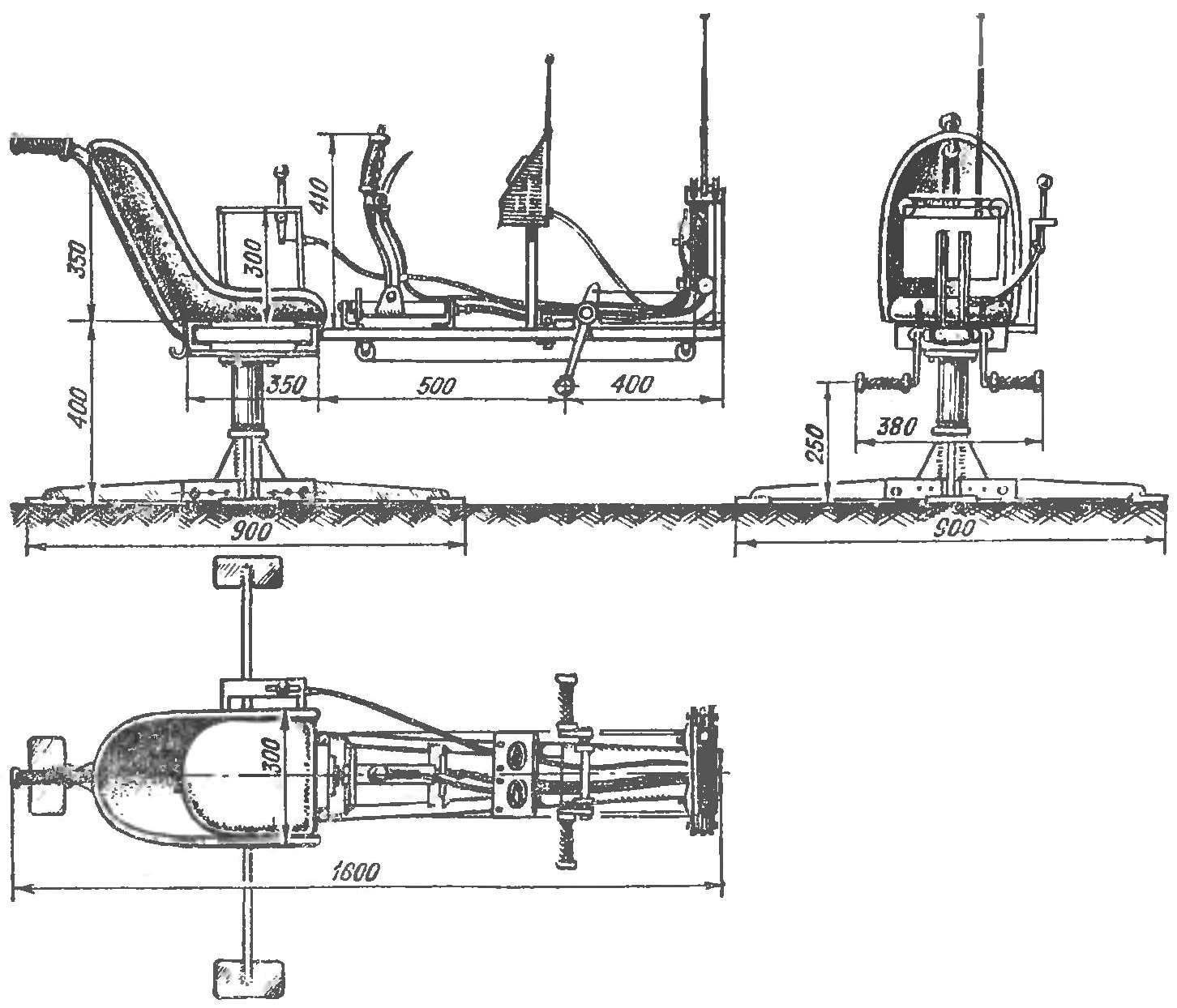