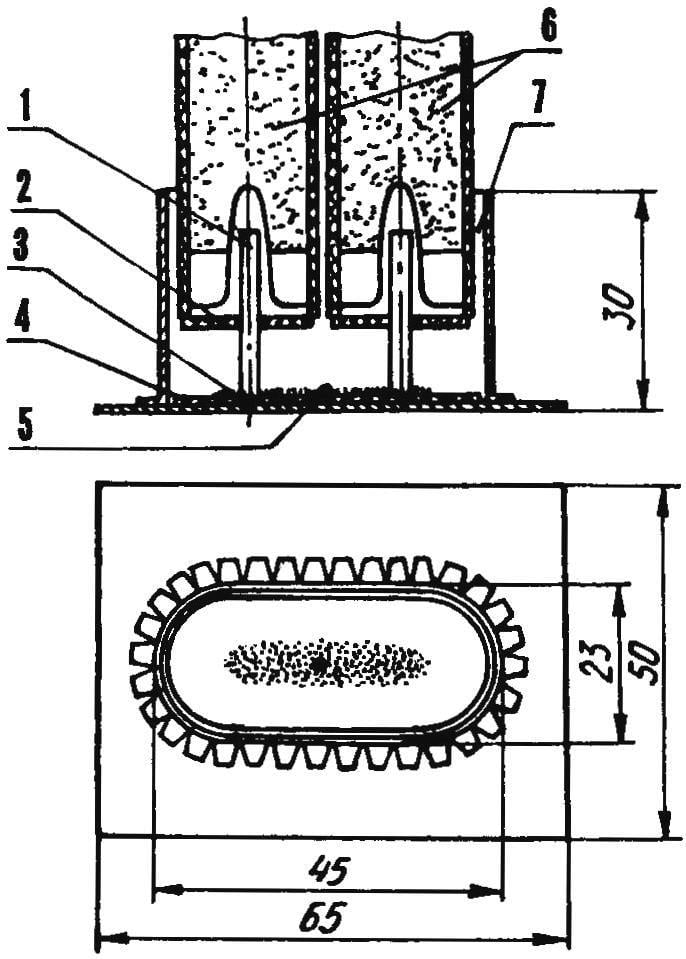 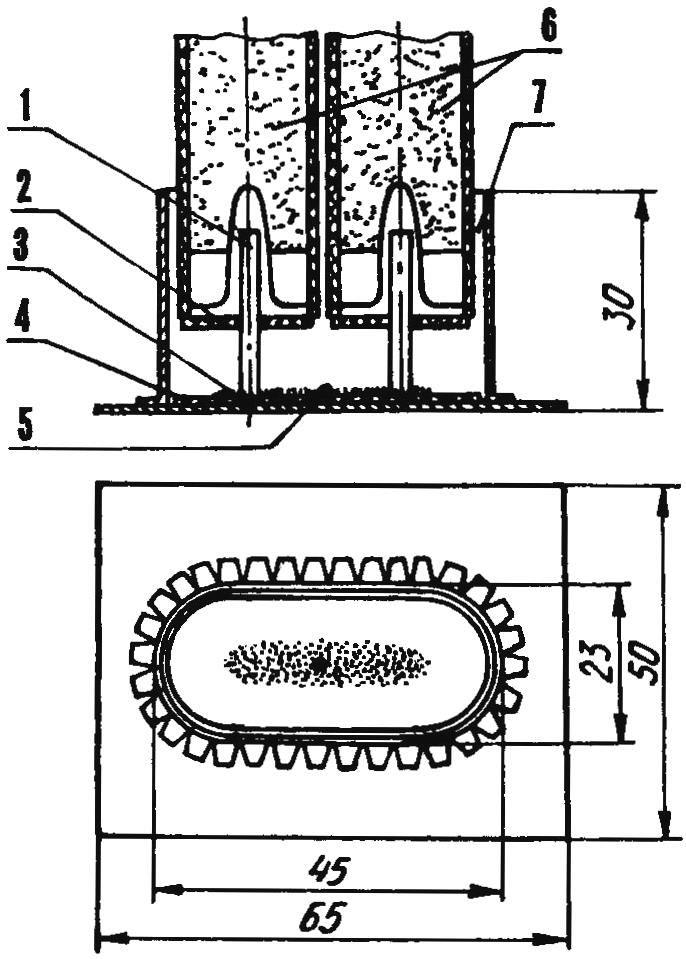 The simultaneous launching of multiple model rocket engines presents a great challenge for modelers. Existing methods of ignition have several disadvantages; Perekrest does not allow you to launch multiple missiles for a short time (as the products of combustion clogging the tubes, burn the ends, etc.), as currently practiced method of ignition with the banks is a danger of explosion engines because of the filling of channel MRD pyrotechnic compositions.

The proposed method combines the positive aspects of the ignition of several mrad with Perekrest and “banks” and represents their combined version.
Device for the simultaneous launch of two models of rockets:
1 — guide (metal tube Ø3); 2 — cap (cardboard circle 19); 3 — gunpowder pulp; 4 — liner (cardboard); 5 — Electrosoul; 6 — mrad (top view not shown); 7 — Cup (tin)
Consider a device for the simultaneous launch of two MRD: each motor is inserted a thin-walled tube of brass or copper with a diameter of 3 mm (corresponding to MRD-10, MRD-20) and glued to a cardboard circle with a diameter of 18-19 mm. At the tip of this tube is a small amount of black powder mixed with nitrocellulose lacquer. Cardboard circle together with a tube is fixed on each of MRD in two places with glue “Super Moment” in order to lock the position of the tube in the center of the engine nozzle. According to the quantity of MRD is produced from tin Cup. On its bottom is placed a piece of cardboard coated with the powder track elektrozapalom. It is very important to determine the amount of powder. It is best to use a powder to “dust” (crushed in a mortar and powder). It is fixed on cardboard with nitrocellulose lacquer. To increase the burning rate of the powder path is closed with tape so that the ends of the tubes were in the open area. With this method, repeatedly with no problems lit two MRD. Now we are working on the ignition three, four and five of MRD in the above diagram.
The above technique is the only solution to the problem of multi-launch rockets.
S. HARAZIN, head of the laboratory of rocket-space modelling of the Saint-Petersburg city Palace of youth creativity