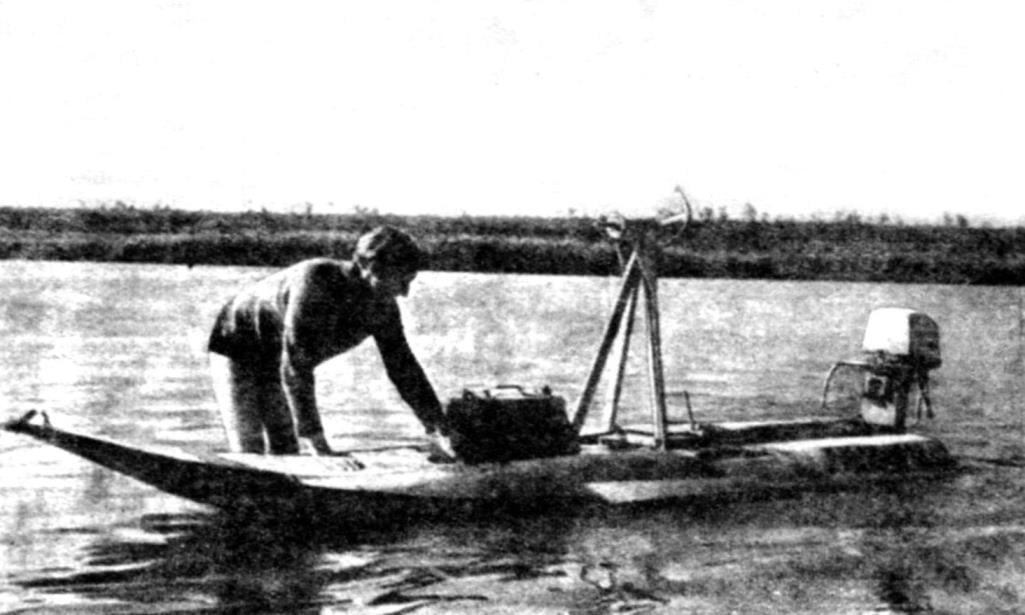 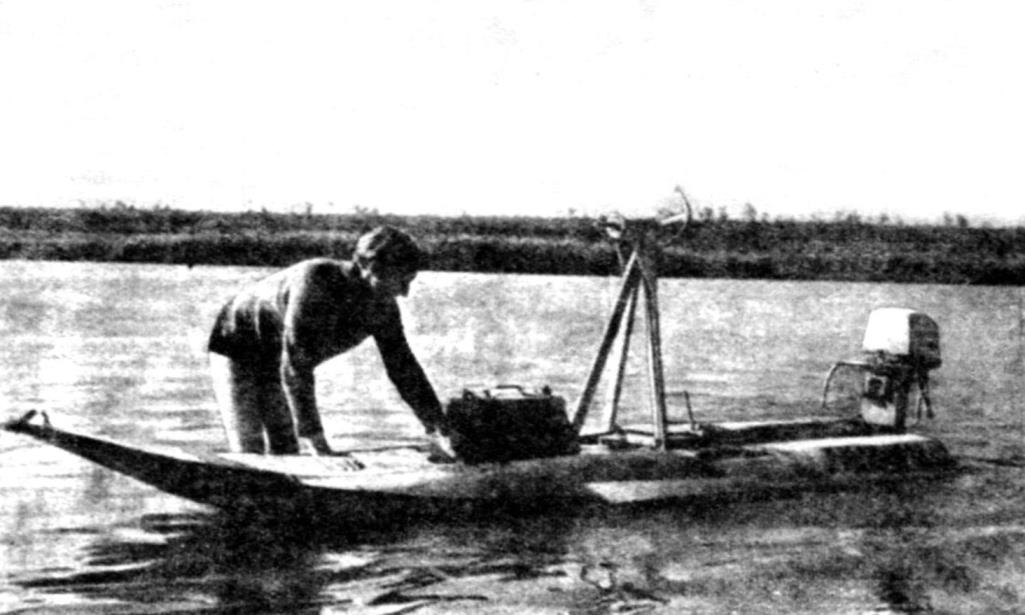 Last spring I made myself water skiing. But to slip on them could rarely, as the role of the tug performed… a motorcycle with a sidecar. The construction of special boats would require a certain cost, powerful engines, and most importantly – time.

Then I thought: wouldn’t it be better to construct one large ski and with motor and control to ride without the aid of a powerboat?
Ski was good. I want to share my experience building and riding on it.
The housing Assembly monoskis you can start with six sheets of plywood 3 mm thick standard sizes (1525×1525 mm), several boards of lime (for frames) and pine slats to the stringers cross-section 30×10 mm.
First you need to correctly place the frames, and then “bind” them to the rack Midel’veys and stringers, thus obtaining the skeleton of monoskis. Then sheathe it with plywood, roskrow her trailing blanks. Inner side plating before Assembly to cover the at least one layer of epoxy resin.

Overall layout:
1 – weight lug; 2 – Midel’veys (Central stringer below deck); 3 – ridge; 4 – frame № 1; 5 – bottom stringer; 6 – sheathing (plywood with a thickness of 3-4 mm); 7 – frame № 2; 8 – front strut of the wheel; 9 – the steering drum; 10 – rudder; 11 – throttle; 12 – deck; 13 – cover of the fuel tank; 14 – flexible rope of the throttle; 15 – steering rod; 16 – wall power box housing; 17 – zygomatic bar; 18 – a pulley of a designated place of f-40
Assembly is done with screws, lubricated with epoxy resin. At the junction of shell plates from the bottom need to stick a strip of plywood and fiberglass, saturated with epoxy, and then attach the lining at the contour of the frame. Fender also glued on fiberglass epoxy resin.
Case monoskis outside is covered by two layers of fiberglass on the resin. You must clean the entire surface of coarse sandpaper. Especially attentively it is necessary to seal the connecting joints of the sheathing.
After drying, the casing should be applied on a layer of putty. It is prepared from chalk with a small amount of carpentry, casein glue or epoxy. When it is well dry, the body should be thoroughly cleaned. It is very important to reduce the resistance, and hence increase the speed and quality of planing. 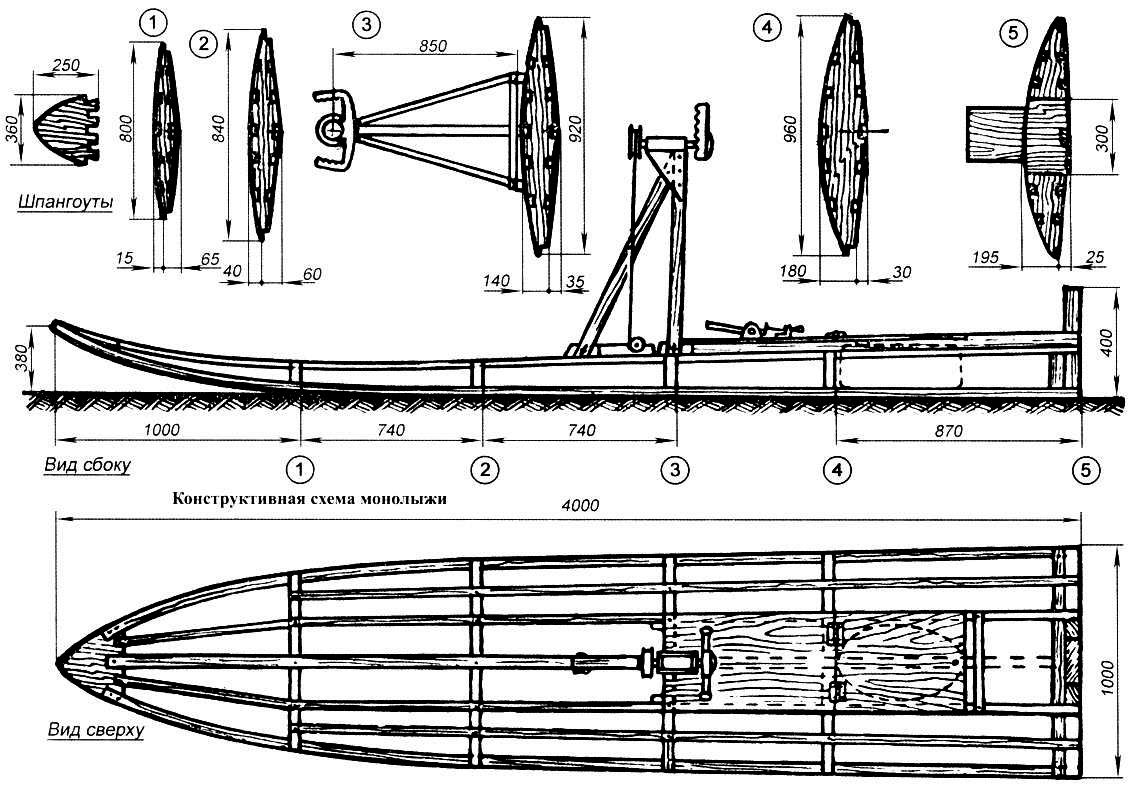 Having collected the body, you can begin mounting the steering. To this end, the area of the 3rd frame of the first set of lugs that are on the epoxy and the screws are fastened through the sheathing to the Midel’veys and two stringers. The lugs are joined to the bolts with the “lambs” three struts that form the support column of the control.
Installing the transom the engine to a place to adjust the controls. Because the engine serves as a rudder to it from the drum through the pulley extends the cord, and the removable ends are connected with a barbell. 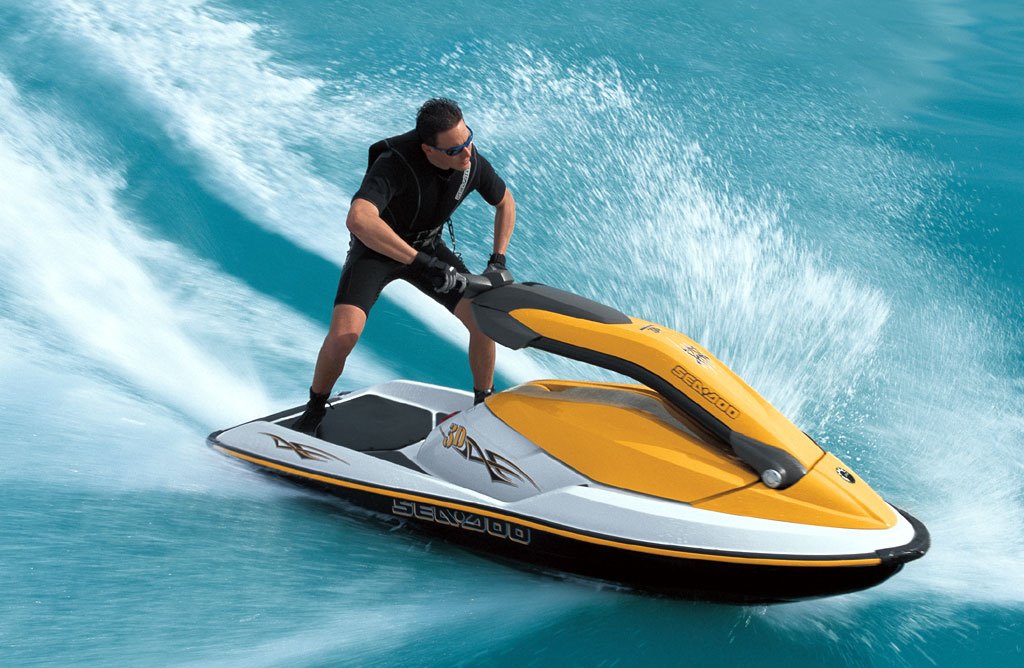 Modern sports stand-up jet ski for jetski
To control the Gaza strip, it is convenient to use the cable “Bowden”, providing the lever return spring that allows the automatic discharge of gas after removal of the foot from the pedal. Off of the clutch takes place directly on the engine.
Repeated runs showed good quality of this design monoskis, equipped with an outboard motor, “Breeze-12”. Good speed combined with excellent stability and controllability on turns that gives great satisfaction to the athlete during the execution of a kind of “slalom” on the water.
S. KRIVOHLAVY, town of Salsk