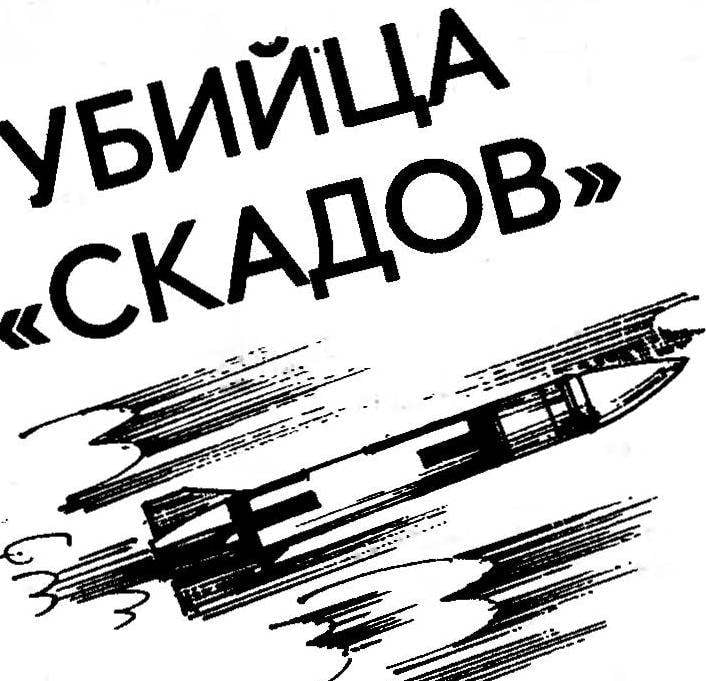 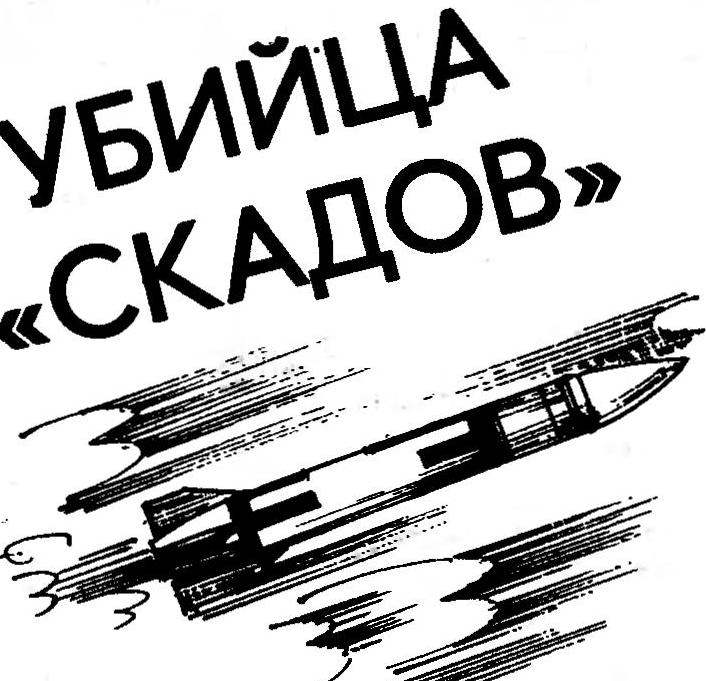 Throughout the military conflict in the Persian Gulf (operation “desert Storm”) in most of the media’s constant attention was paid to the action of the American missile defense system “Patriot”. Its successful use against Iraqi “Scud” (see “M-K” № 8’92) launched on the civilian facilities of Israel and Saudi Arabia, was rightly described as a triumph of modern military equipment.

Although after the first launch of “Patriot” against “Scud” January 23, 1991, Iraqi attempts by terrorist attacks and has not stopped, whenever possible, they were suppressed. During operation “desert Storm” missiles “patriot” destroyed 39 of 62 launched the “Scud”. Against the rest of the “patriots” were unaffected, as computing the air defense system was determined by theoretical unattainable goal. In fairness it should be noted that many of the “Scud” due to various reasons and faults in most cases they themselves exploded over the desert.
The development of a new anti-aircraft missile system (ADMS) designed to replace the long-range SAM “Nike-Hercules” and the middle of the action “Improved hawk” started in the USA in the early 70-ies. In 1976 he was awarded the title “Patriot”. The first launches of the same name the surface to air missile the target was held in 1976, and moving in 1977.
It should be noted that the system “Patriot” originally never intended as a tactical anti-missile capabilities and was designed exclusively against aircraft. The possibility of its use in a new role appeared only after the next jump in the development of computers and technology. (For information in improving the original “Patriot” initial 200 electronic modules included in the control system of the rocket, in the end was replaced by the 13 “chips”!). A significant change in the algorithms of the program, enabling the radar beam of the system “homing” (why they put quotation marks, you will understand when you learn more about the guidance system) tracking ballistic target trajectory, helped to redesign the modification of RAS-2 n for the destruction of the missiles.
System “Patriot” is one “but”. The fact that during the operation “desert Storm” it not only proved its high efficiency, but also became both the most expensive military means. Suffice it to mention that the entire program is the development of “Patriot” required financing, the amount of excess support for the program “space Shuttle”. The history of formation dates back 24 years (from 1961 to 1985, when “patriots” were armed first military unit of the U.S. army, stationed in the German city of Giesen).
Actually the system “patriot” consists of several basic elements. In General, it is so automated that compared to, for example, with a system of “hawk” requires for maintenance, only 30% of the staff. The unique capabilities of the “Patriot”, proven during the military conflict in the Persian Gulf, is being realized in close communication with other information and telecommunication systems. For example, all launches of Scuds were recorded using two satellites “hanging” over the Persian Gulf and the Indian ocean. Information from them was transferred to the station Narrunbaru in Australia, and from there via the telecommunication satellite in the space defense center, located in the mountains of Colorado. From the center after processing the information transmitted in the Persian Gulf. The entire chain, starting with the launch of “Scud” and ending with the ignition of the engine of the patriot missiles, at the time was only fifteen minutes!

The system is based on radar (radar) AN/МРQ-53. Her antenna phased array allows you to simultaneously track up to 100 targets; for eight of the targets are also simultaneously calculated and their likely trajectory. The radar is equipped with a recognition system “friend or foe” and is able to work in conditions of active operation in the system of electronic jamming of the enemy. Managing complex missiles “patriot” combines the advantages of remote control and homing: after the start
the missile follows the commands from earth, and in the final phase of the flight management moves on to the semi-active homing subsystem enclosed in the head fairing of the rocket. But after the transfer of the “rudders” on the radar continuously receives information about the provisions as missiles and targets. Information is processed instantly (by the way: in the final phase of the flight, despite the heavy load of the computer, the radar is able to simultaneously work with two of his missiles, is also already approaching goals!), and, if necessary, the flight is further adjusted.
The entire radar complex control is located on one chassis coupled to a standard five-ton truck.
Another subsystem “Patriot”, having the index AN/МSQ-104 and includes computer control, also based on the chassis of the truck. At this station, two members of the combat crew tracking on the displays of the operational situation and depending on it can interfere in the work of the complex. The energy supply of the entire system “patriot” — from the generator capacity of 150 kW,
installed on a similar vehicle with a trailer with fuel (2075 l).
Starting mounted on a welded frame, is the next “pyatitonnik”. Four missiles are covered each in its own airtight transport-starting container with the independent electronic diagnostic systems. After starting the containers are replaced by new ones. The body of the container dural, quadrangular cross section, from the side of the rocket head closed reinforced rubber membrane which breaks at start-up. The mass of the container with the rocket is equal to 1686 kg. for five years storing the rocket requires no maintenance. Under-zhig her engine is from the management station without wire-Noah connection, radio signals.
Missiles “Patriot” is equipped with engine solid fuel, which allows it to reach speeds up to M=5…6. The engine run time of about 12 s. the Maximum distance the target can be 60 km, this road rocket is over 50 p. “Ceiling” of the flight is 24 km and the warhead weight of 90 kg contains the classic explosive. The casing of the warhead to increase! the efficiency of defeats the purpose prefragmented. The explosion is performed using fuses type М818 E1 or E2. The main part of the launch of composite materials. The fairing that covers the flat antenna of the guidance system from the large thermal and aerodynamic loads in high speed flight, has a wall thickness of 120 mm. It is made of ceramic alloy by the method of slip casting, the bow section is covered with a cobalt alloy. For reasons of thermal protection, the entire outer surface of the rocket is covered with a special ablative material. Steaming at high temperatures, it cools the surface below.
By 1992, the U.S. army had ten divisions, armed systems “Patriot”. The division includes headquarters and GRI anti-aircraft missile battery (two fire units each). The control is performed on the divisional command post. The fire division consists of fire control, disinformation, anti-radar missiles, as well as 5-8 launchers
Buying this weapons for their armies expressed interest in Germany, Holland, Japan and Italy. And this is another indication of high level of development, what its creators have achieved thanks to the rapid development of computer technology and coupled with her technology.
V. TIKHOV, engineer