Who as a child cut out of pine bark boat to explore the journey through the ringing in spring Creek? But a boy’s latent desire to build a model ship from the bark repeats the thought of the ancient shipbuilders: it is one of the floating materials. Brilliantly confirmed this Norwegian anthropologist Thor Heyerdahl in 1947.
In those days, even the obscure scholar has put forward the hypothesis that thousands of years ago, at the dawn of humanity, people bravely crossed the oceans and seas to develop uninhabited land. Particularly interested in Thor Heyerdahl the fact that the inhabitants of the American continent, the Peruvians and the islanders-Polynesian — have a lot in common in the way of life in the language. But how could the ancients to cross the Pacific ocean when in our days not all ships come to the port of destination?
Thor Heyerdahl was aware that the Peruvians use rafts constructed from balsa wood which is very durable and lightweight — easier tube! wood like pine bark. By the way, such vessels are found in ancient cave drawings. 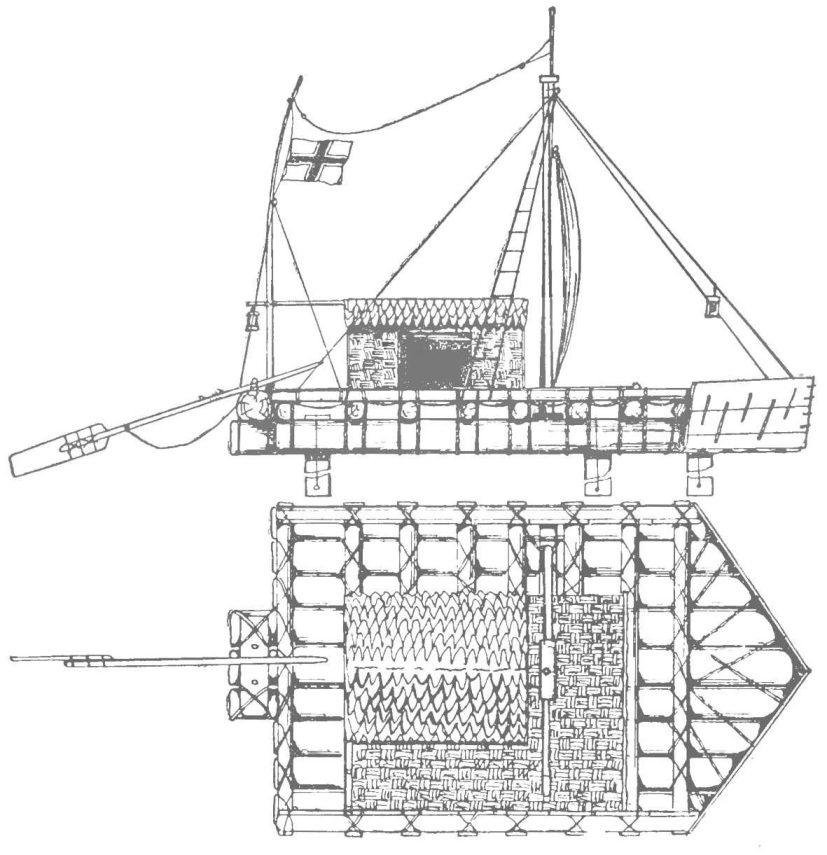 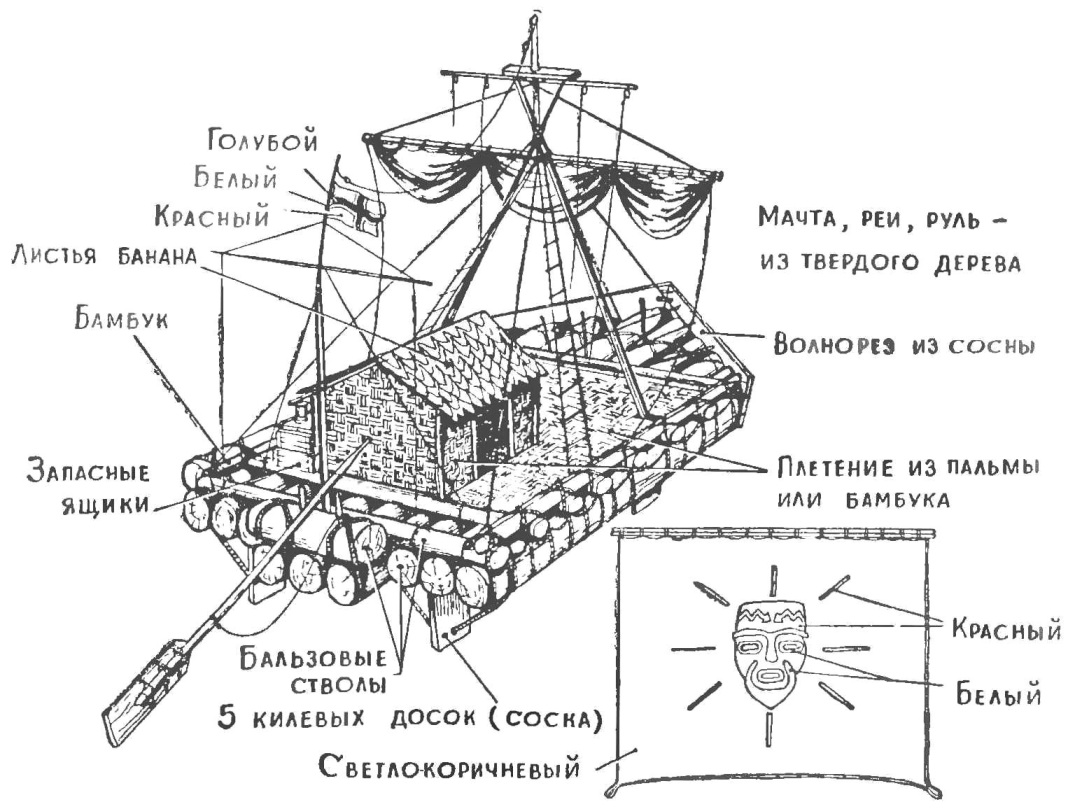 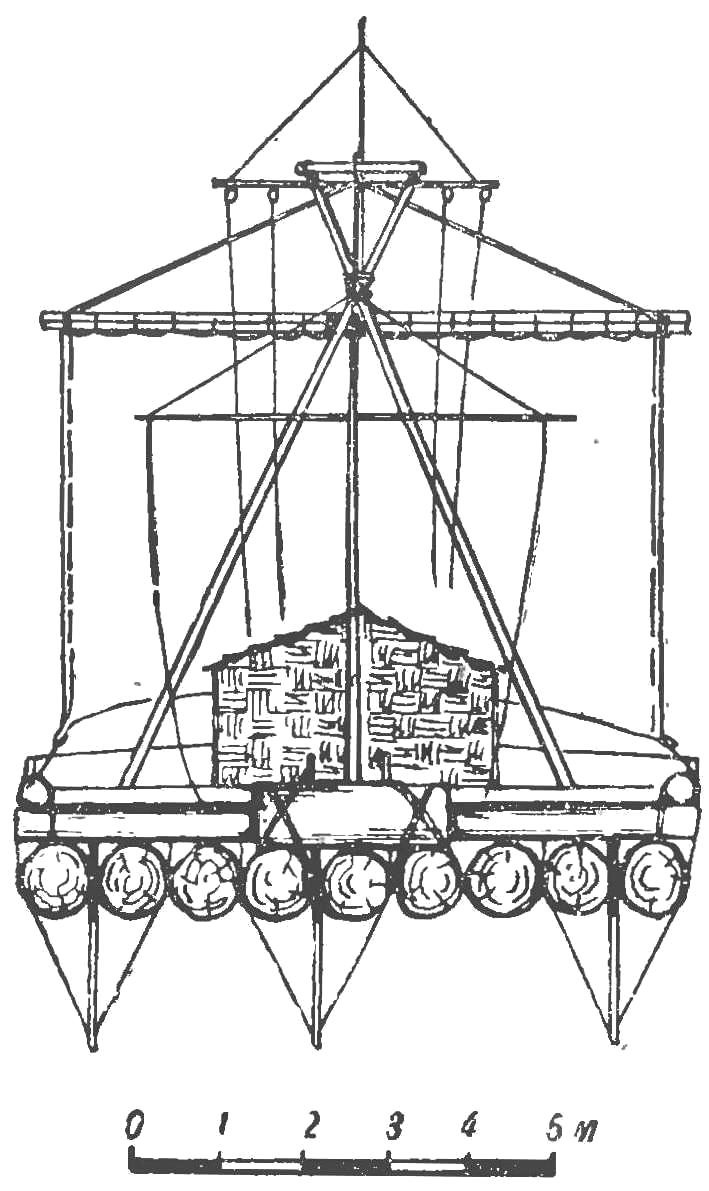 After careful preparations, the Round Haena built a raft from nine balsa trunks of large tree, which has entrusted its five satellites and their fate.
Intrepid travelers, drawn over Humboldt, travelled through the Pacific ocean. 101 days it took them until finally they were able to exclaim: “Goal achieved!” A chain of Islands on the horizon was Polynesia. (Recently Thor Heyerdahl, who became famous traveler who made a remarkable flight: coming from Morocco on the papyrus boat “RA-2”, the expedition, which was attended by Soviet and doctor Yuri Senkevich reached the shores of America.)
Today we offer our readers a model of the raft Thor Heyerdahl “Kon-Tiki”, made by masters of the German Democratic Republic.
It is very decorative and exotic. The material used in the construction of the prototype, balsa wood. Also need a piece of maple wood for masts, yards, rudder and a few pine planks for the device of the breakwater and keel, straw, imitating woven wall cabins and deck flooring. The sail can be cut from a thin canvas.
The construction presents no special difficulties, so that it can handle probably the most inexperienced constructor of ship models.