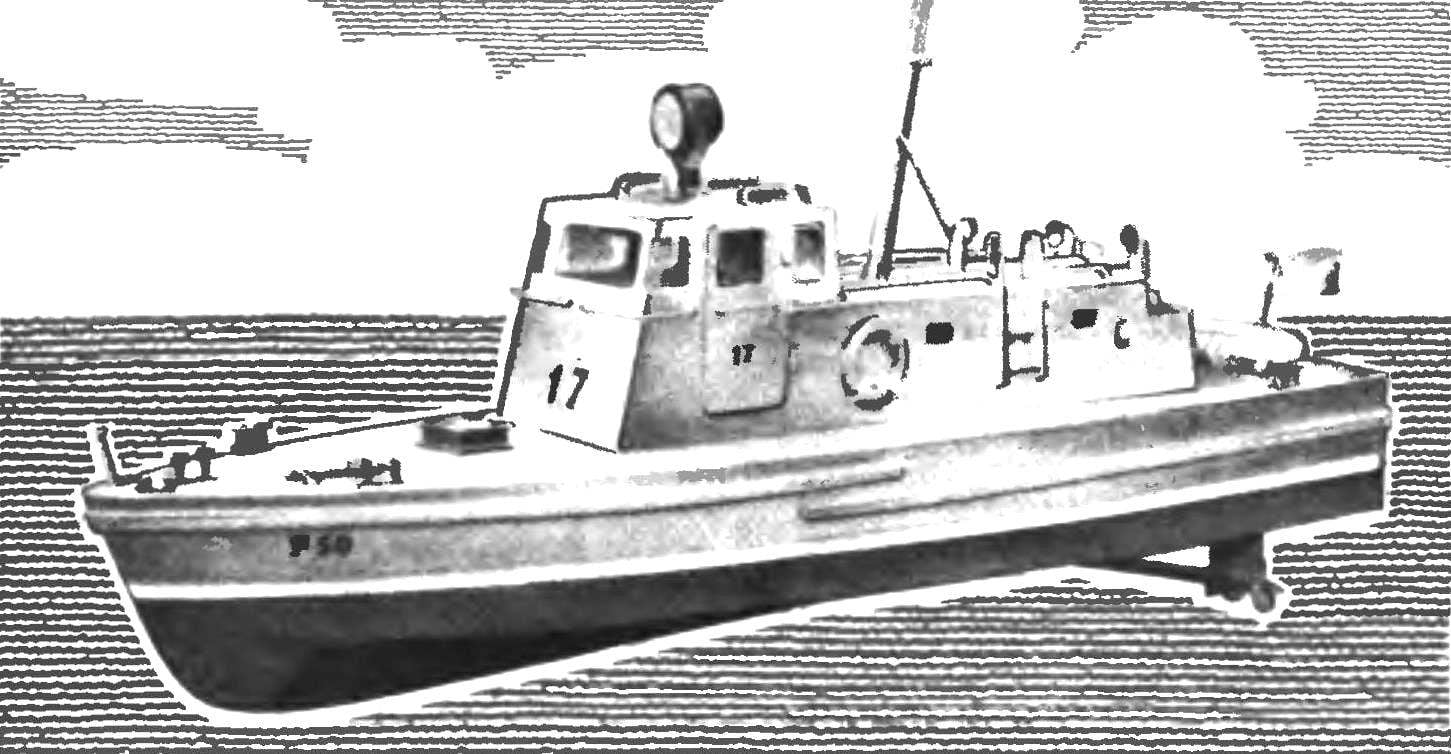 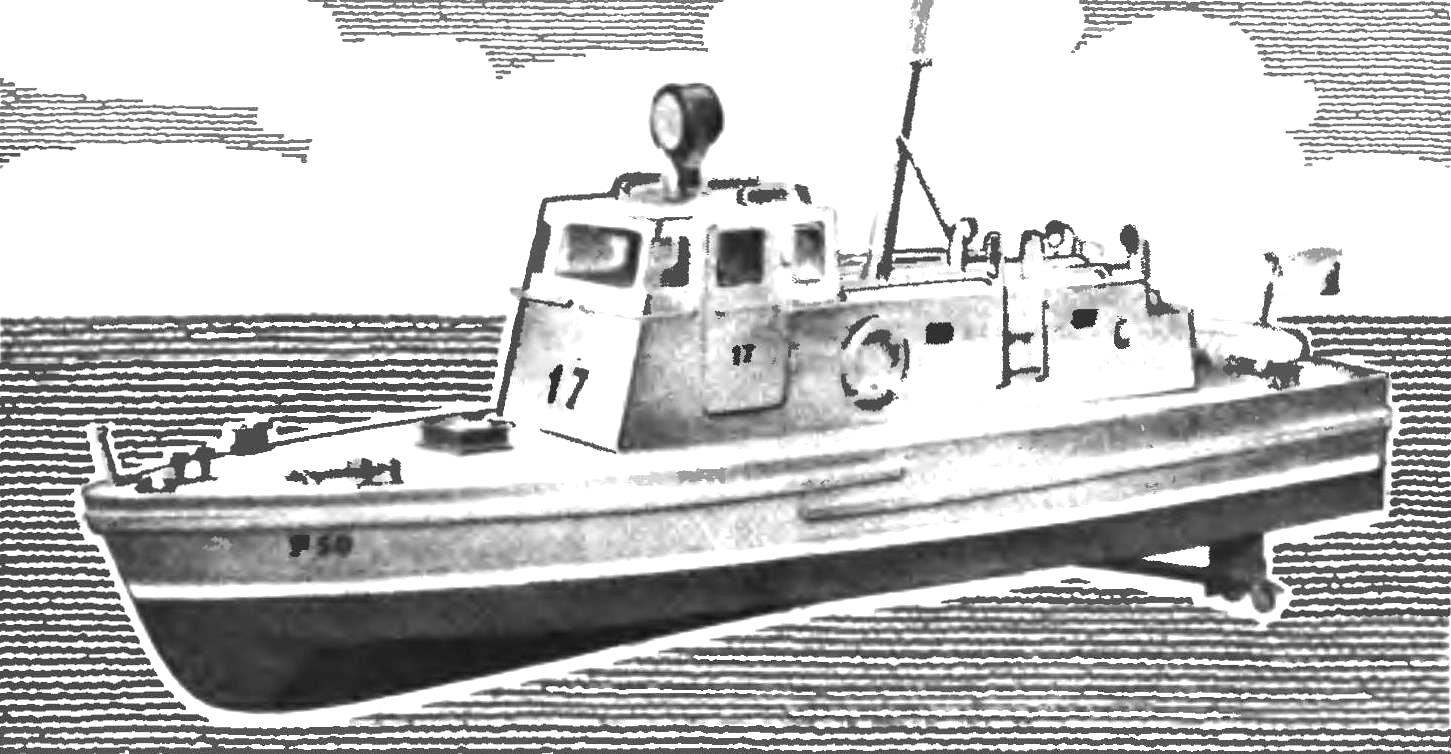 Model class EX-500 is especially popular with novice modelers: as a rule, they are simple and at the same time allow you to play with them in competitions of any rank. Today we introduce readers to one of such models. As a prototype the selected twin-engine boat rescue service, Royal air force. These boats were used for search and rescue pilots who were shot down over the sea, and to carry out the functions of protection during the second world war.

Work on the production of the model begins with the development of drawing in full size (of course, I mean the actual size not boats and models). Further planned projection this drawing will serve as a sort of slipway — it is only necessary to pull the drawing on a flat Board and protect it with plastic wrap so that the formers were not glued to the slipway. 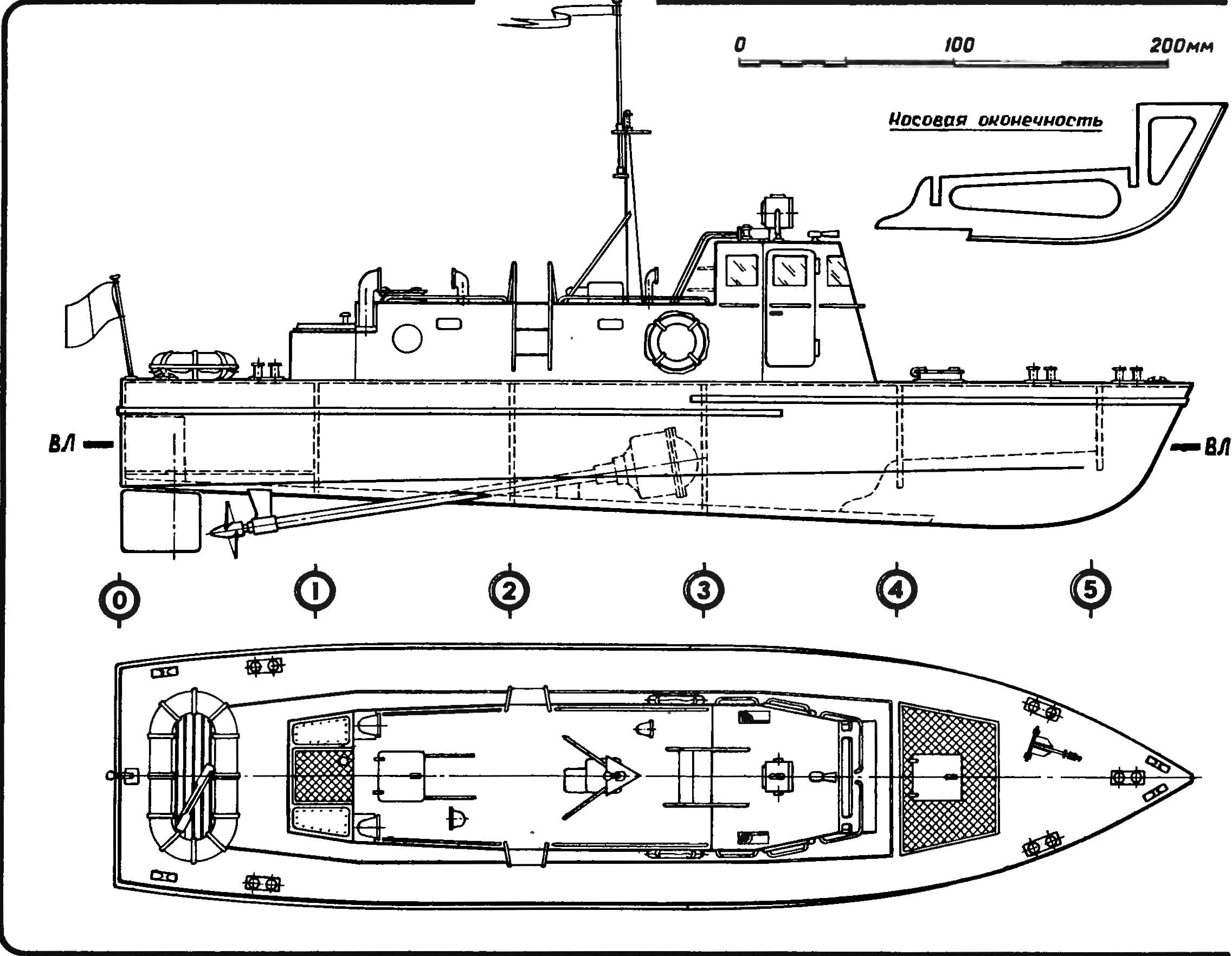 Fig. 1. Model-copy of the boat rescue service. The maximum length of the model class EX-500 — 498 mm, width 124 mm. the recommended weight of the model is not more than 680,
The body is going to keel up. The frames are cut out of plywood 4 mm thick, made of the same material is cut and fore end. On the slipway the frames are fixed with pins, after which they dock fore end and the keel of pine strips with a cross-section of 4×4 mm. Assembly is carried out by using epoxy glue. At the end on the frame are fixed four pine stringer cross-section of 4×4 mm and the frame model can be considered ready.
After curing of the adhesive frame is processed sandpaper glued to a plywood plate and is sheathed with plywood with a thickness of 0.8 mm. it Should be noted that the plywood of this thickness almost impossible to get, so you should take less scarce plywood thickness of 1.2 mm and viscoity it to the required thickness. You can also use cardboard (pressshpana) or a homemade plywood — perekleit of drawing paper on the epoxy binder. How to make a “plywood” in detail in the “M-K” (No. 7, 1991, p. 21).
Plating is conducted on the epoxy adhesive, the workpiece is fixed on the frame with a rubber bandage, first at the stern and then the bow. If necessary under the bandage under ladywood plywood or cardboard strips in order to ensure the reliable adherence of the plating to the kit frame.
After curing the external surface of the housing vyshkurivaetsya, then aligned using a filler composed of talc and nitrocellulose lacquer, again vyshkurivaetsya, polished and painted in two layers. Inside the case is coated in two layers of two-component parquet lacquer, ensuring high water resistance.
Further to the sides of the hull in accordance with drawing stick, RUB rails and pine slats.
The engine model represents a pair of engines stern tube shafts and propellers — are sometimes sold in stores “Children’s world” and “Young technician” called “a constructor of ship models”. To install the engines in the hull is cut two holes and mounted a stern tube Moto installations. After a careful position control shafts (they should be parallel to the plane of symmetry of the model when viewed from above, and to be on the same plane in side view) of the junction between the stern tube and the hull is sealed with epoxy putty — a mixture of epoxy resin and talc.
The top housing is closed by a deck carved out of a sheet of plywood with a thickness of 1.2 mm. In it cut a hole for installation and maintenance of mechanisms and batteries.
Details of the superstructure and deckhouses are cut out of plywood with a thickness of 1.2 mm When assembled in the corners of the fixed rails with a section of 2×4 mm. the Windows of the wheelhouse are stuck inside a Mylar film that imitates the glazing. Handrails, brackets and ladders are curved and soldered out of copper wire Ø 1 mm. 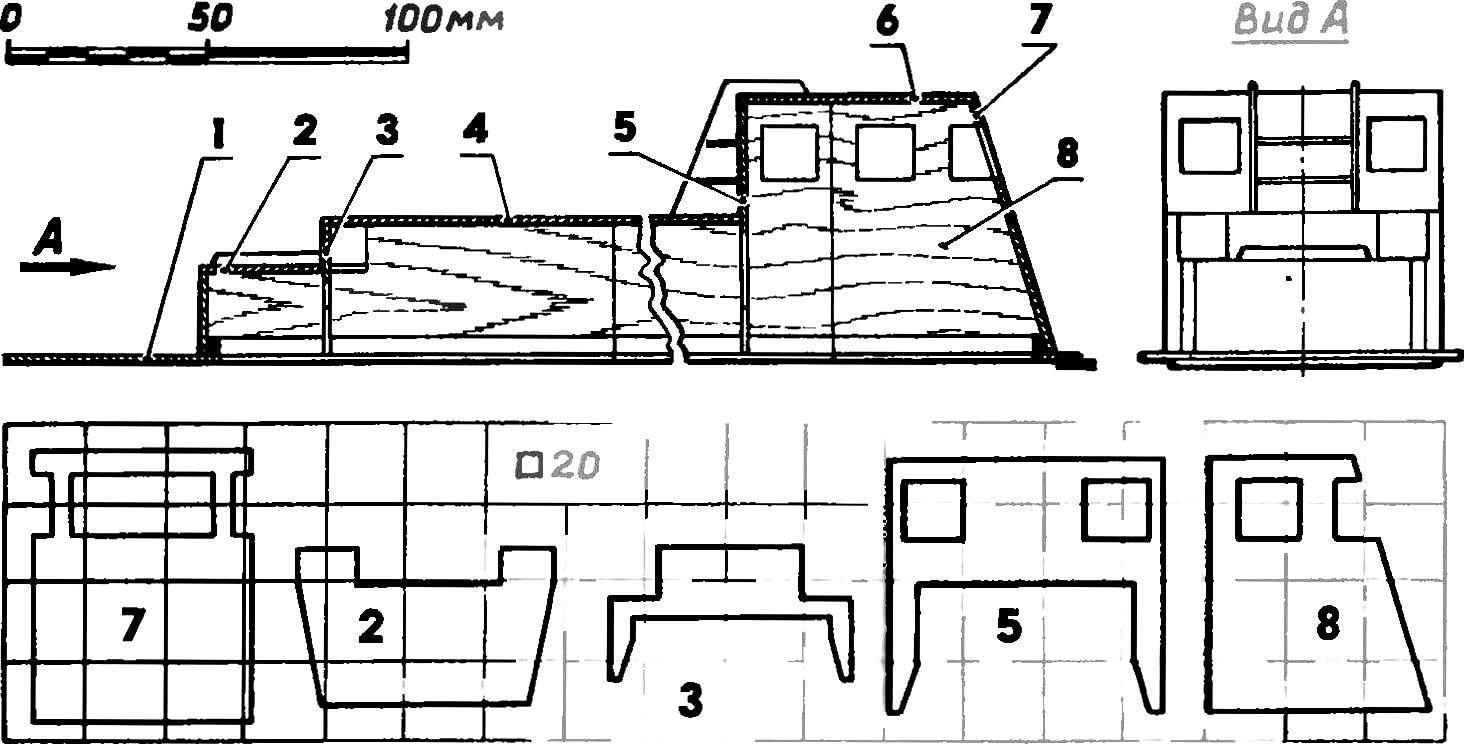 Fig. 2. The superstructure of the model and its basic details:
1 — cover deck, 2 — back, 3 — baffle, 4 — cover, 5 — rear panel cutting, 6 — casemate roof, 7 — the front wall of the wheelhouse 8 — side panel of the cabin.
Add-ins are mounted on a plate of plywood, which is a cover underdeck spaces. The front part of the covers is fixed bracket, and the rear — screw, screw glued in under the deck nut.
Rudder is carved from the plywood 3 mm thick. the Shaft is a steel rod with a diameter of 2.5 mm, fixed in the pen with epoxy glue. At the upper end of the rudder horn is mounted — lever for setting the course. Sensible things and other stuff are moulded from thermoplastic, is known as “Plastic”. Bollards are being finalized with aluminum rivets of suitable diameter, spotlight — of the cap from the tube.
The source of power for propulsion of the model are two connected in series flat battery. Engines right and left side are connected to each other in parallel. The debug model on the water is to remove the trim (by moving forward or backward the battery) and adjustment (using the deviations of the steering wheel) the straightness of movement of the track.
According to the magazine “Modelar” (CSFR)