Rocket modeling is recently gaining popularity in the Ulyanovsk region. Guys of all ages come in groups space modeling. Interesting fact: regional team “rocket” is composed almost entirely of pupils of 4-8 grades. And this team, despite his young age, two years in a row at the zonal competitions of the championship of the RSFSR honorary second place. About the most successful development of the Ulyanovsk athletes students this story.
A model rocket with a parachute classes D. Golyshenkova
The body is formed of three layers of glass, of a thickness of 0.05 mm on an epoxy binder with the use of steel will opravil. As the separation coating used mastic for the floor. After curing of the resin surface vyklicky case vyshkurivaetsya, incision using a special device, and after heating in an oven to the softening temperature of the separation layer of the case halves removed from the mandrel. The engine compartment and the fairing are formed as one piece with the housing.
At the bottom of Polycarpus with the payload fairing installed boss d 18 mm, carved from basswood or balsa. At the same time it is glued a loop of thread on bagchi of the shock absorber.
In the upper part of the second half jocosa (made integral with the motor compartment) is closed up-lock”visor”, which is finstrom the relative position of body parts in the starting position. 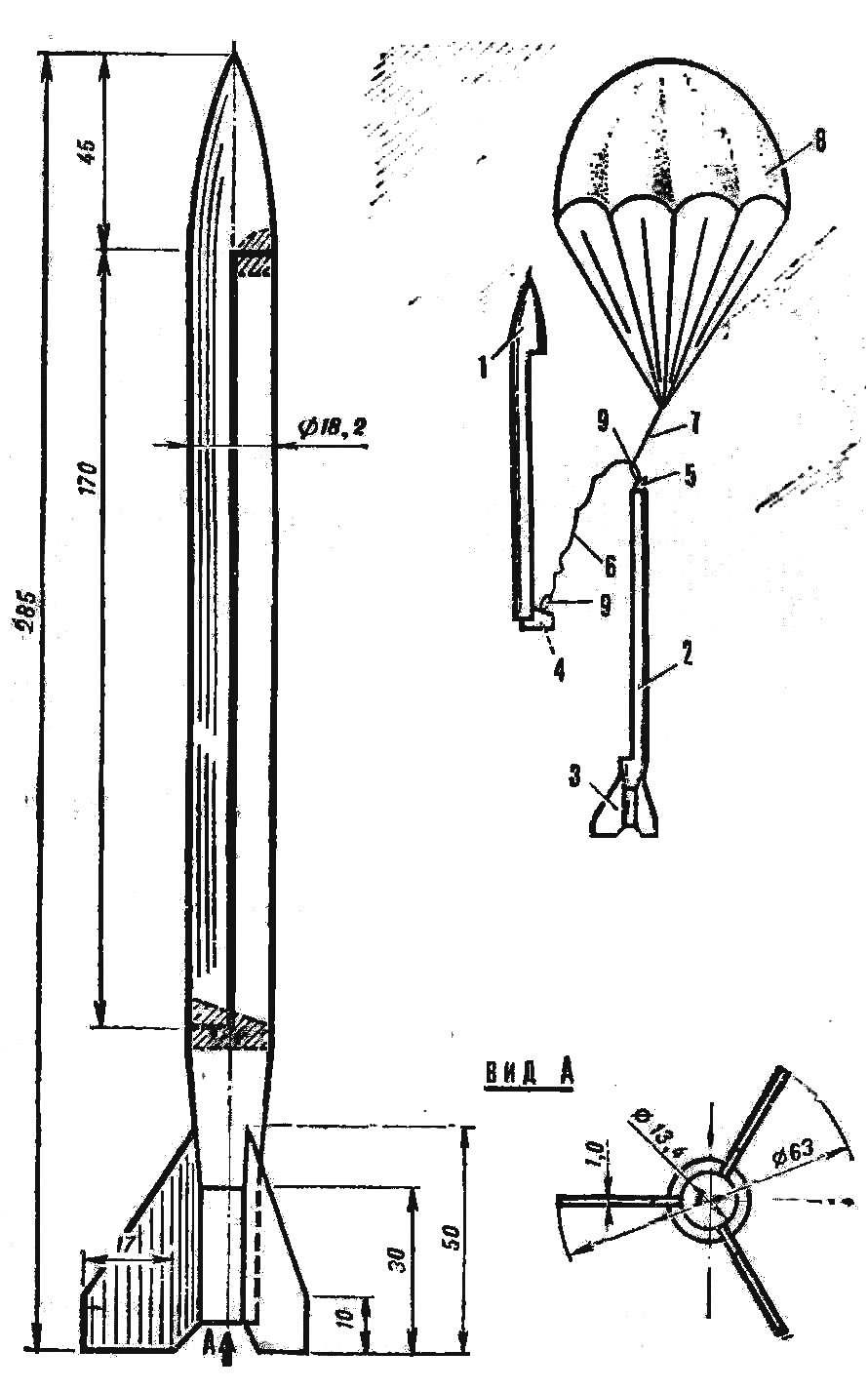 Model rarity Nessa Ѕ3А:
1 — fairing with polycrystal housing, 2 — polycrase housing with a motor compartment, 3 — regulator, 4 — boss. 5 — castle-“the visor”, 6 — absorber, 7 — thread pendants, 8 — parachute 9 — loop.
Three stabilizer visquine from balsa, covered with thin steklotekh on epoxide. At the same binder they are mounted on stich the engine compartment of the model. Microrocket operated parachute d 500-650 mm, you cronym of the Mylar film.
In preparing the model for flight of MRD type 2,5 — 3-6 with tightness is inserted in the motor compartment of the housing. A folded parachute is wrapped in the “case” of the PTFE film and placed in polucarpus with nose fairing, then pristykovyvayas the second half of the housing with a motor compartment. Castle-“the visor” it is under the shell of the head fairing, and the boss in the engine compartment.
Shock length 190 mm round rubber thread d 1 mm is placed in the body cavity on top of the parachute. Outside leaves no protruding parts, giving the harmful aerodynamic drag.
Wads and powder are not used, the parachute is well insulated from the hot gases lifting charge of fluoropolymer
the shell of the dome. Lifting charge small mass, it is enough for reliable disclosure of the case.
Test the whole lot of such models have shown good performance and high reliability of the developed design. Microrocket kicks off with a special guide with a length of 730 mm. Launch mass of 16 g.
A model rocket with tape class Б6А V. Kulagina 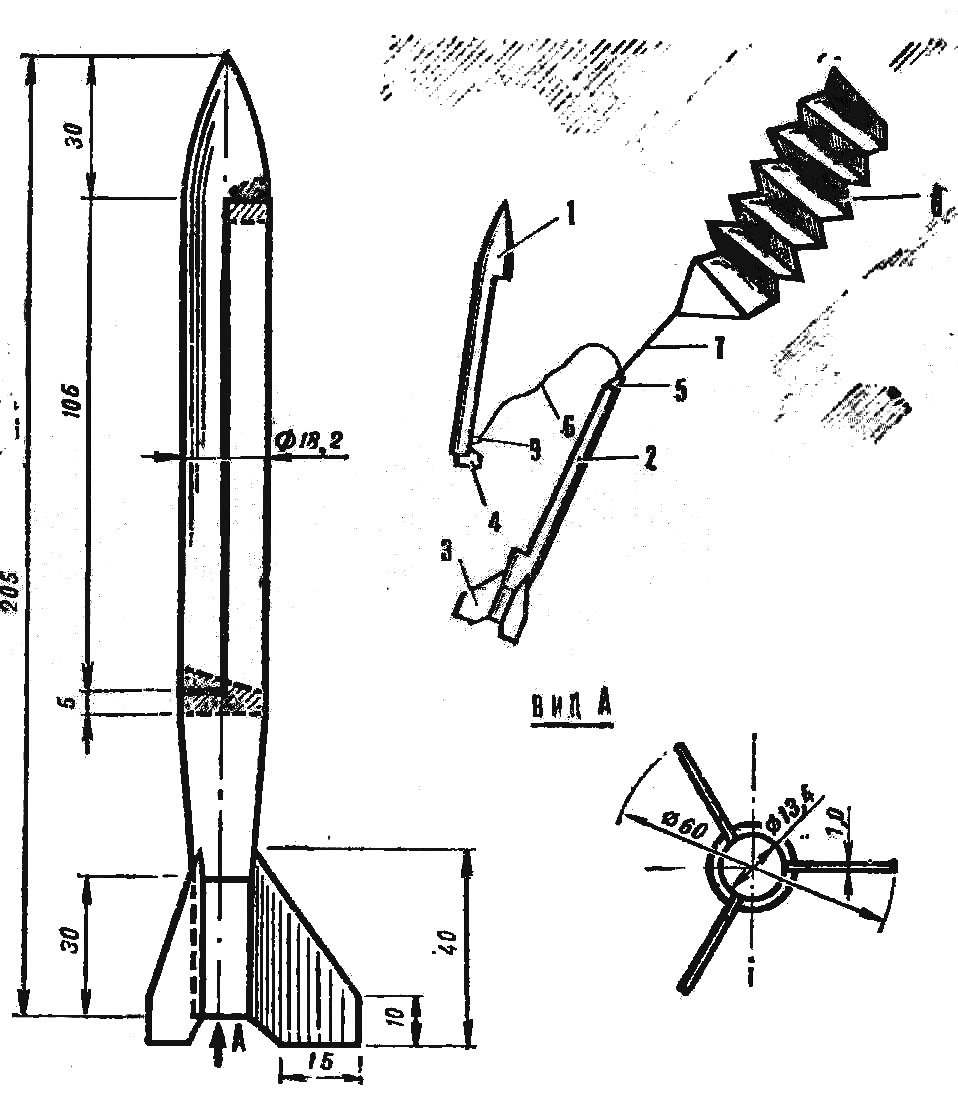