Although the car with the air screw (the cars) and are considered only a transitional step on the way of a young athlete from the “children” contour and rezinomotornaya of micromachines to the world of “adult” cord and RC, the set of problems to be solved in the design of these seemingly simple machines, forces us to treat them as… to this “test stand” to test the abilities of the Modeler as a designer. And really, try to forget about at least one of the many factors influencing the course of the aircar, as manufactured according to your drawings model immediately at startup, will show — there is a bug that will force you to look for and fix it.
Frankly, most of our members have already passed the thorny path of studying the mistakes and now know well: sometimes errors of design “buried” so deep and sometimes they are in a complex relationship that puzzled even a professional designer. A great lesson for them was the story when the interesting design of the snowmobile with pusher propeller was considered unsuccessful in all circles of avtomodelistov, but it later turned out that the only point in the direction of rotation of the propeller! So now none of the guys taken for developing the model, first carefully check all publications in books and journals on the subject.
We offer to your attention micromachines with a propeller is designed to meet all known laws. To enumerate them completely makes no sense — you will need the volume of the book. And it is not necessary. Performance aeromobil say that the work is successful, the behavior in all modes stable, running smooth, with the launch of cope novices. And speed characteristics already depend primarily on the characteristics of the plant. 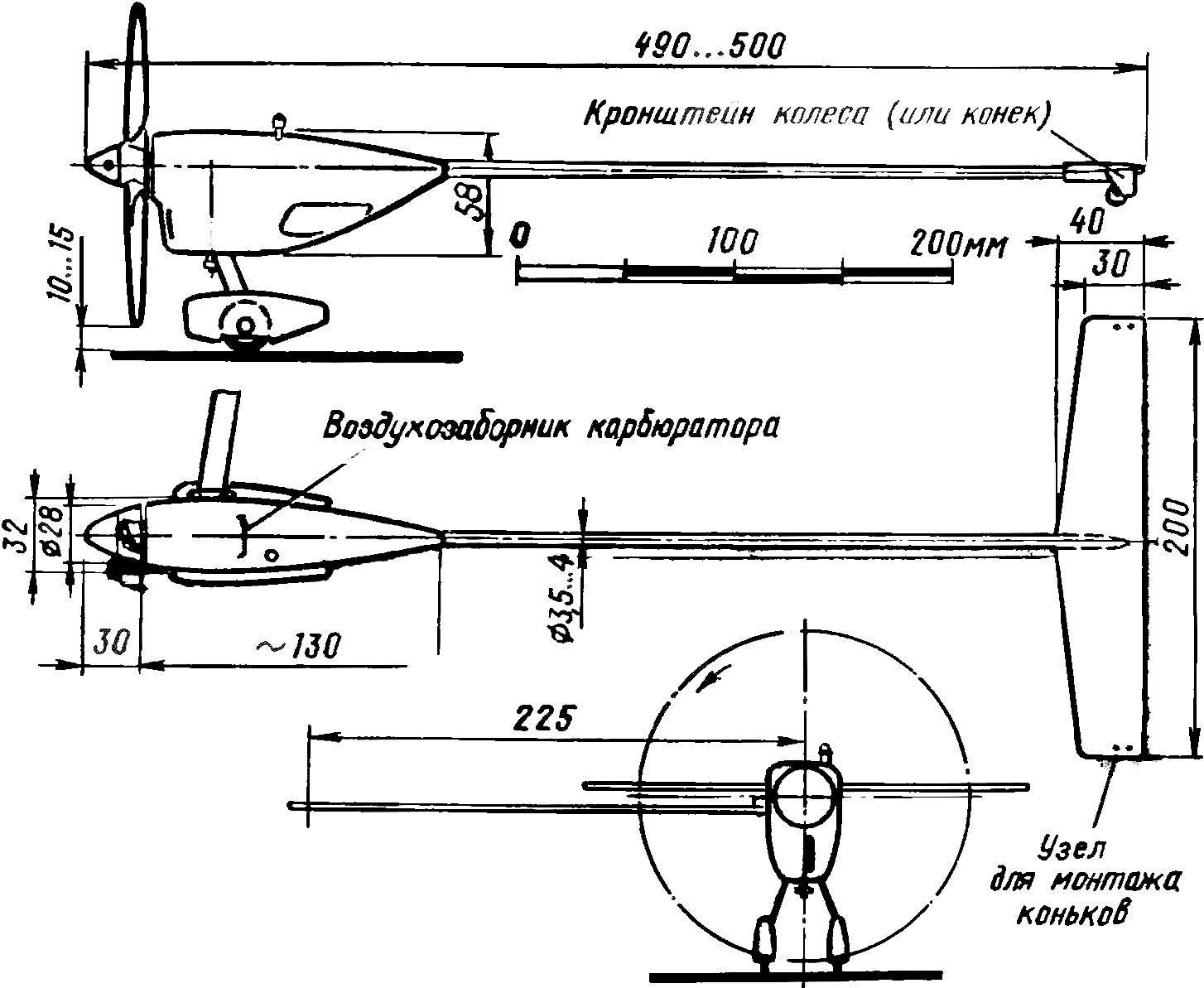 Fig. 1. Racing control line model flying car with the engine working volume of 1.5 cm3.
We believe that we have managed to design a very simple and effective in terms of achieving the required characteristics of the car. Due to the failure from the long, housing not only reduced weight, but decreased wetted surface of the model. By the way, the relief of the tail of the drastically lengthen the shoulder stabilizer. Hence his great performance as a damper for the vertical oscillations. And removal of the stabilizer from the screw allows to hope for sorrowly move the model in any conditions (when you close the last stabilizer “feels” more like gushed from the screw than can be explained by a reduced stability of several small cars). 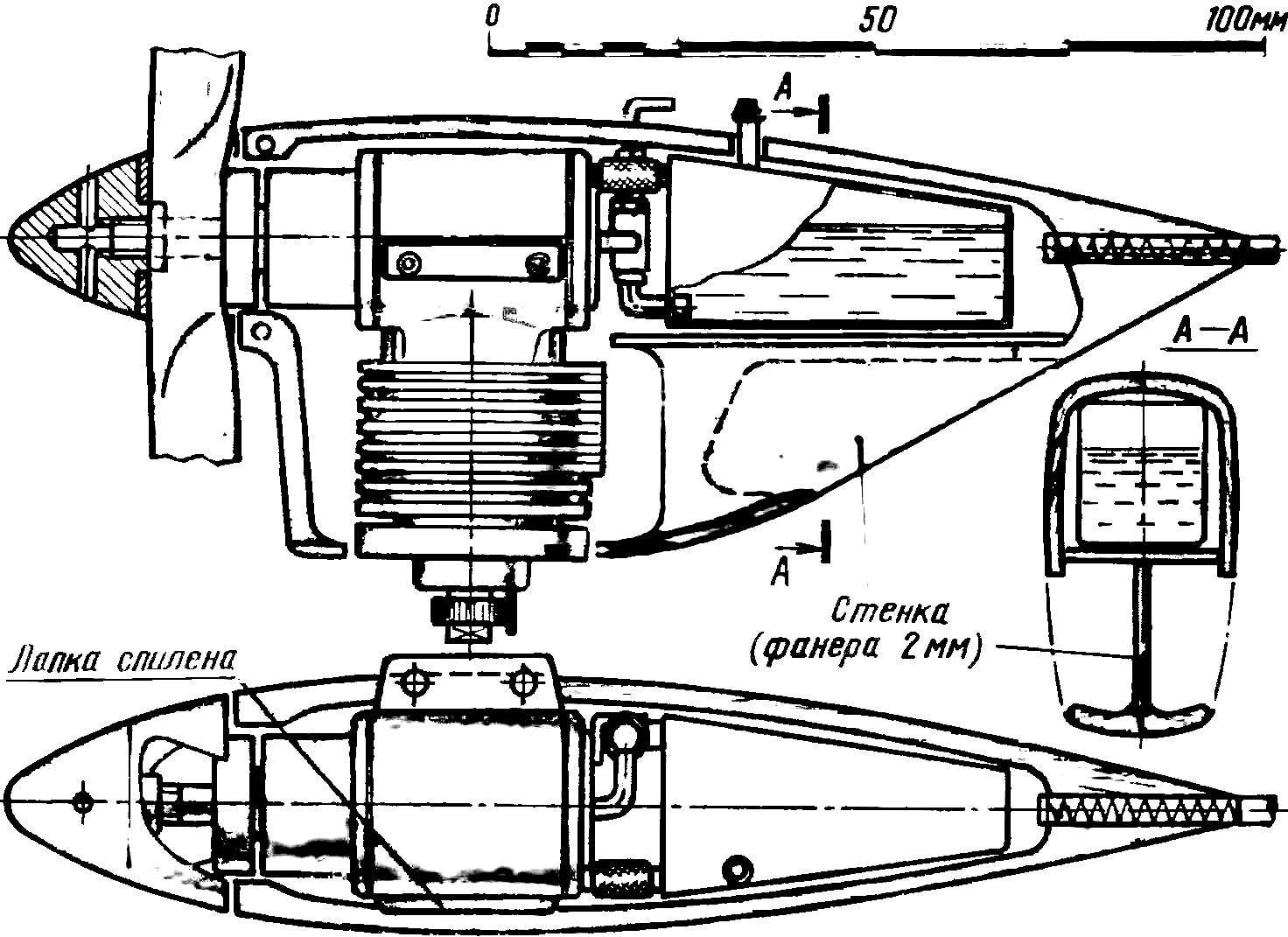 Fig. 2. The design of the model.
As the tail boom used aluminum knitting needle. By the way, due to the small curves of this wire now easy to adjust the angle of attack stabilizatory plane. The stabilizer — balsa at the front and the fake endings reinforced plates, the thickness glued and roughly profiled billet in the center about 3 mm (to the ends is reduced to 1.5—2 mm). Trim stabilizer from fiberglass with a thickness of 0.02 mm privacyrelated only after mounting the parts on the end of the beam. Last work is cleaned, degreased and wrapped tight with a thin cotton thread. By the time the Assembly must be ready and birch boss — the whole site is going at a time, and the boss increases the strength of the connection. Similarly prepared and the front end of the spoke beams to the sealing on the body.
A fairing (enclosure) carved out of a birch. The choice of material caused by strength, and most importantly, the hardness of this wood, is not collapsible in the areas under the screws. A little harder to gouge the workpiece compared with fake, and as for the masses, after winning in 10 g is simply not needed. Power functions, except for the retention of the beam stabilizer, the body almost not bear, as the cord strap is mounted directly on the foot of the engine, and landing gear on his head. The load from the weight of the tank is negligible. 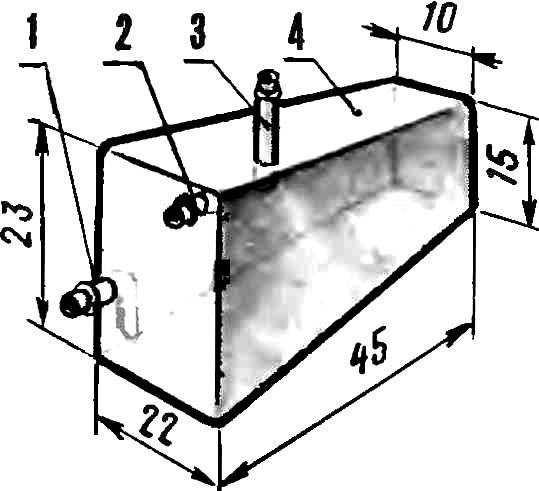 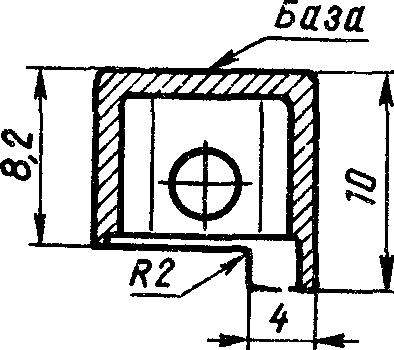 Fig. 4. Finalization of the engine piston of MDS. 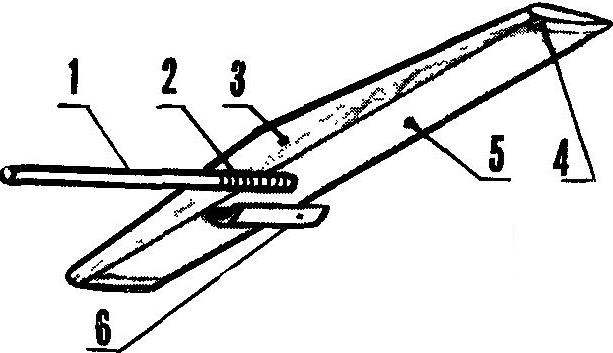 Fig. 6. The tail part of the model:
1 — wire beam, 2 — filament winding, 3 — front flange, 4 — tip, 5 — balsa part 6 — boss.
The “heart” of racing aircar — compression motor MDS-1,5 a working volume of 1.5 cm3. What is the product, members learned during unsuccessful attempts to start externally as a solid motor… Well, at least our colleagues in misfortune, also at the time acquired these engines, published in “M-To” material about improving MDS. It’s great simplified work — all the “quirks” of the product was already known. We will give only the list of modifications. Crushed nests under the bearings of the crankshaft; balancing removed large chamfer on the front of the cheeks of the crankshaft in the area of finger. lightweight and cropped for the skirt of the piston; the expense of filing the axis of rotation of the crankshaft is rejected from the cylinder. By the way, the magnitude of this withdrawal of the material “the wedge” at the end of the Carter is astounding. The connecting rod has ceased to slide off the crank pin to RUB against the spool only when the misalignment of the end face of 0.3—0.4 mm! After that, count on the resource of the connecting rod? However, we modified it. Now he’s bottom-propylene, and in the corners of the slot formed masloudalyayushchie pockets, but…
Regular node carburetor abolished. Remote mounted needle valve not sealing in the tank, and put on a light bracket on the rear cover of the crankcase — so it’s easier to monitor his condition. The fuel supply is pressure bleed from the crankcase through the nozzle-valve.
Cylinder head re-carved from D16T exactly the size of standard steel parts. Last, we considered the due to the mismatch of coefficients of thermal expansion of the materials of the sleeve and the crankcase. Screw adjustment of compression converted from part from KMD, and controlling machined from a Teflon (brand unknown). In order for the engine calibration was not changed with temperature and volumetric expansion of the plastic material, the thickness of kontrpartiya selected minor, and almost the entire surface of the clamp goes through the steel washer with a tapered edge. Tests MDS with a similar node is not given any remarks regarding the plastic kontrpartiya.
The rest of the features the model has. It is only necessary to notice that in this scheme, it is important to ensure accurate fixation of the position of the engine relative to the body. In the nearest plans we have is to remove the negative matrix of the finished model, then to be applied to the wall of the housing made of fiberglass.
Bracket strut main wheel privertyvaetsja to the cylinder head; design of these wheels have been repeatedly described in the journal (the type they resemble aircraft from cord racing models).
In conclusion, one comment on the translation model on skates. Due to traditional beliefs, all snowmobiles run on one Central. But from the point of view of alignment is not profitable! The width of the support model needs to account for the level of the center of gravity of the machine in combination with a cord strap and knot hanging cords, which can be achieved only when a two-track major axis and “inaccurate” balance the height, giving the opportunity to go on one of the side wheels (or skates).
A. ANDREEV, the head of the circle