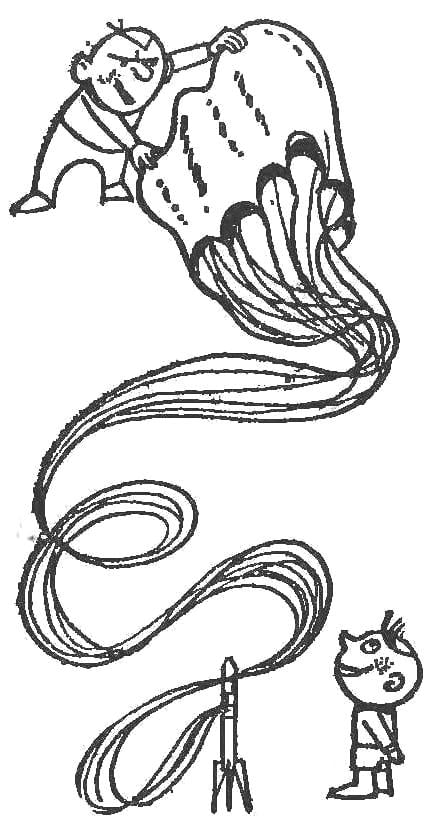 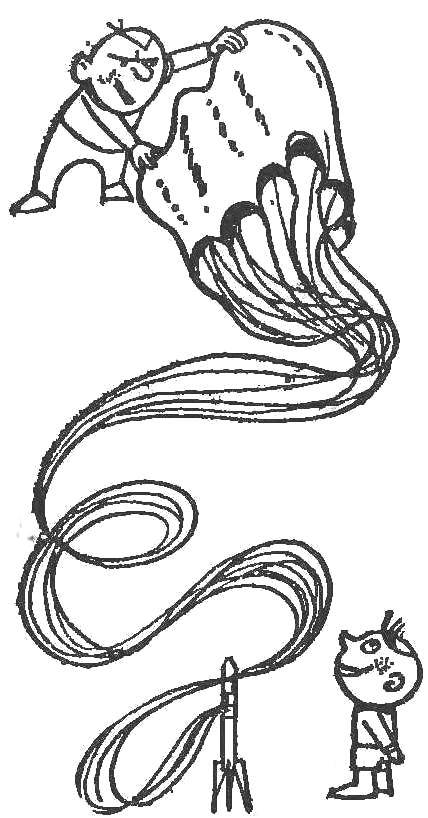 We offer parachute system for more than three years is used by Leningrad on models-copies of carrier rockets of space vehicles. Simplicity and reliability has contributed to our athletic victories. At the last all-Union competitions in Smolensk in 1971, this parachute system was equipped with our model-copies of spacecraft “Soyuz” in grades “K-3” and “K-4”.
The system consists of two parachutes: a main and exhaust. Exhaust Ø 100 mm, made of mcalenney paper is on the engine the last stage of the rocket. The wads of glass wool it is protected from burning when triggered, expelling charge. The shock absorber of the model aircraft rubber connects the pilot chute with a transition farm, carved out of aluminum. The main parachute is a transitional farm, it fills the body of the third stage of the carrier rocket and part of the fairing, the fairing is drilled hole Ø 20 mm. Diameter main parachute 500 mm, it is also made of mcalenney of paper painted in orange color.
The principle of operation of the parachute system is based on the law of inertia. The maximum height of the lifting charge fires, the rocket ejected pilot chute that opens the air flow. While more loaded, the head portion of the inertia moves forward (it is easily, with little friction is put on the transition farm), is removed from the farm, from the body of the 3rd stage in the sky, the parachute. 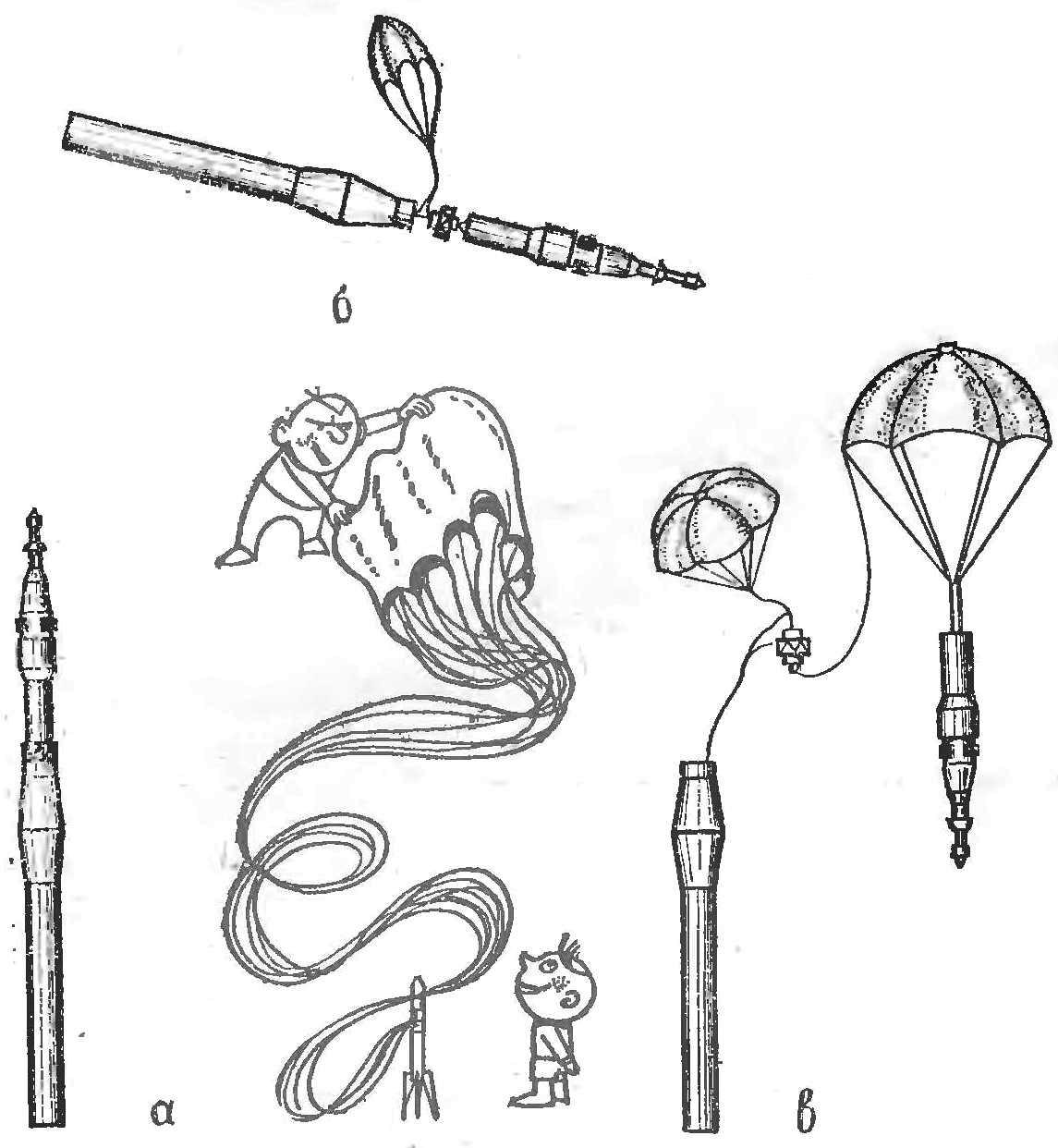 MAIN PHASES OF FLIGHT:
a) vertical; b) erection of exhaust chute; C) opening the main parachute.
Preparing to run the model occurs in the following order: first put the exhaust chute, then insert a transitional farm, the main parachute is removed at the head of the rocket.
To test the system enough to turn the plane over head part down. If the parachute is opened, then the model to go.
V. ALEKSEEV