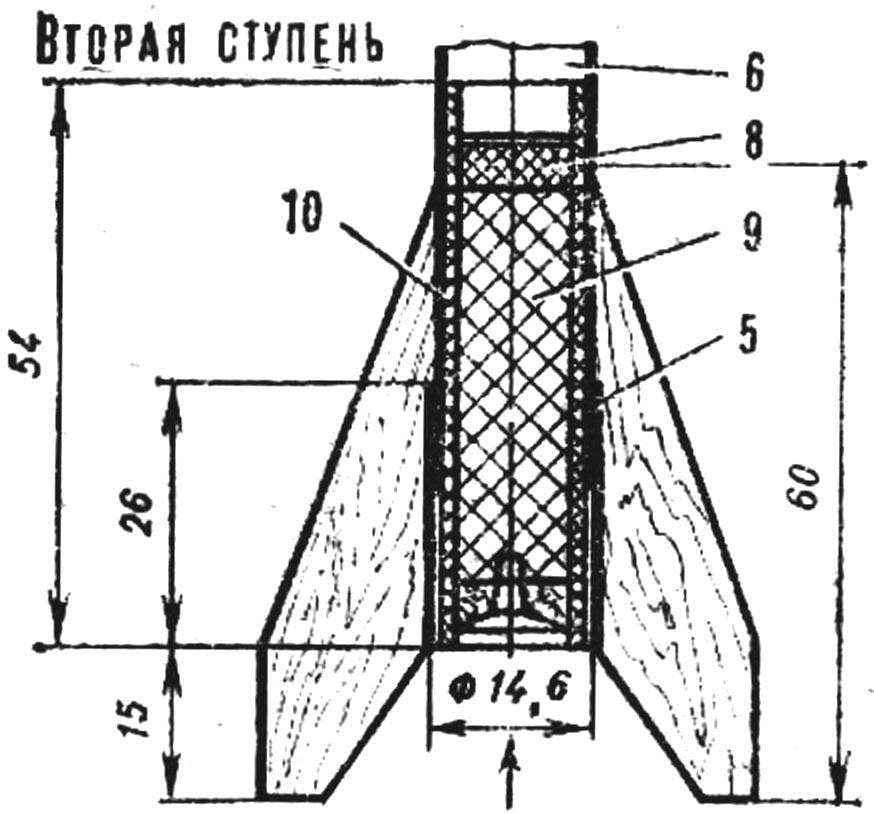 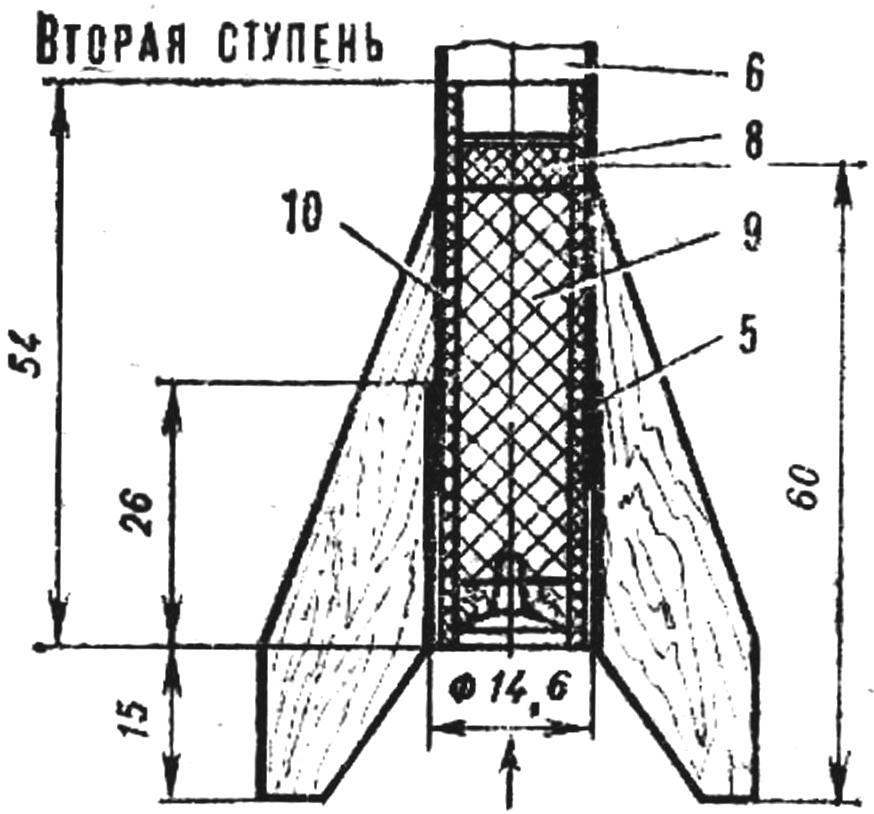 On the Fifth competition of the European championship miniature rocketmodel class S1B master of sports of the USSR Yury Soldatov brought its designer, the title of champion of Europe 1981. She rose to a height of 1046 metres! Design model developed by a team under the leadership of V. Minakova. Thorough testing of the technology, the reasonableness of the scheme made the aircraft a kind of benchmark: with missiles of this type were made by all members of the Soviet team that won first place in the championship.
The model is composed of a two-step option: at the first stage the engine is set MRD-5-3-0 on the second — MRD-5-3-6.
The first stage is laminated in fiberglass and epoxy binder on the mandrel Ø 13,6 mm housing wall Thickness is approximately 0.2 mm, length 111 mm. the balsa Stabilizers cut from plates with a thickness of 2 mm. Guide rings (two of them, internal Ø 5 mm) is installed only on the first stage. Inside the case glue-fixed frame two — force and thrust. Between them is a tube-ognevoj Ø 3.5 mm, it transmitted heat pulse from the first stage engine to the second engine. The internal cavity between the frames is a parachute compartment, it fit the brake, the tape streamer, tie a thread to the tube-Ognevoy.
Parachute compartment is closed by a removable sash — its length is 46 mm, and a width of a quarter of the circumference of the housing. The separation of the first stage of the leaf is discarded from the body by rubber thread and drags the streamer.
The lot of people stage without engine — 6 g. 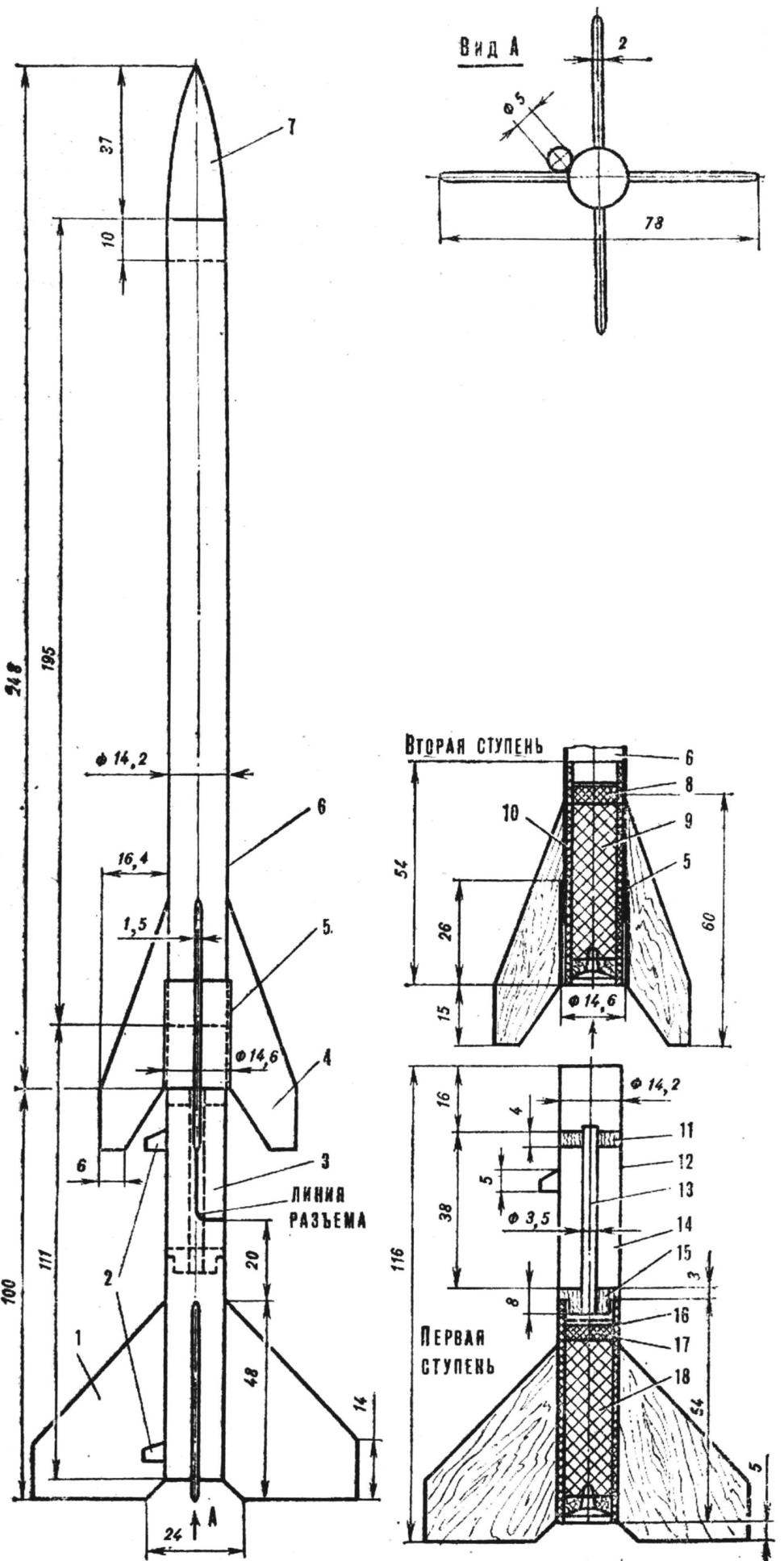