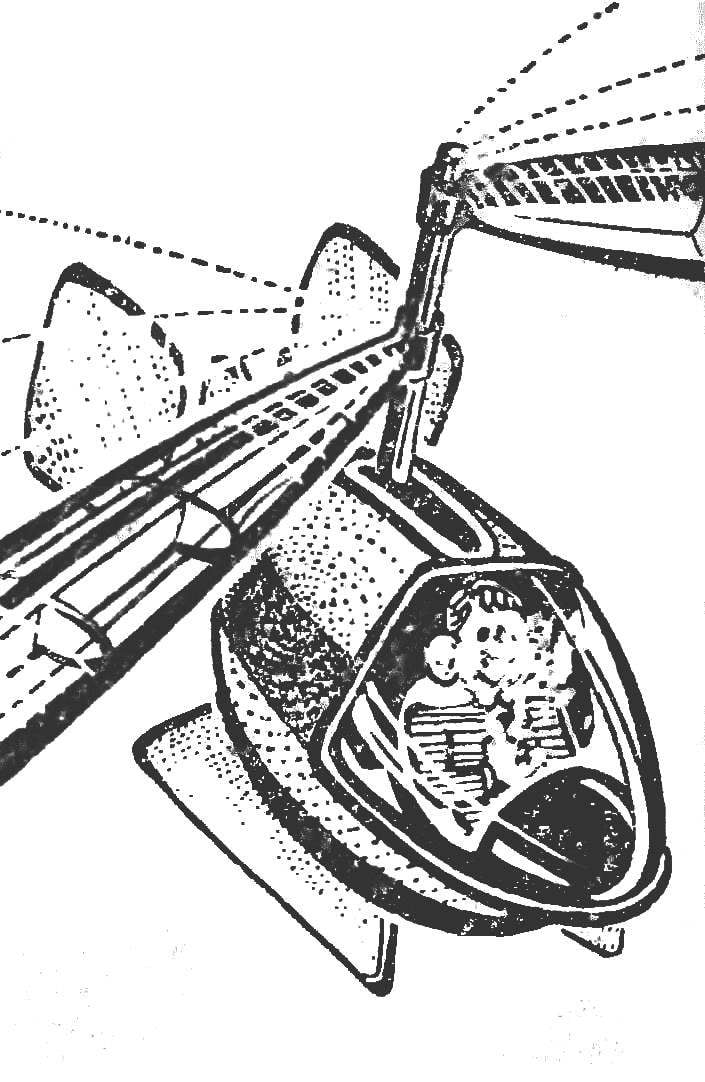 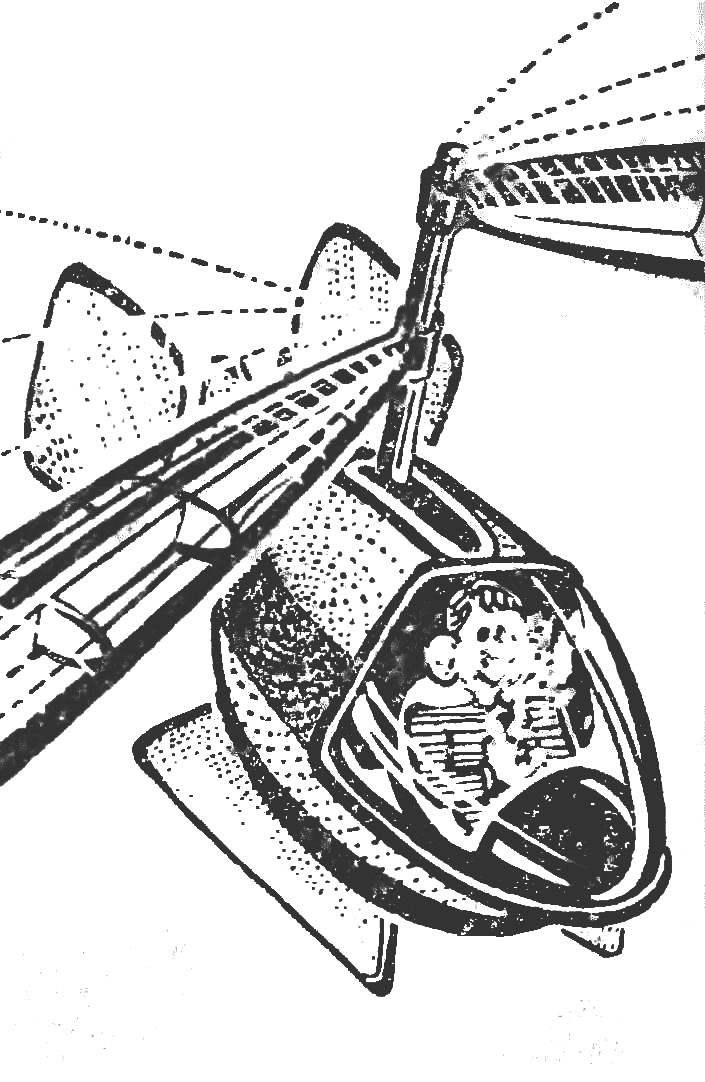 …Model takes off from any position. It was enough to tighten the rubber motor, and two-winged “bird”, vigorously rebounding wings, began the rapid acceleration into the sky. She looked extremely simple. But the plainness of the shape did not prevent her from becoming the prototype of a family of similar vehicles with different engine types and power. They were United on one thing: almost all majority rose steadily skyward. The secret of them, probably, and was in its original simplicity, was originally a perfect Union, mass-inertial and aerodynamic forces…
The mechanism of the flight of a tiny South American Hummingbird is one of the most interesting from the point of view of aerodynamics. The fact that the scheme of the wings of a Hummingbird, perhaps the most simple: they move almost in the horizontal plane and the lifting force on the wing regardless of the direction of motion.
At first glance it seems that to build a sufficiently large mechanical model of the Hummingbird is very simple, but here comes into force the inexorable assumption that masculinizing forces while increasing the size of the mechanism increases so substantially that, perhaps, in nature there is material that can resist them. Make a model sized birdie pointless.
Let us examine more phases of movement of a Hummingbird’s wings. Each of them moves along the arc of a circle; in extreme points of the wing slows down, stops and begins a new phase, with the angle of attack is reversed.
But should blindly copy this process on the model: why, in the end, to stop the wings in “dead” spots, not easier, without interrupting the stroke of the, skip the left wing to the right side of the model, and right at the same moment of time accordingly to the left. 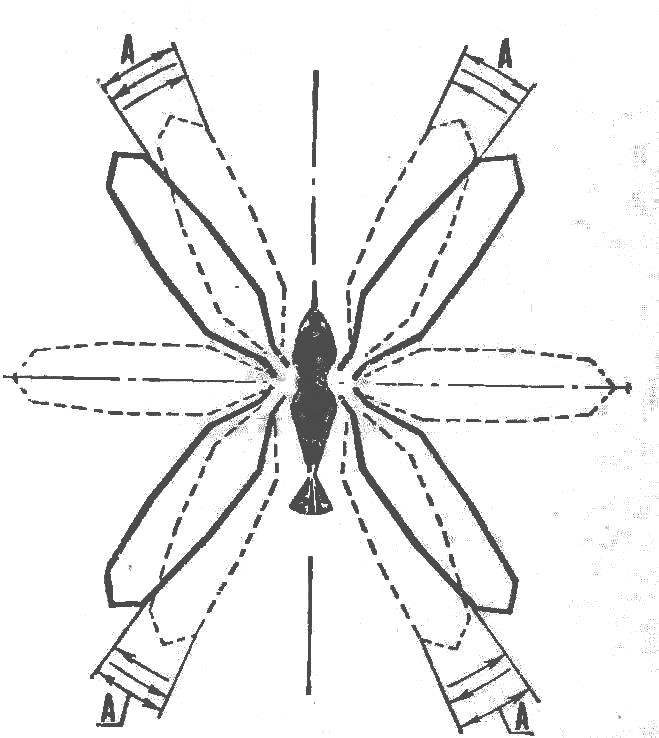 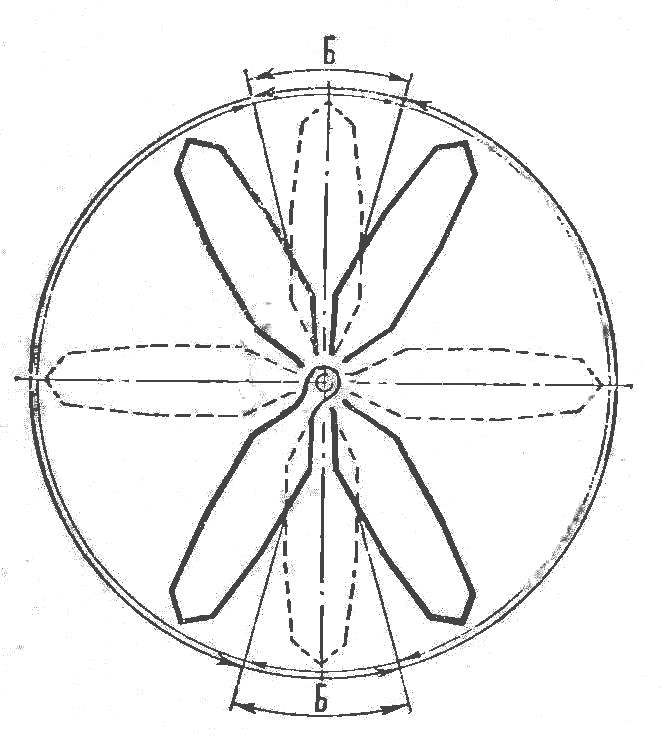 Mapping the movements of the wings of the Hummingbird and its mechanical model:
A sector changes the direction of motion of the Hummingbird’s wings, and invert their angle of attack; B — sectors of the interchangeability of the wings of the model.
Place the wings in two parallel planes — roughly the same as the screws of the coaxial helicopter. First bearing plane goes spinning towards each other; close to the plane of symmetry of the model there will be a so-called interchangeability: the right wing will become left and Vice versa, left — right.
Despite this difference from the prototype, flight model practically will not differ from birds. Even purely visually creates the illusion that “polovinny” not spinning, but making a flapping motion in the horizontal plane. But, of course, are not external similarity, and in the physical basis of the effect.
Let us examine in more detail the similarity of the mechanisms of the flight model and the prototype. The wing of the Hummingbird makes a Mach in a particular sector of the circle. The same sector can be identified and the model, in practice it is approaching a semi circle, but not equal to it. In sectors Maha (the hummingbirds) wings are moving forward, followed by their instantaneous stop after which they begin to move backwards, the angle of the attack is reversed.
Like a bird, and the model can be detected by two quadrant located in close proximity to their planes of symmetry: the Hummingbird is the sectors the changes of the direction of movement of the wings and the inversion of the angle of attack, and model — sectors of the interchangeability of the wings.
In latest wings model as the swinging system not working: effectsmake completed some time before the moment when the plane will be aligned on the longitudinal axis, and starts only after they have passed is the position close to the axis of symmetry. Physically the sectors of interchangeability are defined as areas of transition from the regime of the stroke in one direction in the mode of the wave in the other.
So, we can draw two conclusions. The first is that of the Hummingbird, and the model on the right and left of the plane of symmetry clearly marked sectors of beating wings. They are adequate in both cases performed the same work in these sectors as the wings are flapping system. And the second is near the plane of symmetry sectors are changing the direction of movement of the wings and change the angle of attack (the hummingbirds) and sectors of the interchangeability of the wings and change the angle of attack (the model). In either case, they performed one function — a smooth elastic changes of the direction of movement of the wings with a corresponding change of angle of attack. 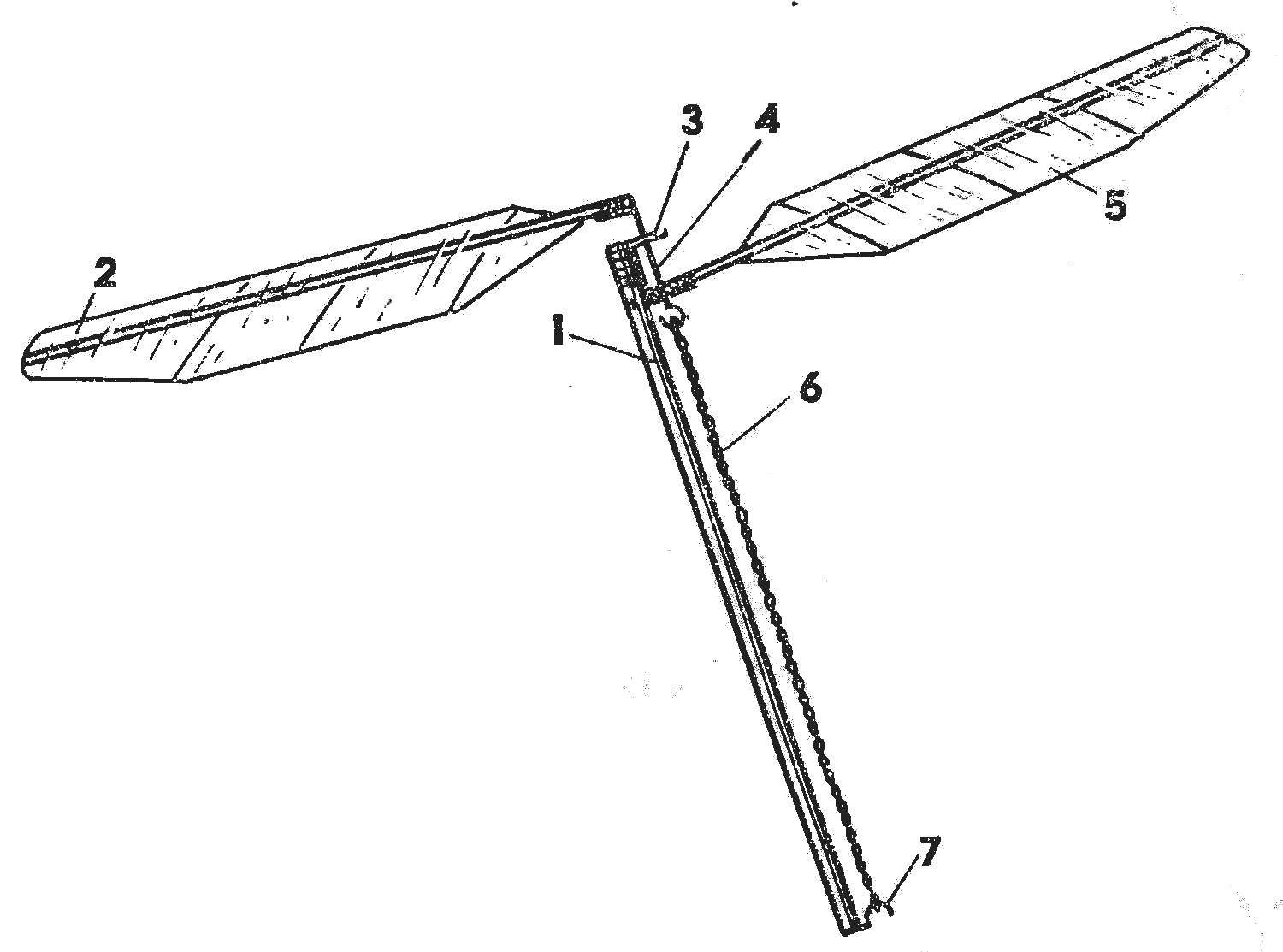 A simple model mahalata with resiolution:
1 — rack-fuselage, 2, 5 — wings, 3 — bracket-bearing, 4 — axis upper wing, 6 — rubber motor, 7 hook.
Look at the picture. Isn’t that the model is quite simple and resembles the famous rezinomotornaya schematic model of the coaxial helicopter? The only difference is that the familiar sight replaced with propellers rotating in opposite directions does not seem to be balanced wings.
But this neurobiochemistry apparent. If we consider the process of the motion of a wing or if you prefer, paloviita, taking into account not only the mass-inertial forces, and aerodynamic forces, it appears that inertial instability is accompanied by the aerodynamic unbalance. As shown by experiments with such models and the subsequent comprehension of the obtained results, the mass-inertial unbalance is in the opposite phase with the aerodynamic neuravnoveshennoe. The principle of autostabilization such a device — in the complex force on the wings forces — the aerodynamic and inertial. This is what allows you to believe such a device is not a helicopter with coaxial rotors and mahalla machine with flapping wings.
L. ATLANOV, Nalchik