The magazine “M-K” in the last few years has published a number of interesting patterns with rubber motor, with an unusual decision nodes, and technological methods of their creation. Let “garbage weed” from their schemes, to design, we think, a very good and promising machine of the class B1, which combines not only good flight and operational characteristics, but also the manufacturability at a maximum nedvizimosti raw materials.

“Inspirations” for the new development was triggered by two previously published designs: rezinomotornaya B1 with very simple “schematic” wing and do a schematic model with folding a single blade propeller. In the first development of the most valuable we thought the approach to the design of the fuselage part, presented a power tube (two layers of cardboard with a thickness of 0.2 mm), passing in the simple catching of the tail boom. Schematic diagram of the wing with two power edges a cross section of 4X4 mm and 17 ribs-strips cross-section 2 X8 mm (I) we have considered too peretyagina, in low torsional stiffness and is not too high aerodynamic characteristics. The same applies to the “schematic” tail rezinomotornaya. From another article most attractive for class B1 it seemed to us the decision node of the propeller: when producing juniors “tolomatic” is clearly more advantageous, as in the classical two-bladed performance clearly present the losses due to the asymmetry of the profile and stiffness characteristics of a pair of blades.

Do note that the wing of the new model was designed with a view to further transfer of proven technology for championship technique. Therefore, although it is quite easy for machines of the class B1, it is visible tangible reserves of strength and stiffness sufficient to create the wings much larger and elongation.
The basis of the technology is the establishment of “in-line” production of lightweight and durable ribs with ideal contours. Some intricate tooling for this is not necessary — enough to prepare a small wooden tile with a profiled surface and two pairs of metal patterns (to cut the foam filler and for doshlifovke it after gluing to the workpiece the lower border of the ribs).
The process of making a block of the workpiece is as follows. First the tile is polished lime or aspen veneer 0.7 mm thick of any width, ranging from 15-20 mm (to glue the cut strips into a single sheet there is no need), and a length of about 130 mm. the edges of the veneer are pressed against the surface of the tile band-skochem, and by marks on the tile and mark the edges of the working area. Veneer is covered with a light layer of Amalita (to prevent excessive absorption of the adhesive), and after its drying apply epoxy at the rate of approximately 0.3—0.4 g/dm2. Immediately thereafter, the superimposed pre-cut foam piece, which prior to polymerization of the binder is pressed through the thick foam padding supplies. As the foam filler is cut along the upper generatrix of the profile with a reserve at the rear, it is necessary after sticking to these allowances. For this purpose a rectangular bar fixed at the center of the sandpaper, which should slide attached to the side edges of the metal tiles templates (working loop end is based on the thickness of the top border of the ribs). The result of lacing in the rear of the ribs, the foam needs to be practically removed on a strip of width of about 5-7 mm. 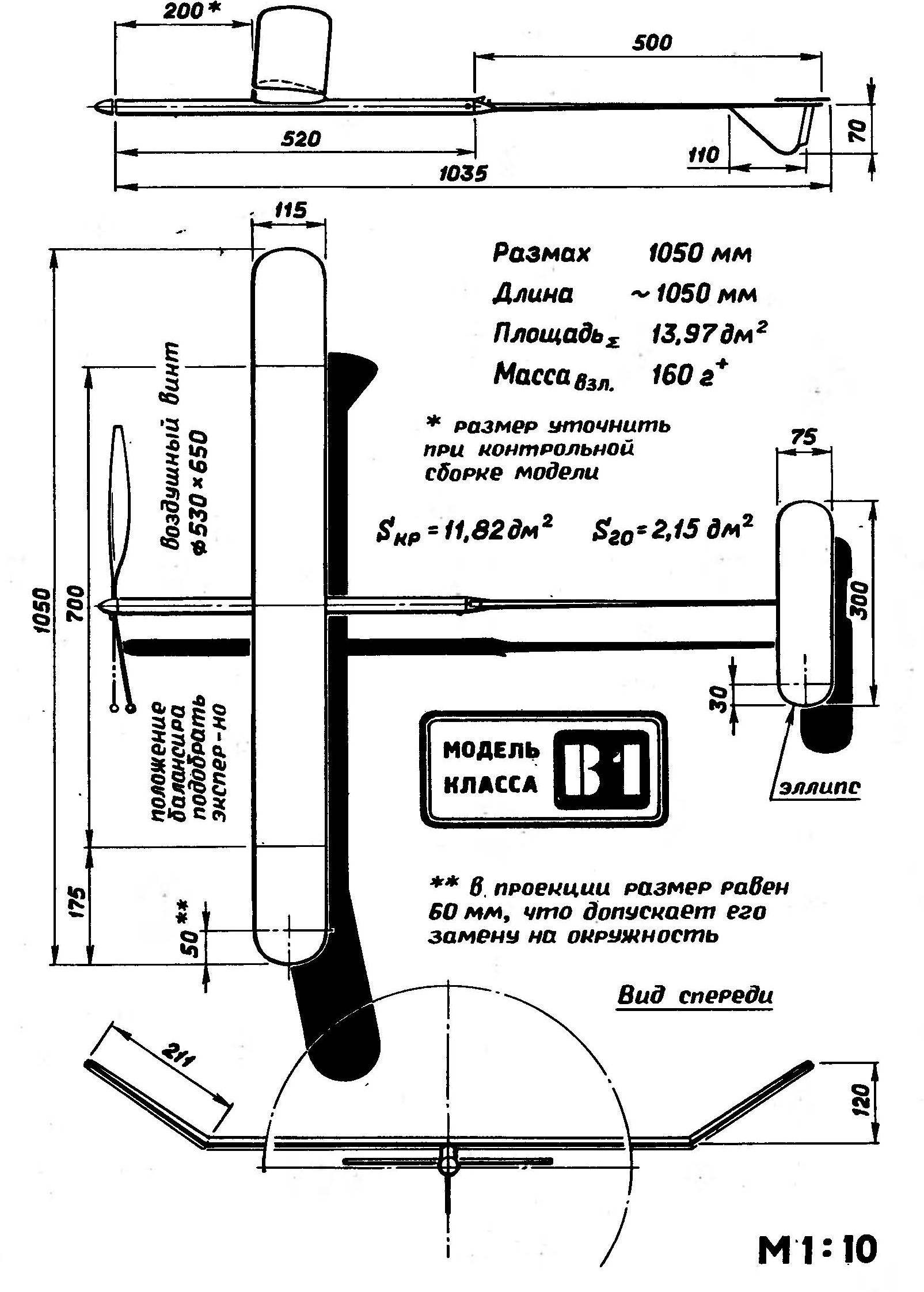 Fig. 1. The main parameters of the model school class.

R and S. 2. Profiles of the wing and stabilizer is 1:1.
On the profile wing shows the location of the filament of turbulence 0 to 0.6 mm.

Fig. 5. The motor part of the fuselage:
1 — nasal insert with the bearing housing of the screw shaft (made of anodized aluminum; wall thickness throughout the part is 0.5 mm; if desired, the nasal protrusion ennobled with foam or an easy Linden to the ogive shape), 2 — power pipe (vikla-ka of Kraft paper ia the epoxy adhesive; the total thickness of the pipe wall must be equal to 0.4 mm), 3 — pylon wing (light lime, or aspen; after profiling the cradle deformeaza plywood wing plate width of about 30 mm, glue bamboo pins under the rubber strip and the front and rear of the cradle along the axis of the hemispherical protrusions are 0 to 3 mm so as to coincide with corresponding depressions-cavities in the lower edges of the Central ribs of the wing), 4 — back panel (dural part with wall thickness 0.5 mm). 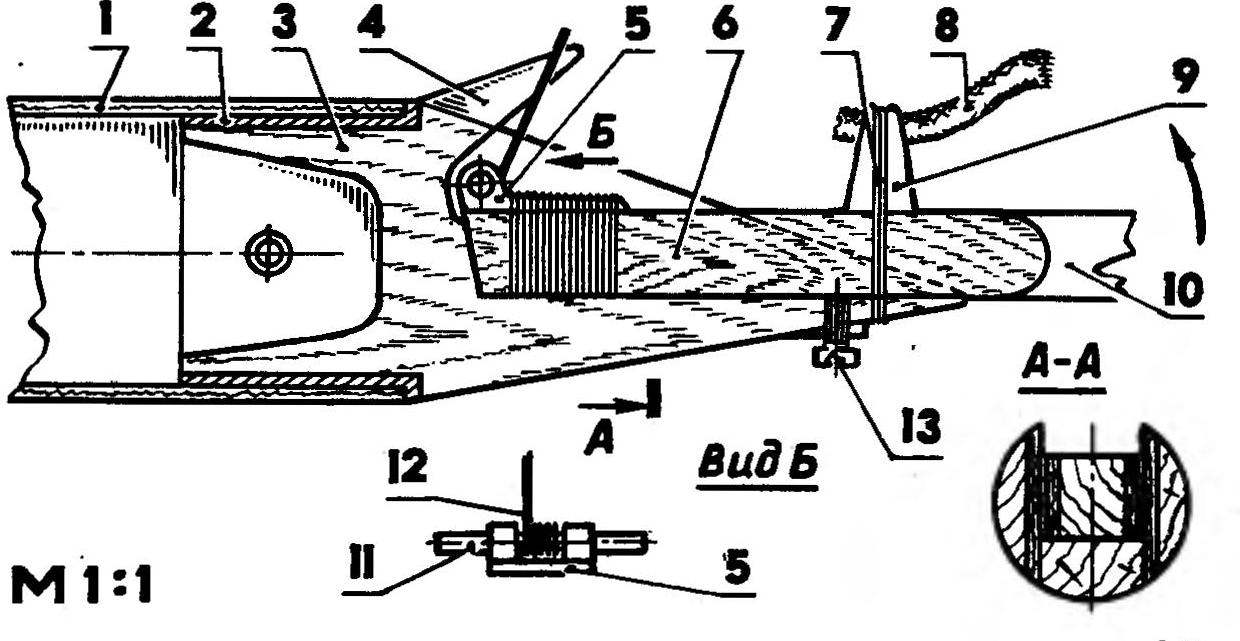 Fig. 7. The site of attachment of the tail boom:
1 — pipe of the engine fuselage, 2 — rear insert motor part, 3 — boss-perehodit (team detail three fake plates with spacers of mm plywood; the center plate must be calibrated in thickness in strict accordance with the overall width of the tail boom with lining; after the Assembly and control of detail is handled on a lathe with front), 4 — the emphasis for fixing the beam vaccinatum position (0.8 mm aluminum), 5 — loop hinges of the beam (made of anodized aluminum; when mounted on the beam by means of threads with epoxy glue to the wrapped area of the beam to Shine the material under the thread size 0.4 mm), 6 — tail boom with lining, 7 — thread fixation of the beam in the working position, 8 — wick of determinator, 9 — forked pylon to install perejaume thread wick (aluminum), 10 — tail boom, 11 — axis of the sample beam (OVS wire diameter 1,5 mm), 12 — spring is a translation of the beam in tilted position (OVS wire diameter 0.5 mm), 13 — the screw of adjustment of the beam in the working position. 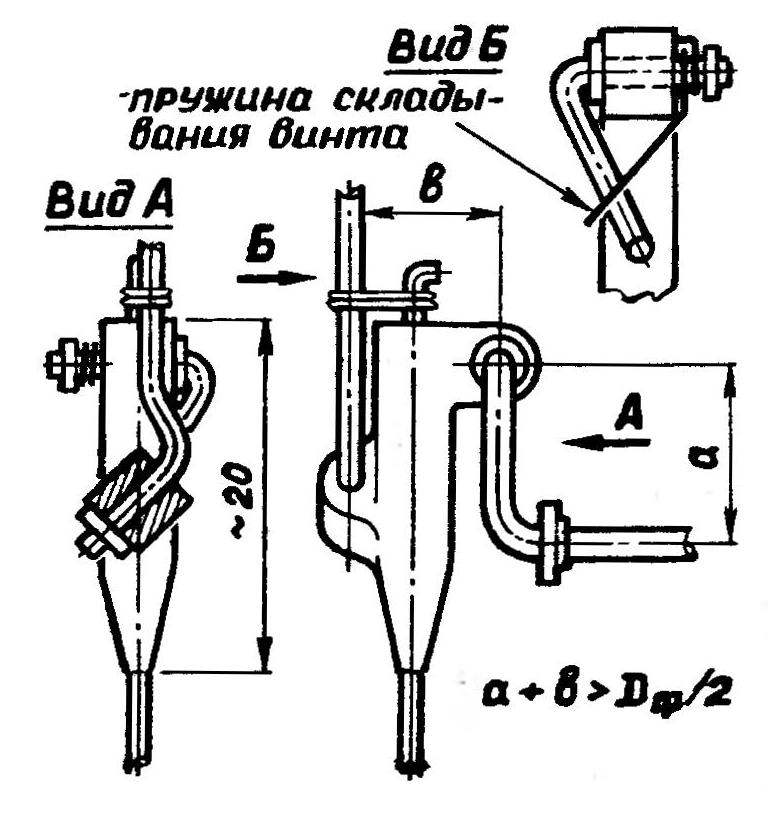 R and p. 8. The hitch mechanism of the propeller with automatic change of the step. The following is the condition for the free folding of the blade depending on the cross pipe of the engine fuselage DF. 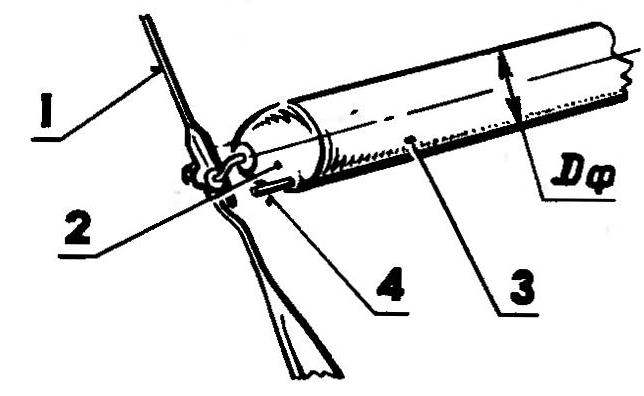 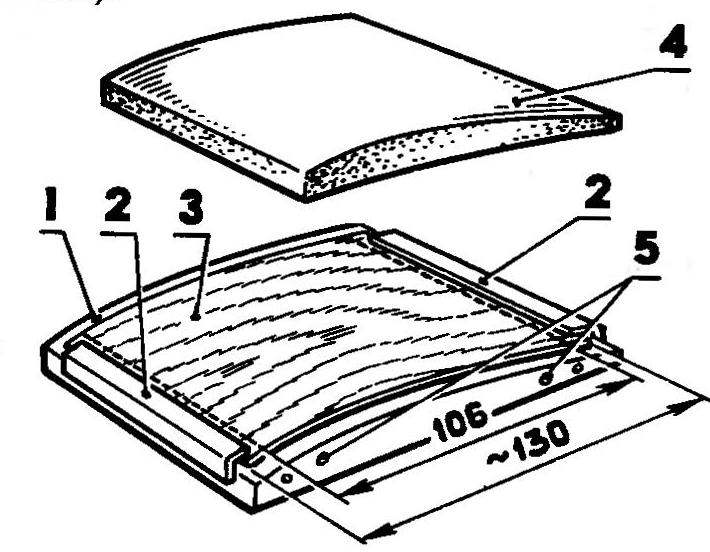