Offer paired schematic model made in model aircraft laboratories of the station of young technicians in the city of Nikopol. Structurally, it is a “aviamarch”, consisting of carrier-glider attached to the carrier special locks rezinomotornaya model airplane.
To accelerate the separation of model aircraft from the airframe of the carrier 9 is elastic, we stretch before running. Like a catapult, the rubber band “shoots” a model of the aircraft forward and upward. Released simultaneously folding propeller model airplane, and it flies independently.
Glider carrier. The fuselage with the pine rail cross — section 10X10 mm, in the bow reinforced front abutment of the two plywood plates and steel forks. In the rear bottom to fasten the stabilizer and fin are made from pine stringers. The second mount model airplane made from steel wire Ø2 mm. the Wing is rectangular in plan with rounded consoles, front and rear edges — with variable section — pine; rib — lime. The wing is attached to the lower plane of the rod of the fuselage with a rubber band, and can move in the adjustment process.
Hook for towing “aviamatki” — steel wire, shaped, fixed at a distance of 1/3 of the chord from the leading edge. 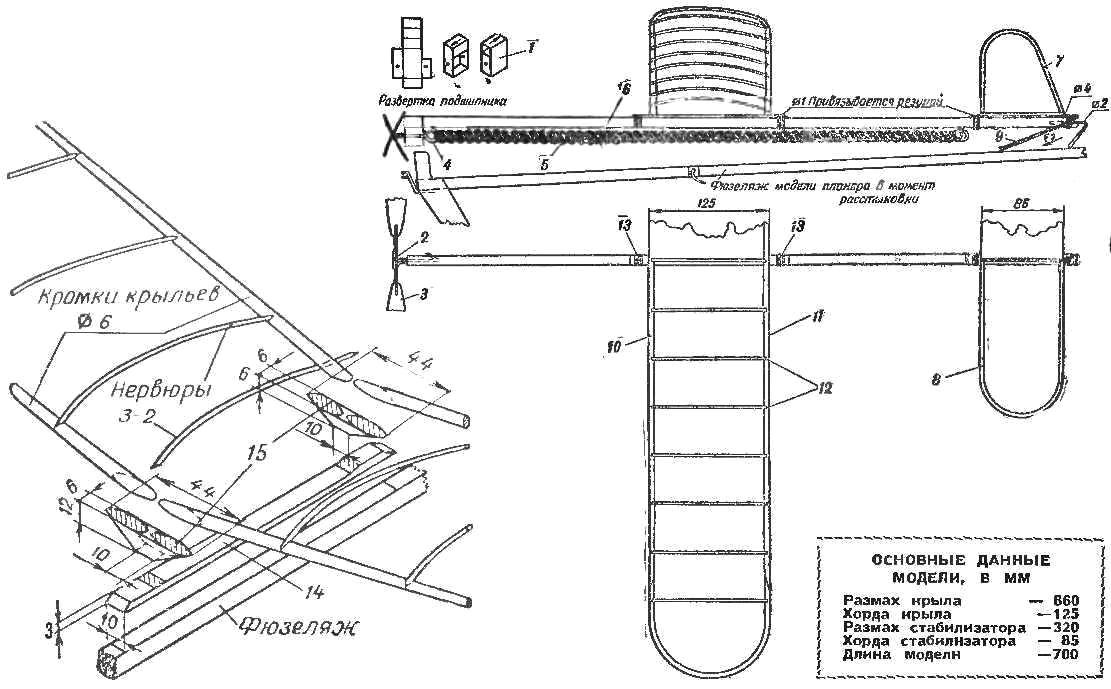 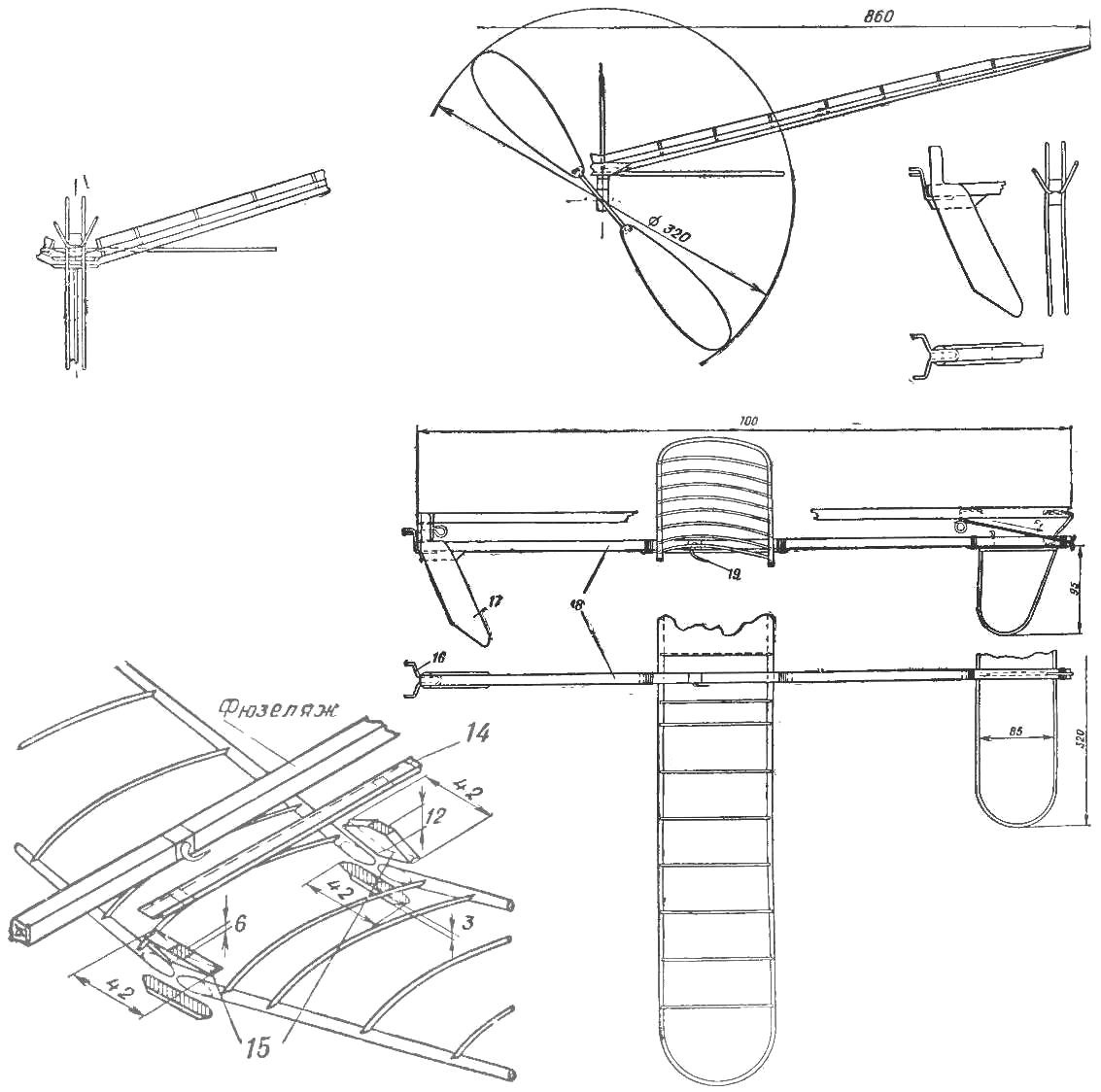